Beyond PlayStationCastle of No Escape 2Game Reviews
No Comments 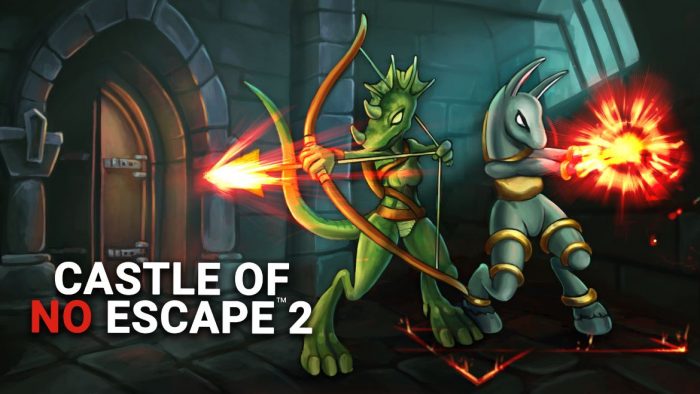 In Castle of No Escape 2 from DEX Team and QubicGames, you’ll be taking on is an old-school inspired top-down dungeon crawler on Nintendo Switch. The game is set a year after its prequel, as a new set of heroes enters the castle. Why? Because darkness never sleeps! Your task will be to collect the gem artefacts and the true fragments of The Sword, which has been split. You’ll do this as you explore each of the rooms in the castle, destroying all monsters in your path, avoiding deadly traps as your chosen hero makes its way to the final battle. 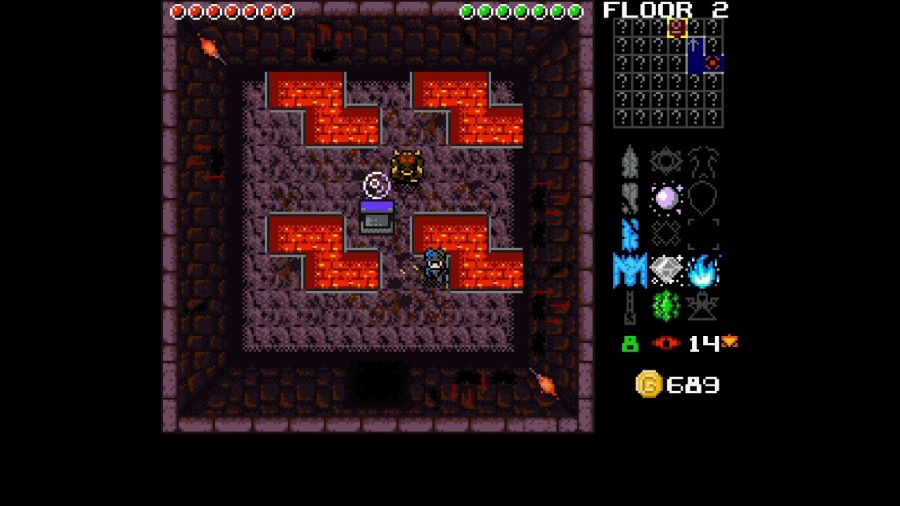 There are six characters you can play as, each with different stats and abilities to consider. There is, for example, a Guardian human, who is the slowest of the group, but the one with the best armor. He can attack with a telescopic spear that will deal extra damage when it’s retracting back. The Huntress is a lizardian who is weak but very fast. She can use arrows to attack enemies from a safe distance. You could also take on this journey with the Cardinal, a N’Rgon with powerful attacks that can destroy enemies in one go. The other three characters must be unlocked.

The game includes an old-school inspired digital manual, which you can check to get a better idea of what you’re going to be going up against. You’ll move your character with the left analog stick or the D-Pad, using your standard attacks with the B button, or nimble attacks, which are more effective but consume dexterity, with the A button. The Y button will be used to interact with objects, such as stairs, slot machines, or vendors you can trade with to obtain better items. 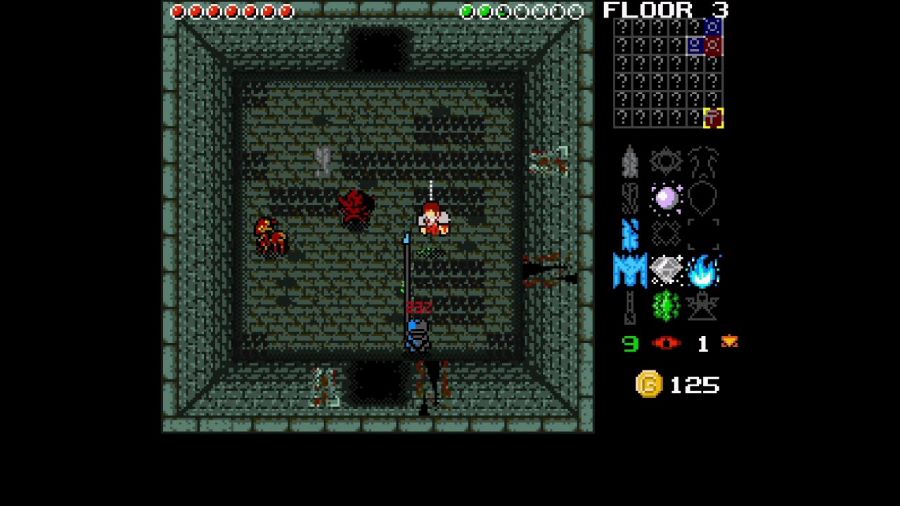 There are many things for you to interact with. There are statues, which can either curse you or grant you an extra ability, stairways that allow you to progress to another floor, slot machines on which you can spend your money to either win a prize or summon an enemy, vendors that sell potions and other items to aid you on your quest, anvils you can use to upgrade and repair your armor, chests that will contain potions, shields, armor, gold, or perhaps a monster waiting to ambush you, emblems that can be placed on armor to boost it, books that will kill all enemies in the room or stick to your hands, preventing you from attacking.

As you explore each room, you’ll run into a variety of enemies to defeat. They’re all deadly if you don’t act fast, so be ready to destroy them! There will be goblins, ghosts, harpies, centaurs, spiders, lamias, reanimators, salamanders, mummies, golems, gargoyles, doppelgangers, polymorphs, and even a lich! As a heads-up, I suggest you defeat reanimators as soon as you spot them because they can bring back to life other enemies you’ve already defeated. On top of this, there will be hazards to avoid, such as lava, the always classic sharp spikes, lava, blades, and more. 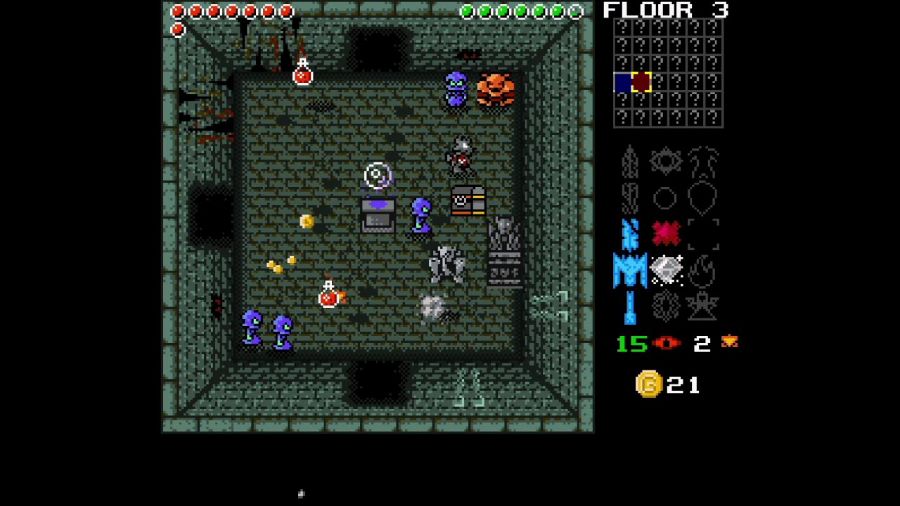 Castle of No Escape 2 features an in-game achievement system, with a variety of objectives for you to complete as you try to 100% the game. There’s one for always leaving a room within 30 seconds, for not picking up any armor, for not grabbing any shields, for collecting a false sword, completing the game without receiving any damage, playing the game for more than 10 hours, collecting 1,000,000 gold, watching 50 and 100 enemies die from traps, getting 666 kills, and for not killing any monsters, to name some examples. 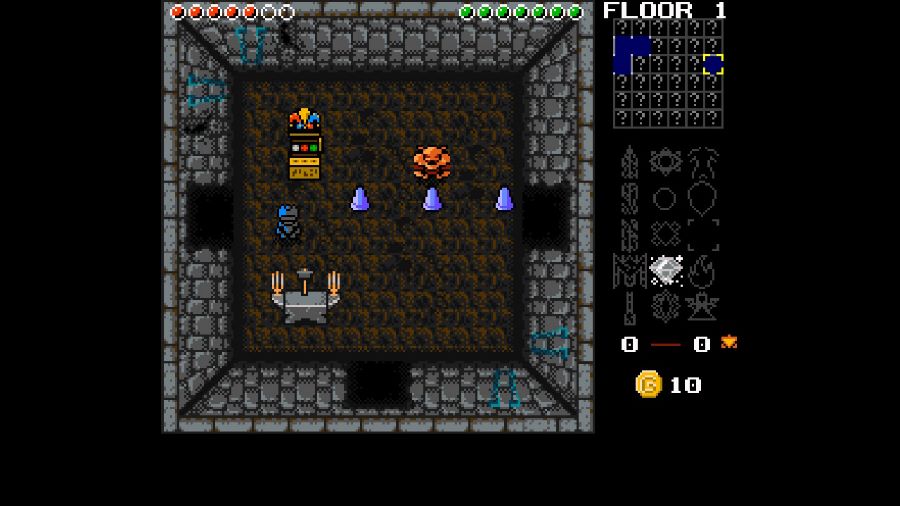 Castle of No Escape 2 is a fun and challenging roguelite dungeon crawler with an old-school look and feel, as the action takes place in 4:3 single rooms – of death – as you try to put together The Sword and collect the gem artefacts that will allow you to save the day. Castle of No Escape 2 is out on Nintendo Switch with a budget $4.99 asking price.

Disclaimer
This Castle of No Escape 2 review is based on a Nintendo Switch copy provided by QubicGames. 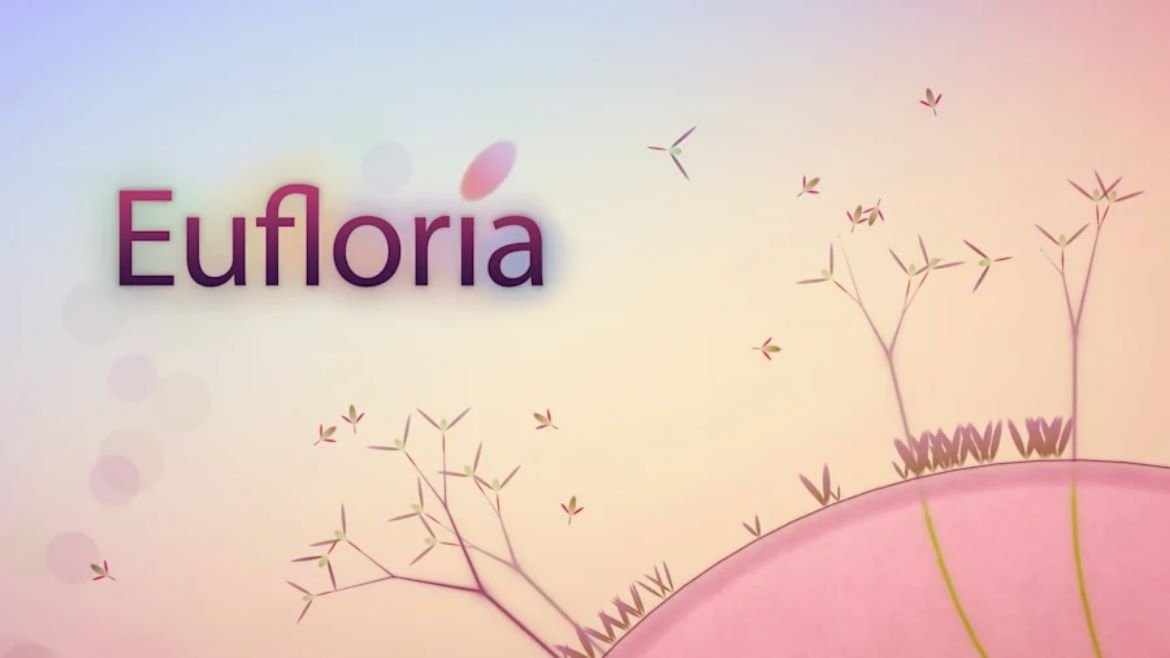