Game ReviewsWindfolk: Sky Is Just The Beginning
No Comments 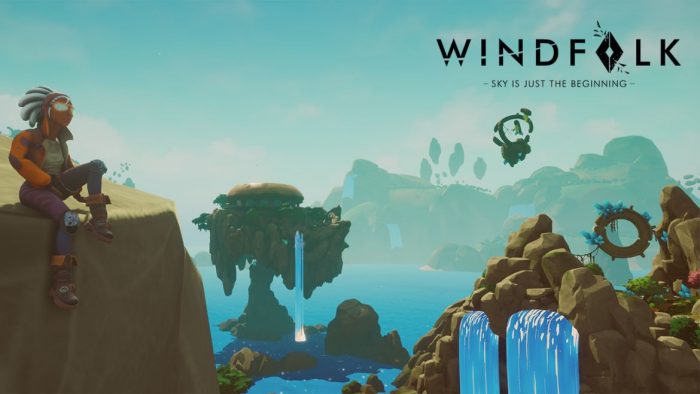 In Windfolk: Sky is just the beginning from Fractal Fall, Sony Interactive Entertainment and Gammera Nest, you’ll be playing as Esen, a member of the rebel forces who is fighting during the war on Eurian. The game is a third-person aerial shooter, in which you’ll be alternating between exploring each stage at full speed ahead, and taking on the members of the Coalition you run into, as you try and stop the corrupting energy from spreading through Eurian. Do you have what it takes to save the day? 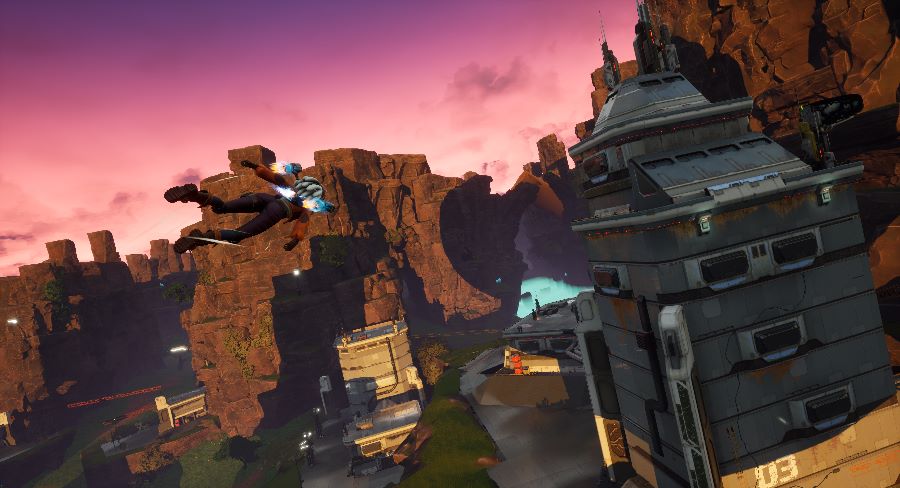 The game is split into two game modes: Story, where you can take on Esen’s journey through eight campaign missions, and Arcade, where you will play over seven stages that present new challenges to test your combat and flight skills. In the Story Mode, you should also keep an eye out for the collectibles you can grab in each chapter to add new entries to Esen’s Journal. These collectibles will look like big glowing rhombus, and will give you some additional insight into the world of Eurian.

Your character can walk around on land, and by pressing the X button you’ll jump and then activate your jetpack by holding down the button to ascend. When in Combat Mode, you’ll be moving your character with the left analog stick, moving the camera as you aim with the right one. The R2 button will be used for firing your weapon, while the R1 button will trigger your secondary shot. You can dash with the Circle button to quickly avoid danger, and you’ll have skills to set to the Square and Triangle buttons. By pressing and holding down the L2 button, you’ll enter Turbo Mode. 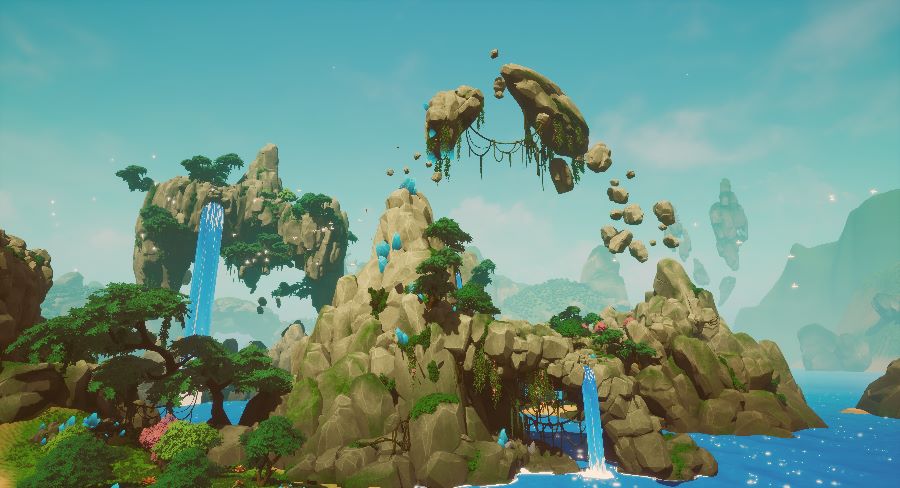 While in Turbo Mode, you will accelerate and slow down by pressing up or down on the left analog stick, leaning left and right as needed. You can do a barrel roll with the Circle button, and if you press in on the left analog stick, you can activate Nitro Mode, for an even bigger boost to your speed, but you do need to be careful because this will use up some of your available energy. You should check the energy gauge on the bottom left corner of the screen.

You can press and hold down the L1 button to open up the radial menu for Esen’s skills and weapons. Weapons will be located on the right side of the radial menu, while skills be shown on the left side. Depending on the chapter you’re playing, some weapons and abilities will be even more useful than others. If there are too many enemies to fight, using an ability to squeeze them all together on the same spot as you launch a charged-up attack that will unleash a chain reaction effect will prove to be very useful. 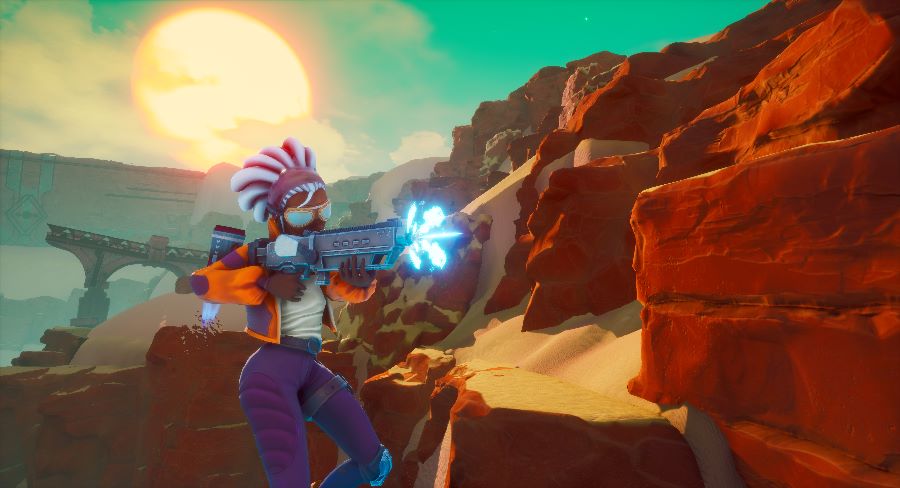 Each level you take on will allow you to fly around at high speeds, but there will be limits to where you can travel to. The game will let you know you’re about to leave the playable area once you’ve gotten too far away from the areas with mission objectives, and will have you readjust accordingly. Battles with enemies will take place in arena-style domes that will pop over specific areas, so that you can’t just fly away from a fight if you’re not doing well. As long as you pay attention to the icons that let you know when an enemy is about to attack and dash out of the way accordingly, you should be able to survive. Grabbing a health pick-up when you’ve suffered considerable damage is also not a bad idea!

Windfolk has a full trophy list for you to work your way through, with trophies split between the Story and Arcade Modes. While there are 15 collectibles in Windfolk’s Story Mode, you only need to find 12 of them to unlock one trophy in particular, which gives you a bit of extra room for missing some – although you can always replay previous stages if you want to get all of them. The other trophies will be tied to using each of the abilities and weapons you unlock as you progress through the game, as well as from using the special secondary shot for each of the weapons. 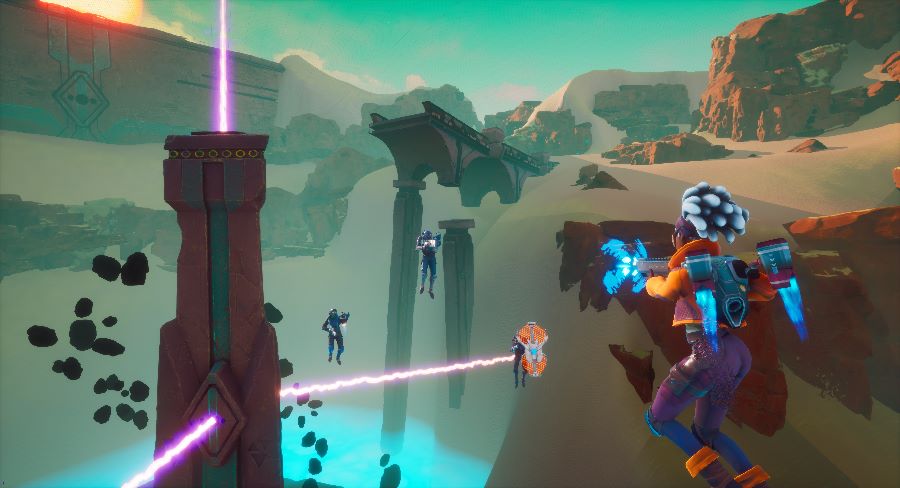 Windfolk: Sky is just the beginning is a fun third-person aerial combat and exploration game on PlayStation 4. It features a streamlined gameplay experience that at times might feel a bit linear, but it offers a Story Mode with voice acting as well an Arcade Mode that will test your abilities as you aim to beat the clock during races or try to defeat the onslaught of enemies that will come after you. Windfolk: Sky is just the beginning is out on PlayStation 4 with a $14.99 asking price.

Disclaimer
This Windfolk: Sky is just the beginning review is based on PlayStation 4 copy provided by Sony Interactive Entertainment.