Anodyne 2: Return to Dust combines the thrilling scale and cinematic storytelling of 3D games with the tight design and easy-to-pick-up satisfaction of 2D action adventures. Explore gorgeous and haunting locales, speak with strangers, and make both friends and memories along the way.

Although this game is a sequel to the first Anodyne, the world and characters are completely new. There are some ties to the first game in terms of themes, but you’re not required to have played the prequel to understand the story for this new release. As you start the game, Nova wakes up and is greeted by Palisade and C Psalmist on television. They explain that you are currently inside an egg and have to ride the Hatchline to leave it and truly begin your life. 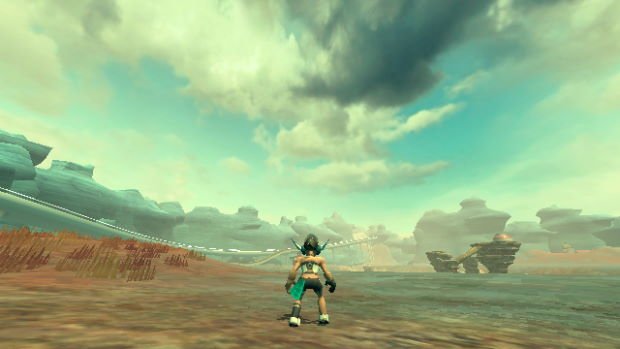 Once outside, you’ll learn that you are in a world that is at war with what they call the Nano Dust, something microscopic that plants itself in people’s organs until it grows to a point where it will obliterate the host’s identity. As a Nano Cleaner, you are tasked with finding people infected with Nano Dust to go inside their body to remove all this Dust and help reverse the tide against it.

When you’re exploring around the city, the game plays from a third-person perspective with some platforming elements. You move around with the left analog stick, and you can jump with the X button. You also have the possibility of doing a double jump or holding down the X button to glide in the air. By pressing the R1 button, you can transform to Ridescale form to drive around and moving at a faster pace. The Square button is used to shoot a spark, which you can launch at people with Nano Dust inside them to eventually open a Nano Point to enter inside of them. This triggers a small sequence where you have to press the corresponding direction with what you see on screen, similar to a music rhythm game until your character reaches the person and can enter inside of them.

Once inside, the game changes into a top-down single screen perspective for the Nano Cleaning part. You still move around with the left analog stick, and you can use your vacuum by holding down the Square button and then pressing it again once you’ve sucked something in to shoot it back. This opens the whole puzzle aspect of the game. At first, you’ll only vacuum blocks that block your path, but eventually, different twists will complicate things. For example, there will be places where vacuuming a single enemy will close a gate or things like water slime enemies that you have to vacuum and shoot back at the fire on the floor to be able to cross the path. If you fail, you can simply exit the screen and come back in to try again. 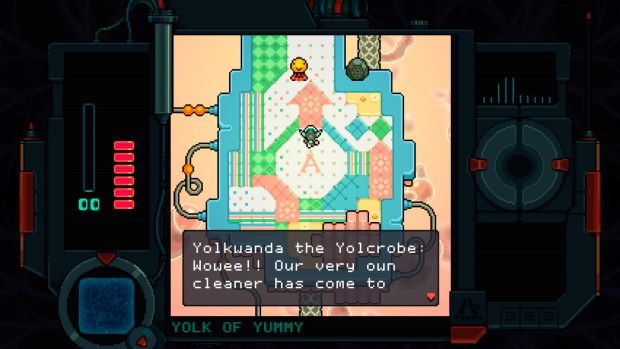 With two unique visual styles, I found myself really enjoying the look of the game when you’re trying to cure someone. Levels looked like some old 16-bit era games, and they were also very fun puzzle experiences to play. For the more open-world 3D parts, though, I felt like I was watching a PS2 era game, and I didn’t find it to be something that looked complete like they had forgotten to apply textures to the models – something that is that way by design.

Other than the 3D visuals that I didn’t connect with, I found myself enjoying the puzzle levels. At first, they were relatively simple, and I was afraid it wouldn’t be much more than that, but things started to get interesting after a few levels. There is a mix of action with enemies that can attack you and some puzzle-solving so that you can go through the many doors, which makes for an entertaining adventure. It’s also worth saying that there is a “Story Mode” in the sense that you can turn on a setting to be invincible, so there’s no need to worry about your health.

In terms of trophies, you’re looking at a relatively simple list, with most of the trophies unlocking naturally from playing the game. Moreover, since the game is cross-buy for PS4 and PS5, this could give you two Platinum trophies if you’re one of the lucky ones to own both a PlayStation 4 and a PlayStation 5. 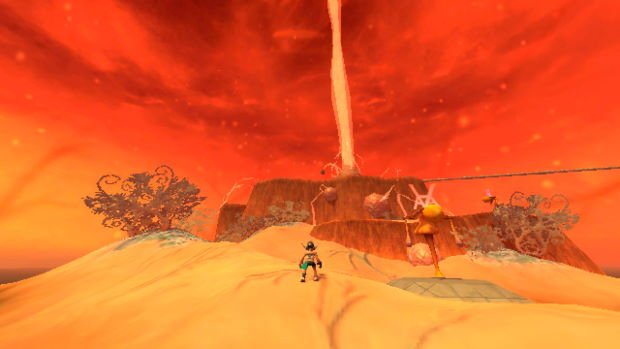 Anodyne 2: Return to Dust is not a stunning game, but it doesn’t set out to give you that. It does offer two different gameplay experiences, switching from PS2-era 3D to a 16-bits top-down pixel presentation, offering some fun gameplay mechanics and the possibility of a double Platinum run for your collection thanks to it being cross-buy.

Disclaimer
This Anodyne 2: Return to Dust review is based on a PlayStation 5 copy provided by Ratalaika Games. 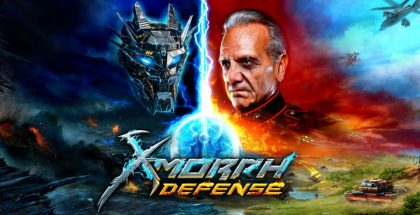 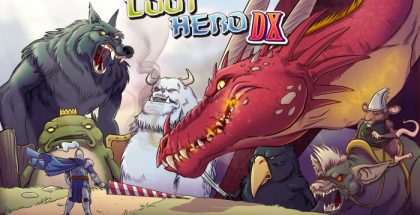