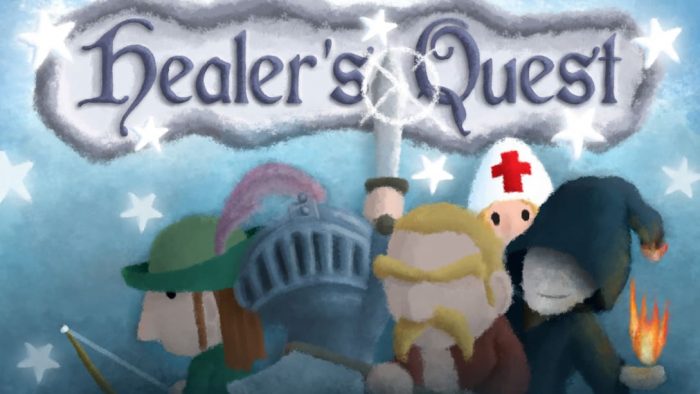 Healer’s Quest from Plug In Digital and Rablo Games is a comedy RPG with an interesting twist. Learn more in our Healer’s Quest review!

In Healer’s Quest from Plug In Digital and Rablo Games, you’ll be taking on a comedy RPG in which, as the name suggests, you play as an often underappreciated class: the healer! The game is presented with a look that will remind you of classic storybooks, with a colorful palette and some minimalist character designs. You will join a group of adventurers who are not the brightest bunch. This group will include Tanky the knight, Beauty the archer, depraved mage Murky, and Grumpy the barbarian/lumberjack, which you must keep alive as they battle the monsters you’ll face, all while balancing your mana reserve.

You can take on Healer’s Quest either in the Classic Mode, in which your spellbar can contain up to four different spells, or go into Expert Mode, which is for more experienced players. While this mode has tougher enemies to beat, your spellbar can include up to five different spells, which can be quite useful! On top of this, you can select between five difficulty settings – Very Easy, Easy, Normal, and Hard – so you could certainly select Expert Mode for the five spell slots and then choose Very Easy to negate the extra challenge of tougher enemies of Expert Mode. 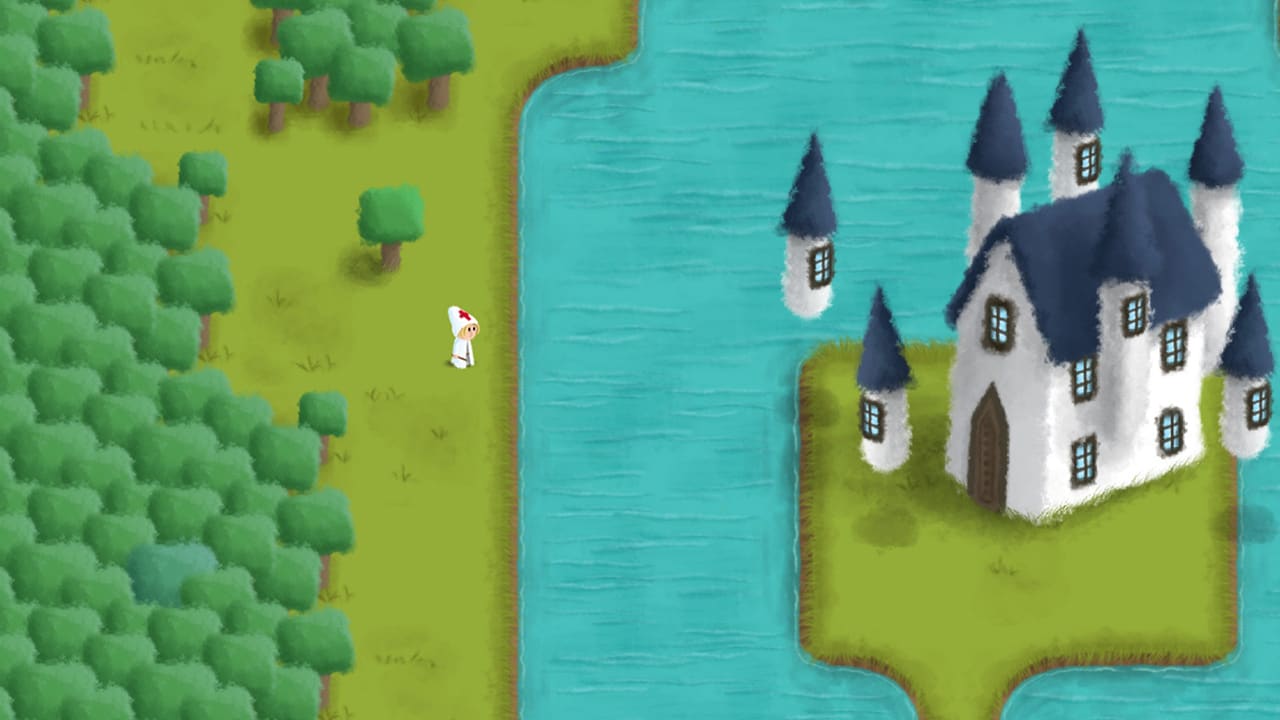 Once you’re ready to go, you can either go with the classic healer design presented by the game, or change between a male or female healer, pick the type of robes it will wear, the length of its hair as well as the color and brightness of said hair, if you want to change from the default nose, select the hat it wears, the sign that will be displayed on the hat, the color of the sign, and what type of want it will have. There’s also the option of changing the skin color for your healer so that you can combine all options to create a character that fits within the game’s art style and world.

After this, you will get to pick a name for your healer and then select if it has good, evil, or victim karma, as well as what its special karma power will be. Each of the three karma types will have a set of karma powers, so you should choose wisely! For example, for the good karma type, the karma powers include Skilled Healer, which grants a 5% boost to all healing spells, Critical Situation, which allows all party members to recover 40 HP once per battle when all four allies are low in health, Always in a Good Mood, which makes it so that your allies’ mood is lowered by 30% less when they die, Tactical Support, which increases the effects of the stone skin spell by a second, or Hold the Line, which grants allies in the back line an extra point of defense. 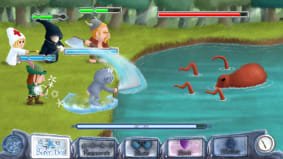 When in combat, you can’t just heal any party member as you please since you’ll need to consider your total mana, as well as your wand’s heat gauge. Mana dictates which spells can be used and how many times, so if you run out of mana, you’ll be in deep trouble! Luckily, mana regenerates at a slow but steady pace with each passing second. As for your wand’s heat gauge, it will increase as you use spells, and if it’s too high, then your spells will be less effective when you try and use them. You can press the L and R buttons to select the Meditate ability, which allows you to recover mana at a faster pace, but you won’t be able to use your spells while meditating.

Each of your allies will be assigned to one of the face buttons – the A, B, X, and Y buttons, to be precise – and you can use your spells to target any of them at the press of a button. If you’re playing Healer’s Quest in Portable or Handheld Mode, you can take advantage of the Nintendo Switch’s touchscreen to just touch one of the spells on the spellbar and then tap one of your allies to activate the spell. 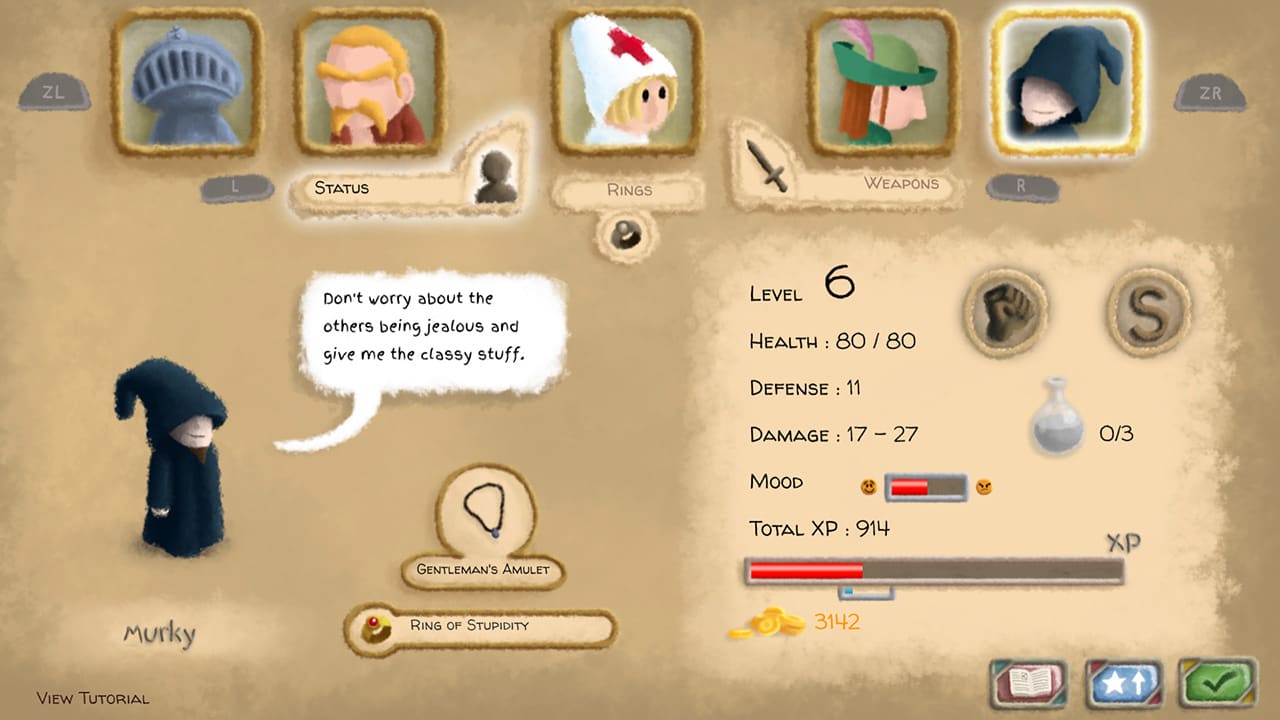 For every battle you win, all allies and your healer will gain experience points. Once a character gains enough experience points, it will level up. This will grant a stat boost – for example, your healer might get a boost to its overall mana –, as well as open the way to unlocking new spells and abilities. You can also gain gold coins from each battle you win, as well as some loot that can prove to be useful. All characters can equip rings, but the weapons are different for all allies. The healer can only equip bracelets.

The gold coins you gain in battles will be split between party members, so each one will have its own coin bag. These gold coins can then be used to purchase new weapons for them or to buy special healing potions that can be used before battle to have Tanky, Beauty, Grumpy and Murky recover some of their lost health from previous encounters. As is the case for weapons – and gold coins – healing potions will only be available for each particular character, instead of being part of a common pool of potions. Gold coins can also be used to spend the night at the Inn so that characters can recover their health – except for the healer, who sleeps outside because the Inn only has four beds. 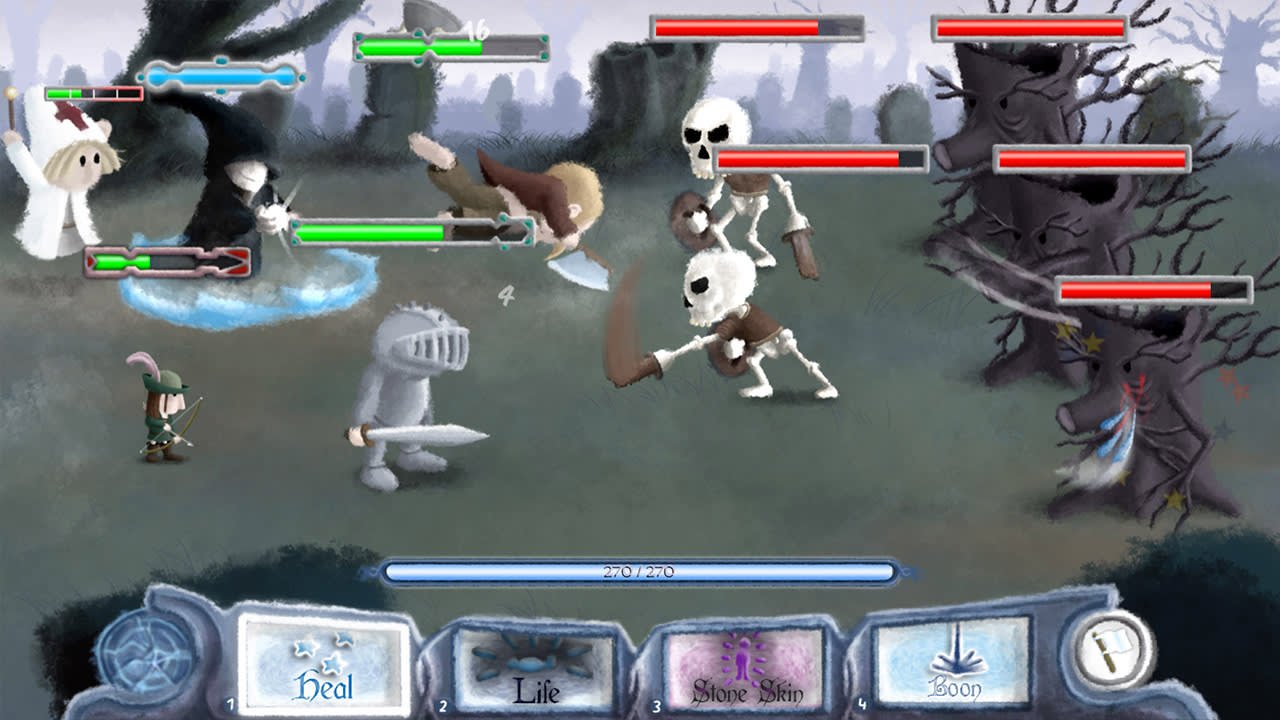 As you progress through the game and level up, your healer will also gain magic stars. If you have enough magic stars, they can be used in the skill trees for each of your spells in order to upgrade them. The more you upgrade a spell, the higher the cost of magic stars for the next upgrade. For example, take your heal spell. You could spend one star to activate a passive heal ability, which will make an ally recover three HP when you cast a spell on him other than heal or speed – that is, as long as you have heal equipped as part of your spells set. 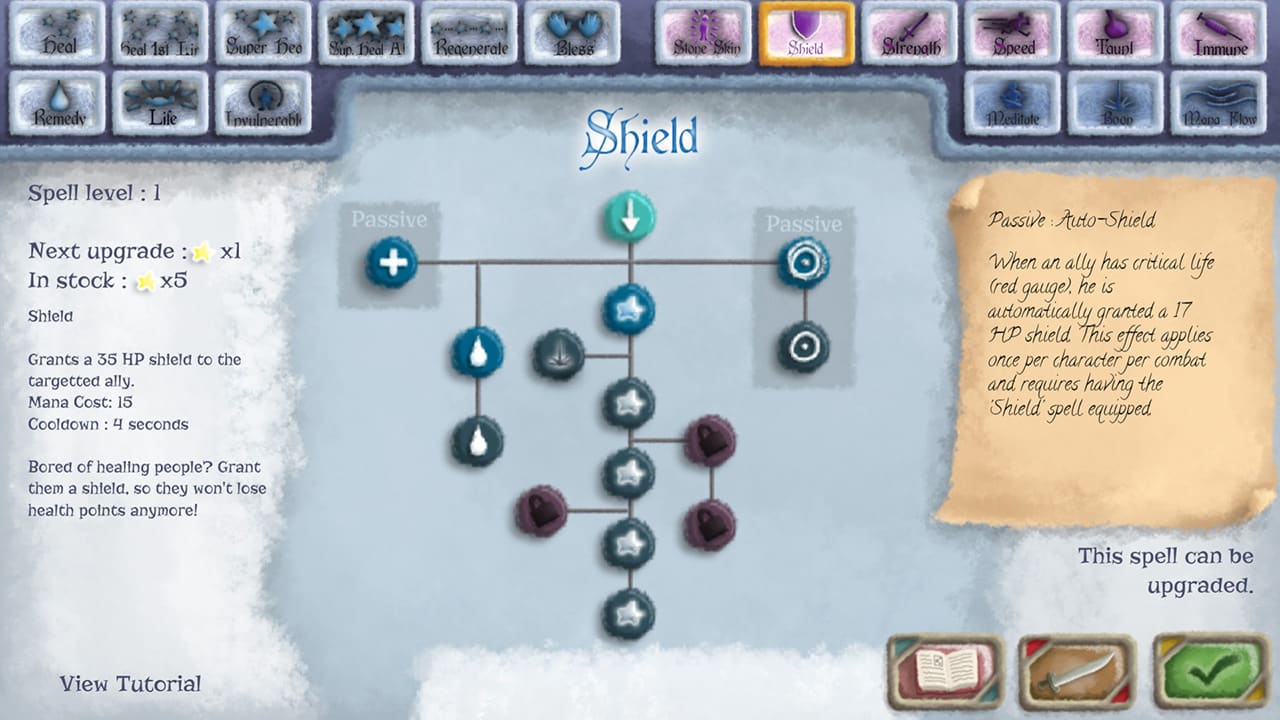 Healer’s Quest definitely stands out on Nintendo Switch thanks to its presentation, gameplay mechanics, and light-hearted story. There’s plenty of content to enjoy here for a game that can be as challenging as you want it to be, with easy-to-understand gameplay mechanics and lots of customization options as you level up your healer to unlock new abilities, upgrading them with magic stars so that you can help your group survive against the more powerful enemies and bosses in your future. Healer’s Quest is out on Nintendo Switch with a $14.99 asking price.

Disclaimer
This Healer’s Quest review is based on a Nintendo Switch copy provided by Plug In Digital.

A fun comedy RPG with an interesting gameplay twist