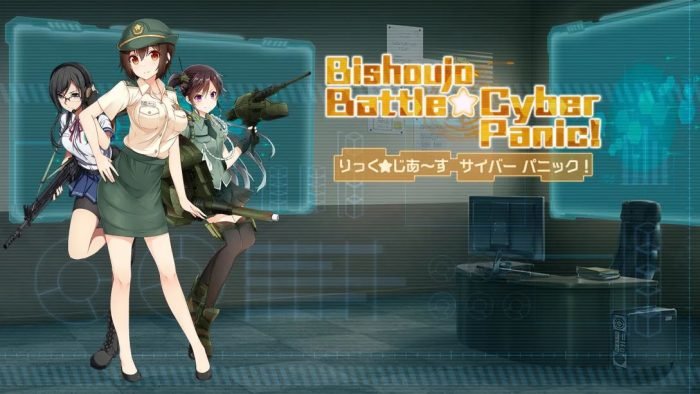 Last month I got to review Crawlco Block Knockers, a game from eastasiasoft that gave me some Qix vibes – with a dash of Pengo. This month, the publisher is giving us Bishoujo Battle Cyber Panic!, a game that is straight-up Qix with a healthy splash of mecha musume fan service. If the term mecha musume is new to you, allow me to elaborate a bit. What mecha musume means is that you’ll be seeing characters with moe characteristics – fan service – with weapons in display. The translation from Japanese would be a weapon girl of sorts. 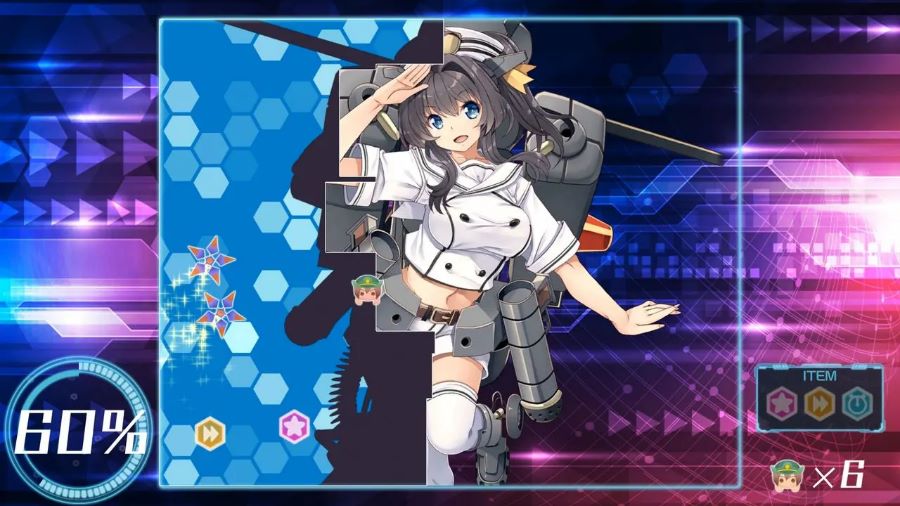 Bishoujo Battle Cyber Panic! is a single-screen action puzzle game in which you’ll be tasked with clearing 50 stages in total as you reveal the images of the mecha musume characters that are hiding beneath the layer. You will do this by cutting pieces of the screen. The bigger the piece you’re about to cut, the more points you’ll earn, but you’ll need to be careful since you risk an enemy coming into contact with your work! To complete a stage, you’ll need to remove at least 75% or more of the interference over the image.

There will be enemies that will be moving around the screen, trying to block you from progressing. You will die if an enemy ends up touching you directly or if it crosses the path you’re drawing. You’re usually safe when you stay around edges, but you need to be careful of spiders, who can always bite you to end your life. Some enemies will move in a regular pattern, others will try to shoot you down, and then there are enemies that will follow and track you down. Add enemies that move in a regular pattern and can also shoot at you, and you will always need to be on the move! 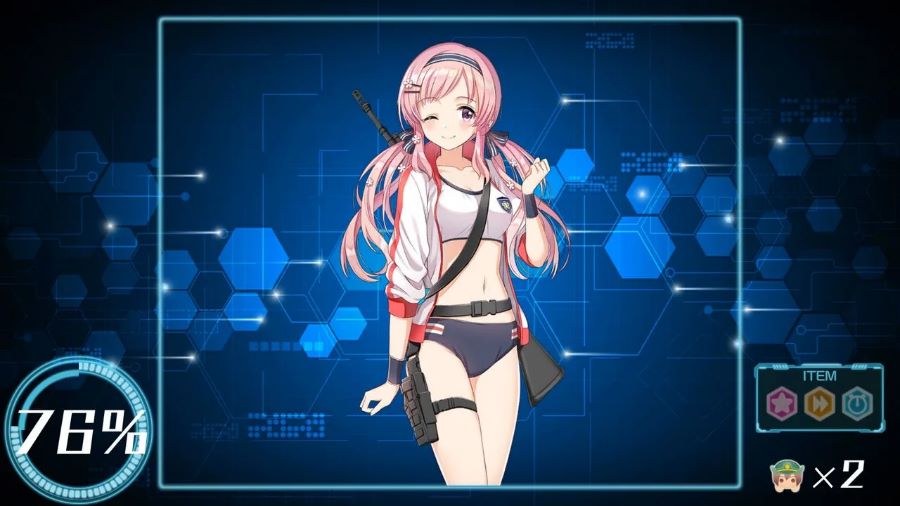 As you play each stage, you might end up collecting some of the special items that the game has to offer. There is an invincibility shield that will keep you safe for a short period of time, a turbo power that will greatly speed your tool, and a handy time freeze watch that will make all enemies top immediately. Completing a stage with some lives left will reward you with extra points for each one, and you can also obtain a perfect bonus if you complete a stage without dying, which will make a star show up for that stage in the stage selection screen.

Stages are split into five groups, with ten stages per group. Each of these groups will establish the overall difficulty you’ll have to face for the group, which is represented by how many stars are shown, going from one to five stars in total. You can decide to start playing on the first stage of any of the first four groups, unlocking more stages for that group as you progress, but the fifth and final group will remain locked until you’ve proven your skills during the previous sets of stages. And as you play each stage, you can try to improve your overall score so that you can hopefully have a shot at getting your name on the worldwide leaderboards! 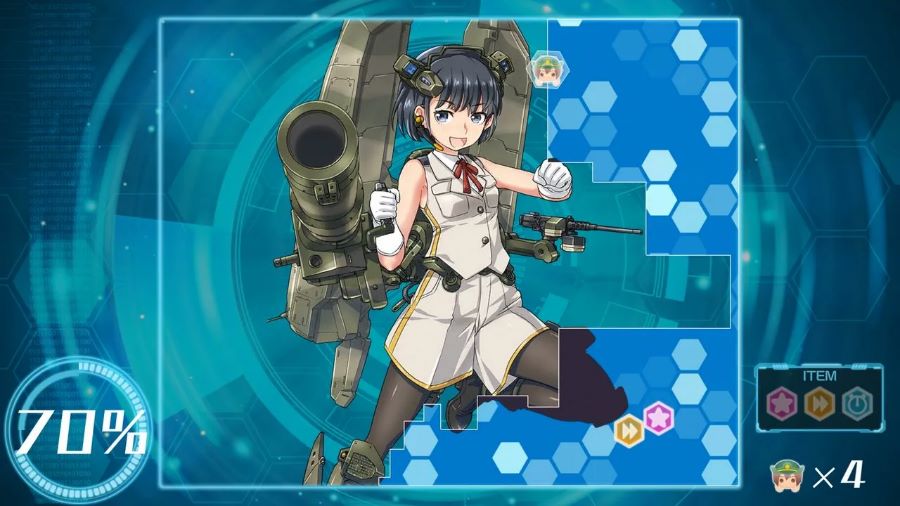 Bishoujo Battle Cyber Panic! has a full trophy list with a Platinum trophy waiting for you once you manage to beat stage 50. Instead of having a ton of Bronze trophies popping as you complete each of the game’s stages, the trophy list for Bishoujo Battle Cyber Panic! is split into ten Gold trophies and five Silver trophies that will unlock as you complete stages 1, 2, 3, 5, 7, 10, 12, 15, 20, 25, 30, 35, 40, 45, and 50. This also means there are no missable trophies, so you can have a new Platinum in your collection once stage 50 is no more. 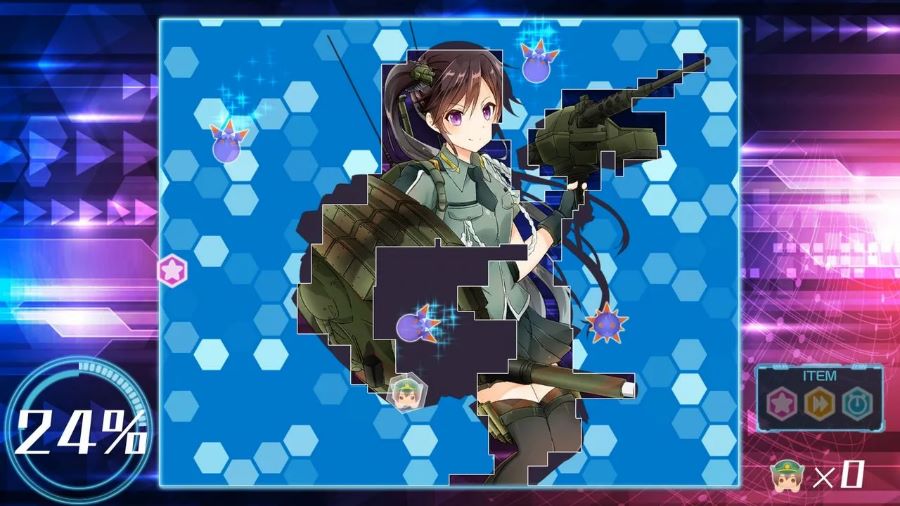 As a fan of Qix, I definitely had a lot of fun playing Bishoujo Battle Cyber Panic! The fan service is not as heavy as you’d expect, but fan service is still something that might rub some people the wrong way. The game knows that the challenge can be a bit heavy during the final two sets of stages, which is why it offers you the option of lowering the difficulty at any time. This will slow down some enemies and make others less aggressive, but you won’t be able to score any points and, therefore, won’t be able to enter the leaderboards. Bishoujo Battle Cyber Panic! is out now on PS4 with a low $5.99 asking price.

Disclaimer
This Bishoujo Battle Cyber Panic! review is based on a PlayStation 4 copy provided by eastasiasoft.

A fun puzzle game with a dose of fan service 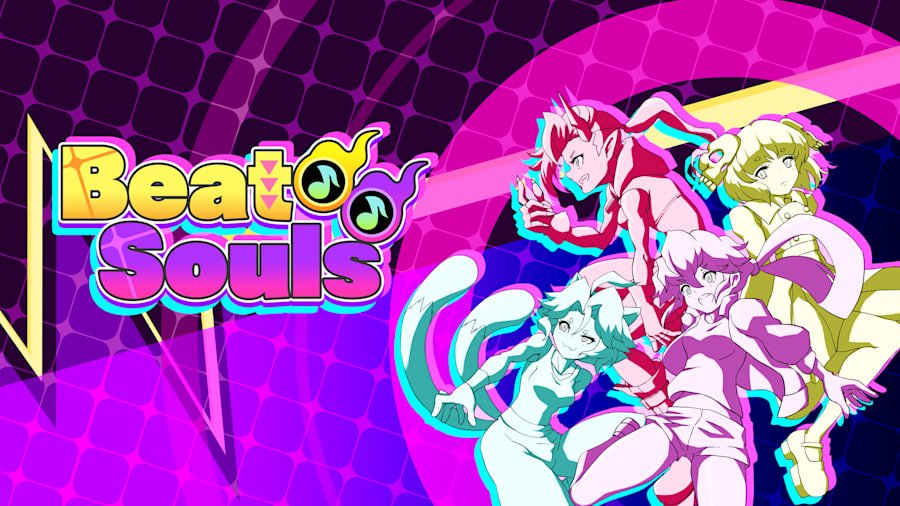