Come play with Pocoyo and friends in these 6 great educational mini-games where you will learn letters, numbers, colours and much more! Win rewards by completing levels: puzzles, pictures and exclusives episodes of Pocoyo that you can watch any time. Play with all the main characters in the series in multiplayer mode for up to 4 players. Pocoyo, Nina, Pato and Elly await you!

Pocoyo is a TV Show that started to air back in 2005, and it’s still running strong in 2021 with a YouTube channel with over 27 million subscribers. This time, Pocoyo has decided to invite his friends to a party he’s planning, but an angry alien has stolen the invitations! It’s Pocoyo and his friend’s job to recover the invitations. Being a kid’s game, I played with one of my daughters so that she could offer her point of view along with mine.

Pocoyo Party is a game targeting a very young audience, with kids from 2 to 5 years of age as its target demographic. Pocoyo Party is a collection of six mini-games that follows the group in activities that use the motion controls of the DualShock 4 controller, which is definitely easier for younger kids. I would have liked the option to use either the motion controls or the left analog stick, but it isn’t a huge issue.

Dance challenge mini-game (multiplayer) is a kid version of Dance Dance Revolution, where you have to move the controller in the direction required by the dance move. My daughter liked it quite a lot, and the music was great. On my end, this mini-game gave me the urge to go play DDR once again – which I had gotten pretty good at back in the early 2000s! 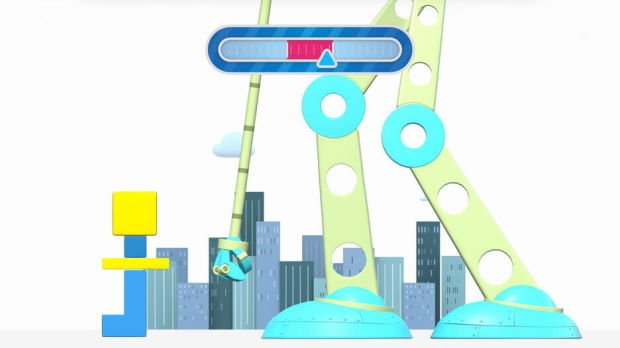 Bee race mini-game (multiplayer): a race in which you are riding on bees and need to press the X button to go faster. For me, this was the weakest game of the bunch. Even if you’re in the lead, the bots (which are required unless you have four local players) will make unfair sharp turns (ones that you can’t make) and will catch up to you. The AI was bad and ruined the fun in this one.

Builder mini-game (single-player): a mix between Tetris, where you have to build a city using blocks that must be selected from the few blocks available, helping your young kid recognize shapes. You’ll then use your robot arm to destroy your new creation by swinging at it. My daughter thought that this game mode got old quickly, but her favorite part was when she was destroying her creations.

Window cleaner mini-game: there are paint stains on the windows, and you must clean the spots in the required time by moving the controller up and down. Once the windows are cleaned, there’ll be something behind the now clean window, like an animal or a number, and the narrator will say it out loud, which can help your kids learn new things. This was one of my daughter’s favorite games. There’s a multiplayer mode, but it’s like an endless mode, and the paint stains don’t show up quick enough to be fun since you’ll mostly spend them waiting for the stains to show up.

Picture mini-game (single-player): you have to take pictures of the characters when they are in the center, right in front of the static camera. This mode got old really quickly since there isn’t much to do except take a picture and move on. There’s a multiplayer mode included, but it doesn’t allow you to unlock new levels, so they have to be unlocked in single-player. 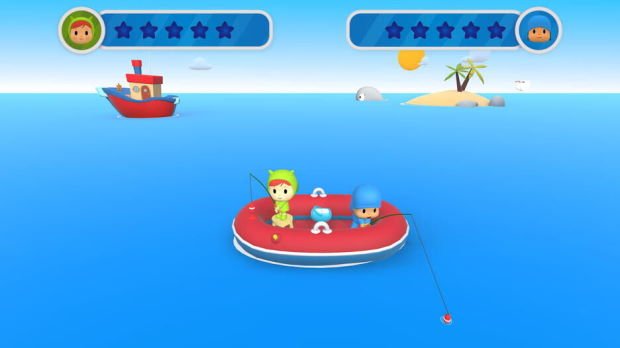 Fishing mini-game (multiplayer): you’ll be fishing letters and various colored objects in the ocean by casting your line and recovering it fast enough. The narrator says what the colored objects and letters are, which can help your kids learn the alphabet and colors. There wasn’t much to do gameplay-wise in this one since the fishing is fast.

Treasure: this mode allows you to show your stamps collection (collected in the different mini-games) found in your adventure. There’s also a puzzle mode which is very easy for older kids since they only require you to press the X button a few times until you’ve solved the puzzle. There are 4, 6, and 8 pieces puzzles. There are also some Pocoyo cartoon episodes that can be unlocked, which are short educative movies that can entertain your kids for a few minutes.

The game is fully narrated, and the voice acting was great to listen to, although some of his quotes got repetitive in the different mini-games. Each cutscene is animated with a video, but I noticed that the videos were choppy and lacked definition, probably because they could have used a better encoding. The presentation is colorful and definitively pre-school-themed. The background music was surprisingly catchy. 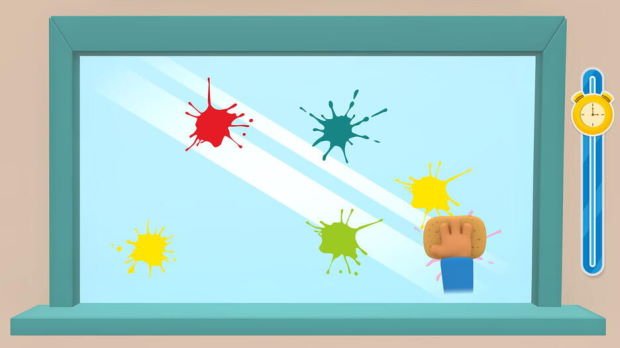 Pocoyo Party is a game definitively aimed at a very young audience, ranging from 2-3 to 5 years old. Out of the games, two did stand out for me: the Dance challenge and the window cleaning mini-game. From my daughter’s point of view, the game was good, but I think she would have enjoyed it if there were more mini-games on offer.

Disclaimer
This Pocoyo Party review is based on a PlayStation 4 copy provided by Sony Interactive Entertainment.