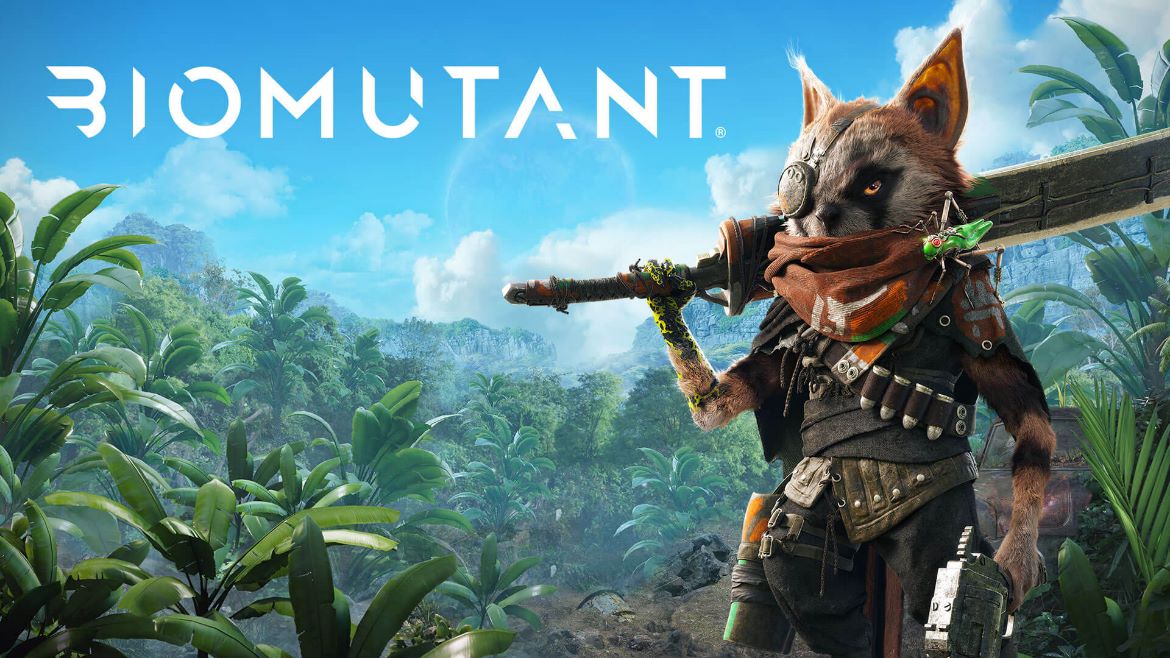 Biomutant by Experiment 101 and THQ Nordic is a new open-world adventure in which you control a mutated animal in a world that’s been ravaged by pollution. Learn more in our Biomutant review!

In Biomutant from THQ Nordic and Experiment 101, you’ll be taking on an open-world adventure on PlayStation 4. The story of the game mostly revolves around the Tree of Life, a giant tree that has its roots poisoned because of past generations and that is now slowly dying. The Worldeaters are ravaging the land and destroying it. The population of the land is now divided between tribes that want to save the Tree and others that want to destroy it. As for you, you are an outcast animal who grew up in the wild, and people are hoping that you are the one who will tip the balance for the fate of the Tree of Life. 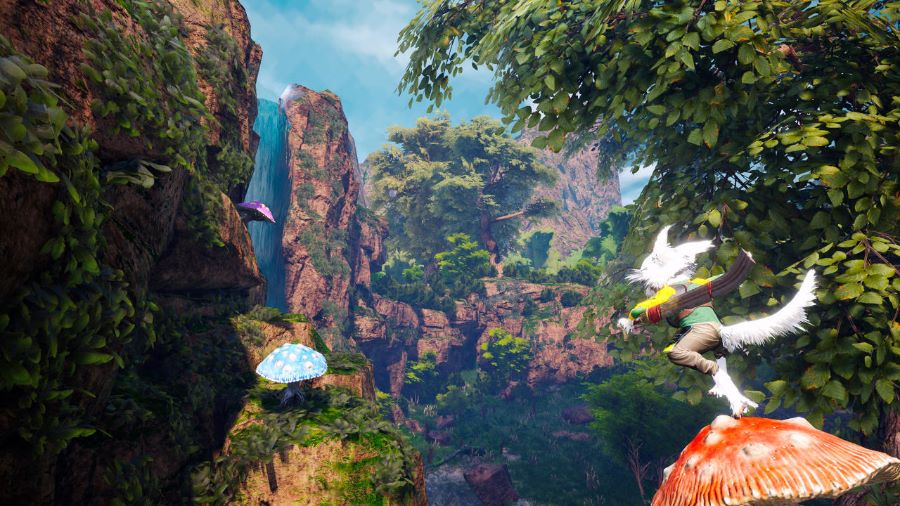 The game is played from a third-person perspective with the controls you’d expect. You’ll move around with the left joystick and look around with the right one, jumping with the X button and dodging with the Circle button. The Square button is used for melee attacks, while the R2 button is used to shoot your long-range weapon, aiming based on where you’re looking on the screen. The L1 button will allow you to parry, while the L2 button is the one to hold when you want to activate any of your skills with one of the four face buttons. Outside of this, the game has a lot of RPG elements to offer. As you advance, you’ll gain levels, which will allow you to raise your stats as well as unlocking new skills, special attacks, or perks. You can also find scrap pieces around that will eventually allow you to use the game’s crafting system, either to modify your actual armor or weapons or to create new ones. 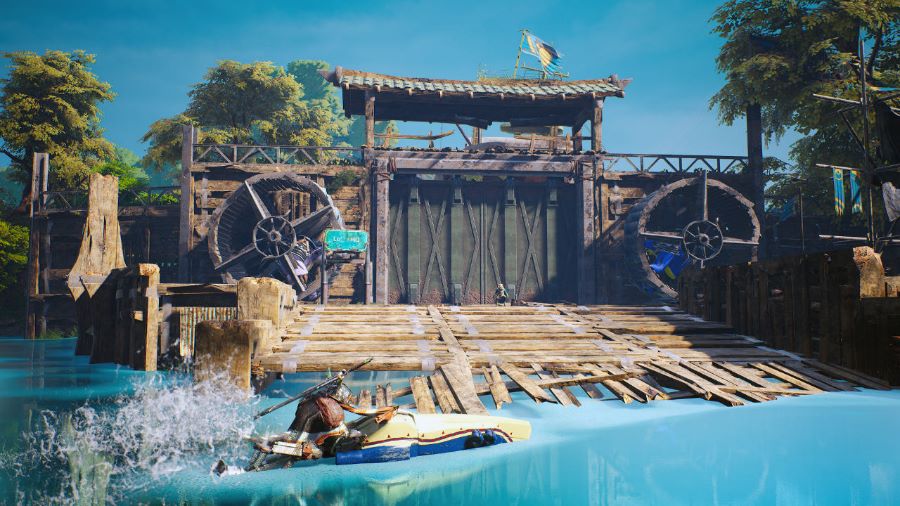 Visually, the game has colorful environments and lots of impressive mutated animals, both allies and enemies. When you’re in combat, there are certain effects when you do special moves that have that cartoon feeling to them, which creates some really cool moments to watch. There is also some great voiceover narration done by your Automaton companion, which is both a good and bad thing. It’s good in the sense that the story is well told through it, the bad part comes when you talk with other characters. Anytime you speak with someone, you first have to listen to their voiceover, which is basically some “animal mumbling” that you can’t make any sense of, to then hear the Automaton’s translation so that you can understand. It makes dialogues twice as long, and the X button to skip can only skip the understandable part, not the mumbling one.

Apart from that situation, I found the game gradually became more and more fun. By gradually, I mean that in the first few hours of the game, there are a lot of tutorials, setup for the story, and similar things that slow things down a bit, and you can’t really get a good feeling for what the game has to offer. There are also quite a lot of specific names that are part of the game’s lore that can be hard to follow. When you hear things about Mooma, the Nono, or the Jagni, it’s all things that you don’t know what it is until you actually see them, so it can get a bit confusing. 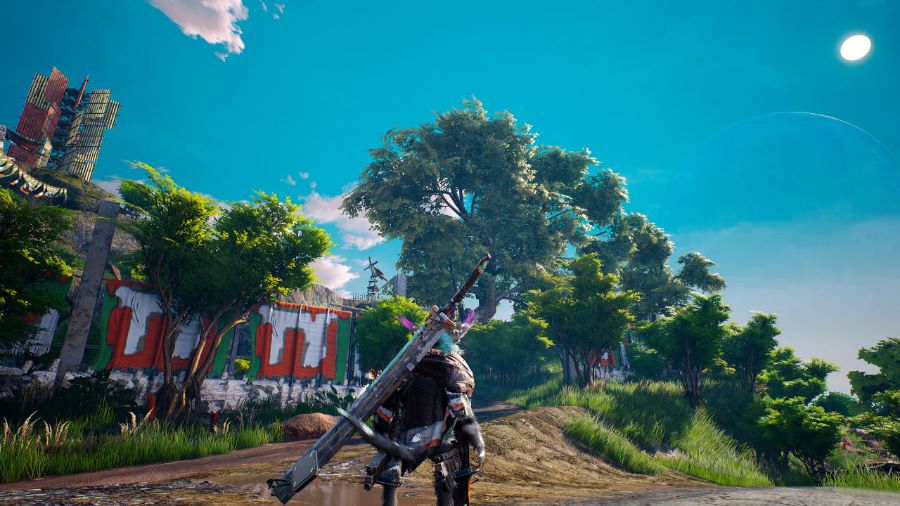 But once you’ve gone past the long intro and actually start exploring and fighting, it only gets better. The combat doesn’t reinvent anything but has some solid bases and really pushes you to mix up your melee, long-range, and skills in some combos (that you unlock when you level up) to create some incredible fight sequences. Then there is the whole looting and crafting aspect that has you exploring every spot you can find to be able to get some scraps that will allow you to build those crazy weapons. In that aspect, it actually reminded me a lot about the feeling I had when playing Fallout 4, which is, for me, a great thing.

As for the trophies, the list has many of the objectives you’d expect to find in an open-world action RPG. There are a lot of trophies related to upgrading skills and perks, some finding rare objects around the map, and of course trophies for defeating the massive Worldeaters. There’s nothing related to the game’s difficulty, which is always great news. There are some missable trophies in the list – especially for doing specific things during boss fights – some trophies that will require a bit of a grind and a couple you should watch out for. A trophy guide is always a trophy hunter’s best friend. 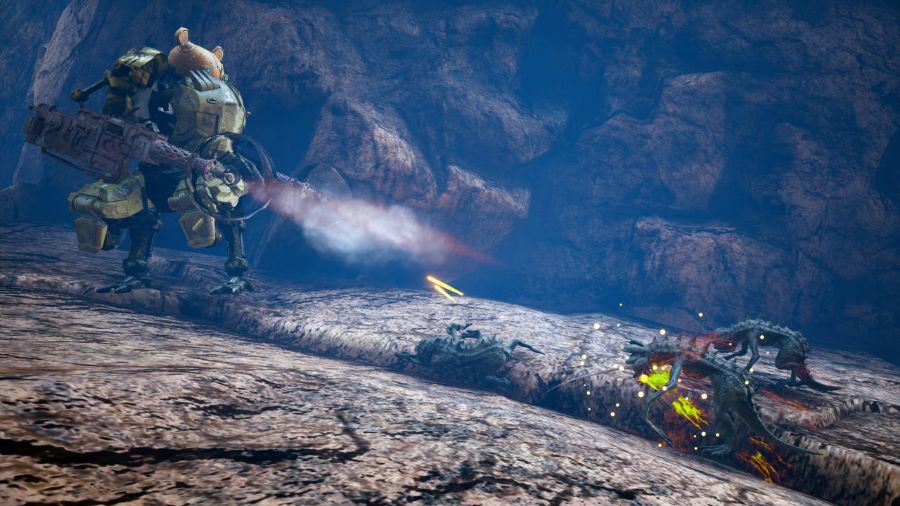 It’s been a long wait, but, in the end, Biomutant is a fun open-world action RPG on PlayStation 4. It misses out on being a Game of the Year contender on the console, but it’s a solid experience with a good combat system and a great crafting system that will provide fans of the genre with hours of fun. Biomutant is out now on PlayStation 4 with a $59.99 asking price.

Disclaimer
This Biomutant review is based on a PlayStation 4 copy provided by THQ Nordic.