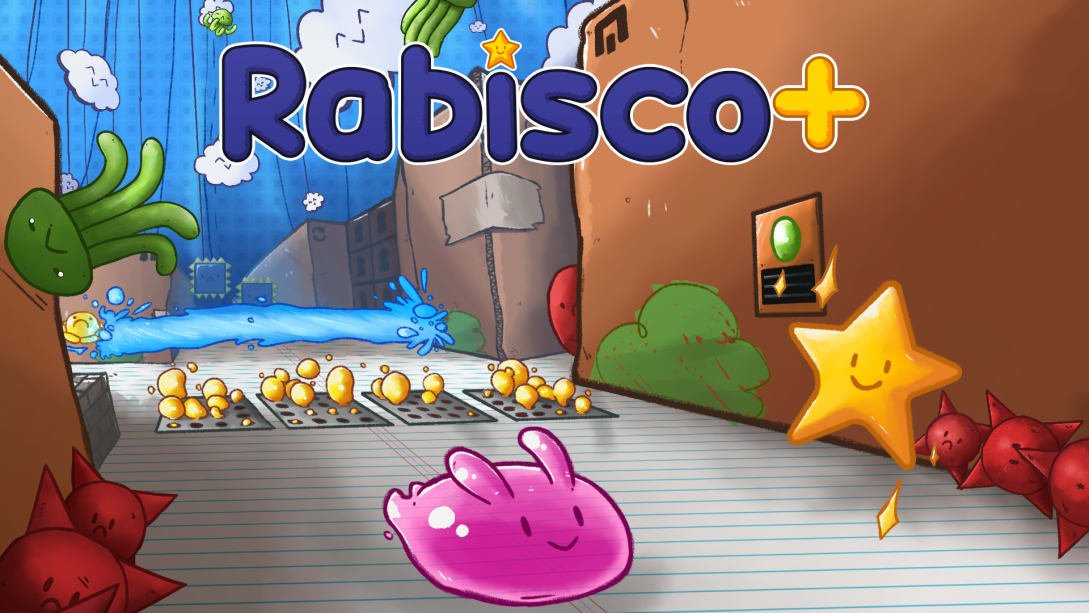 Rabisco+ from Ratalaika Games and Green Dinosaur Games is a colorful and fun, fast-paced game in which you need to recover all of the stars to cheer up the moon to save the day. Check our Rabisco+ review!

In Rabisco+ from Ratalaika Games and Green Dinosaur Games, you’ll be taking on a colorful and fun, fast-paced game in which your goal is easy to understand: you have to recover all of the missing stars to cheer up the moon in order to save the day. You see, the moon is very sad because all of her stars are lost, which means the sky is dark and empty. Each of the 100 levels you’ll play will have a hand-drawn look to them, as if everything had been done with crayons over pieces of paper. 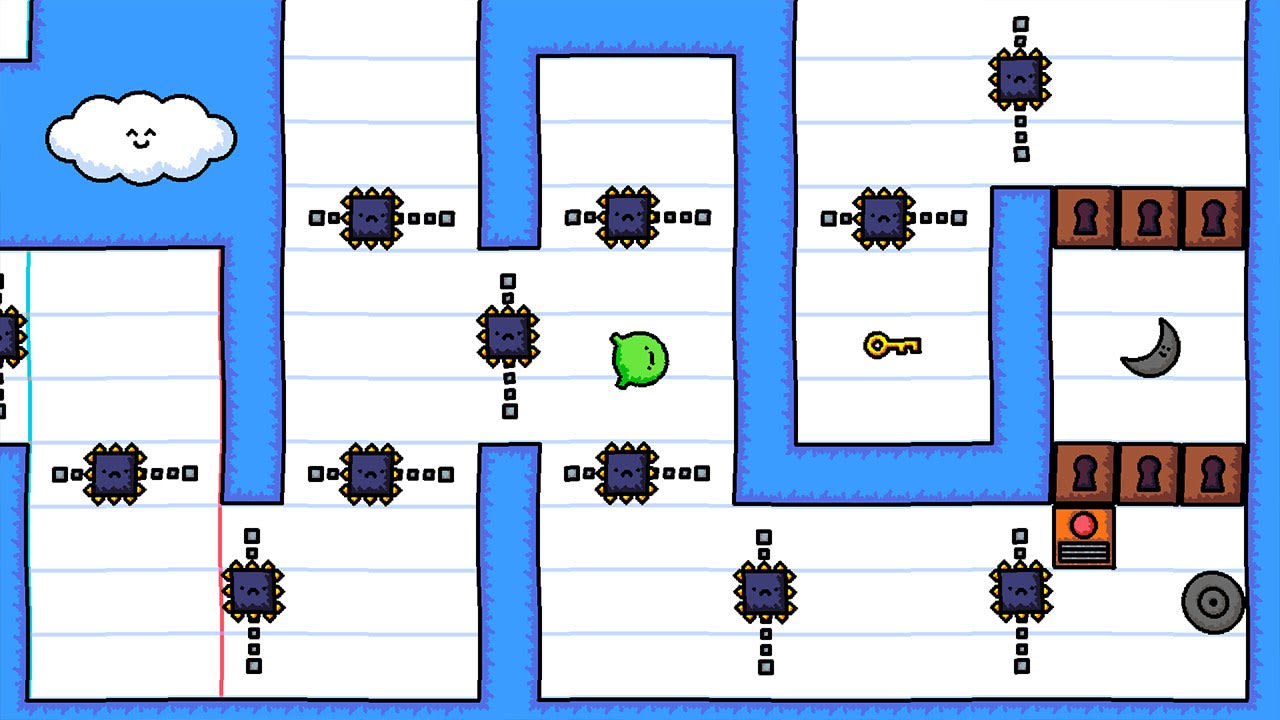 You’ll move your character with the left analog stick or the D-Pad, as you avoid all of the red spikes on each stage, avoiding the spiky bullets that shoot out of cannons, as you collect the stars on each level. There are some blocks that will block your path, and you will need to press the X button to quickly dash, as long as you have enough energy left for it. Destroying blocks will be a must since you’ll sometimes have to avoid moving blocks with spikes. Make a mistake, and you’ll die, respawning at the last checkpoint you reached. 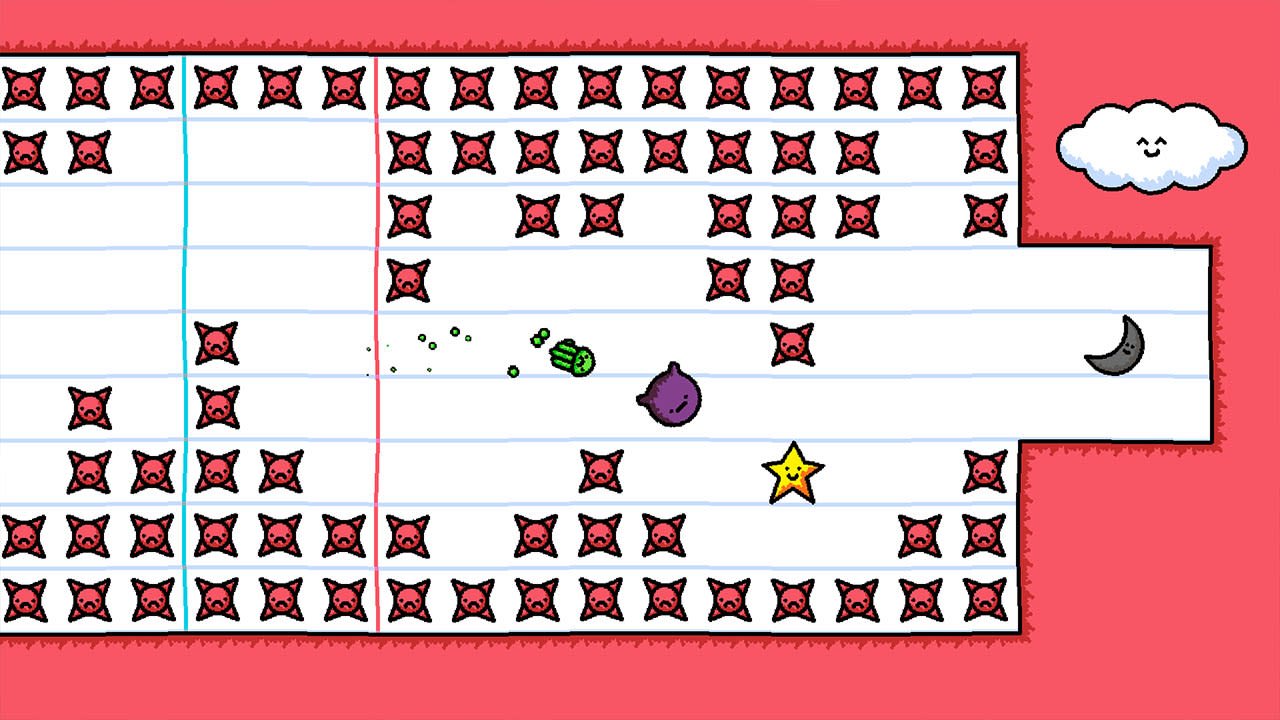 In later levels, you’ll find green rhombus that will immediately recharge your energy so that you can dash again, which will be needed for you to stay out of danger, since the difficulty ramps up at a steady pace the further you progress in the game. Sometimes you’ll have to start a level by dashing right away, touching green rhombus after green rhombus so that you can stay one step ahead of the hazards around you. Sometimes you’ll have to collect keys to open sets of blocks with keyholes, but you’ll need to pay attention to see which keys open which keyhole blocks, or else you might end up dead. 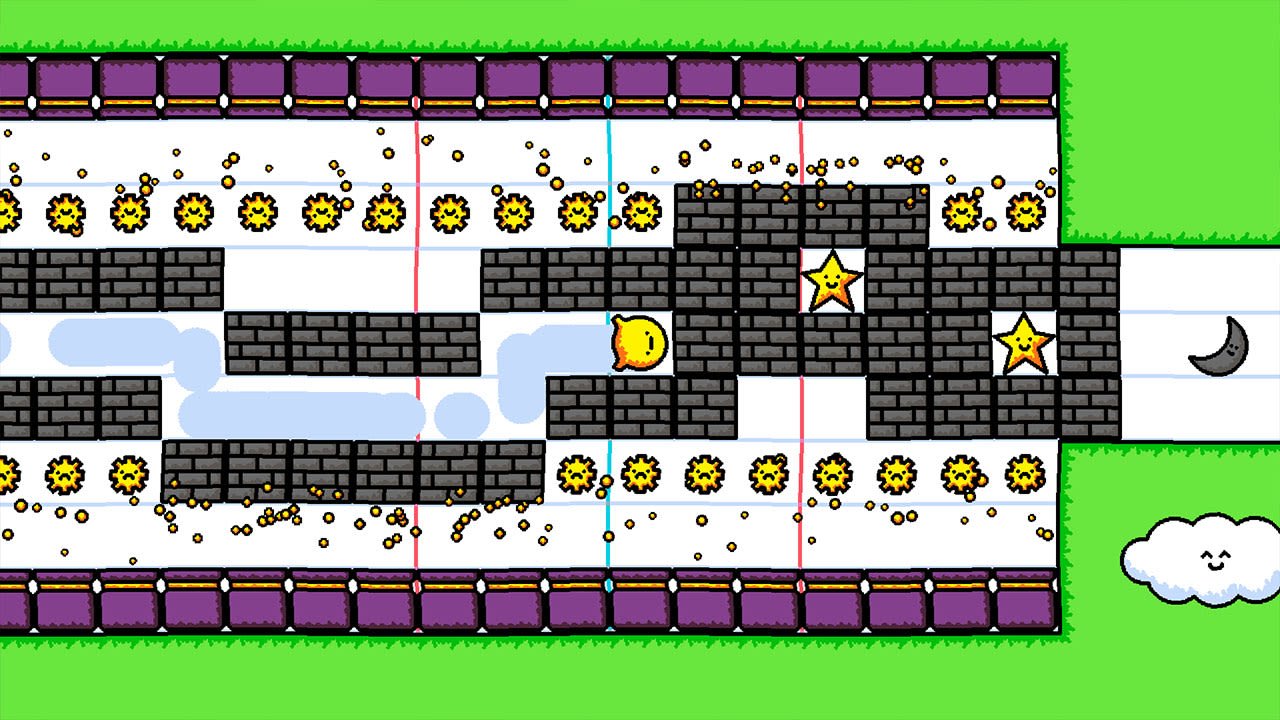 As for the trophies, since this one is from Ratalaika Games, that means there’s a full trophy list with a Platinum trophy waiting for you to add to your collection. While the game includes 100 levels for you to beat, you only need to complete at least forty of them to get the Platinum. The trophies will be tied to collecting all the stars on at least 20 levels, collecting three of the hidden paint buckets, collecting at least three gems, and beating all levels in the Grey, Blue, Green, and Beige worlds. 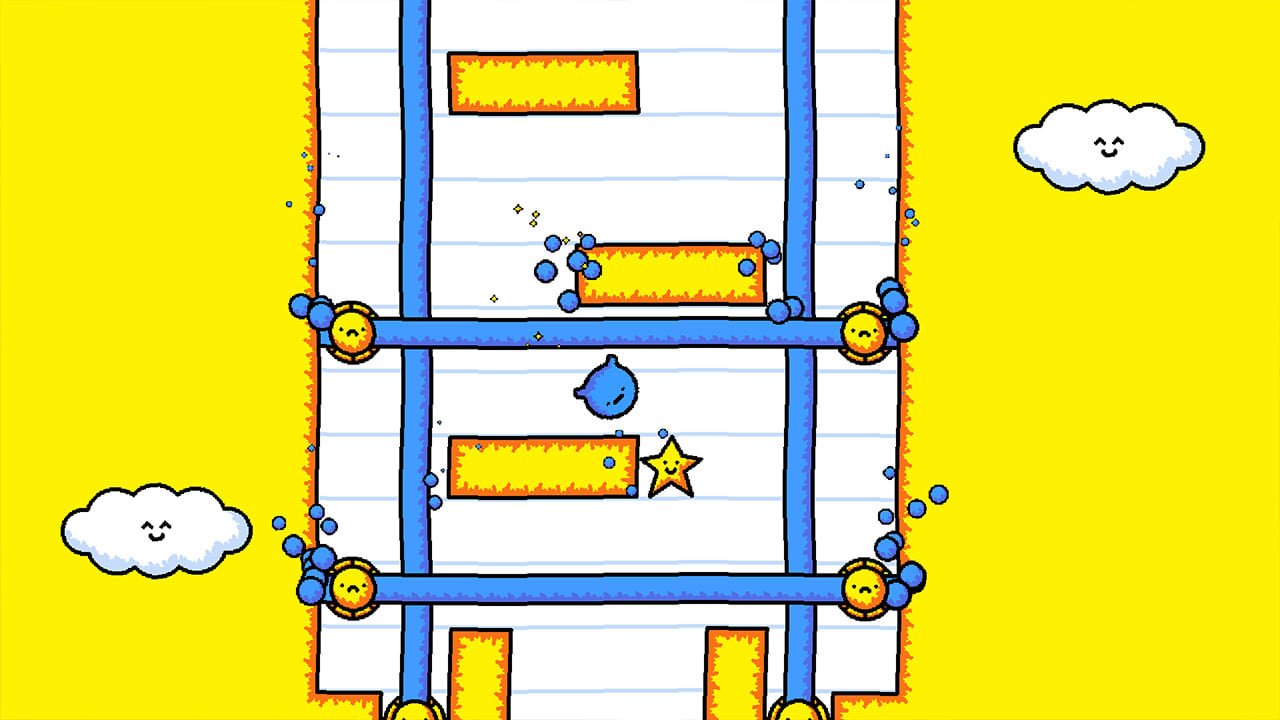 Rabisco+ is a fun and colorful experience with 100 levels to complete, a good difficulty curve that increases the challenge at a steady pace, and easy-to-understand gameplay mechanics. Rabisco+ is out on PlayStation 4 with a budget $4.99 price, and you’ll definitely get your money’s worth.

Disclaimer
This Rabisco+ review is based on a PlayStation 4 copy provided by Ratalaika Games.

The State of Rocket League in 2021 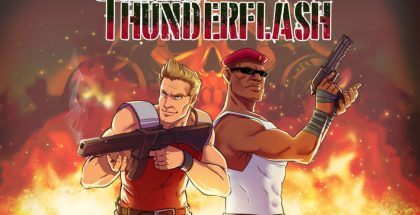