The State of Rocket League in 2021

One of the world’s most popular games of the last years, Rocket League has enticed fans from all ages, all around the world, and created a fully developed community.

This means that the 2015 game evolved continuously throughout the years, especially after being acquired by Epic Games – support, marketing, and player experience improved by a large margin. Tremendous effort by the developers and Epic Games kept the game so fresh it barely feels we’ve been throttling at full speed, scoring goals for over half a decade.

With over ten million copies sold, and over seventy-five million players, Rocket League has one of the largest and most faithful player bases in the gaming industry. It is a game that targets a very large fan base, its cartoonish design attracts kids and families, while the competitive aspect attracts veterans and professional players alike. Aside from the huge market, the entry barrier for this game is low, which means it is easy to pick the game up and jump straight into action over and over again. Nonetheless, its biggest selling point might be the fact that the game is now free-to-play and allows for cross-platform gaming, so players can game with friends on different platforms. 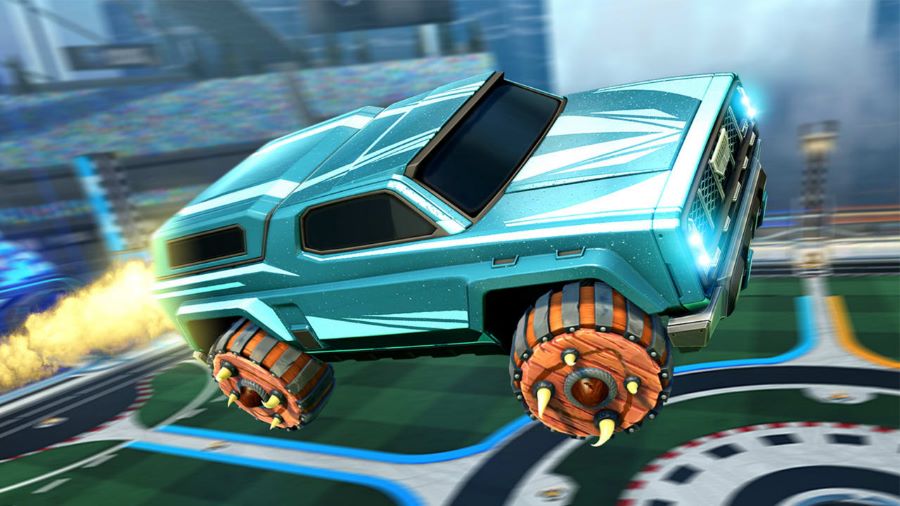 The premise is simple: you throttle at full speed inside a make-believe dome while using your rocket-powered car to play soccer and score goals. The game is clearly designed for you to join matches instantly and quickly for as long as your heart desires, in all fairness, it’s a very fun yet addictive game. As stated before, Rocket League is an easy game to pick up but a very hard one to master. Reaching your desired level of expertise will have you playing in ranked matches for longer than you’d like to admit.

It comes as no surprise that one of the more enticing aspects of the game would be its competitive system, similarly to most online games, there’s a ranking system in which players are assigned a rank and play vigorously to progress. In total, there are eight ranks players can reach, the lowest being Bronze and the highest being Supersonic Legend. The competitive aspect inevitably added the game over the e-sports category.

An e-sport game needs a competitive scene with prize pools and incentives to work, and that incentive would come through in the form of the Rocket League Championship Series. Steady growth in the fanbase, high-skilled players, and pure volume of success would allow Epic Games to take their main tournament’s prize pool for Rocket League from $55,000 per year, up to $1,000,000. This evolution ranked Rocket League amongst the top 10 highest-paying esports games of 2020.

One thing that can be said with absolute certainty about Rocket League, and any online multiplayer game, is that it is very hard to manage your own community. Which, in turn, makes more established (older) titles, with an existing fanbase to be extremely toxic within itself. But more importantly, unwelcoming, unforgiving, and impatient towards people who are interested in joining the game. 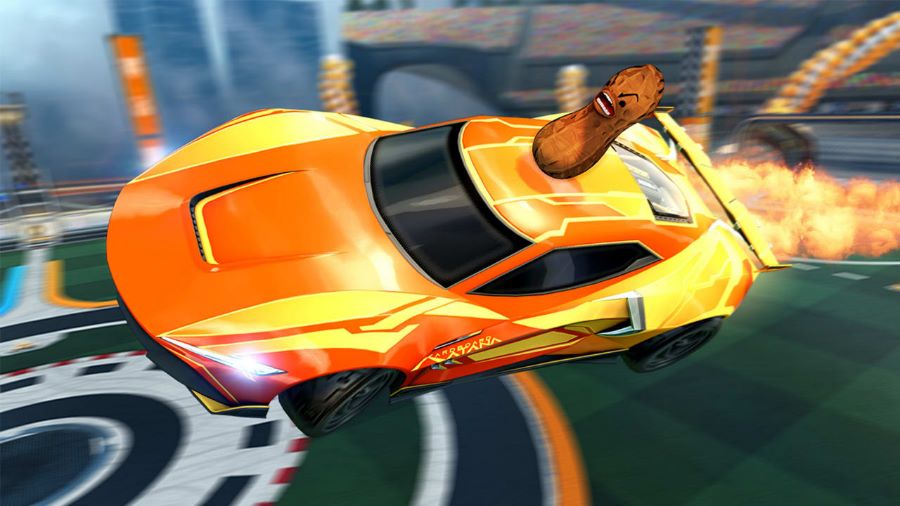 Is it worth it then to start playing Rocket League in 2021? Yes, but you need to be extremely aware that a) you might encounter some resistance from older players, and b) while the game is very easy to pick up, the learning curve is taxing. Patience, practice, and resilience are needed to be able to experience the game to its fullest. Rocket League will try its best to match you up with players of similar skill levels, but as we all know, ranked systems rarely work as intended in online games.

When all is said and done, the game can be extremely enjoyable amongst friends and is worth a try from anyone who is interested in this game. The fact that it is free-to-play adds to the list of reasons for newcomers to give it a try. Of course, having a friend who can play with you while guiding you through the motions is surely the best and most enjoyable way to join this community.

One thing from which there is no shortage in Rocket League is new content, special events, and crossovers. As one of the most popular, and sought-out games of this generation there was no shortage of companies interested in partnering with Psyonix and Epic Games, to bring unique items, cars, and accessories to the game. 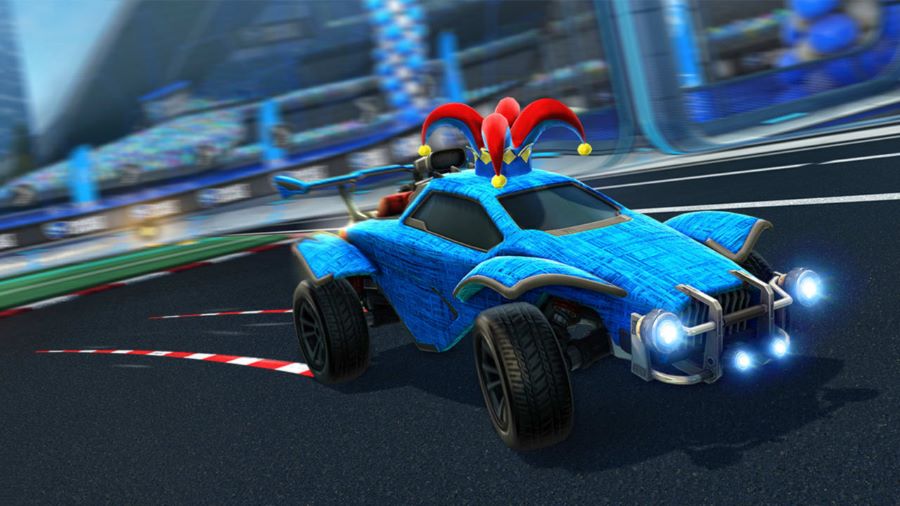 From Rocket League’s side, they swapped to a free-to-play model, which mimics the most successful titles we have such as League of Legends, DOTA 2, and Counter-Strike: Global Offensive. All of them make their revenue by selling digital goods, in the form of champions, heroes, weapons, skins, and multiple accessories through microtransactions. Of all the titles mentioned above, Rocket League is the one with the biggest number of crossovers from other pop culture franchises.

Over the years Rocket League has partnered with Fortnite, Stranger Things, Jurassic Park, DC Super Heroes, Nintendo, Rick and Morty, The Fast and The Furious, The Witcher, Game of Thrones, Harry Potter, and countless other franchises to bring exclusive items to their players base. Most of them can be purchased with in-game credits. Credits can be either bought from the marketplace or earned through the game’s Rocket Pass. 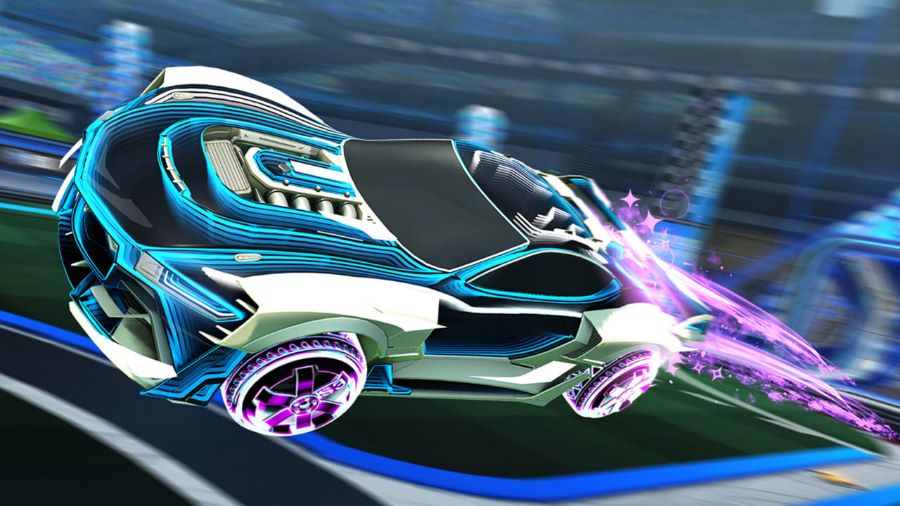 If you are a newcomer having items that are visually appealing to you, can help you stay interested in the game, and create a more pleasing experience overall. If you are looking to put some time into the game, you might as well invest in your own collection of digital items. If you are a veteran player, you know how important and cool it is to have unique or rare items that set you apart from every other player in the game. Whatever your level of expertise, or your platform of choice we got you covered. Eldorado.gg offers Rocket League Credits from the most experienced and trusted sellers, at the best rates in the market. 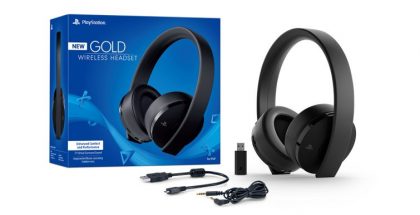