It’s been a long wait, but the highly anticipated Guilty Gear – Strive – from Arc System Works is now ready to go on PlayStation 4 and PlayStation 5! First announced back in 2018, the game’s development was impacted by the Covid-19 pandemic – which had an impact on everyone’s life all around the world. The game was delayed to 2021, and it’s now ready for you to purchase digitally or physically, with a June 10 release for the Standard and Deluxe Editions, while those of you who get the Ultimate Edition can play it right now. 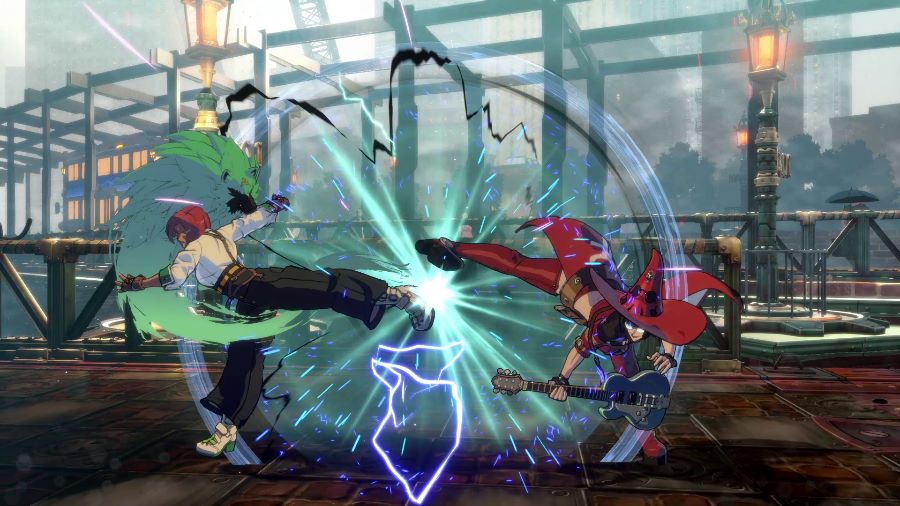 There are many ways to enjoy Guilty Gear – Strive – on PS4. There are three main sections to consider: Offline, Network, and Story. Offline includes single and multiplayer options for you to enjoy without an internet connection. There’s a single-player Arcade Mode, which has you take on a series of battles against AI-controlled opponents. You can also take on single battles against the CPU or go into an endless Survival Mode in which you will fight against a never-ending wave of CPU opponents. You can also battle against a friend in local Vs. battles or go into the Dojo, where the game’s tutorial takes place – more on this in a bit. There’s also a Training Mode where you can practice everything you’ve learned.

In the Offline section, you could also go into Mission Mode. For Mission Mode, you will get a chance to learn more about the game’s deep and fun fighting system as you work your way through the list as the difficulty increases at a steady pace. Complete the tasks given to you to clear each particular mission by checking the list on the left side of the screen. Clearing a mission will reward you with experience points, which will boost your grade once you reach a specific amount.

In the Network section, you’ll get to go online to try and prove your expertise by fighting against opponents from around the world. There’s the Online Match section, where you’ll get to create your own avatar to communicate with and battle against enemies from all over the globe. You can also check all of your rankings to see how you stack up against the efforts from all other players currently taking on the Network section of things, or jump into a Quick Start session where you’ll get to practice for a bit while you wait for an opponent to join an online fight. 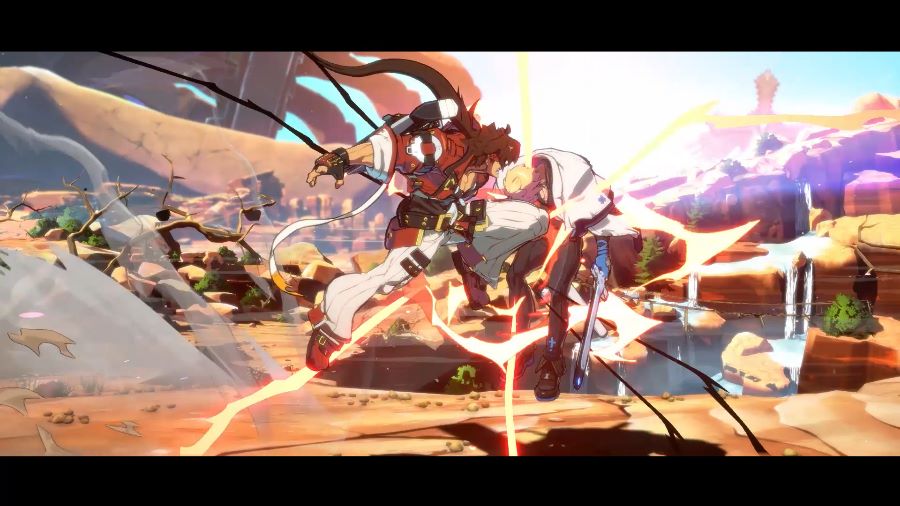 And then, there’s Story Mode. The change in the way the graphics are handled for Guilty Gear – Strive – means that the developers can now use the in-game engine character models and settings to tell a new story set in the United States about the Guilty Gear universe, and I do have to say that it offers a very theatrical presentation! There are many chapters to enjoy in Story Mode, so you should dive in and check them out if you’re not in the mood for fighting. There’s also the GG World Mode where you can learn more about Guilty Gear, checking out the glossary for character profiles and the world’s terminology, review the Correlation Chart so that you can better understand the relations between the many characters over the different eras of the Guilty Gear franchise, and even check the Chronology Timeline so that you can understand the events and timeline of the Guilty Gear series.

If you’re new to the series, now’s the perfect time to take on the tutorial, which will teach you all of the basics before you dive into the Guilty Gear universe. You’ll move your character with the left analog stick or the D-Pad, jumping by pressing up. Attacks are mapped to the Square, X, Triangle, Circle, and R1 buttons. You can quickly dash forward or backwards by pressing left or right twice, which can also be while you’re up in the air. There are also the classic fighting game special moves that are activated by combining special motions on the left analog stick or the D-Pad and pressing one of the attack buttons. You can also do an instant block by pressing forward just as an attack is about to land, similar to how you’d parry an attack in other fighting games. 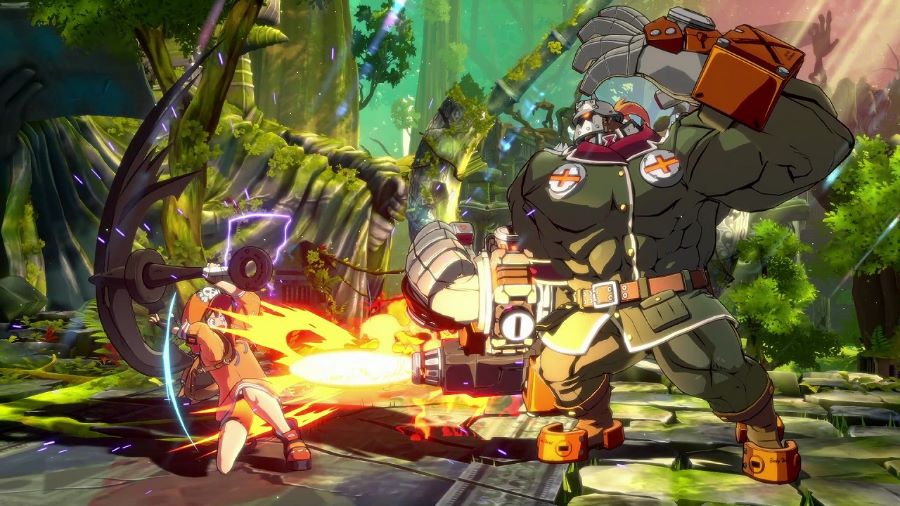 New to the series are elements such as the Wall Break feature, which makes it possible to send your opponent flying through one of the walls of a stage when a combo is started there, and you manage to deal powerful hits to your opponent. There are also two new characters introduced for this sequel. They are Giovanna, a special operations unit officer who is joined in battle by Rei, her wolf spirit companion, and Nagoriyuki, a vampire character with a samurai-style twist who can drain its enemy’s blood to boost his power. Returning from previous entries are, of course, Sol Badguy and Ky Kiske, who are joined by Faust, Millia Rage, Zato-1, May, Axl Low, Ramlethal Valentine, Leo Whitefang, Anji Mito, fan-favorite I-No, Chipp Zanuff, and the massive Potemkin.

As for the trophies, since this is a full retail release, you can expect to find a full trophy list with a Platinum trophy for Guilty Gear – Strive –, and it’s a long to work on! There are trophies for completing the Tutorial, for training for more than 30 minutes, for watching three replays, beating Arcade Mode, fighting an online match in the Rank Tower, completing the Network Mode Tutorial, or customizing the look of your avatar, playing over 100 matches – excluding Tutorial Mode -, to name some examples. 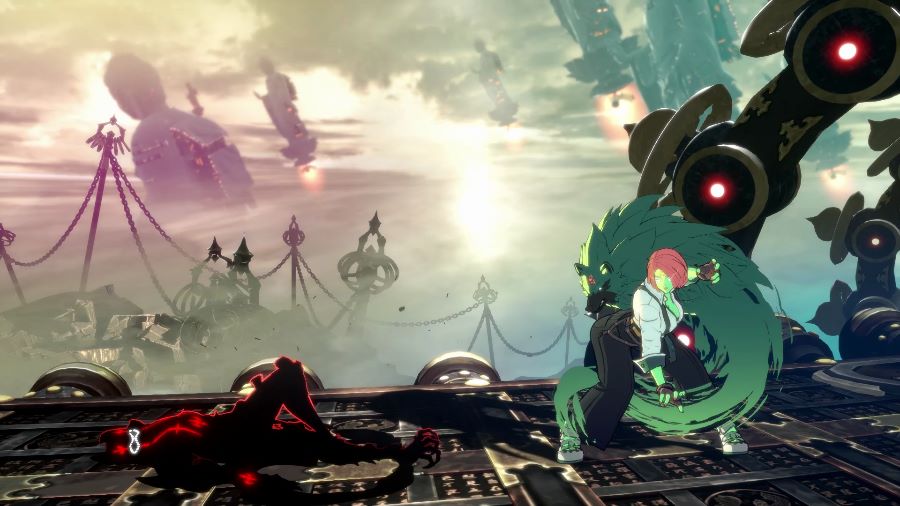 Other than the 10-15 seconds loading before each fight on PlayStation 4 – which is not an issue on the PlayStation 5 version of the game – there’s not much to complain about Guilty Gear – Strive -. It plays and feels great, and the way the new 3D models are textured and how the lighting is used to make them look very similar to their hand-drawn counterparts shows the great effort by the development team to give us a great fighting game that will only get better with more balance patches, updates, and the extra characters, stages, and bonus story that will be released as part of the Season 1 pass. 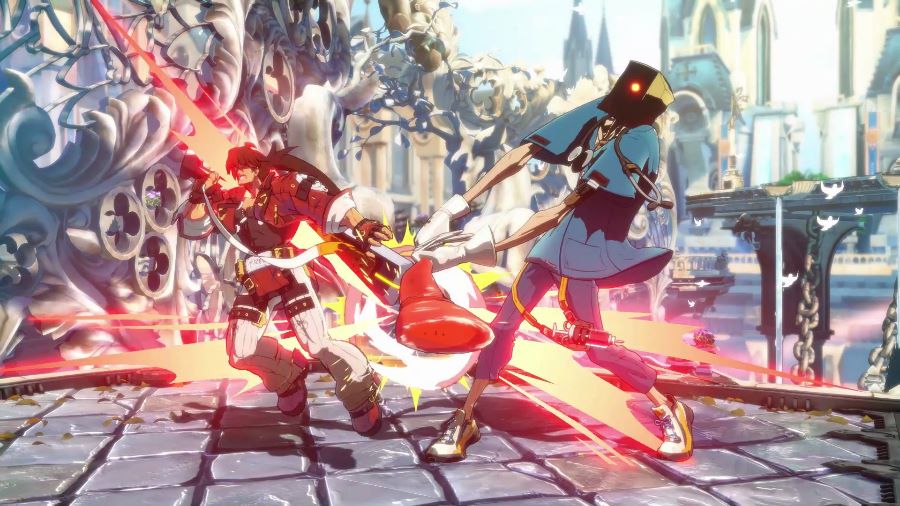 Disclaimer
This Guilty Gear Strive review is based on a PlayStation 4 copy provided by Arc System Works.

An outstanding fighting game with a gorgeous look