In Quantum Replica from ON3D Studios and PQube, you’ll be taking on a stealth game set in the far year 2084. In this future, the corrupt Syndicate rules over all with an iron fist. The Rebellion has risen against it to try and find a way to help the common citizens to survive in this cyberpunk setting with a dash of dystopia. This means you’re getting yourself into a game that makes a lot of use of shadows, neon lights, and some not very cheery locations as you travel through the game’s five districts. 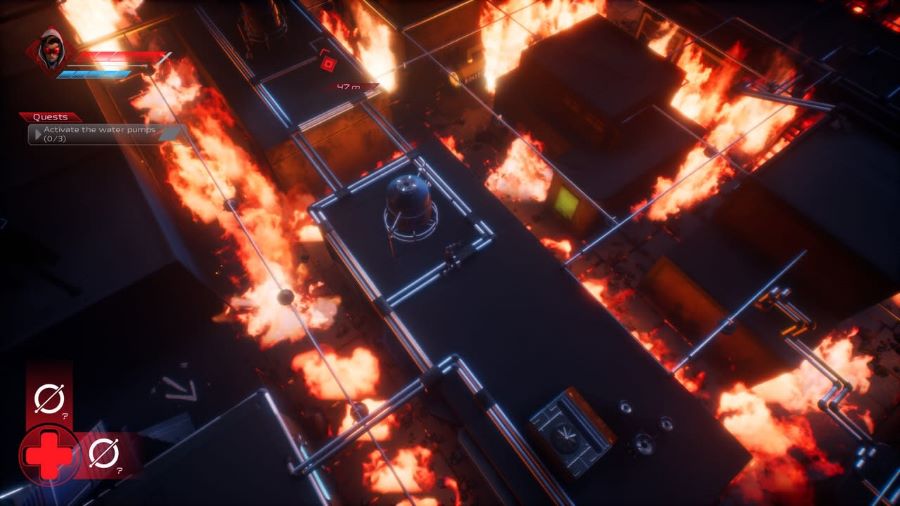 Your journey will begin with a short tutorial since you have no knowledge of who you are and how you got there. Your name is Alpha, and it seems you have been trained to find the secrets that are needed to overthrow the Syndicate once and for all. You must infiltrate this shadowy government organization by using your skills as you use stealth and shadows to your advantage, collecting new weapons and items as you move from zone to zone, trying to recover your lost memories in the process.

You’ll move your character with the left analog stick, controlling the camera with the right one so that you can change your view, which will also be used for selecting between items and ammo when you press right or up on the D-Pad. To use an item, just press the X button after selecting it. You can run with the R2 button for when you need to pick up some extra speed, and you can do a short dash with the Circle button to break through space and time – that is, once you’ve unlocked said ability. 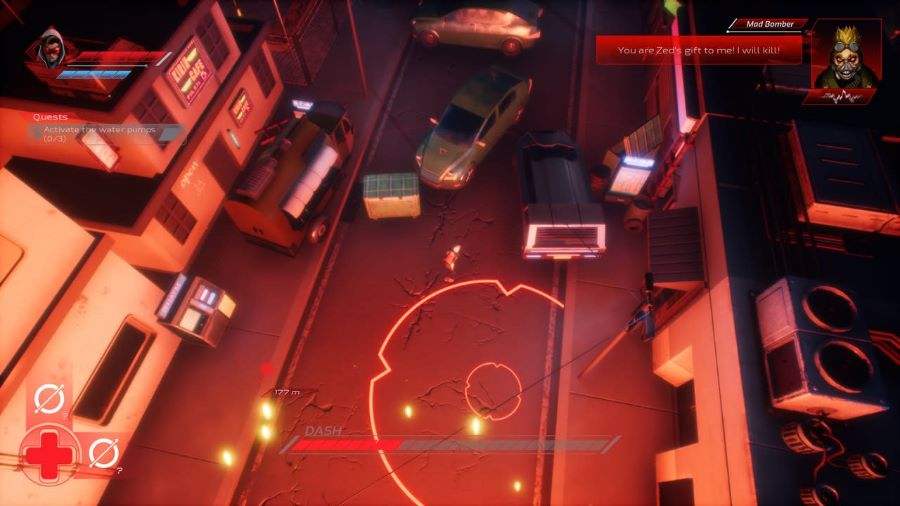 When you need to aim, just press the L2 button and then shoot with the Square button, which will also be used for interacting, as well as to drag people around, so that you don’t leave a body around out in the open on the floor. Oh, and if you approach an enemy without being seen, you can press the Square button to incapacitate them or press and hold down the button to kill them. You can also enter Shadow Mode by pressing the Triangle button. Shadow Mode will slow down everything around you, which will be a great way for you to sneak past some of the more dangerous areas in the game that are packed with guards and hazards.

You should always check vehicles, containers, and terminals near you since you can loot them by getting closer and pressing and holding down the Square button. Sure, maybe of them will be empty, but the ones that have an item for you – some ammo, a healing item – are priceless. Some of the terminals can be hacked, which will allow you to take a look at the footage being recorded by some of the security cameras in the area – so that you can see what about to be going up against – or to open up a door. 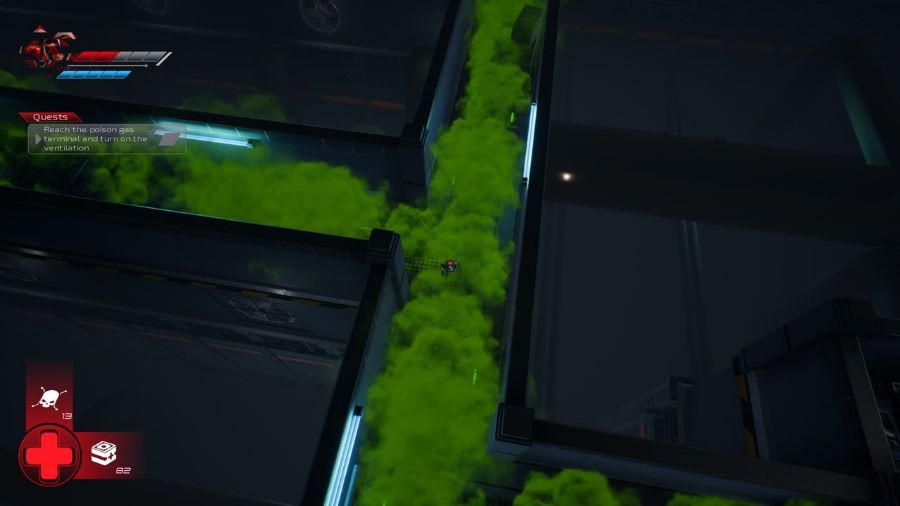 As for the trophies, Quantum Replica has a full trophy list with a Platinum trophy, and it’s not going to be an easy one to unlock. While there are easy trophies for progressing through the game’s levels, for opening an item container box, for hacking a terminal, for finding and using a healing item, or for hacking a camera in the city, there are a handful of trophies that will be a pain to complete. One asks that you open all item container boxes in the game, another one requires you to find all hidden health upgrades, and then there’s the one that requires you to finish the game without killing a single soldier. This means you’ll have to do things the hard way by not killing them when sneaking up to them, and you can’t use lethal ammo rounds with your gun, or else you’ll void this trophy. Since an enemy that has been put to sleep can be instantly woken up by another enemy who spots it, if you don’t do things just right, you’ll be wasting a lot of time. 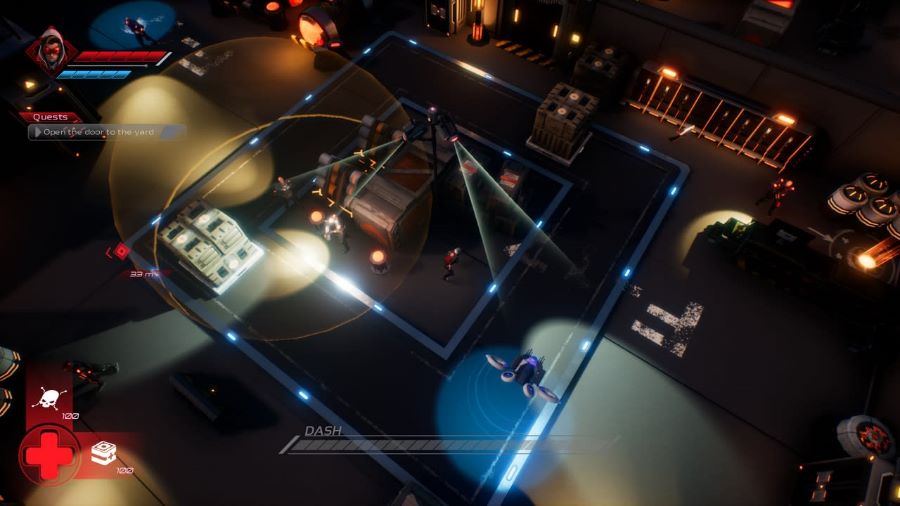 Quantum Replica is a stealth game with a bit of action that is a bit on the linear side, so it ends up doing things by the numbers, which is not a bad thing for a budget game to play between bigger, more polished releases. Quantum Replica is out on PlayStation 4 with a $9.99 asking price.

Disclaimer
This Quantum Replica review is based on a PlayStation 4 copy provided by PQube.