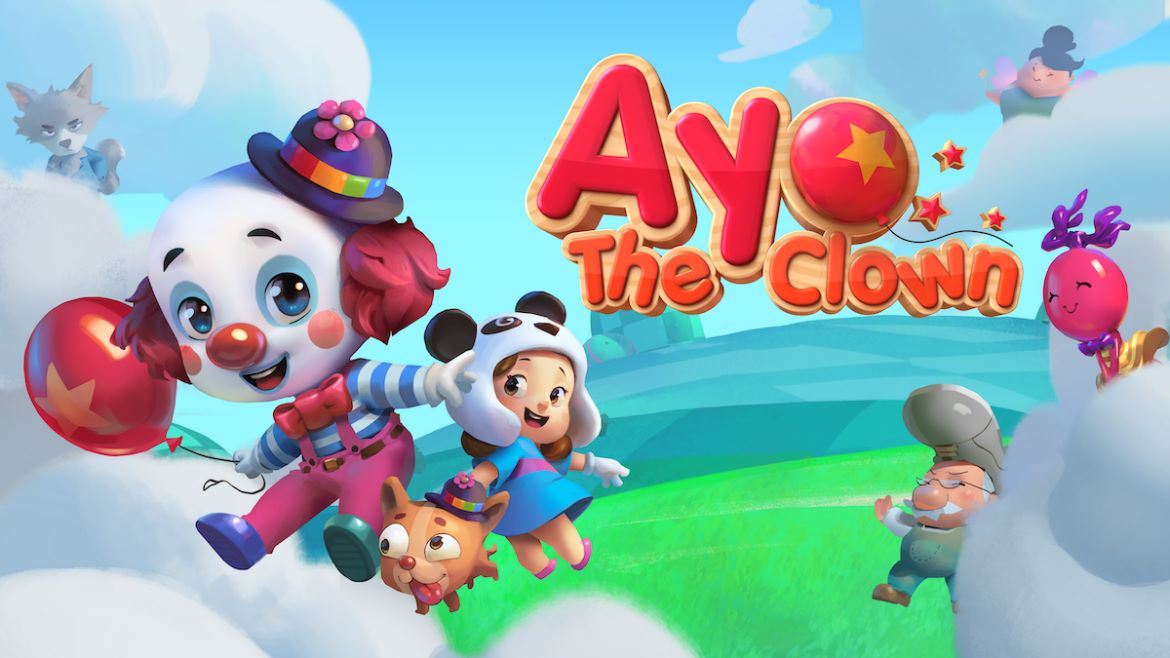 Ayo the Clown from Cloud M1 is a charming and colorful platformer in which you search for a missing dog. Learn more in our Ayo the Clown review!

In Ayo the Clown from Cloud M1, you’ll be taking on a charming and colorful platformer in which you will take on the role of the titular clown who must go out on an adventure to search for Bo, his talented circus dog who has gone missing. This is a 2.5D platformer that pays homage to the classic platformers of ages past. It’s easy to pick where it drew inspiration from the classic Super Mario Bros. and how some areas here and there have a nod to the Donkey Kong Country platforming segments. 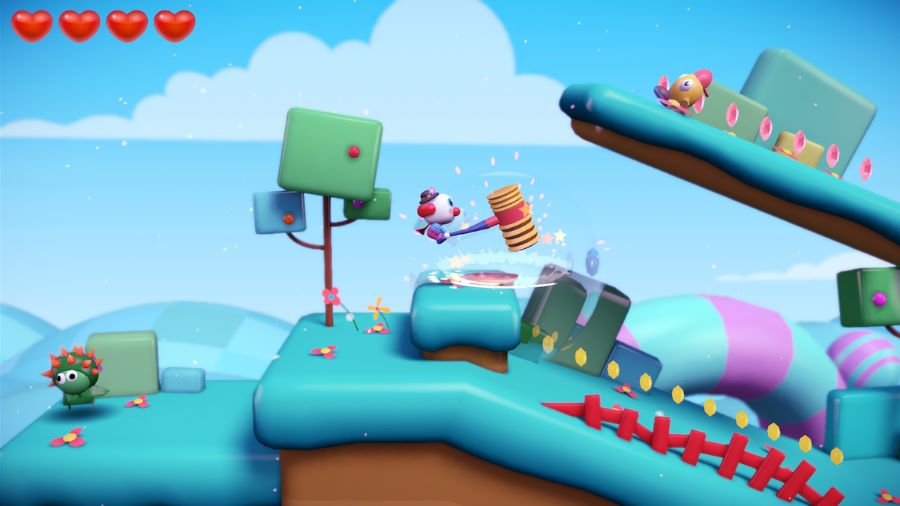 Ayo’s abilities must be unlocked as you progress through the game. You’ll start with a clown that can only walk or run around each stage, and you’ll eventually add the ability to jump after you give the shoemaker his missing anvil so that it can fix your jumping clown shoes. Before this, you will use frog pads to jump around to go over obstacles, as well as to land on top of enemies. After you help collect the missing dog balloons, you’ll be rewarded with a new balloon ability that will allow you to gently float when jumping, as well as gaining some extra height after a jump by using the left analog stick or the D-Pad. After this, you will be able to also gain a powerful head pound that will aid you on your ques to save Bo.

Ayo has three hearts, and if you’re hit, you’ll have to find a health item to recover. Do be aware that falling down a bottomless pit will make you lose a life, so you should also pick the extra lives you can find, usually in spots out of the main path. You can also locate items that will grant you a temporary attack option, such as a balloon sword or water balloons to hit your enemies from a safe distance. Oh, and if you’re the type of gamer who likes to 100% games, you’ll have to collect the three teddy bears and the three lollypops that are hidden in each stage. 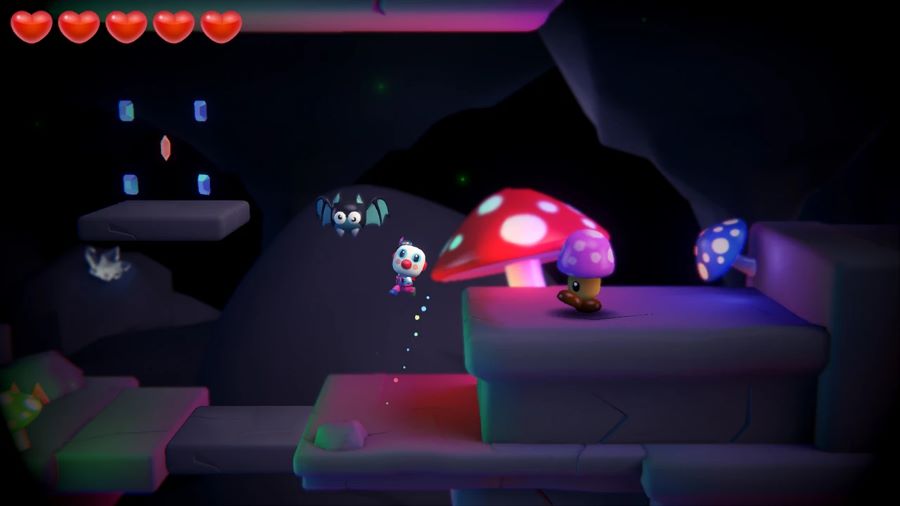 There will also be the option to purchase an upgrade with the gems you collect in each of the levels in Ayo the Clown. If you save up enough gems, you could buy a bigger balloon with the Balloon Lady for 25,000 gems – which you’re not going to have until completing four of the worlds in Ayo the Clown, since gems aren’t that plentiful, even when considering the hidden treasure chests you can find in each level. The good news is that the more gems you collect, the more extra lives you will receive as a reward as well! 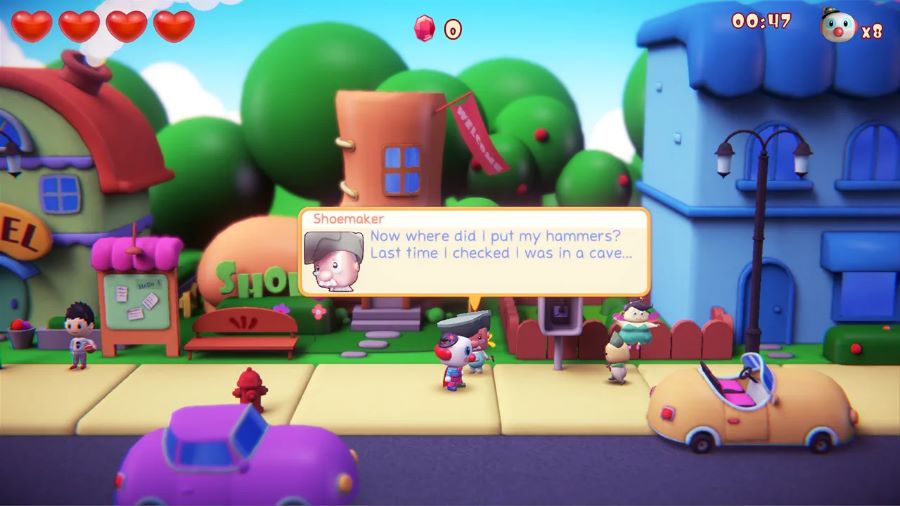 If you’re looking for a colorful and fun 2.5D platformer with a good challenge, then Ayo the Clown is a good option. It pays homage to classics such as the Super Mario Bros. and the Donkey Kong Country series, with a good difficulty curve that bumps things up as you add new abilities to Ayo’s repertoire. Ayo the Clown is out on Nintendo Switch with a $19.99 asking price.

Disclaimer
This Ayo the Clown review is based on a Nintendo Switch copy provided by Cloud M1.

Colorful and fun 2.5D platformer that pays homage to the classics 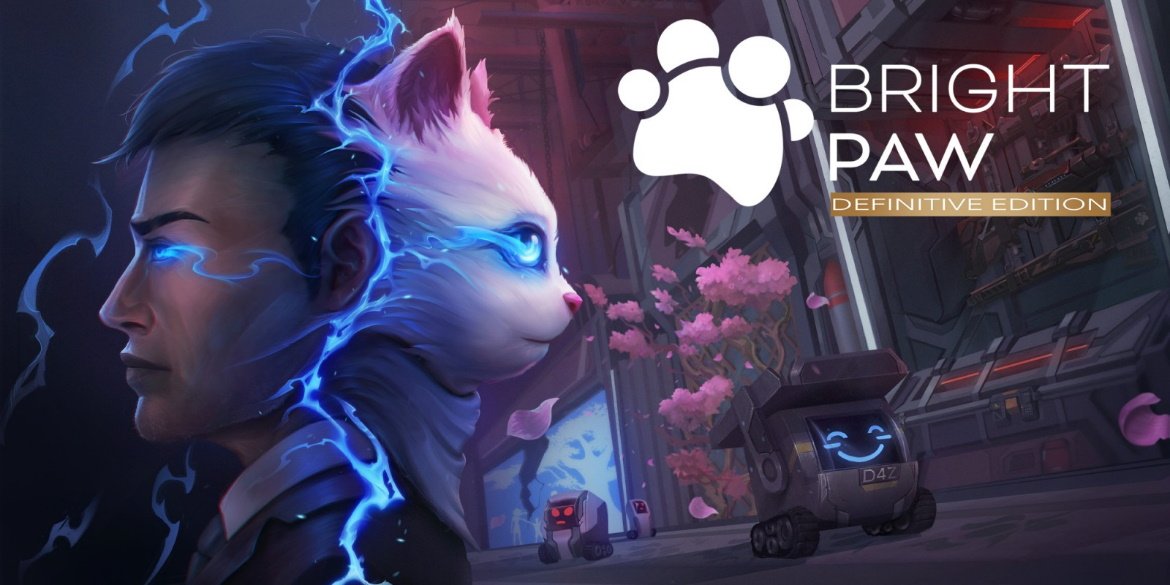