Beyond PlayStationCurved SpaceGame Reviews
No Comments 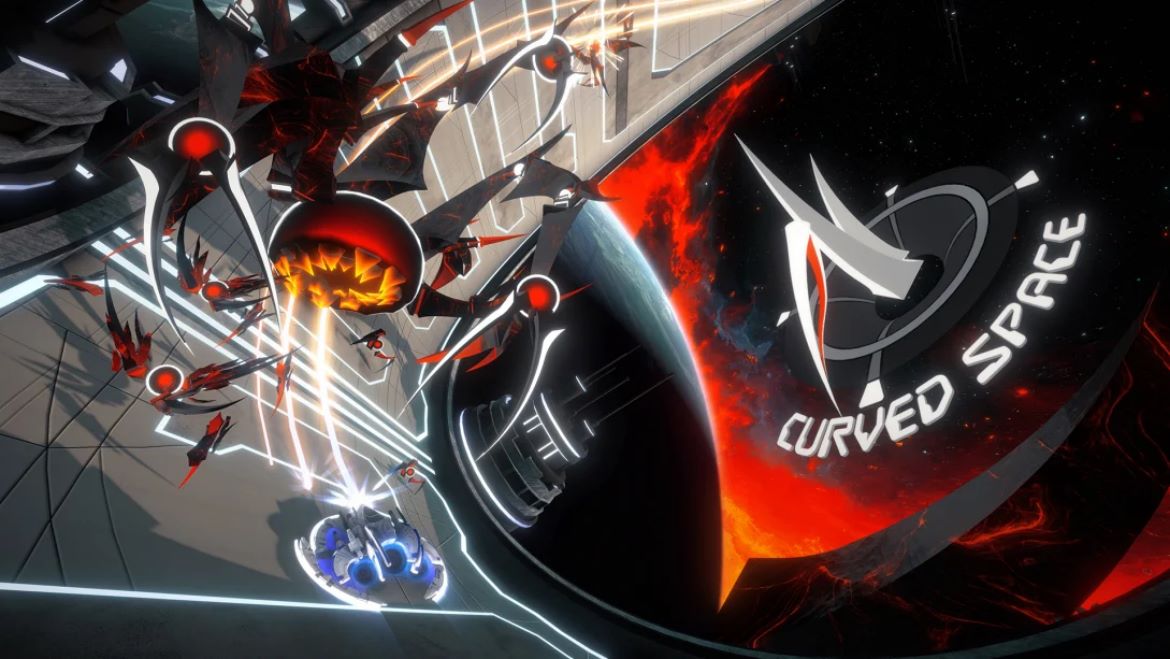 Curved Space from Maximum Games and Only by Midnight is a fast-paced 3D shoot ‘em up on Nintendo Switch. Check our Curved Space review!

Curved Space from Maximum Games and Only by Midnight is a fast-paced 3D shoot ‘em up on Nintendo Switch. It pays homage to the classic 2D entries in the genre to give us an arcade-style experience with a dash of an interdimensional story. You’ll play as an energy harvester who must control a spaceship to destroy all of the nasty spiders that are invading each location through energy portals. Your choices matter, as each decision you make will send you down the path of one of three possible variants of the main protagonist. 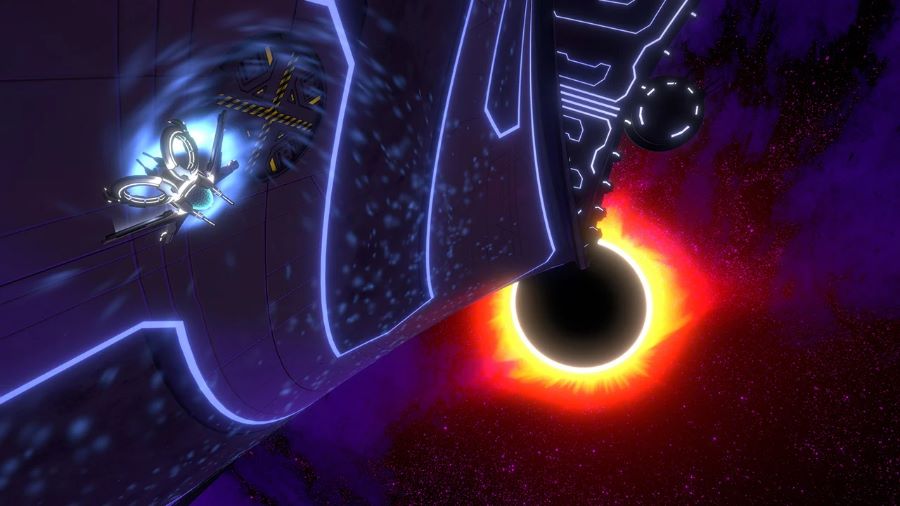 Curved Space has several modes to offer. There’s the Campaign, which will immerse you in the game’s story and lore as you try to survive through the onslaught of spiders and other bugs of all shapes and sizes. Daily Run is a special level that changes every day so that you can try to get your name on the leaderboards. Survival, Arena, and Endless must first be unlocked by playing through the Campaign. In Survival, you will fight wave after wave of enemies of increasing difficulty. For Arena, you’ll take on 60 randomized challenges from the Campaign to try and land on the leaderboards. Endless, as the name suggests, will feature waves of random challenges from the Campaign Mode along with different objectives that will test your skills as you must adapt on the fly. 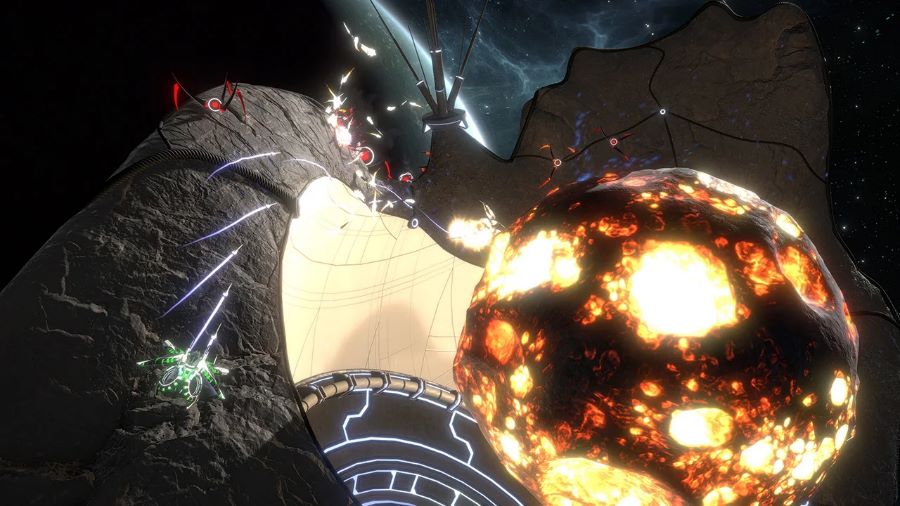 You’ll move with the left analog stick as you aim with the right one, shooting at enemies with the ZR button. To move to the next primary weapon, just press the X button. You can unleash your secondary weapon with the Y button and can switch between the available ones by pressing the B button. You can do a quick dash with the ZL button and can use your lash with the L button to grab onto an enemy and steal its health. If you lash onto an enemy and then dash into it, you’ll deal considerable damage. If you’re ever in trouble, you’ll need to use your Overdrive to turn the tide of battle. Just collect enough energy to activate Overdrive with the R button so that you can greatly improve your firepower, and unleash your fury.

The game takes its name from the fact that you’re exploring in space and that each location that you visit will allow you to follow its curved paths as you flip upside-down, go spiraling around cylindrical structures, and nodes that you can use to lash a spider or two so that you can siphon their energy into said nodes. This will allow you to use their energy to activate some mechanisms, or so that you can later lash onto the nodes and suck back all of the energy they’re storing. You will sometimes have to survive for a set amount of time while the spider count drastically increases, making the most of your available weapons. 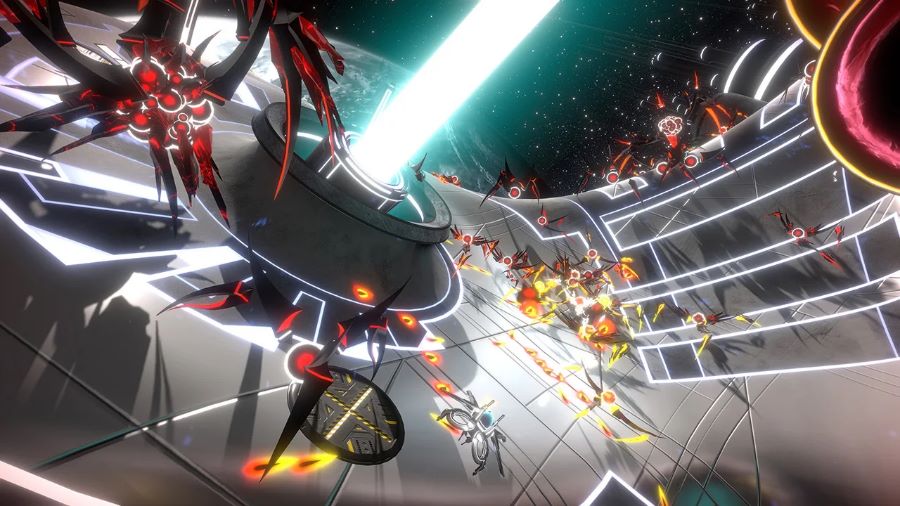 Every now and then, you’ll have to battle against large bosses that will come after you with all of their might. You’ll have to pay attention as you learn their movement and attack patterns so that you can counterattack as needed, all while you avoid the regular enemies that will continue to spawn. The good news is that after defeating a boss, you’ll get to pick a power-up from the available options. These could include boosting your overall health total, making it so that spiders drop more health, reflecting damage as you dash, being able to lash spiders even if they’re armored, or making it so that laser and plasma weapons deal more damage. 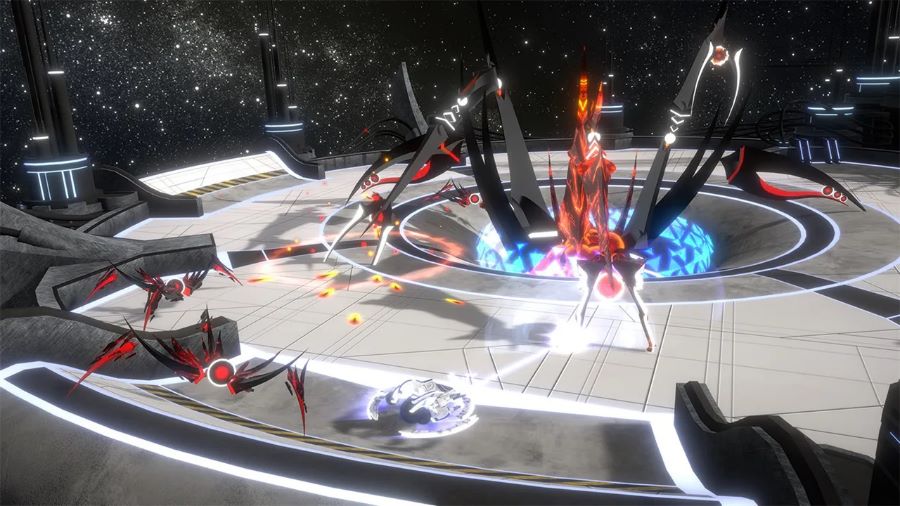 Curved Space is a space shoot ‘em up with a solid look, a synthwave soundtrack, several weapons to collect, dangerous spiders to destroy and harvest, and deadly bosses that will crush you if you’re not careful. It offers a good variety of game modes to reward you after progressing through the Campaign Mode, so you’ll be busy for many hours as you try to climb through the leaderboards. Curved Space is out on Nintendo Switch with a $19.99 price.

Disclaimer
This Curved Space review is based on a Nintendo Switch copy provided by Maximum Games.

A fast-paced and fun 3D space shoot 'em up 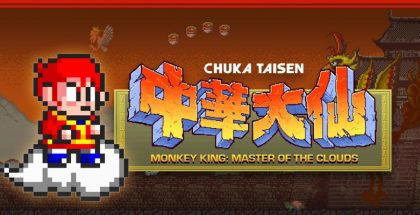