Game ReviewsRavva and the Cyclops Curse
No Comments

Ravva and the Cyclops Curse from eastasiasoft and Galope is a 2D action platformer that pays homage to the Nintendo Entertainment System – a.k.a. the NES. You’ll take on the role of the titular young summoner apprentice, who must use her powers to call upon the help of four companions to fight against the Cyclops Lord and its monsters. Ravva’s mother should have taken care of this, but a terrible curse has fallen upon her, so it’s up to Ravva to use the elemental power of her companions to destroy the obstacles keeping her from reaching the Cyclops Lord. 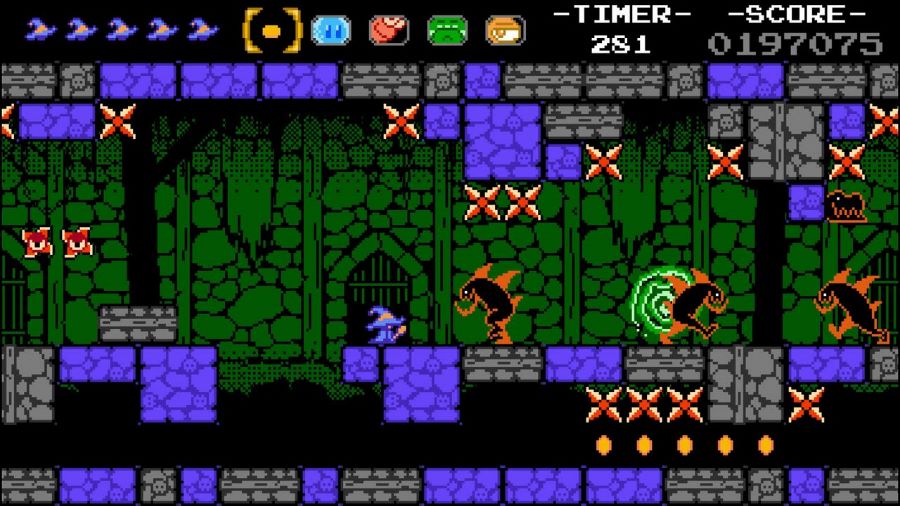 Your journey will take you through ten stages inspired by the 8-bit classics of the NES era, with some extra quality of life improvements that you’d expect to find in a 2021 console release on PlayStation 4, as you play with a controller that has way more buttons when compared to the classic NES controller. The game reminded me at times of games from the NES era, such as Darkwing Duck, Little Samson, Ducktales, Teenage Mutant Ninja Turtles, and Monster Party, to name some examples.

You’ll move Ravva with the left analog stick or the D-Pad, jumping with the X button. She can attack with the Square or Circle buttons and can change between her regular attacks and her four companions by using the L1, L2, R1, or R2 buttons as needed. For each level, there will be a timer close to the center of the screen, which means that you will have to complete the level before the timer hits zero, or you’ll lose a life. Next to this will be your overall score, and on the upper left corner, you’ll get to see how many lives you have left. 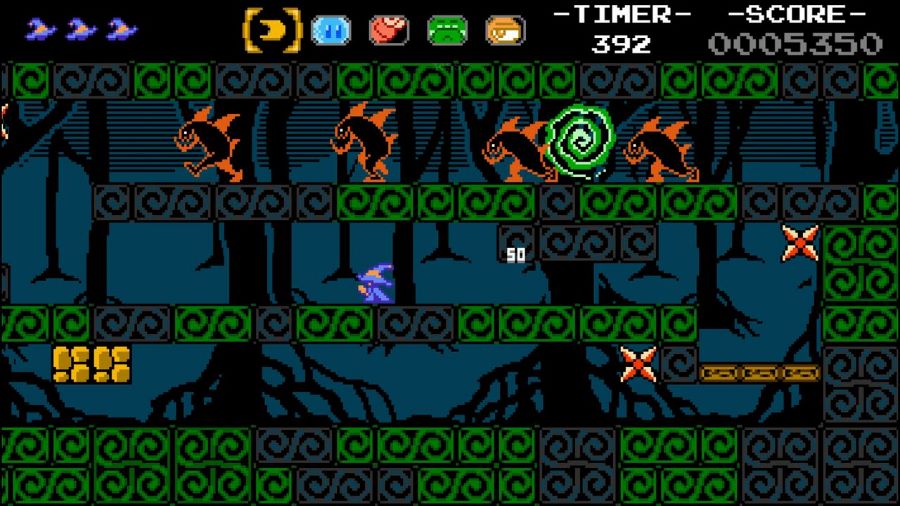 Your regular shots can break yellow tiles. As expected, this means that for green tiles, you’ll have to summon your green companion, who will shoot at a downward angle. Your red companion can fire at an upward angle, which will be useful for hitting enemies that would otherwise be out of reach or to hit power-ups so that you can collect extra coins, improve your regular attack, or get a temporary invincibility boost! The blue companion can be used to freeze obstacles so that you can then destroy them with your regular shot. And then, we have a giant eye companion that can be used to reveal hidden items, passageways, or platforms. 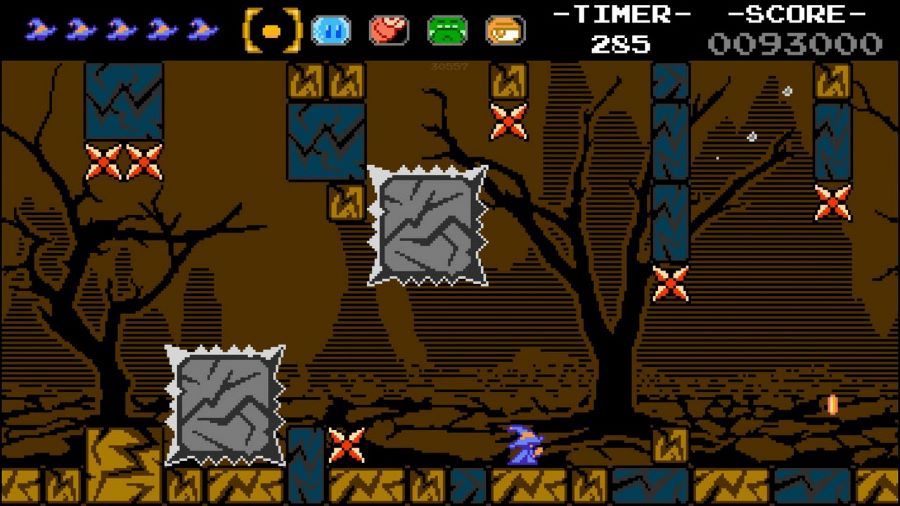 Ravva and the Cyclops Curse has a full trophy list with a Platinum trophy for you, and it’s one you can get in an hour or so, depending on your experience with old-school-style action platformers – or the difficulty setting you pick. The list is split into a single Silver trophy and eleven Gold trophies. Before you dive into the game, check the Tutorial from the main menu so that you can make that your first trophy. After this, you’re going to get trophies for defeating a ton of enemies with your regular attacks, with green attacks, and with red attacks, collecting three extra lives, collecting 250 coins, finding 15 hidden power-ups, and completing all levels in the forest and in the desert areas. This means you technically don’t need to finish the game to get the Platinum, but you might as well do it since you’ll only be missing finishing one stage and then beating the Cyclop King. 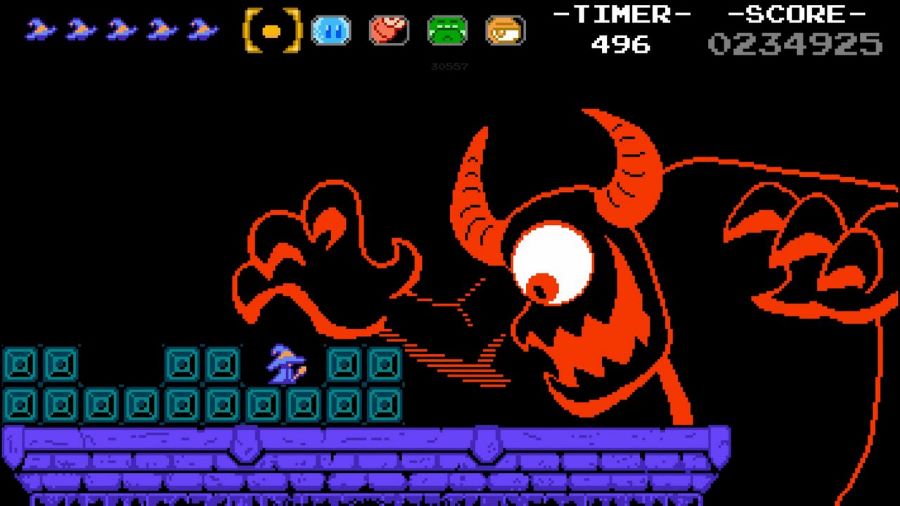 Ravva and the Cyclops Curse is a fun 2D action platformer that pays homage to the NES era. It’s an experience that will certainly remind you of other games from that time, offering a game that will be as challenging as you want it to be, thanks to the three difficulty settings and simple gameplay mechanics, accompanied by a chiptune soundtrack. Ravva and the Cyclops Curse is out on PlayStation 4 copy provided by $4.99.

Disclaimer
This Ravva and the Cyclops Curse review is based on a PlayStation 4 copy provided by eastasiasoft.