Clid the SnailGame Reviews
No Comments 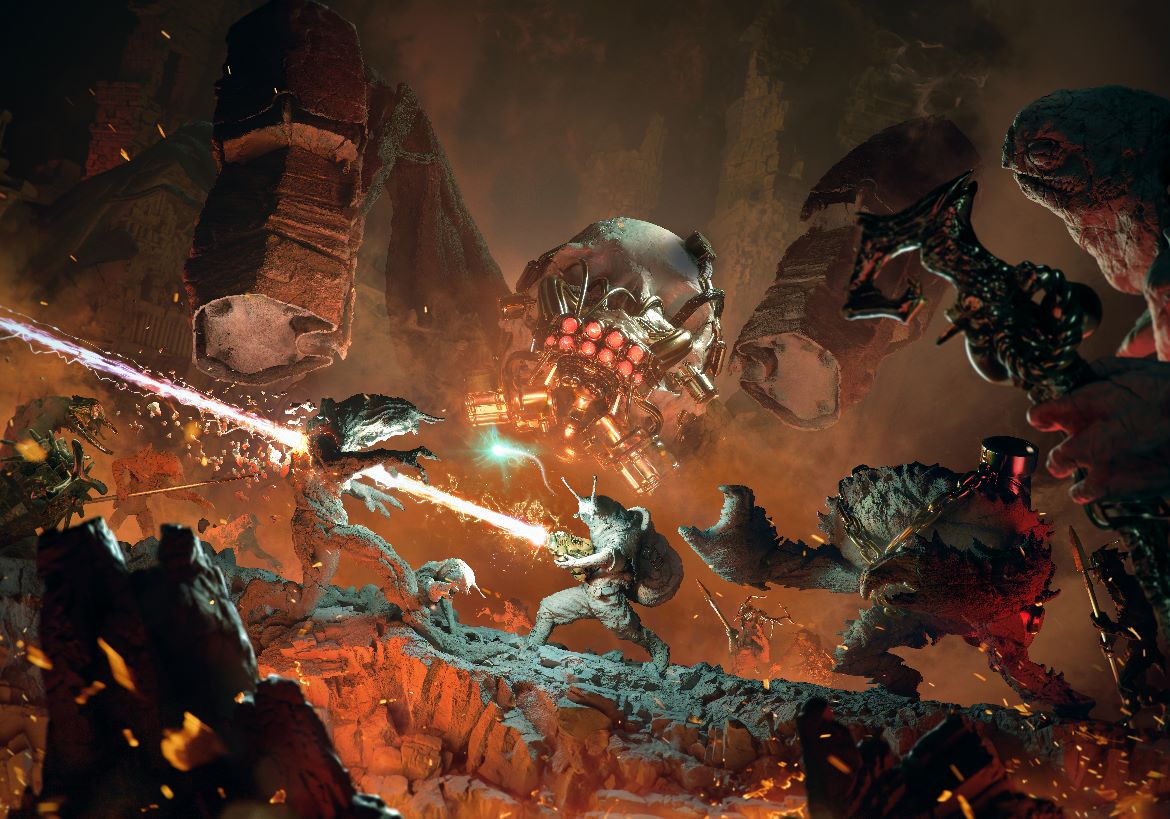 Clid the Snail from indie Weird Beluga, Sony Interactive Entertainment, and Koch Media is a twin-stick shooter with humanoid creatures. Check our Clid the Snail review!

It is always difficult to take an established genre with its corresponding expectations and to try to go against the grain in the hopes of coming up with something more unique. Get it right, and you will have yourself a bonafide classic in your hands. Get it wrong, and you may find yourself with a confused audience. Weird Beluga’s Clid the Snail tries to take the twin-stick shooter and twist things around, but does it manage to leave audiences with a unique experience, or does it just thread through muddy waters? 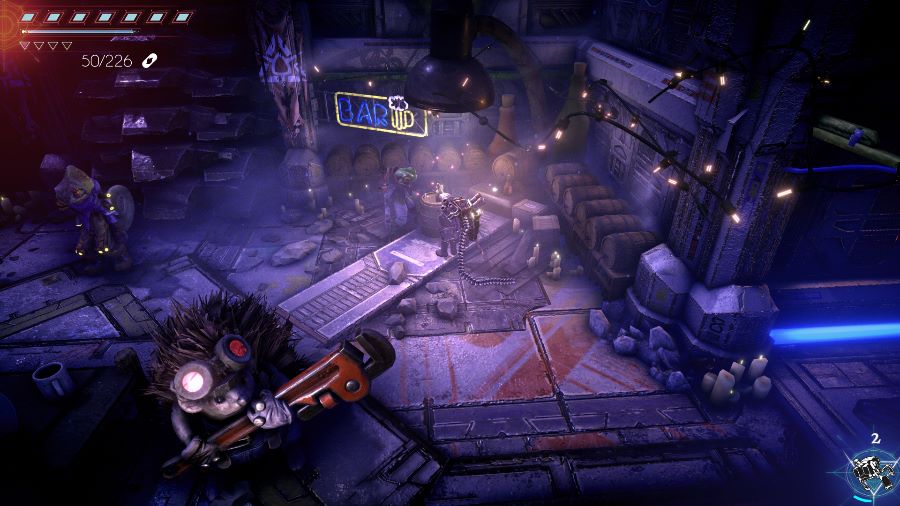 Clid the Snail from Weird Beluga, Sony Interactive Entertainment, and Koch Media is a twin-stick shooter that tries to slow down the formula whilst keeping the ethos of the genre. It hits its targets for the most part, but it also seems to miss a lot. You play the role of the titular Clid, a snail in a post-human world where creatures have evolved to create humanoid societies. The snails, a peaceful tribe, are trying to hold their own against the warmongering slugs who aim to take over the land. Clid decides to fight against the slugs, which goes against the snails’ way of life, which is why he is banished from his clan. After this, he ends up meeting a group of rebels who wish to stand up against the slugs. 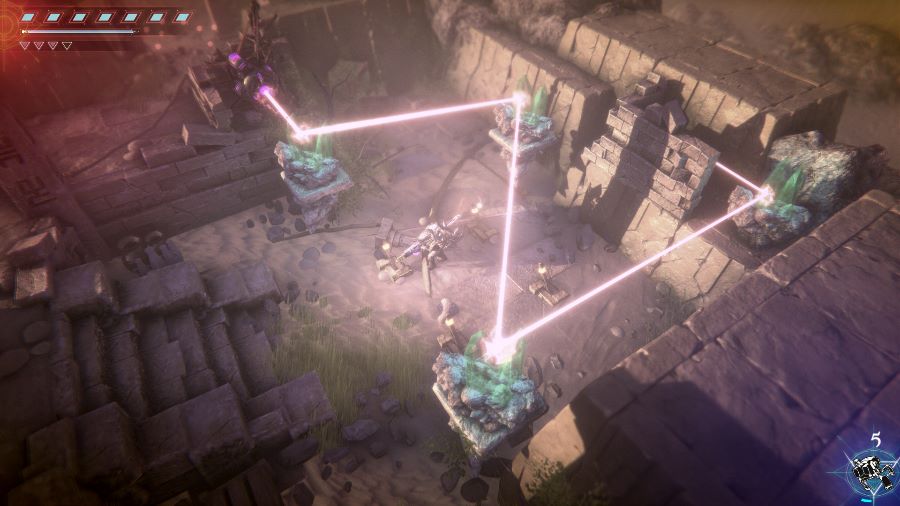 The story is an interesting one and manages to keep your interest for a lot of the journey. The characters are well-developed, if a little bit annoying at times – yes, I am looking at you, Belu – especially when you consider that the dialog is delivered in a made-up language with subtitles that after a while begins to grate more than it appears to be charming. Some games do this better – see Banjo-Kazooie or Star Fox 64 – and for Clid the Snail, you just end up wanting to speed things. 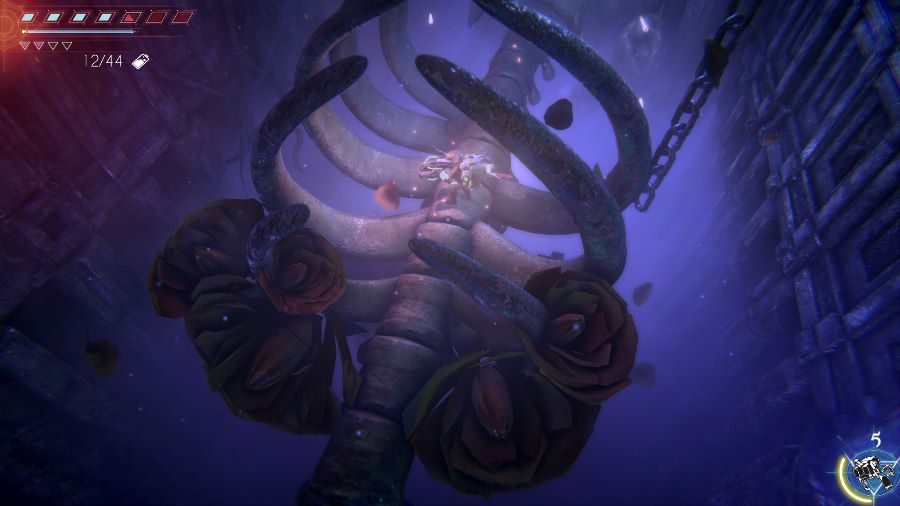 Graphically speaking, the game is serviceable. There is nothing here that would task your PlayStation 4 console. It is possible to argue that the post-apocalypse world that the game is aiming for is realized by the drab sections of the world you explore. But when the game does inject color into a scenario, things look more interesting. This certainly improves the game as a whole, which begs the question, why not do this all the time?

With that said, the visuals are not the biggest problem of Clid. For me, it is the gameplay. Clid the Snail is a twin-stick shooter, so you’ll use the left analog stick to move, the right analog stick to aim, and the R2 to shoot. The controls work exactly as they should, but the problem comes when you realize that the game seems to lack the pace and urgency one would come to expect from this genre. Clid is a snail, and they are not known for their pacy movement… but the game feels so slow and sluggish – pun very much not intended – that you end up feeling underwhelmed by the gameplay. You can press and hold down the Circle button for an occasional speed boost or tap it to dodge roll, but then the accursed stamina bar rears its ugly head curbing the injection of the urgency the game needs. 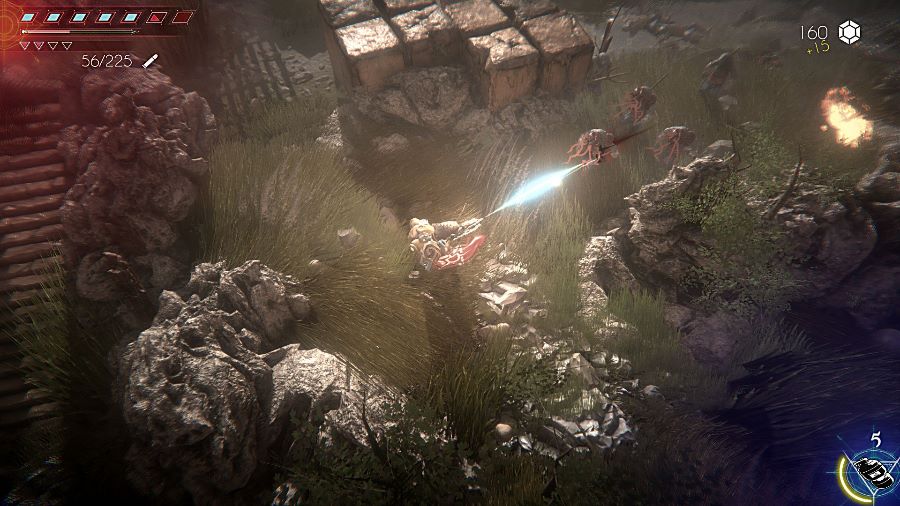 It also doesn’t help that your main/starter weapon is slow and unimpactful. Yes, you do not expect to get the all-powerful weapon from the word go, but, at the same time, you hope to have something good to use, especially since you don’t get access to your next weapon does not come for an hour or so. That isn’t to say that there is no enjoyment to be had from the game, far from it. The soundtrack is great. There is something to be said about the mournful yet relaxing guitar music found throughout the game. As soon as you load up the game, the music hits you, and the mood is set for the post-apocalyptic world that Weird Beluga has created. 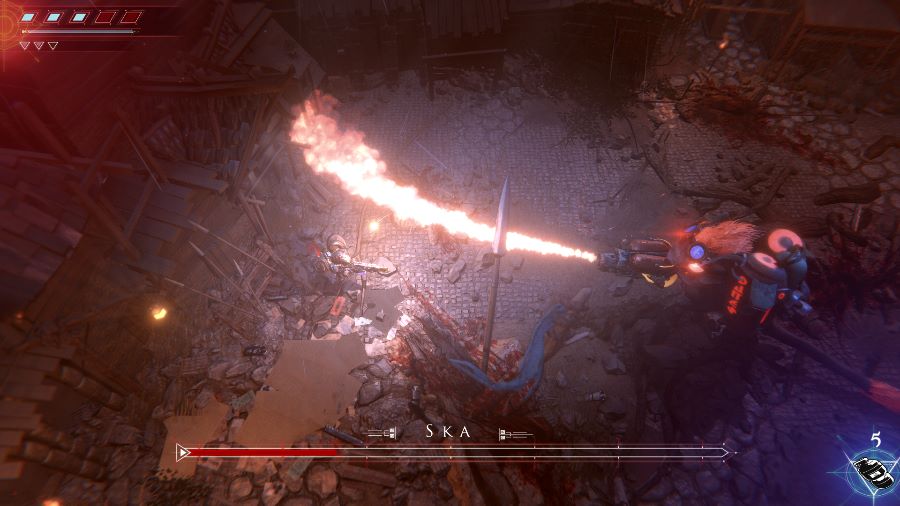 Ultimately, Clid the snail is a competently put-together experience that si marred by a few missteps along the way. If you like twin-stick shooters, you can do a lot worse than Clid the Snail. The music is charming, and the story is enticing. It just needs a tweak here and a touch-up there to be a better game. Increase the movement speed of Clid, make the starting weapon a bit more powerful, and you’ll have a better game.

Disclaimer
This Clid the Snail review is based on a PlayStation 4 copy provided by Koch Media.

Twin-stick shooter that could use some extra work