Olympia Soirée from Aksys Games is a new visual novel in which you must do whatever it takes to restore the light and end the darkness. Learn more in our Olympia Soirée review!

In Olympia Soirée from Aksys Games is a new visual novel in which you must do whatever it takes to restore the light and end the darkness. This is a Rated M for Mature visual novel in which you’ll play as the titular Olympia. She’s the last surviving member of the Tennyo Island White, which is why she was isolated for a large part of her life. She’s the only person who can perform an ancient ritual that can bring back the sun. With the world surrounded by harsh darkness, Olympia must travel to Tenguu Island to perform this mysterious ritual. This is an Otome visual novel, which means that some of the characters you’ll meet are going to be potential suitors since Olympia is actually looking for a partner to help bring unity to the land. As you explore each of the three districts – Red, Blue, and Yellow – you will start to realize – as does Olympia – that there is a lot of issues with how society is structured. Classism is very much an issue, drawing parallels to the issues with racism we still see around the world in 2021. It does have some themes that are certainly darker than what the colorful presentation would have you think about.

Your adventure begins as Olympia awakens from a dream she had about her mother. By her side is Daifuke, a member of the White Mouse Clan who loves to eat daifuku rice cakes. He’s the eldest of three siblings and will be joining you on this journey. He has pledged his allegiance to Olympia, which is why he refers to her as Hime, a term used to address a Princess. It’s her eighteenth birthday, which means it’s time for her to find out who will be her mate to continue the White clan’s way of life. She’s under the care of Grand Master Douma, the leader of the Yellow, so she wears a yellow ribbon. The game is Rated M for Mature due to some of the topics presented in the game, such as the aforementioned separation based on the caste system with White at the top, followed by the Primary, Secondary, Pied, Versi, and Darkness tiers. One must always wear a colored ribbon when out in public to denote one’s class. Or the term Blending, which refers to the act of mating by which individuals transfer color traits to their descendants. There’s a gate that is being built from Shou, which are crystals made from human souls. Olympia is not even the main character’s real name! That’s just what everyone calls her because, to them, she’s not human – she’s only a vessel for the power of light needed to keep the darkness away.

The voice acting is in Japanese, which means there’s a lot of reading for this visual novel. You can advance text and confirm choices with the A button and can hide the text window with the B button. To skip text, press the Y button, which will skip text based on how you configure things. To quick save, press the L button. To quick load, press the R button. If you want to autoplay text, so you don’t end up pressing the A button over and over again, you can do this by pressing the ZR button. There’s a Treasures section you can visit to review Memories, Music, Movies, the Glossary, or enjoy some Short Stories you unlock after playing through the game. Memories is what would usually be called the Gallery in other visual novels, and it will allow you to check out all of the CG images you see along the way. Music and Movies give you access to background songs and cutscenes you’ve experienced in Olympia Soirée. The Glossary will contain important information you unlock as you play through each of the game’s chapters. You can quickly check new terms as they’re added to the Glossary by pressing the X button to then go into the Glossary menu. 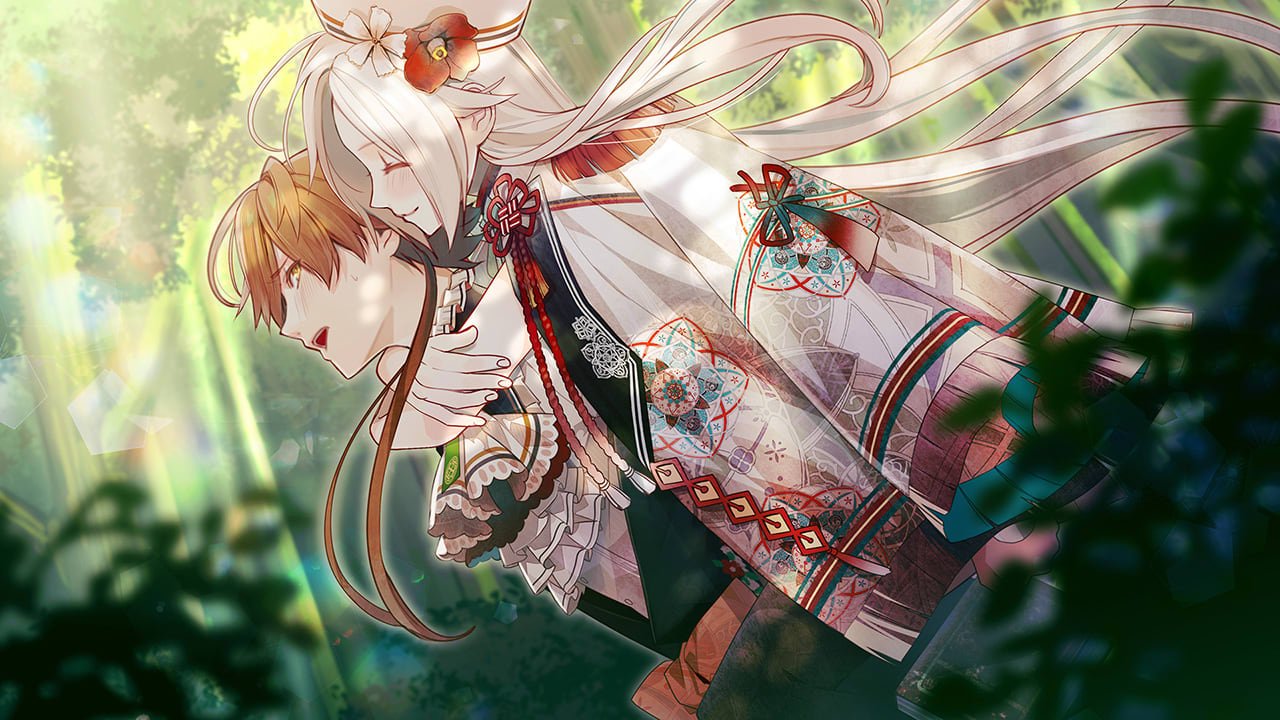 Olympia Soirée was a pleasant surprise on Nintendo Switch. At its core, it’s an Otome visual novel, but it does deal with some mature and disturbing topics that have it earn its Rated M for Mature distinction. I don’t want to spoil the story beats for Olympia Soirée since it’s one you have to experience on your own, but rest assured that it’s a visual novel that will keep you coming back for more for dozens of hours thanks to its many twists and turns. Some of its themes will make you feel uncomfortable, but that’s to be expected of a game with an excellent story that deals with the usually uncomfortable and unfair nature of life. Olympia Soirée is out on Nintendo Switch with a $49.99 asking price.

Disclaimer
This Olympia Soirée review is based on a Nintendo Switch copy provided by Aksys Games.