Demon Turf from Fabraz and Playtonic Friends is a retro-looking platformer adventure on PlayStation 5. Check our Demon Turf review!

Demon Turf from Fabraz and Playtonic Friends is a retro-looking platformer adventure on PlayStation 5. In the Demon World, where this game takes place, there are many demons fighting each other for power. The Demon King reigns supreme, so Beebz, our main character, sets out on a quest to overtake him in order to become the Demon Queen. The game begins with a tutorial level explaining every one of Beebz’s moves. Since this is a 2D platformer, she can run, jump, double jump, spin hover, do a long jump, wall jump, or attack. 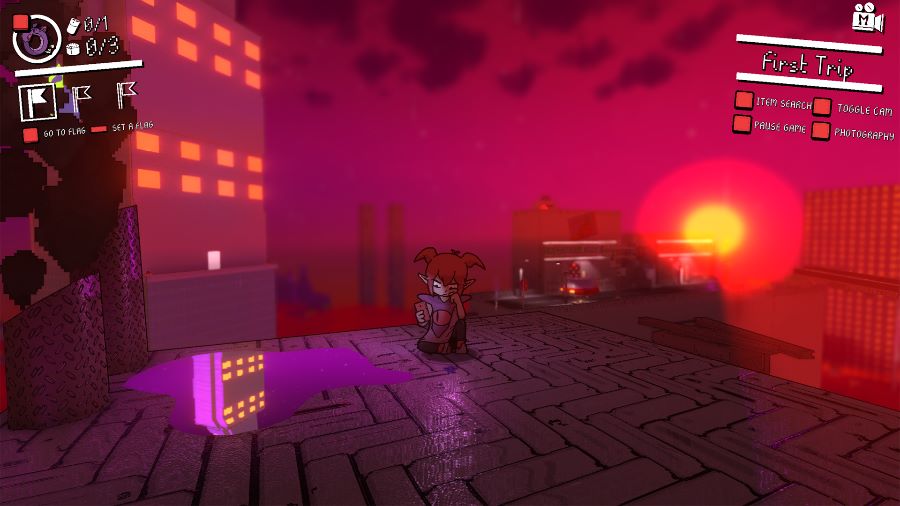 The levels are relatively simple, but each one of them surprised me by its size. They filled me with nostalgia thanks to the interesting art style with 3D environments and 2D sprites over them. I liked how it was possible to create checkpoints at any time by placing a flag, and you’ll go back there when you fall down a bottomless pit. You can set the camera to a free look, and the orientation of the 2D sprites will follow. This felt like the early PlayStation era of games, which is definitely a good thing.

Each level has collectibles in the form of sweets that can be found using a handy in-game compass. The sweets themselves can then be used in special shops to purchase “mods” – some of them are advanced techniques for Beebz. Others will add different colored dyes to customize Beebz’s look or even add pets. Be warned that if you’re looking for this game’s Platinum trophy, you’ll have to collect them all. There are also a few side-quests, and one of them is taking pictures of the Demon World and its inhabitants for a “mysterious” character. 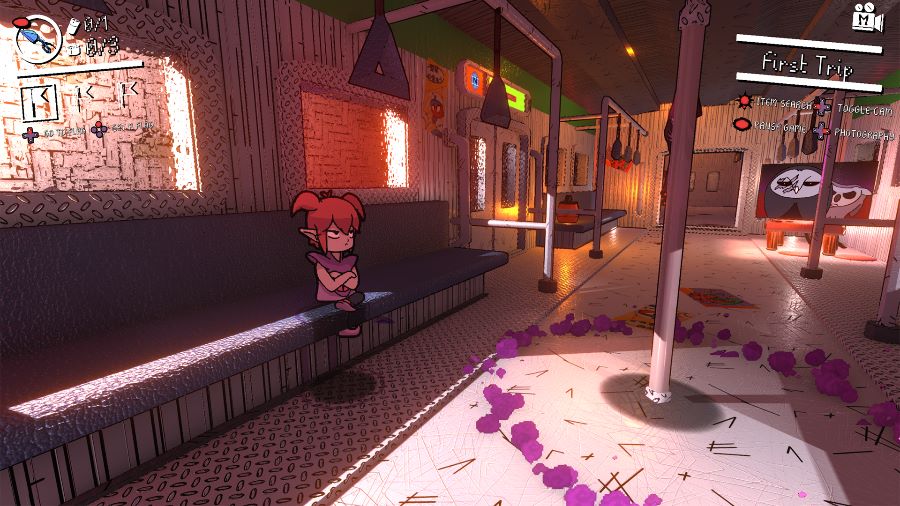 Once a level is finished, you’ll see an online leaderboard telling you how fast you were and how fast other players were. You can dive back into the level to challenge it and try to complete it at a faster pace, and climb up those leaderboards. There’s also some replay value since you can go back to a level to get any collectibles you missed, all while some aspects of the levels change slightly.

The whole ambiance of this game is spooky, and the luminosity is often dim in the levels. A point to keep in mind is about this game’s accessibility: the levels have lighting torches that are in the same hue as the already dim levels, which made some locations hard to explore, even for me, who isn’t colorblind. The soundtrack is moody and appropriate for what the game is going for. I also must add a special mention about Beebz voice acting, thanks to a pretty amazing performance. 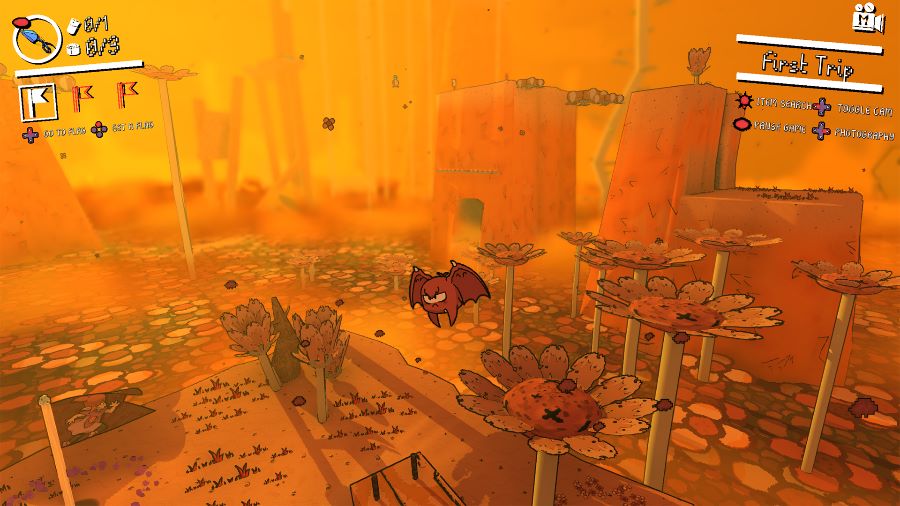 As for the trophies, Demon Turf is equipped with a Platinum trophy. The full trophy list is composed of 25 Bronze, 11 Silver, and 3 Gold. Trophies are awarded for completing each level once, then for doing it a second time in their new form. You’ll also need to collect every sweet, all retro cartridges, and the most difficult trophy, which is for speedrunning each level and completing them under their set time limit. 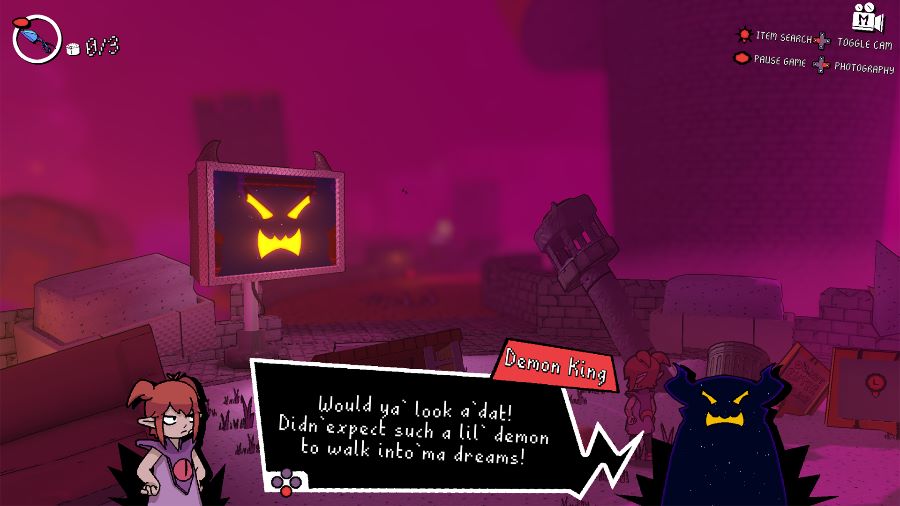 Demon Turf is a fun retro game that offers a lot of replay thanks to each level slightly changing once they have been completed, as well as thanks to the many collectibles hidden in each level. I liked the presentation with 2D sprites over 3D environments, and the soundtrack is a good one, although I did have a small gripe with the accessibility of this game because of the lighting effects. This is a game that won’t be for everyone, but if you’re looking for something to bring back the vibe of the old-school era of the first PlayStation console, Demon Turf is one to check out on PlayStation 5.

Disclaimer
This Demon Turf review is based on a PlayStation 5 copy provided by Playtonic Friends.