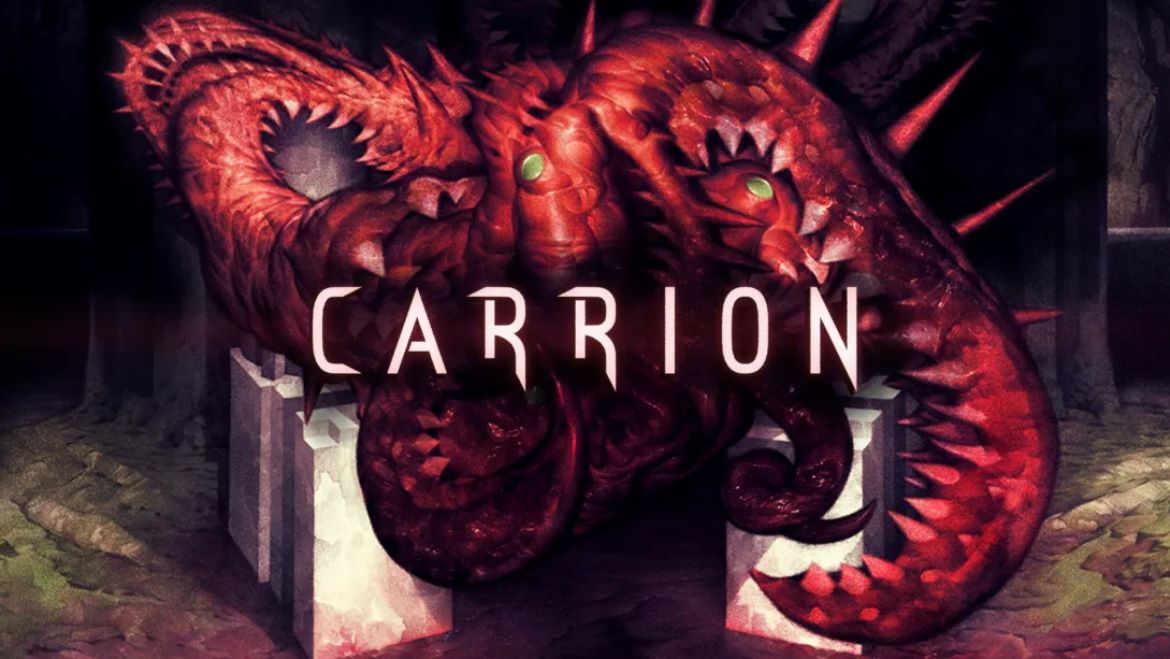 Reverse horror experience Carrion from Phobia Game Studio and Devolver Digital is now ready to go on PlayStation 4. Check out our Carrion review! 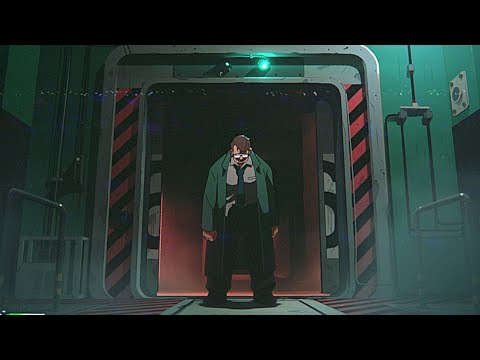 A parasitic alien breaks out of a secret military base and decides to eat everybody. I’m sure there is a punchline there, but that is the premise of Carrion. What is Carrion, you ask? Well, Carrion can best be described as a reverse horror 2D side scroller where you play as a parasitic monster navigating through a secret military outpost akin to the 1980s monster movie The Thing. 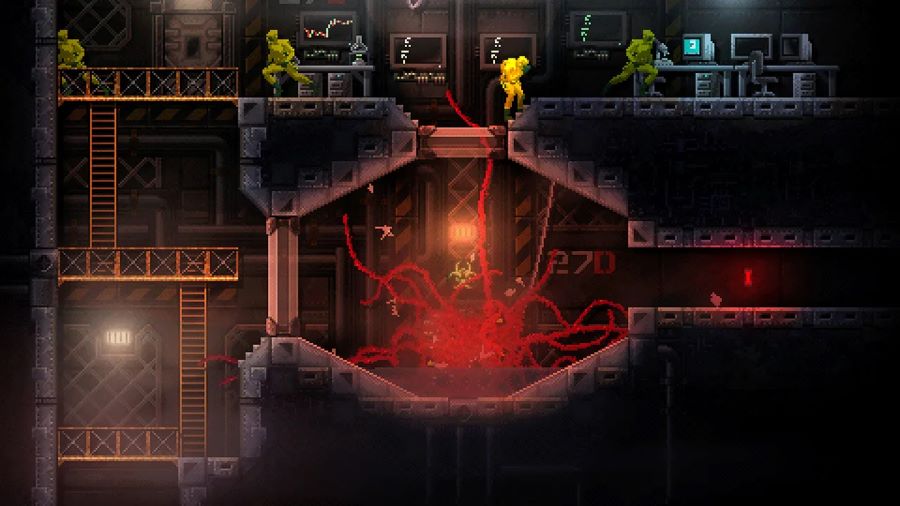 Here you play as the monster instead of against the monster, and you nurture it from “infancy” to the full-grown monstrosity it can become. If Phobia Game Studio did anything right when creating this game, it would be conveying what it feels like to move in the shadows and the corridors as a glob-like monster hunting its prey. The best way to describe the feeling would be similar to how players felt when moving around as Spider-Man in one of the good games, but now in a 2D setting.

The game is at its best when you find yourself encountering enemies. Leaping into enemy soldiers, scientists, and other types is an exhilarating experience, especially when you are able to get the drop on an unsuspecting enemy whom you are able to consume to regain your health. The sound effects are excellent when chomping down on screaming enemy units, as is the eerie music that further enhances the already tense atmosphere. 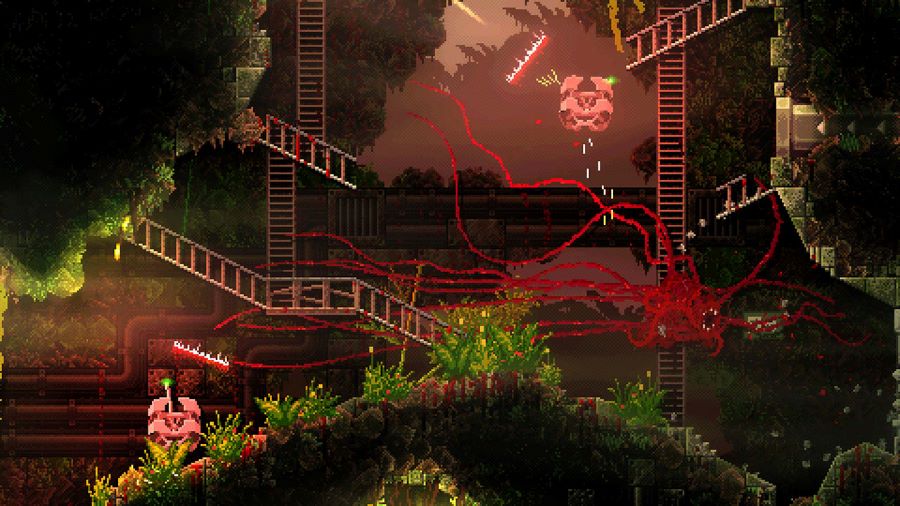 For the most part, Carrion is a fun experience that could be completed relatively quickly, but, unfortunately, the action comes to a halt the moment you end up lost in the maze-like corridors of the world. Carron can best be described as a Metroidvania with teeth. True to the genre, there is often a lot of backtracking involved. But every Metroidvania worth its salt knows that the game is only as good as its gadgets – in this case, abilities that the monster can unlock as you progress through the game – and its world’s layouts.

Whilst the four abilities you can unlock in the game are neither over nor underwhelming, the layout can leave you in heaps of frustration. Most of your time with this game will be spent constantly backtracking through sparse locations trying to figure out where to go, with no map to speak off to figure things out. It is alleged in the game that the monster absorbs some memories and abilities of the people it consumes, so it begs the question of why it is incapable of absorbing the ability to create a map of the world. 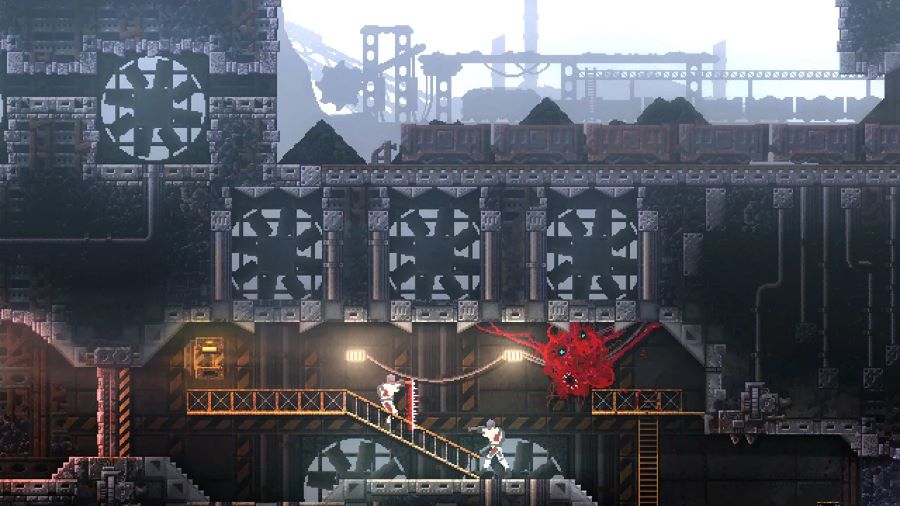 The PlayStation version is a combination of the base game released in 2020 and the Greatest Time of the Year DLC, which was released as free content earlier this year. Whilst it goes a long way to give you more Carrion content, it is just more of the same with the exact same frustrations you experienced in the base game, but with a Christmas theme. 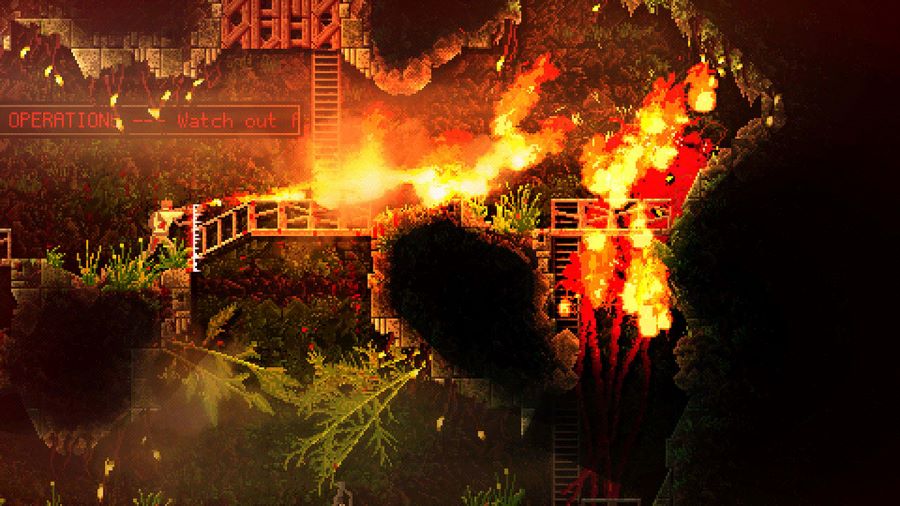 Carrion feels like an acquired taste that may struggle to maintain your attention once the novelty of a reverse horror game wears off, especially during the slower sections of the game and not even the promise of free additional content to sway a person who was not already in love with this idea. Carrion feels like a B movie you watch after it comes on TV, and you are too lazy to change the channel. Carrion is out on PlayStation 4 with a $19.99 price.

Disclaimer
This Carrion review is based on a PlayStation 4 copy provided by Devolver Digital.

[PS4] Doctor Who: The Edge of Reality Review 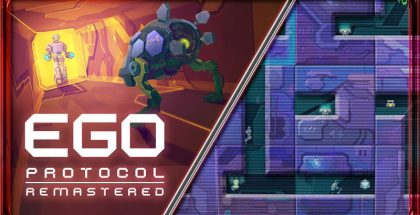 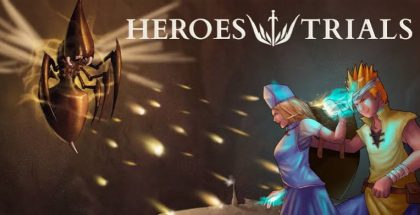 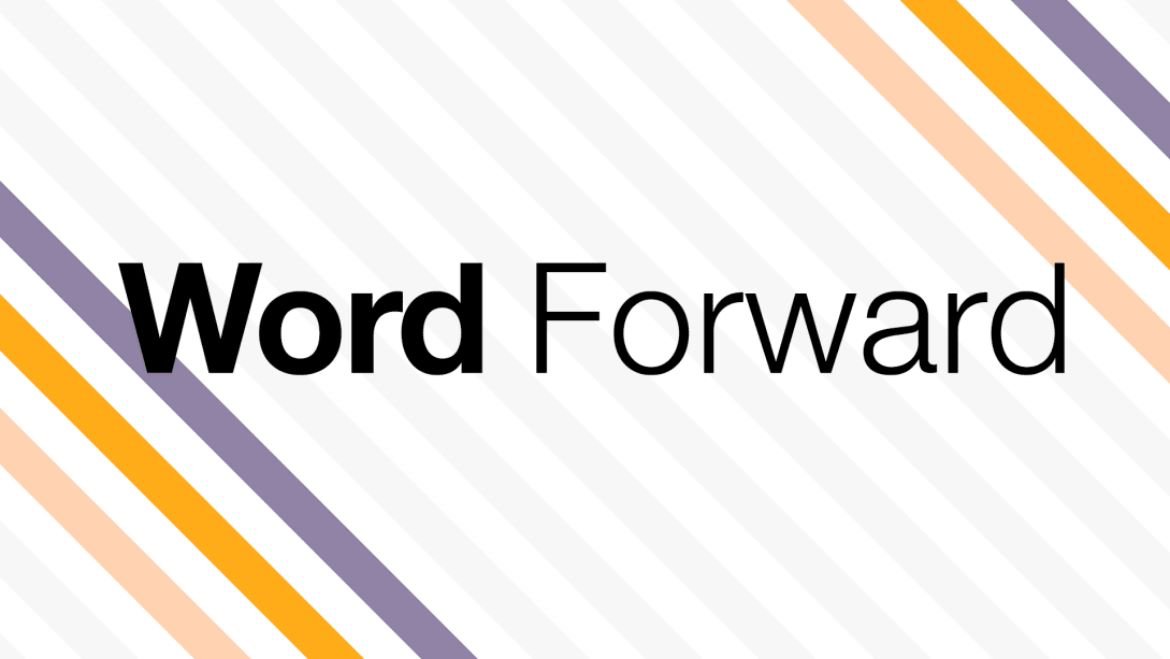