Skul: The Hero Slayer from NEOWIZ and Southpaw Games is a 2D fast-paced action roguelite on PS4 in which losing your head is encouraged. Why? Because every new head you find can be used to give your skeletal character new abilities! For this one, the human adventurers have decided to join forces with the Imperial Army and the Hero of Caerleon, which allowed them to destroy every single monster on their path. Well, almost all of them. Skul, a small skeleton, is the one monster that managed to survive, and it’s now up to you to help him save the day. You’ll control Skul with the left analog stick or the D-Pad, jumping and double jumping with the X button. You can attack with the Square button to deal damage to enemies, using the L2 and R2 buttons to unleash more powerful abilities that will have a cooldown period to balance things out so that you’re not too overpowered. These abilities will change as you progress through the game, but they will also be on a cooldown timer to balance the gameplay. With 100 heads to use, there’s a lot of variety for this action-packed journey!

The gold you collect from the many, many enemies and bosses you’ll defeat – as well as from the piles of gold you’ll loot by venturing down the more dangerous paths – can be put to good use at the black market. At the black market, you can spend your hard-earned gold to recover some of your lost health. You can purchase a quintessence with special effects, add skills that can help you destroy larger groups of enemies, add equipment to increase attack and movement speed, add a gold coins bonus based on how many Carleon items you have when going from map to map, or lower the damage you receive – to name some examples. When you die – which will happen a lot – you’ll find yourself back at the start with the Witch that you rescued during the prologue. With the Dark Quartz that you collect from the man runs you’ll do for Skul: The Hero Slayer, you’ll be able to unlock different perks for your character, such as boosting its magic attack, physical attacks, critical hit rate, max hit points, lower the cooldown for skills, increase your character’s attack speed and movement speed for speed type skulls, or even give you a chance to resurrect when defeated!

Once you find Arachne, you’ll be able to boost your current heads to work on unlocking their true potential. Her help won’t be free since you’ll have to collect as many bone fragments as possible so that you can exchange them for more and more power. Boosting your different personalities will be a must if you don’t want to be repeating the first set of area types over and over again. This and using Dark Quartz are going to be how you start to make some proper progress in this roguelike. Skul: The Hero Slayer has a full trophy list with a Platinum, and it’s going to be a challenging one to work your way through. The list is split into 9 Bronze trophies, 6 Silver trophies, and 8 Gold trophies. You can get one trophy by beating the first hero without using any of the extra heads – beating it as the plain vanilla skeleton. There are trophies for defeating each hero and for doing this without being hit even once. There are also miscellaneous objectives, such as spending a minute at the black market or constantly playing to restock the store. Oh, and there’s a trophy for, you know, dying for the first time. Skul: The Hero Slayer is a fun and challenging 2D roguelite action game with a charming art style, deep gameplay mechanics, and a lot of variety to offer on PlayStation 4. You’ll slowly but surely make some progress with every run as you learn more about the movement and attack pattern of each enemy, the challenge you’ll face with each boss battle, and which heads can help you take on all of this. Skul: The Hero Slayer is out on PlayStation 4 with a $19.99 price.

Disclaimer
This Skul: The Hero Slayer review is based on a PlayStation 4 copy provided by NEOWIZ. 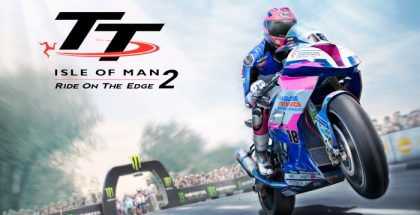 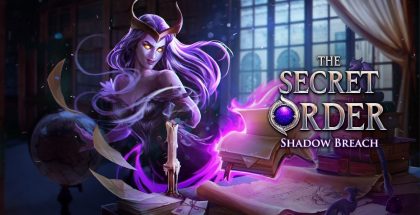