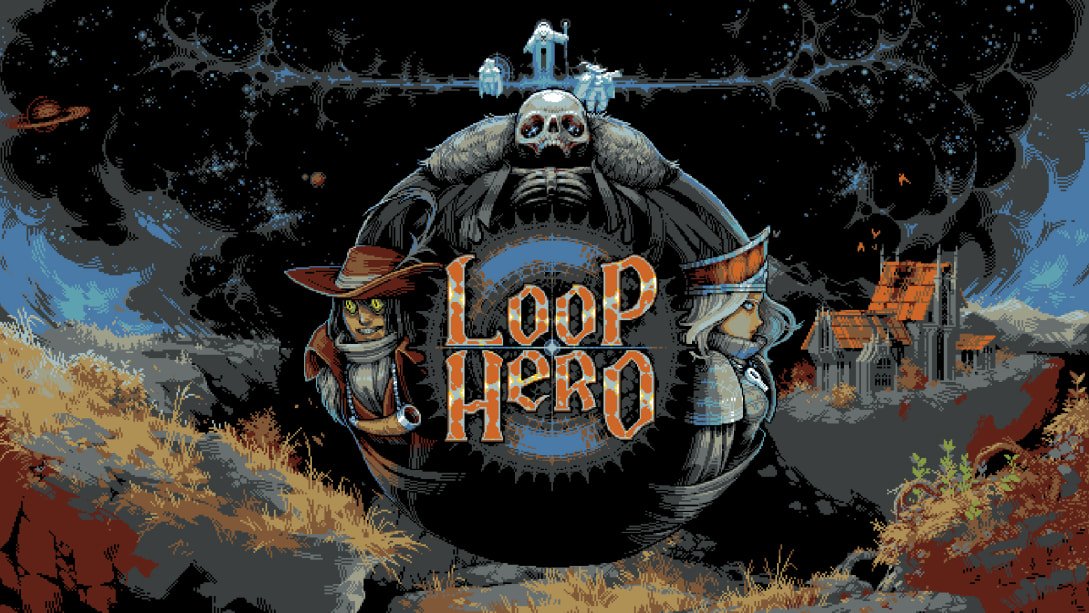 The Lich has thrown the world into a timeless loop and plunged its inhabitants into never ending chaos.
Wield an expanding deck of mystical cards to place enemies, buildings, and terrain along each unique expedition loop for the brave hero. Recover and equip powerful loot for each class of hero for their battles and expand the survivors’ camp to reinforce each adventure through the loop. Unlock new classes, new cards, perks and devious guardians on your quest to shatter the endless cycle of despair.

Infinite Adventure: Select from unlockable character classes and deck cards before setting out on each expedition along a randomly generated loop path. No expedition is ever the same as the ones before it.

Plan Your Struggle: Strategically place building, terrain, and enemy cards along each loop to create your own dangerous path. Find balance between the cards to increase your chances of survival while recovering valuable loot and resources for your camp.

Loot and Upgrade: Strike down menacing creatures, recover stronger loot to equip on the fly and unlock new perks along the way.

Expand Your Camp: Turn hard-earned resources into campsite upgrades and gain valueable reinforcements with each completed loop along the expedition path.

Save the Lost World: Overcome a series of unholy guardian bosses over a grand saga to save the world and break the time loop of the Lich!

Loop Hero from Four Quarters and Devolver Digital released earlier this year on PC and quickly became a critical darling. I was very happy when the game was announced for the Nintendo Switch since I believed it was the perfect platform for a game like this. After taking Loop Hero for a spin on Nintendo’s console, I’m here to report that I was right!

Loop Hero is about a hero in a literal loop. You won’t have direct control of the hero – per se – but you’ll be controlling what elements are added to the board, as well as changing the hero’s equipment to improve its stats as you get new loot. The hero will wander through the loop, taking on enemies and fighting on its own. If you have set auto-battle in an RPG, then this will feel a bit similar. 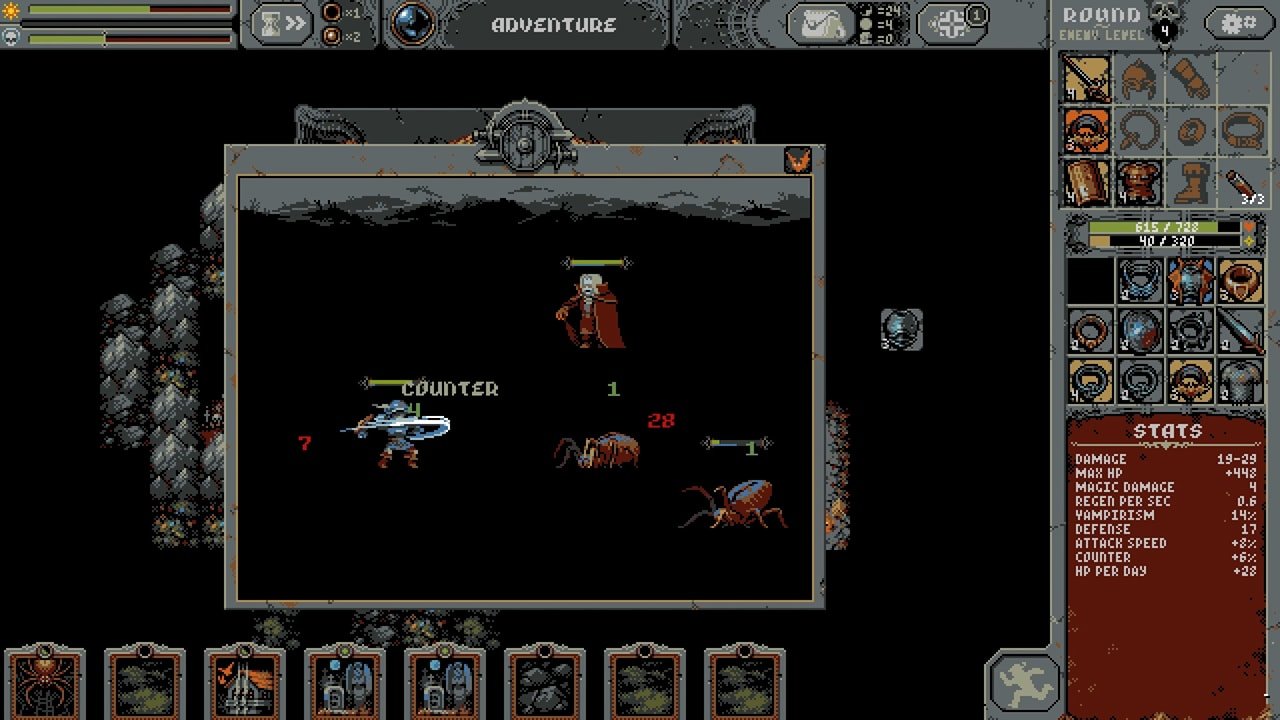 As the hero walks around the loop, battling and beating enemies, you’ll earn equipment and cards. Put the best weapons, armor, and accessories on the hero to improve its odds of surviving each subsequent loop. The cards you gain will influence the loop itself, and there’s a nice variety of cards that will have different effects on how things play out for you. You’ll have cards that can be added directly to the loop, adding new and stronger enemies that your hero can take on. You’ll have cards that just sit outside of the loop, adding effects or more enemies as you move through each section, depending on the card’s area of effect. You’ll get elemental cards like rocks and meadows, which can be placed outside the loop to boost the hero’s health or heal some of its wounds. You’ll eventually reach a boss character, so you better be ready for that particular fight!

That’s what makes Loop Hero so brilliant. You can make the loops as easy or as hard as you want them to be. You are in control of your loop and how it affects your hero. Just keep going through it as you make it more complicated with new armor, weapons, enemies. It’s really brilliant as you create your own challenge. It’s deep enough to provide a compelling, addictive experience without feeling like a clicker or a shallow autorunner. You need to be on top of things and pay attention to your hero’s health, equipment, and the resources you collect. 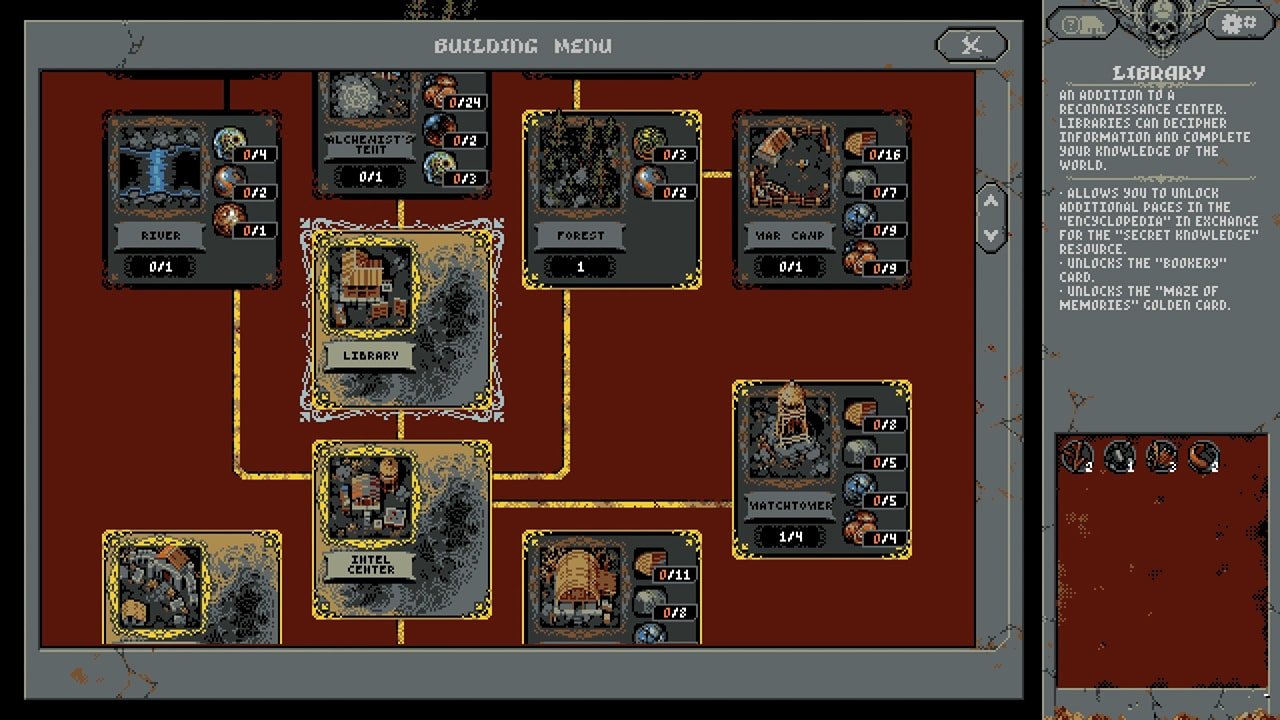 The resources you collect are important since once you’ve collected enough, you should return to camp to use them to build upgrades. Going back to camp is also recommended when your hero is low on health, or else it will be defeated, and you’ll lose a lot of your resources. You can restore buildings and shops, which will allow you to gain access to new card types, new hero classes, and more. You won’t be able to upgrade everything in one go since you’ll need a ton of resources to rebuild everything.

I ended up playing Loop Hero in Handheld Mode for a few reasons. Number one, its visual design gives us an old-school style 8-bit look, which perfectly fits with the console’s legacy, reminding me at times of the original Final Fantasy game. It’s beautiful in a very dark way. The best reason, though, is for the touch controls. With this being a deck builder auto-battle RPG,
you can touch the cards and drag them to where you want to play them to be, quickly adding better equipment to your hero as you get new items. 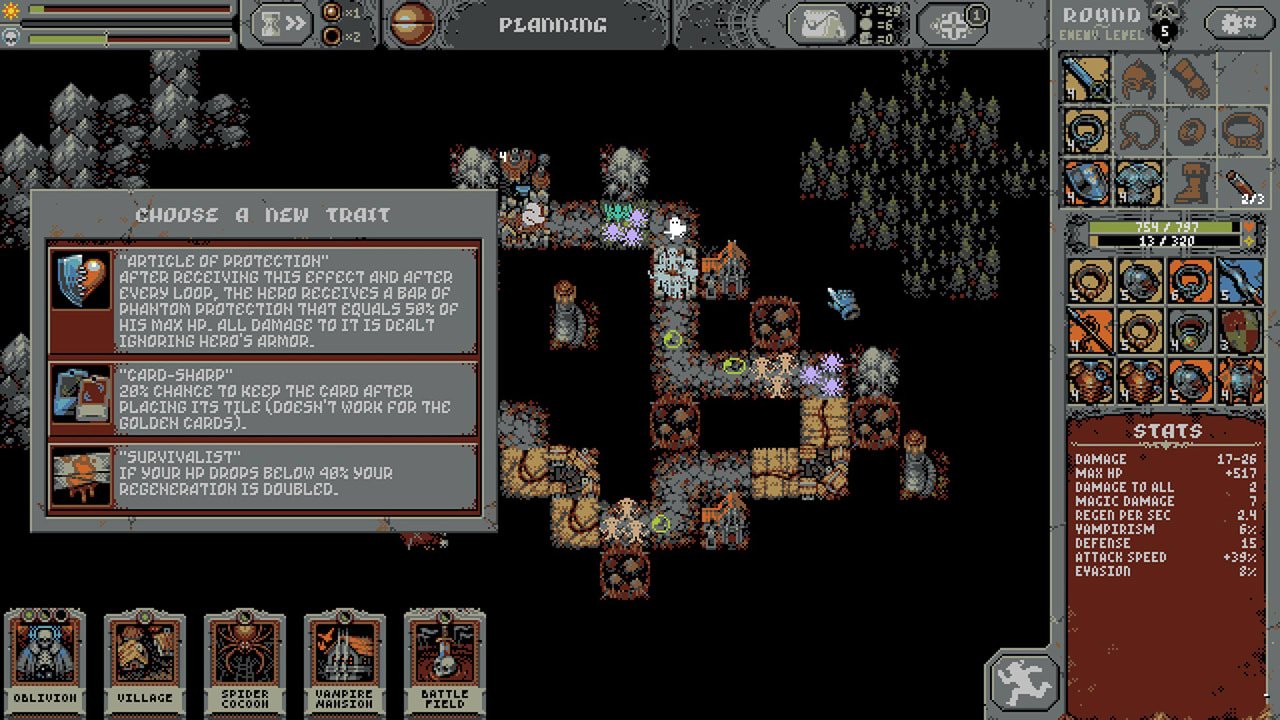 Disclaimer
This Loop Hero review is based on a Nintendo Switch copy provided by Devolver Digital.

One of the best gameplay loops I've ever played 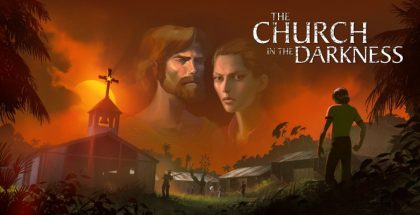 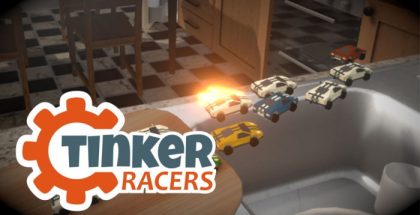