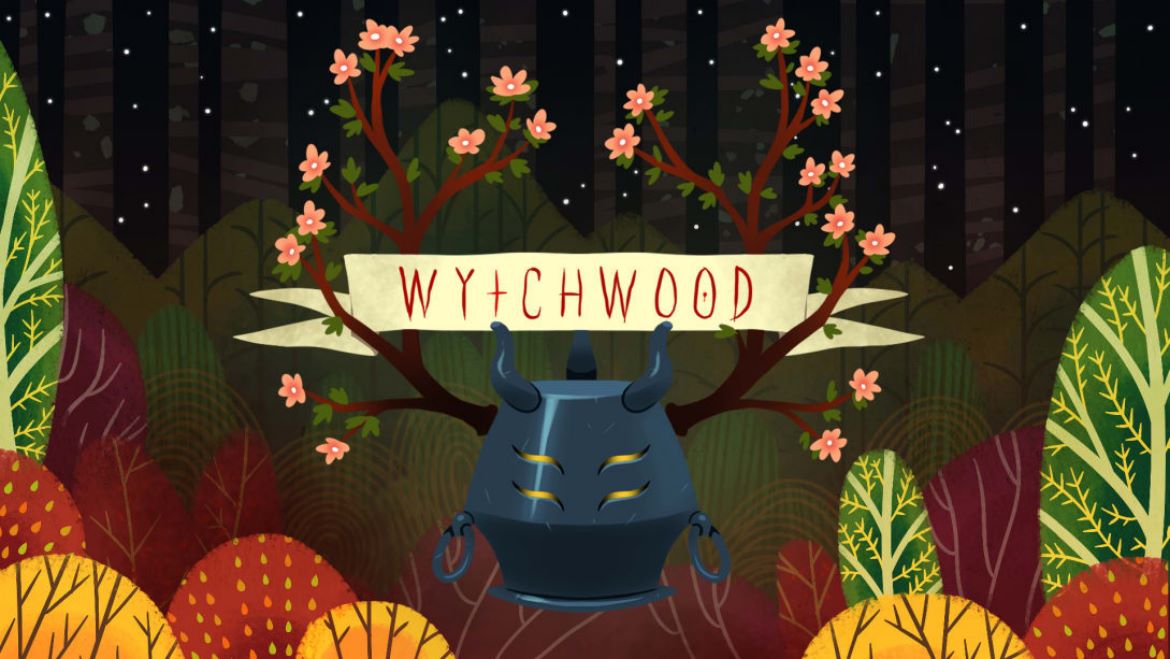 Wythchwood from Alien Trap Games and Whitethorn Games is a crafting game with a charming storybook-like presentation on Nintendo Switch. Learn more in our Wythchwood review!

Wythchwood from Alien Trap Games and Whitethorn Games is a crafting game with a charming storybook-like presentation on Nintendo Switch. Because of this, you’re going to have to collect a bunch of materials and ingredients needed to do your job. After all, you are the old witch of the woods who lives near a swamp – which looks very looks very toxic. All was going well until one particular day when she was awoken from her beauty sleep by a goat that had entered her house. After kicking the goat out of your home, it’s time to get busy! 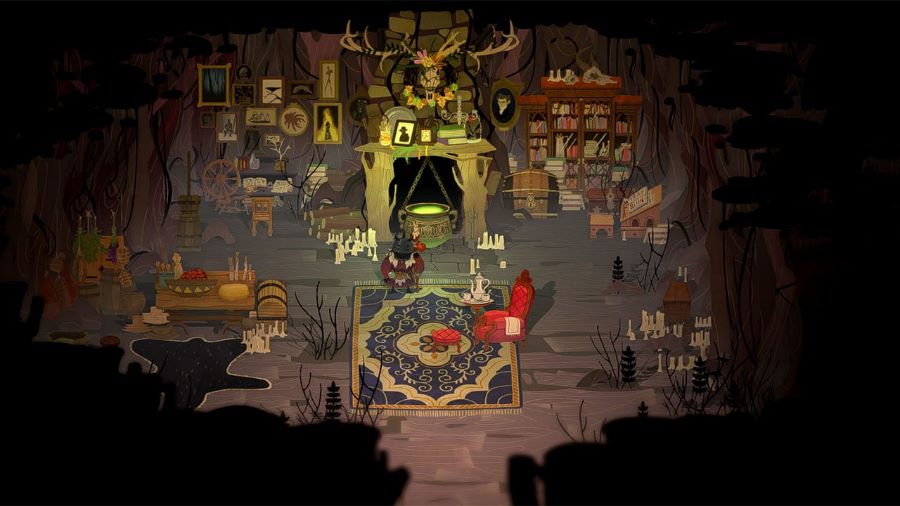 The witch will move around each location with the left analog stick. To interact with objects or other characters, just use the A button. The A button will also be used for crafting. For this, all you need is the recipe and the ingredients. Just select the recipe, press and hold down the A button, and you’re set! You’re a witch, which means you’re going to have some special powers on top of the whole crafting side of things. If you press the Y button, you’ll be able to use your witch eye to move a cursor around the screen to inspect objects and characters. The game does a solid job of onboarding gamers by giving them a series of easy-to-follow steps that will serve as a short tutorial to get the hang of things and how everything works. The first step will be to find your grimoire, as you can see from the new objective that pops up on the upper right corner of the screen.

The grimoire you collect at the start of your adventure can be opened at any time with the X button. The grimoire will be split into four sections: the grimoire itself, your inventory, a map, and a journal. The grimoire will list the spells you have access to, such as a mending poultice, an herbal paste that heals aches and pains, restoring some of the depleted hearts, as well as any known regents. Your inventory will contain your toolbelt (and tools) as well as the ingredients you’ve collected. The stuff you craft will be added to the quick use section at the bottom of the screen, which you can browse with the D-Pad before using them. 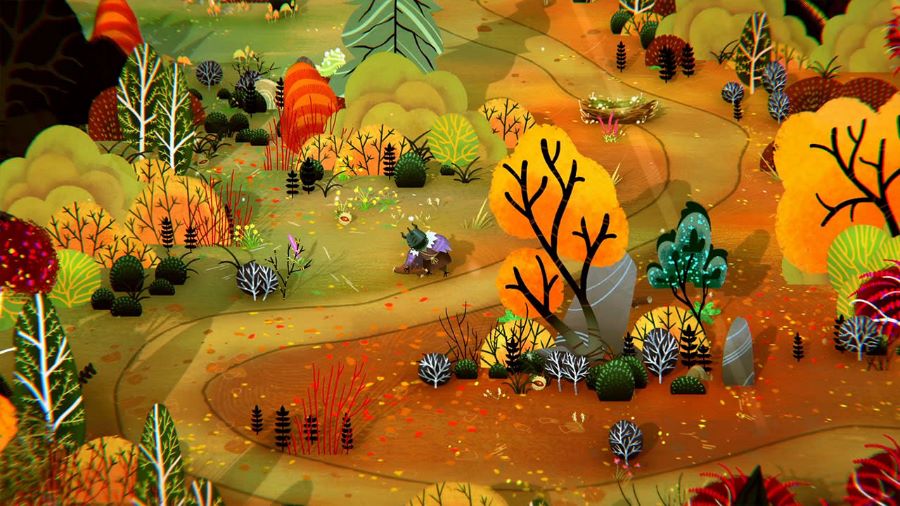 The map can be checked to get a better view of the area you’re currently exploring, and you can zoom in and out by using the R and L buttons, respectively. If you want quick access to the map, just press the – button. Your journal will be an important part of the grimoire. It will give you access to the list of objectives you have to take on while also showing you the objectives you’ve already completed. At the start of the game, the first couple of objectives you’ll have completed will be finding and opening the grimoire, while the current objective that will still be pending is to find your braided belt in a chest. Luckily, the chest is right in front of the chair you were previously sleeping in!

Remember how you got a toolbelt from the chest in your house? You probably need to fill it up with tools, right? The first one you’ll get is a pair of shears, which you can use to cut down some of the larger plants you find. Or to, you know, to shear away clumps of its hair from the goat’s eyes so that it can see better. It is then that you’ll be sent on a short scavenger hunt to open a portal that will eventually allow you to gain access to an underground location where you’ll learn about your true objective: rescuing a slumbering damsel underneath your house who, for reasons you can’t remember, was put there by your binding. 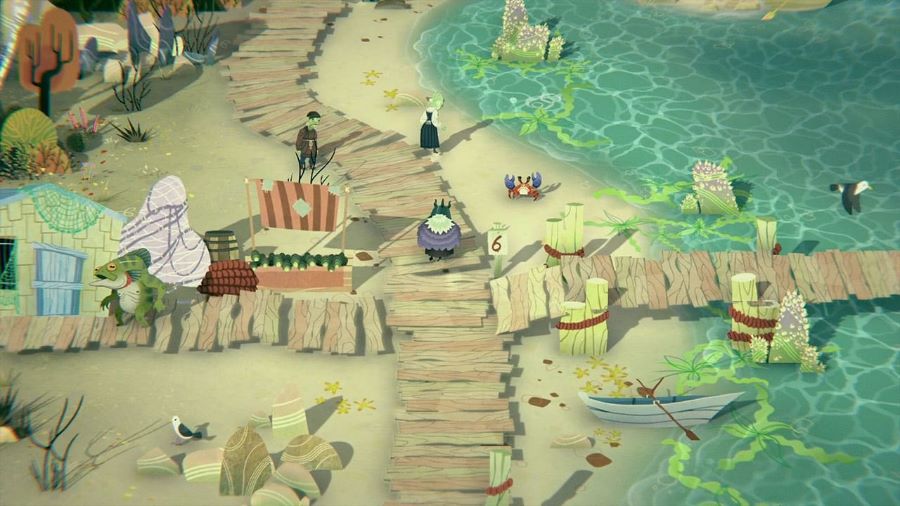 Wytchwood allows you to play each of its chapters at your own pace, as long as you stay away from the creatures that are not very fond of having a witch stepping a bit too close to what they deem theirs. As mentioned before, you’ll be collecting different materials and ingredients for the recipes you unlock for crafting reagents and spells. These will allow you to complete small puzzles that will give you access to new spots or new ingredients.

As to not spoil things a bit too much, allow me to talk about dog hair. Yes, you read that right. I said dog hair. It’s one of the elements needed to open up your path early in the game, but you’re going to have to do a bit of extra work to get some dog hair. Unlike the goat, which was eager for you to use your shears to remove the hair that was covering its eyes, the dog is not going to be as jolly about it. Use your witch eye, and you’ll notice that the dog is weak to a piece of soporific morsel.

You’re going to have to find a way to get your hands on some fresh meat, as well as find the ingredients needed for creating a soporific potion. The potion will require a special type of mushroom, a nut with a thorny husk, and a jar full of water. As for the meat? Well, for that, you’ll have to create a snap trap and place it near a bird, a squirrel, or a rat, walk away as to not scare the creature, and then watch as it explodes the second it touches the snap trap! After that, pick up the meat – and a blue feather if you trapped a bird –, craft the soporific morsel, throw it at the dog, and then use the shears to cut the dog hair you need! 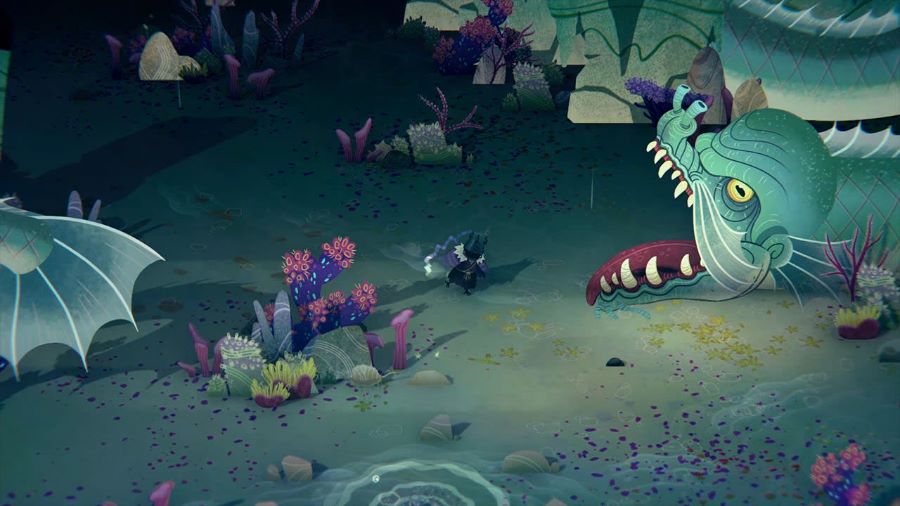 Wythchwood is a pleasant surprise on Nintendo Switch. When you hear it’s a crafting game, there are many gameplay loops you can expect to find, but the way Wytchwood handles things, introducing new recipes for reagents and spells at a steady pace but without ever overwhelming gamers with too many things to do at once, is certainly the right way to go. Add the charming storybook-like presentation, the overall chill experience, and a soundtrack that does a good job of complementing the magical locations you’ll visit. If you’re ever having trouble finding this or that ingredient, just go into the grimoire and check each recipe to see on which general area each one of them can be found so that you can speed up the whole process. Wythchwood is out on Nintendo Switch with a $19.99 asking price.

Disclaimer
This Wythchwood review is based on a Nintendo Switch copy provided by Whitethorn Games. 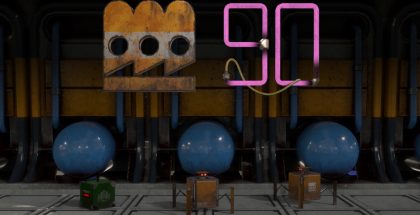 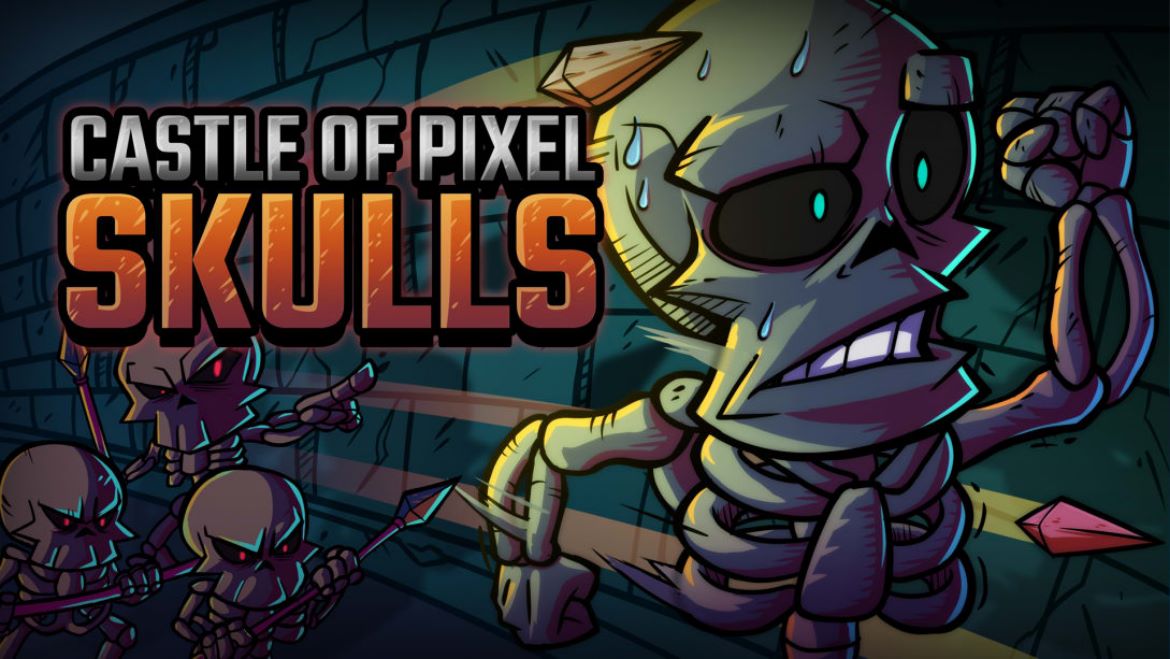 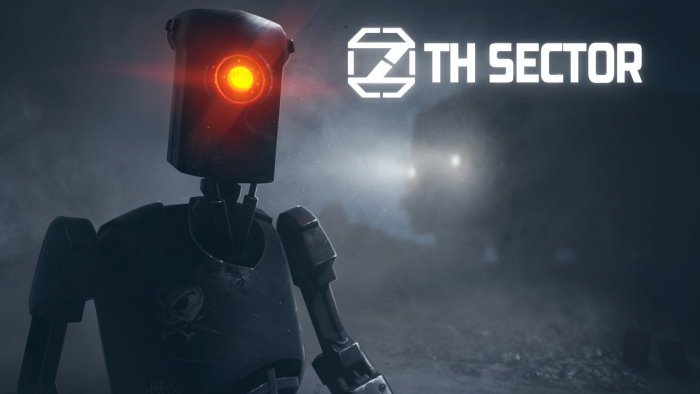