MAGLAM LORD by Felistella and PQube is an action JRPG that brings an interesting mix of visual novel, exploration, and combat to the table. Find out what it’s like in our MAGLAM LORD review!

MAGLAM LORD by Felistella and PQube is an action JRPG that brings an interesting mix of visual novel, exploration, and combat to the table. The story starts with a brief intro where both Gods and Demon Lords are against you, saying you are a disgrace to the Demon Lords. At the last moment, before you are about to be defeated, the Ironlord Balgackwein comes to your rescue and brings you to a safe place where you will take an unknown amount of time to recover. 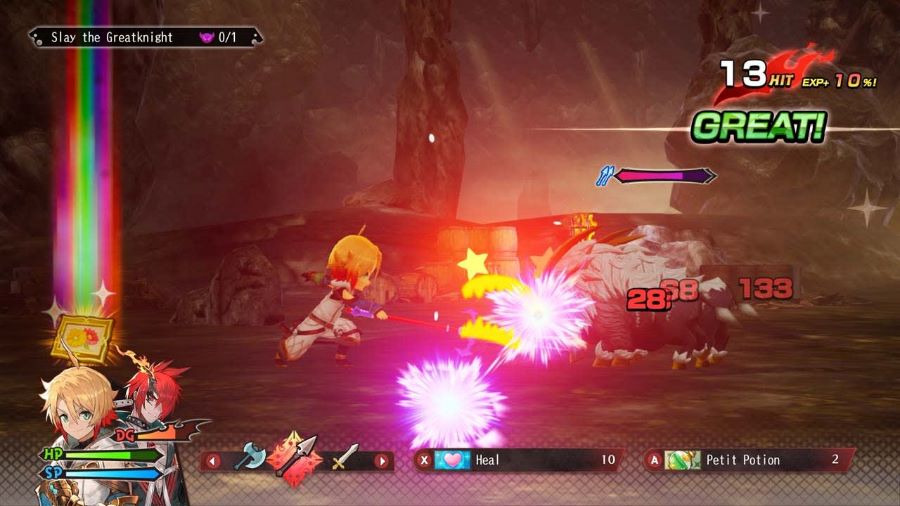 When you wake up, you don’t know how much time has passed, but a young person by the name of Satyus, who’s the grandkid of Balgackwein. You eventually get the visit of Mamie, who’s from the Administration that leads the city. You learn that you are the last Demon Lord alive and thus an Endangered Species. Moreover, the world is now at peace, except for some Mutabeasts that occasionally attack the city. In fact, you end up rescuing a little girl from one! Seeing how this helps restore some of your power, you’ll embark on different quests to slay beasts in order to fully recover your power.

There are a lot of different aspects to the gameplay. Story progression is done through dialogue in a style similar to what you see in visual novels. You get some occasional choices that can have an impact on your relationship with other characters. When not in the field like this, you also get access to different menus that allow you to see your stats or do things like change equipment or purchase items. You also have access to a menu where you can craft Maglams, which are the weapons you use. Once you have gathered the right materials, you can select a recipe, a grade (which requires different materials), and it will produce a Maglam, which can be a sword, an axe, or a spear. You can also equip Decos on Maglam to add other effects to them! 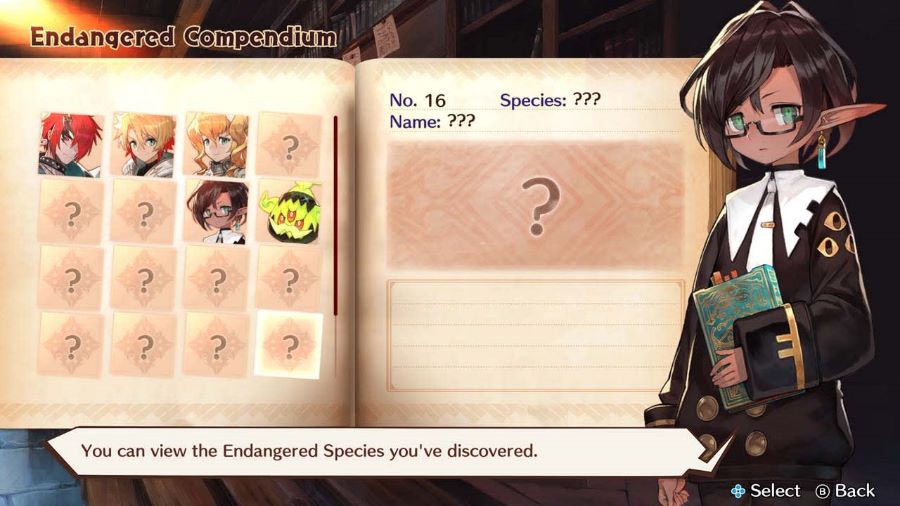 Once you’re done with customization, you’ll be able to select one of the many requests that will be available to you. Some will make the story progress a bit, while others will only allow you to go on missions to collect rewards at the end. Once you start those, you will be set on a 3D map where you can move around, find enemies to trigger battles, and eventually find an exit point to the area you are in to proceed to the next one.

As for when you enter battles, you’ll switch to a 2D side-scrolling fight that feels at times like a Smash Bros. fight. You can move around, attack with the Square button, jump with the X button, and switch Maglam by pressing left or right on the D-Pad, which is great since it allows you to effectively target enemy weaknesses. The L1 button is used to guard against attacks, while the R1 button is used to dash. The two other shoulder buttons are used for special skills. 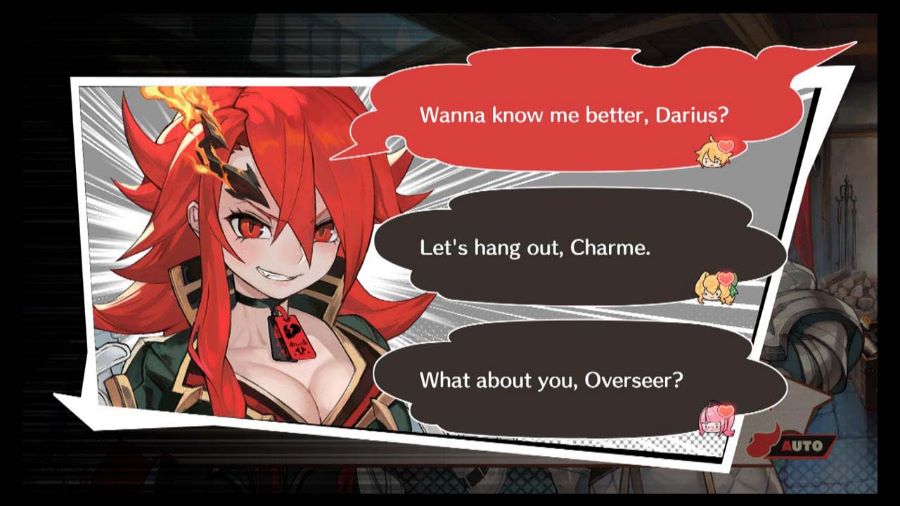 Visually, the game is a mix of a lot of things, both good and bad. While advancing through the story, character illustrations look great, and all characters feature voice acting in Japanese, which adds to the quality of the story. When you get out onto the field for some exploration, though, the game looks like a late PlayStation 3 game, and the field of view is extremely close (even when you zoom out as far as you can), making it difficult to see where you’d like to go.

Apart from this little visual hiccup, I had a relatively good time with the game. I really enjoyed the fact that there were a lot of different twists to the gameplay. The different genres blended well together, and it never felt boring because I never had to spend too much time in any of these modes. The whole story and management aspects were fun, with a crafting system that reminded me a little bit of the Atelier series, although not as crucial and complex, so you could simply play, gather some materials and build new Maglams with ease. 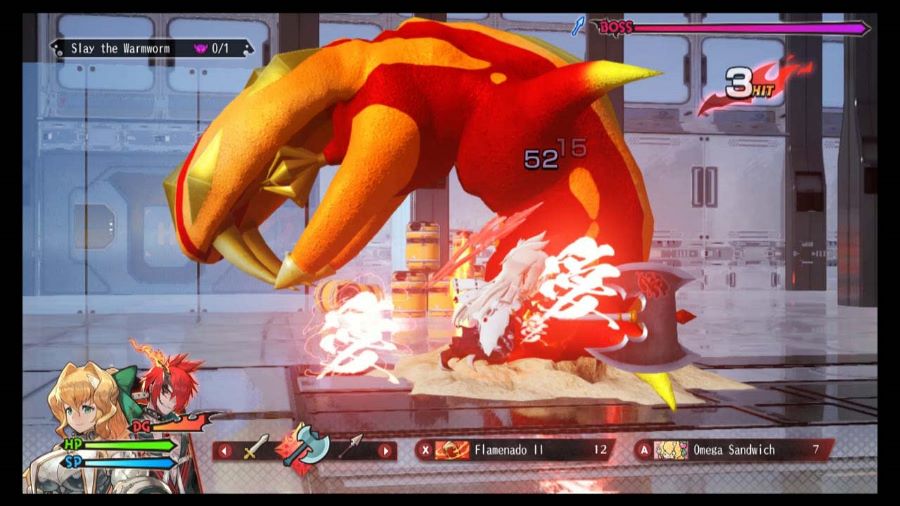 The combat system was also a lot of fun with the added twist of having enemies with a weakness to a specific Maglam type. In early battles, it’s rather easy because every enemy in a fight is weak against the same type of Maglam. But once you start having multiple enemies in the same battle, you have to switch on the spot to attack enemies with the best weapon against them. The one thing I did find a bit annoying in combat was that you couldn’t interrupt your moves to, for example, block or dash to avoid being hit, so you have to wait until your ongoing attack finishes.

MAGLAM LORD is a fun game that mixes a few different gameplay elements for an enjoyable action RPG experience. It does have a few rough edges and some outdated visuals in some places, but nothing that should prevent you from having a good time with the game. MAGLAM LORD is out today with a $39.99 asking price.

Disclaimer
This MAGLAM LORD review is based on a PlayStation 4 copy provided by PQube.