Game ReviewsGuardian of Lore
No Comments 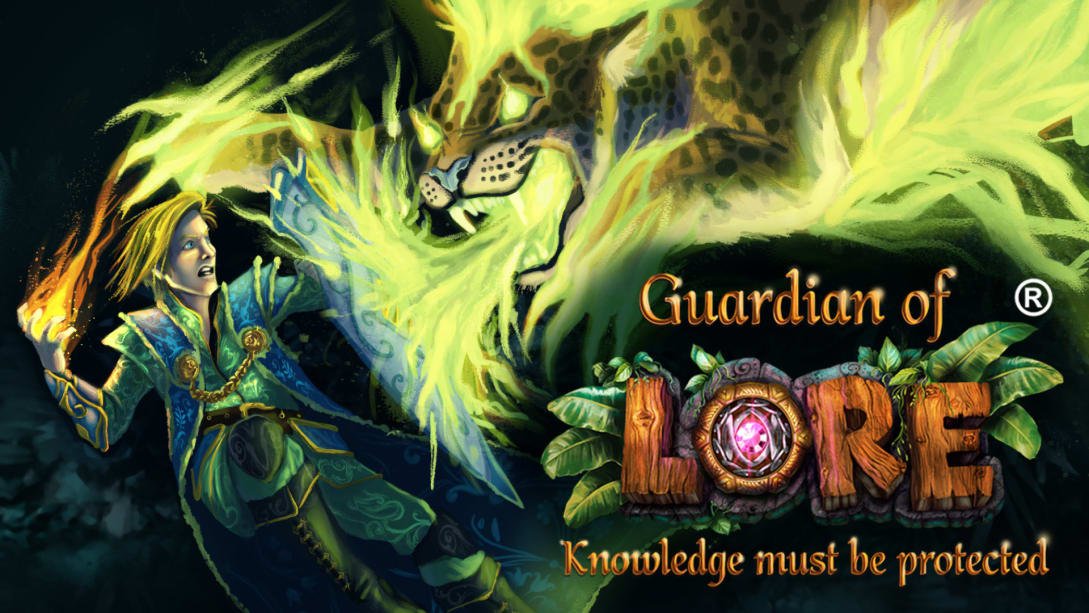 Guardian of Lore from Round2Games and Top Hat Studios is a 2D magical action platformer on PlayStation 5. A thousand years ago, King Supay led his army in an effort to conquer every single location on its path, killing anyone who opposed him. His two sons, Yebichai and Bikeh, did not agree with what the King was doing, so together, they went to war against their father, defeating him thanks to their combined might. The kingdom was divided after this, so it was time to work hard to rebuild what was destroyed during the long war. 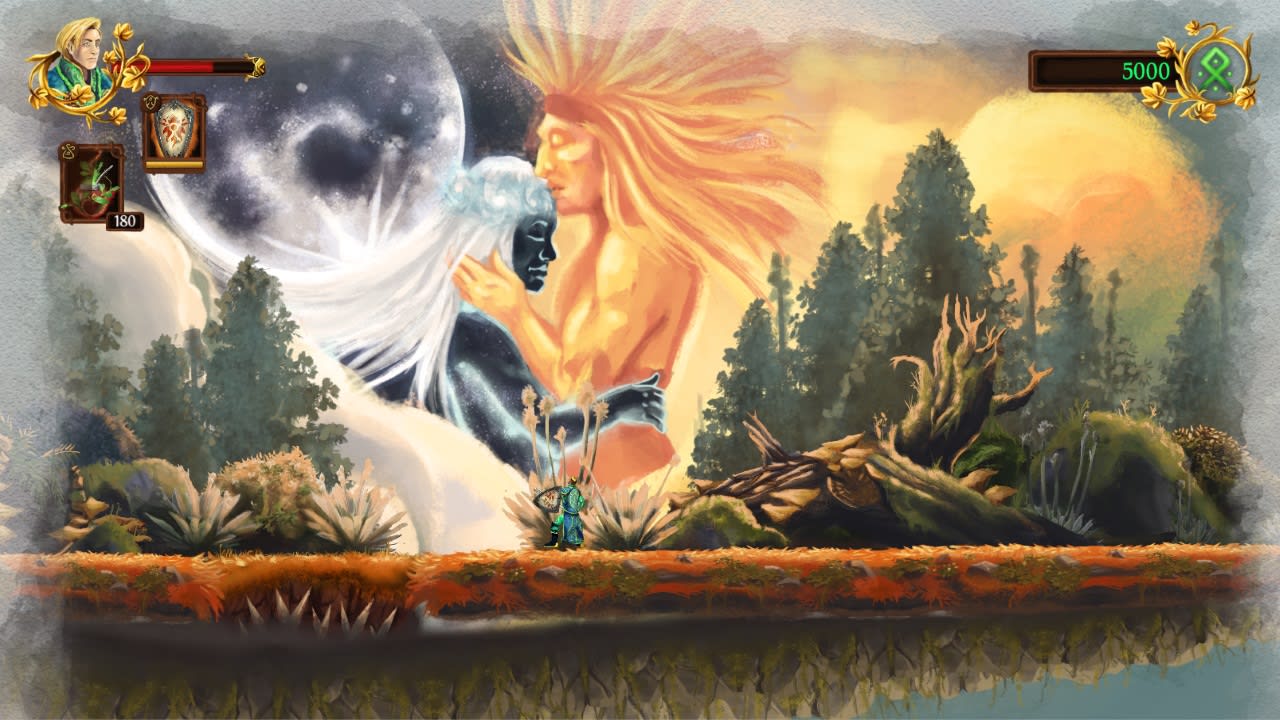 Bikeh was a kind and benevolent King. Yebichai created a mystic library where Lore was to be protected. No one ever saw Yebichai again. After this, every ruler would end up having two children: one to become King and one to be sacrificed to the mystic library. As time passed, these events eventually turned into tales that parents would tell their children before going to bed, as if the great war had never happened.

You play as Prince Sayri. Your story begins after one day you receive a locket. Upon staring at it, a beam of energy shoots out of it, transporting you into an unknown location. As you’ve probably guessed by now, you’re in the mystic library, which has certainly seen better days! The good news is that the object that teleported you here is the Guardian’s Amulet, which has been passed from guardian to guardian for centuries! It will teach you that knowledge can be used to unlock great power. You can play the game in one of two difficulties. Erudite is a more relaxing experience with the difficulty for fights dialed back a little bit. Wise Warrior is the standard option, which is more challenging overall. 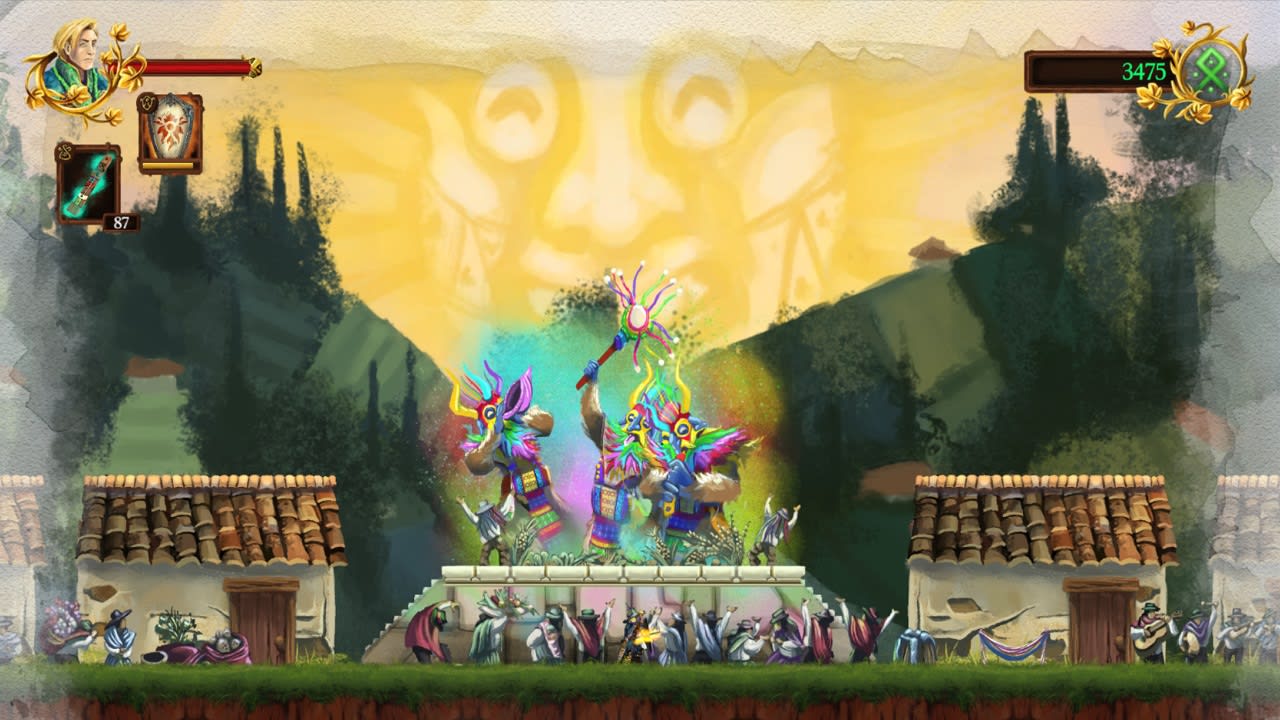 Prince Sayri can move around with the left analog stick or the D-Pad, jumping with the X button. The Circle button will be for interacting with stuff, such as, say, opening a treasure chest. Any useful items you find will be sent to your inventory, which you can check with the Options button. Be sure to equip weapons and other items since they won’t do you any good by just sitting in your inventory. The Circle button will also be used for attacking. Any items that have a limited number of uses will be mapped to the L1 button, which is the case for the apples you’ll collect early in the game, which can be used to heal your wounds.

You’ll be able to use spells thanks to the power of the Guardian’s Amulet, with the first one being a powerful fireball. To use a spell, you’ll have to enter the casting stance with the Triangle button. Once you’re in the casting stance, you can either cancel the casting process with the R1 button or enter a combination of buttons to complete the spell. For example, for the fireball, you’ll have to press the Circle, Square, and Circle buttons in that order. You’re left vulnerable while casting, so you’ll need to use spells at the right time. Prince Sayri can also dash by pressing the L2 button, which can make it easier to escape from danger or to clear some of the longer gaps you’ll run into. 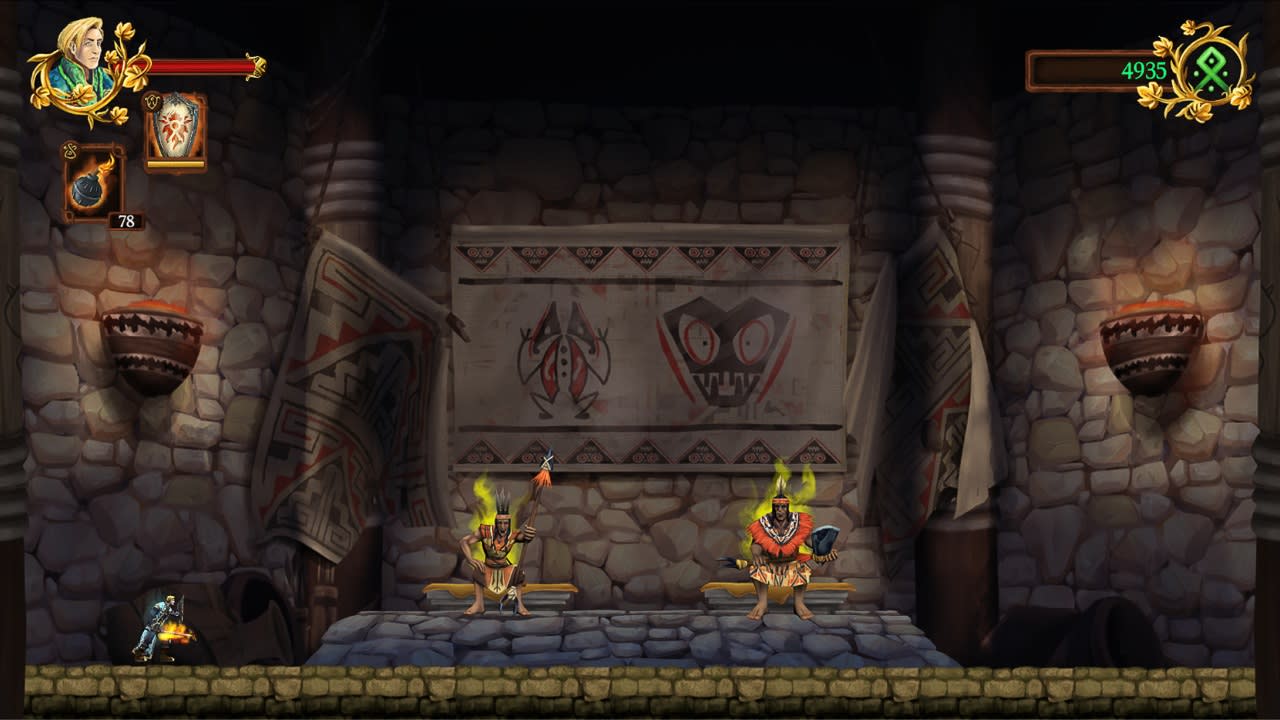 There’s a Knowledge Extractor in the library that can be used to create items, destroy items to extract their energy and essence, or change the outfit that Prince Sayri will wear. You can also make upgrades to your spells by spending the energy you collect. For example, you can improve your fireball so that you can shoot an additional fireball that flies backward, boost the damage of the spell as well as its casting while reducing the casting time, or increase the size of the fireballs that you can cast.

Guardian of Lore includes a full trophy list with a Platinum trophy to unlock as you dive into each of the different stories you’ll find in the mystic library. The list is split into 5 Bronze trophies, 11 Silver trophies, and 7 Gold trophies. You will get your first trophy after entering the library for the first time. After this, trophies will pop as you complete each of the stories in the mystic library and defeat the boss at the end. Some of the more difficult trophies are the ones that require that you defeat bosses without being hit, as well as defeating one particular boss without destroying any of its hands – you’ll know which boss this is as soon as you see it. 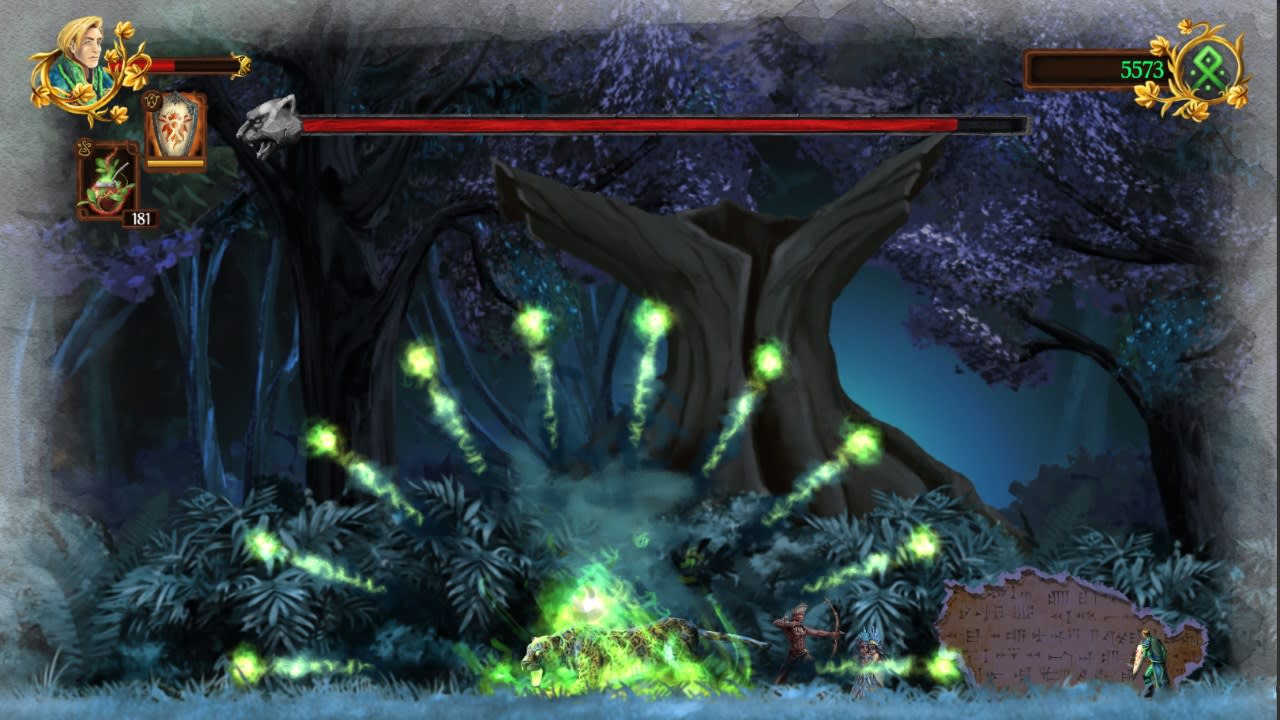 Guardian of Lore had a lot of potential. The game’s look certainly makes you feel like you’re entering illustrations in books that need to be fixed. The gameplay mechanics show promise, even if casting a spell can be a bit too slow, especially during boss battles when you need to heal your wounds and the boss just conveniently shoots an energy bolt at you right before the spell is about to be completed. There are also bugs here and there that make some jumps trickier than they should, and hit detection can be, well, a bit hit and miss. Guardian of Lore is out as a Cross-Buy title with a $13.99 price.

Disclaimer
This Guardian of Lore review is based on a PlayStation 5 copy provided by Top Hat Studios. 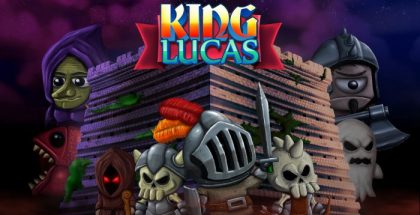