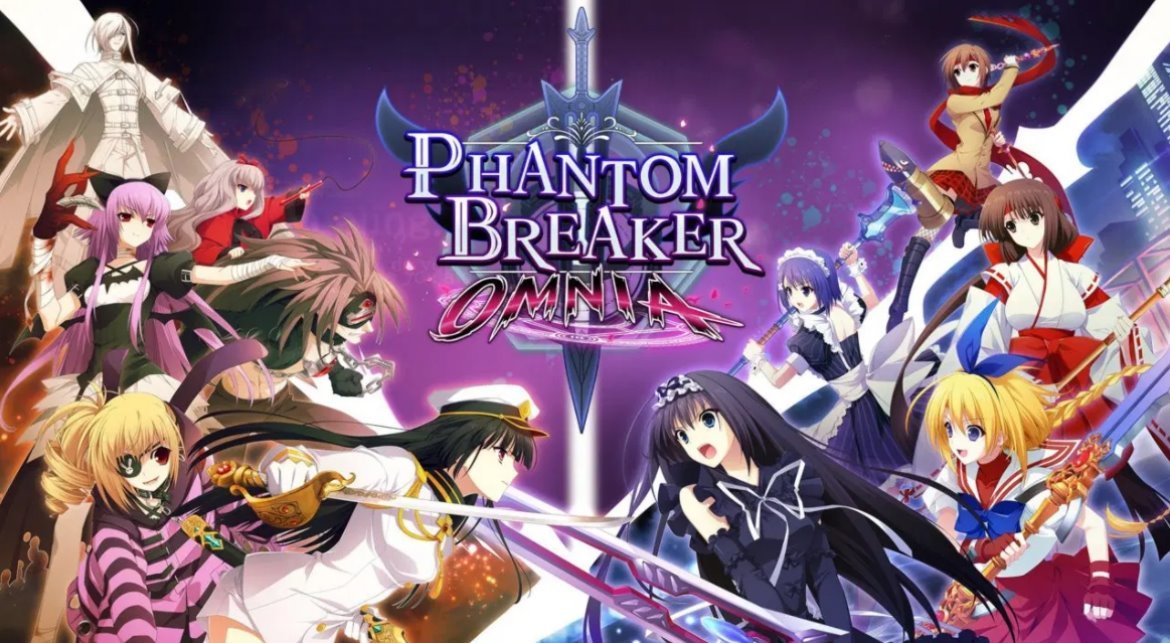 Phantom Breaker: Omnia by MAGES and Rocket Panda Games is a fighting game originally released in 2011, and it’s the first time it’s released outside of Japan. Once you start the game, one of the modes you’ll be able to play in is the Story Mode, which you can take on from the perspective of the different characters in the game. Although each of the stories for characters is different, there is a common track that makes them fight against each other. An old man who goes by the name of Phantom has promised some people that they would see their wish granted if they became Duelists and fought against each other. Obviously, only the greatest Duelist would see his or her wish granted. Those stories will be told in a format that looks like a visual novel, with some occasional fights while you complete it. 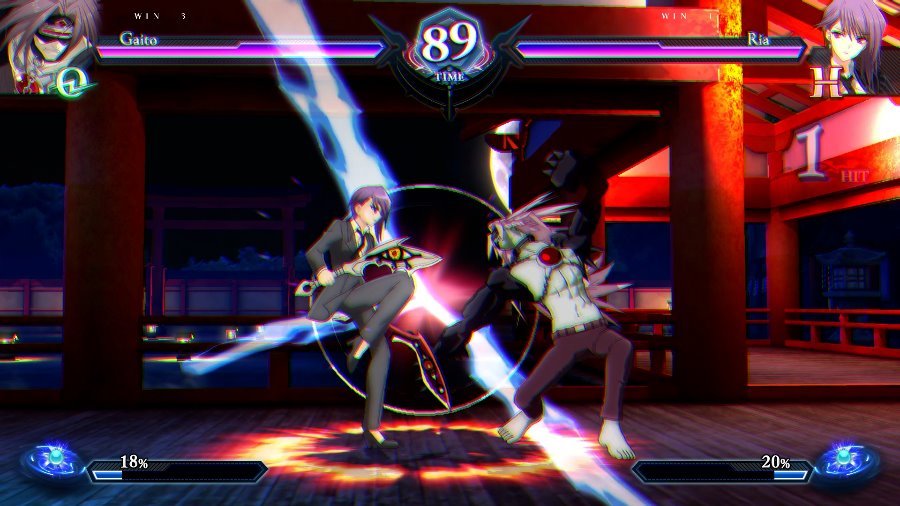 Other than this Story Mode, the game also includes the typical modes you expect to see in fighting games. You’ll be able to play in Time Attack, Score Attack, Endless Battle, and Arcade Modes as far as solo combats are concerned. There is also an Online Mode to play against other people as well as a local Versus Mode. You get a Training mode so you can spar against the AI. There is also what they call Game Reference, which includes some tutorials and tips, but I found it to be pretty limited since it only presented different screens with no possibility of trying things out.

As for how the fights are handled, you move around either with the D-Pad or the left analog stick. The Square, Triangle, and Circle buttons are used for the Light, Medium, or Heavy attacks, respectively, while the X button is for SP moves. While you could press them manually, the four triggers serve as shortcuts for two-button combinations, like pressing the Square and Triangle buttons together. As you lose health during fights, you’ll notice a darker bar under it which is called the Vital Chamber. This bar will allow you to recover health gradually over time or when you enter Overdrive Mode. 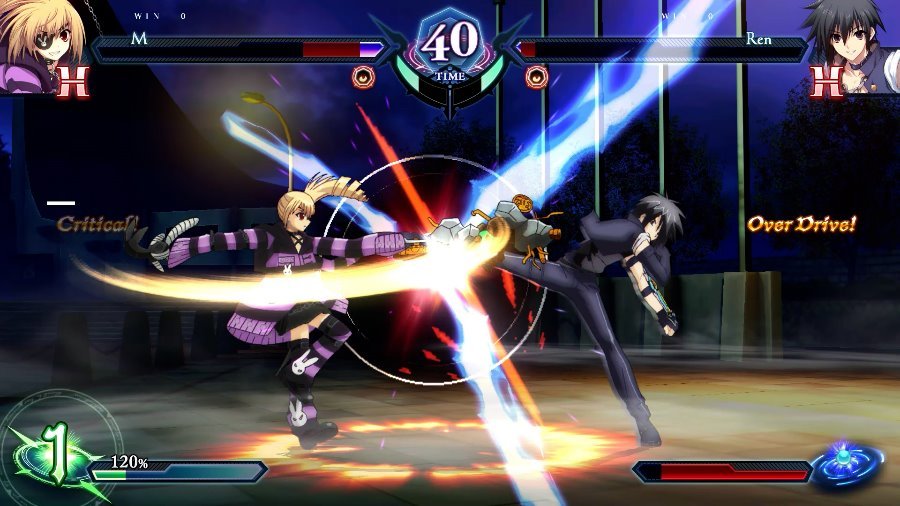 At the bottom of the screen, you’ll see the Burst Gauge, which gradually fills up as you attack and receive hits, allowing you to release Enhanced Special Attacks and Overdrives. The level that this gauge goes to will vary depending on the stance you choose for your character. There are three possibilities: Quick for a more mobility-focused play style, Hard for a slower character but with higher power and health, and Omnia, which fits in the middle of the two others.

Visually, the game looks great and feels just like other fighting games released nowadays, not an 11 years old game that just had some texture upgrades over the years. The Story Mode is also great and features fully-voiced dialogues from all the characters you come across. The first thing I noticed when I started the game, after going through the different menus to explore what’s available, was the lack of explanations. With modern fighting games, we’ve become used to having some nice tutorials, sparring, or training options that give you lists of moves, how to perform enhanced ones, and a few combos to learn to get a feel of each character. Unfortunately, none of this was present in Phantom Breaker: Omnia. 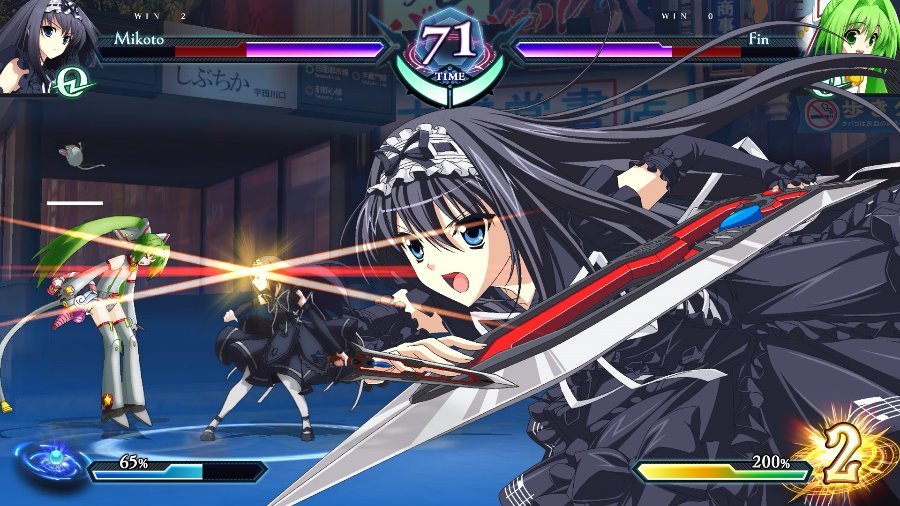 I then jumped into Story Mode, which was narrated in a great way, with a decent amount of story before jumping into a fight. I would’ve appreciated the possibility of changing the difficulty for that mode, but after a couple of tries, I was able to complete it. I did find the AI a bit cheap when fighting, as there were a couple of times when I was barely able to attack since it kept spamming the same special move over and over again, with no possibility for me to even get close to my opponent. 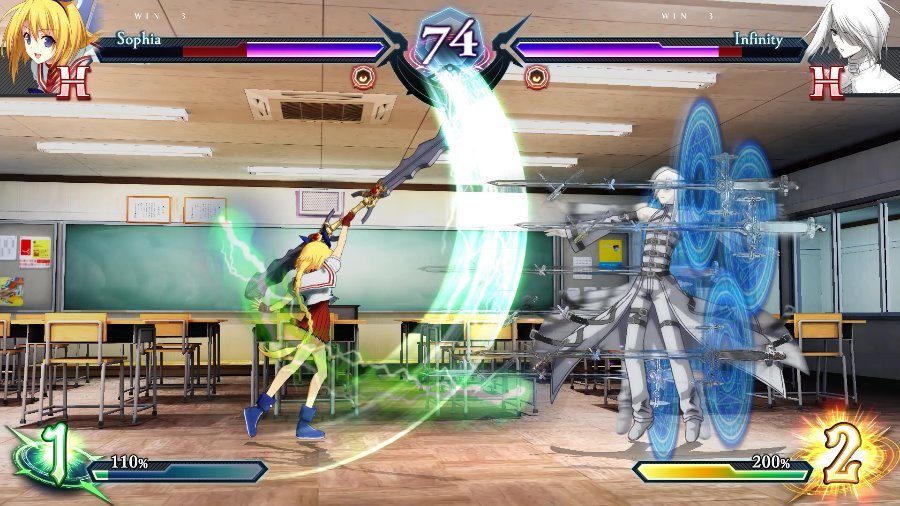 Disclaimer
This Phantom Breaker: Omnia review is based on a PlayStation 4 copy provided by MAGES.