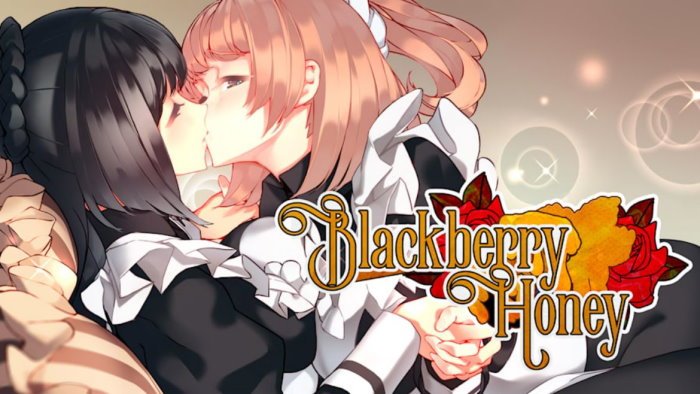 Blackberry Honey from ebi-hime and Ratalaika Games is a visual novel on PlayStation, offering a very easy Platinum for your collection. Check our Blackberry Honey review!

Lorina Waugh is forced to toil for fourteen hours a day as a maid for the Lennard family, and she struggles with overwork and being bullied by the senior maids.

In Blackberry Honey from Ratalaika Games and ebi-hime, you’ll follow Lorina, a maid working for the Lennard family in Victorian England. She’ll take care of the cleaning, and you’ll soon meet Constance, the daughter of the family, a very rude teenager who takes pleasure in harassing Lorina on different subjects. You’ll read the story from Lorina’s perspective and get to interact with members of the Lennard family along with the other maids that also work there. Lorina has some friends in this game, but most of the people disrespect her. 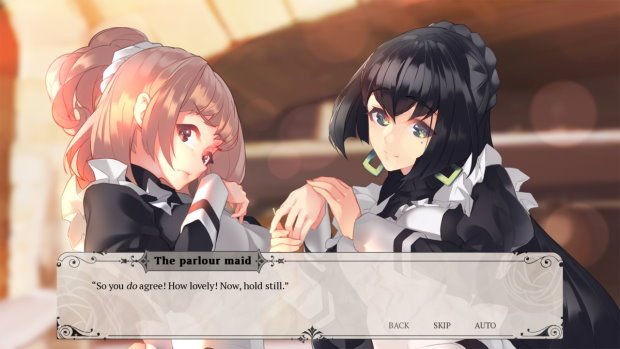 I did like how the game opened with an anime intro theme with an English voice-over. The game is based on a Victorian-era theme, and, to be honest, the background soundtrack that uses harpsichord wasn’t to my taste. There are a lot of locations that will be visited throughout the story, and I did enjoy the art style for the characters. The main characters, however, are over-sexualized and have enormous breasts, which will not be to everyone’s taste.

As for the gameplay, this is a visual novel, so you’ll press the X button from the beginning of the game up to the end as you read each dialogue. There are no options to choose from along the way, which also means that this visual novel doesn’t have any branching story paths. I thought this was odd since usually visual novels are proud to exploit having different branching storyline paths. 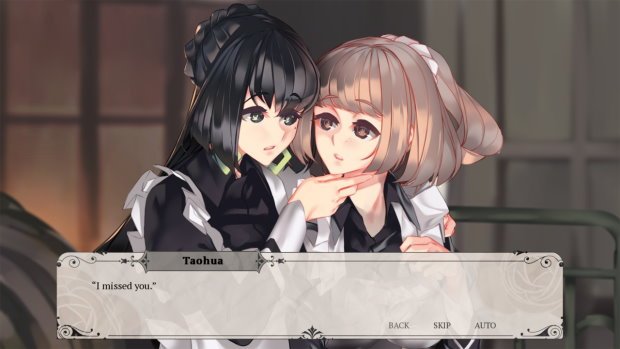 If you like visual novels, then you’re in for a good time with this one because it has enough content to keep you busy for several hours of reading. The writing definitely helps to convey how other characters are mean to Lorina and why this is not fair for her since she’s done nothing to warrant such reactions. It made me despise some of the characters!

As for the trophy list, as you can imagine, for a visual novel that doesn’t have any choices to make along the way, you can easily get a new Platinum trophy. The trophy list is composed of one silver trophy and eleven gold. You’ll get every single trophy by playing through the game from start to finish, or you can go into the settings menu, change some things around, and then skip the entire game in around 3-4 minutes. Since this is a Cross-Buy title, you’ll get both the PlayStation 4 and PlayStation 5 versions with your purchase, and each version features a separate trophy list, so you can get yourself two new Platinum trophies if you own a PlayStation 5. 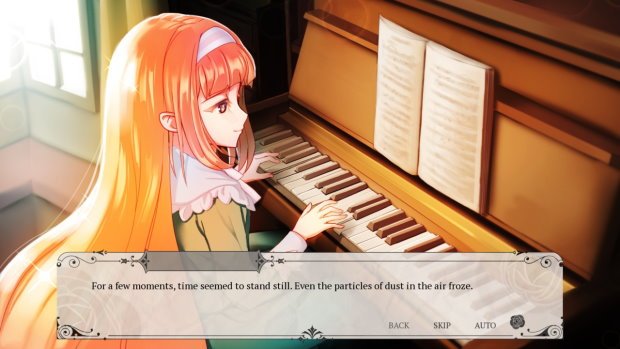 Disclaimer
This Blackberry Honey review is based on a PlayStation copy provided by Ratalaika Games.

Lenghty visual novel that is mostly targeted at trophy hunters