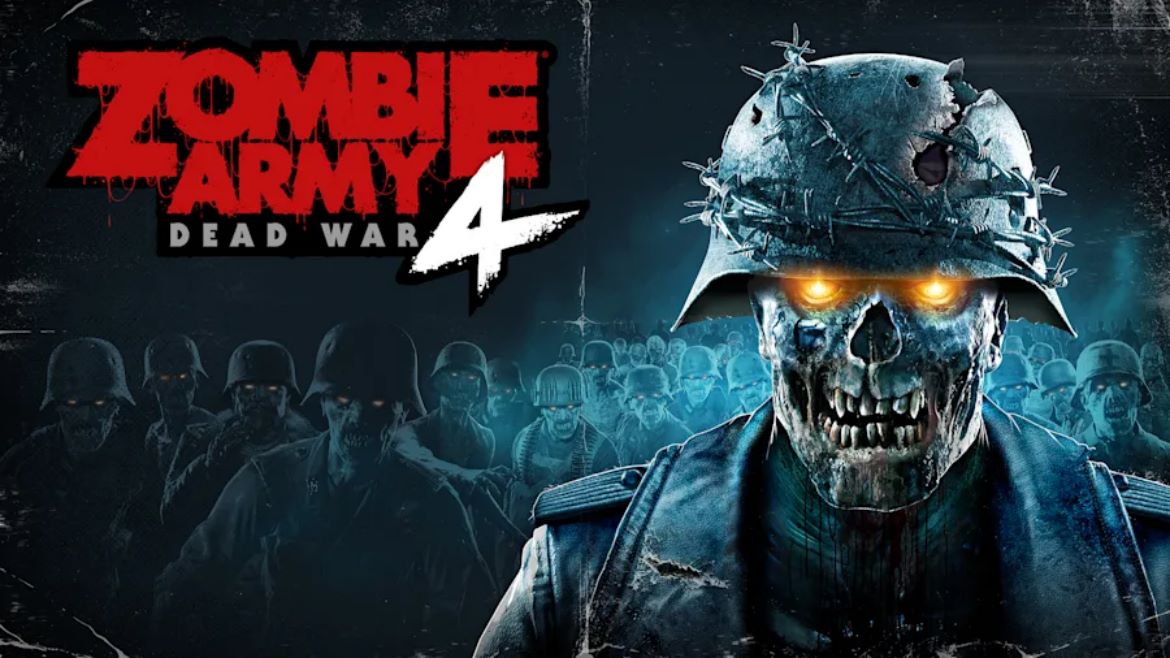 Zombie Army 4: Dead War from Rebellion brings us the excellent shooter to Nintendo Switch. After giving us the Zombie Army Trilogy on Nintendo’s console, Rebellion is back to give us the sequel, which offers a Steam Cross Save feature, allowing you to import your save from the Steam version of the game to the Nintendo Switch version. Just know that you won’t be able to bring your save back to Steam from the Nintendo Switch version. You’ll be taking on a one to four players mission in which you’ll have to shoot at all of the Nazi zombies in a 1940s Campaign Mode with a supernatural twist – either locally or online. You can also take on Horde Mode, which has you fighting wave after wave of zombies until you’re defeated.

While the Resistance managed to defeat Hitler, casting him to hell, the dead continued to rise to fight with an even greater hunger than before. You’ll run into zombies of different shapes and sizes, with some of them walking slowly in classic fashion… but several of them will rush towards you with sharp weapons. Some will carry guns as they shoot wildly in all directions as their arms go wild, and others might be strapped full of explosives as they try to make you go boom, along with any zombies in the area. While shooting them in the head is always a good option, some of them will still be wearing helmets, and others might end up being decked up with metal armor to gain some extra protection. 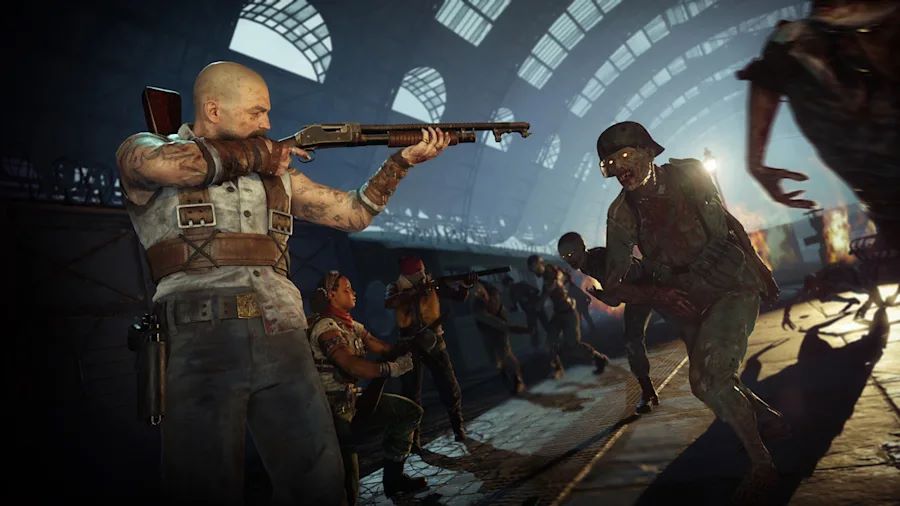 Once you feel that you’re ready to go, you’ll be able to select between the three available difficulty settings: Easy, Medium, and Hard. Easy makes enemies weaker and has them deal less damage, while your bullets are unaffected by gravity or wind. Medium is the standard difficulty option, giving you a balanced experience with a bit of a challenge. And then there’s the Hard difficulty setting, which will grant enemies more health and more strength, with gravity and wind affecting your bullets and friendly fire being enabled.

There are eight characters to choose from in Zombie Army 4: Dead War. There’s Boris (The Prisoner), a hero of the Dead War who banished Hitler to hell; June (The Volunteer), an attaché to a Chinese diplomat in Moscow during World War 2 who joined the fight to push back the dead on the Eastern Front; Karl (The Veteran), a legendary allied sniper who you know from the Sniper Elite series; Shola (The Engineer), the daughter of a wealthy Nigerian barrister who volunteered as an engineer when the Dead War began; Hector (The Zombie), who was brought back to life when Hitler unleashed Plan Z, who has decided to surrender and join the Resistance; Josiah (The Captain), a mischievous Creole sailor who has helped deploy Resistance troops on many raids; Werner (The Renegade), a German career soldier who is loyal to the country and not to Hitler or his crazy occult plans; and Marie (The Survivor), who lost her family to the Nazis and became a member of the French Resistance, fighting to rid Europe of the undead. 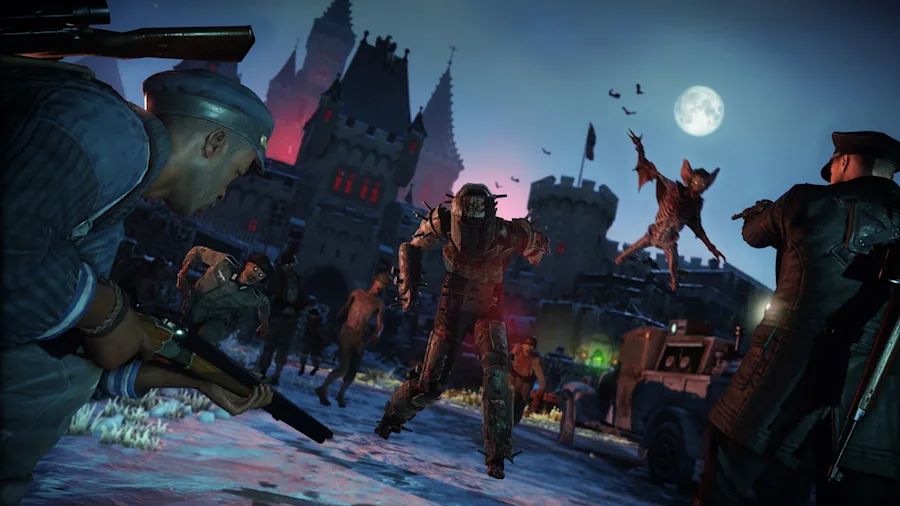 You will control your character with the left analog stick and can press in the stick to sprint. The right one can be used to look around, and if you press it in, you can use a melee attack on any zombie that has gotten too close. To attack, press the ZL button to aim your weapon and shoot with the ZR button. To swap between weapons, you can tap or double-tap the X button or press and hold the button for the radial menu. When you run out of bullets, you should quickly reload with the Y button. If an enemy is on the ground, you can stomp with the L button. The R button is for using items, such as a frag grenade or a mine, which you can swap between by pressing left and right on the D-Pad. If you have a medkit on you, press down on the D-Pad to heal your character. And since this is on Nintendo Switch, there’s also the option of using the gyroscope for precision aiming with motion controls. 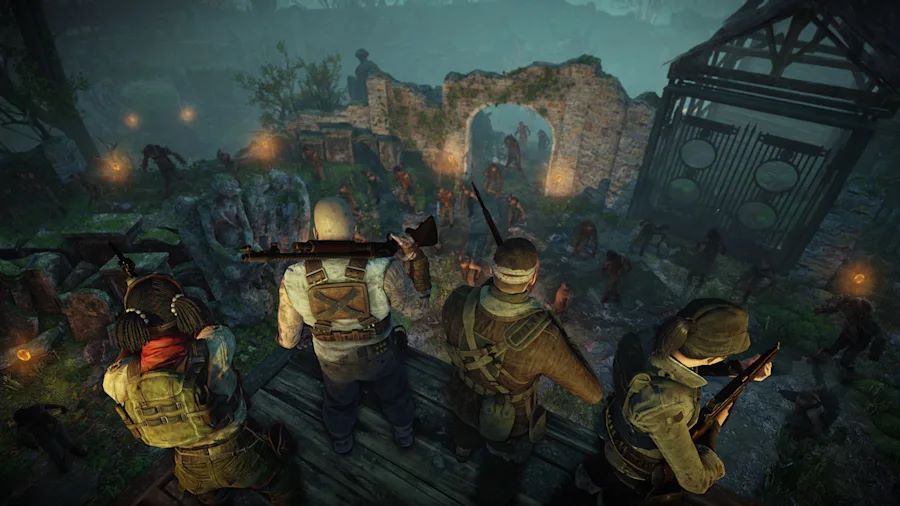 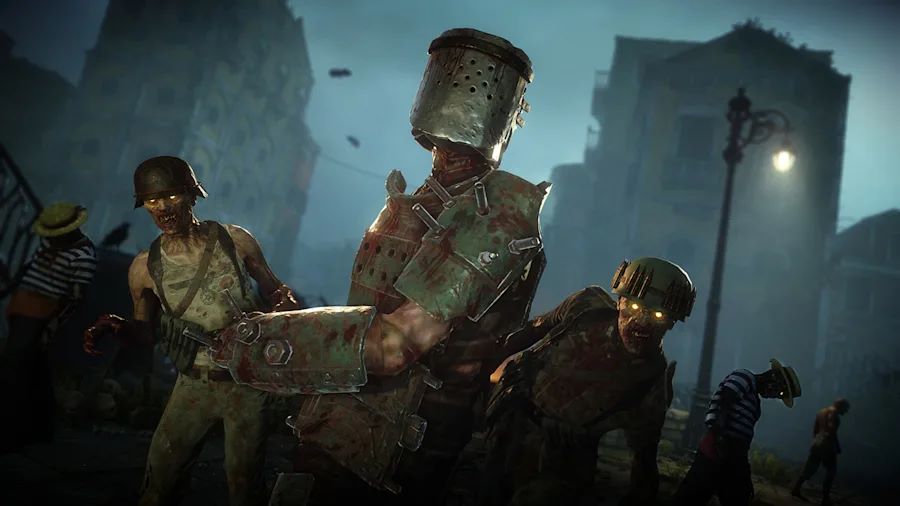 As someone who had a lot of fun with the different Sniper Elite games released on Nintendo Switch, as well as with the Zombie Army Trilogy, I was looking forward to checking out Zombie Army 4: Dead War on Nintendo’s console. It’s a fun, action-packed experience with a lot of content to enjoy at home or on the go. The game’s framerate is capped at 30fps, with a dynamic resolution that goes up to 720p in Portable or Tabletop Mode – or when playing on a Nintendo Switch Lite – and up to 1080p in Docked Mode. And once you complete the Campaign, you can take on the additional challenge of Nightmare Mode to increase the challenge. Zombie Army 4: Dead War is releasing on April 26 on Nintendo Switch at a $49.99 price.

Disclaimer
This Zombie Army 4: Dead War review is based on a Nintendo Switch copy provided by Rebellion.

How To Find Your Gaming Style