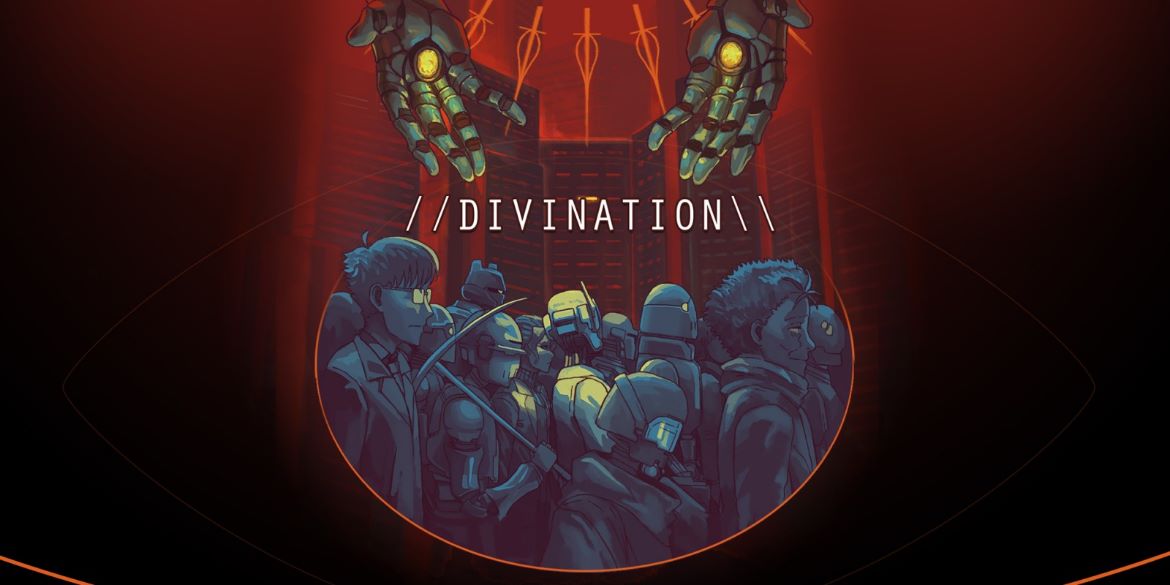 Divination from eastasiasoft and Mojiken Studio is a visual novel experience on PlayStation in which you act as the Diviner, a fortune teller that will use ancient runes to discern the future. Check our Divination review!

Divination from eastasiasoft and Mojiken Studio is a visual novel experience on PlayStation in which you act as the Diviner, a fortune teller that will use ancient runes to discern the future. Mojiken Studio previously gave us the charming When the Past Was Around on Nintendo Switch. Mother, the smartest AI ever developed, which was the brains behind the search engine that everyone uses, committed suicide three years ago. This action, as well as the message she left behind, led to thousands doing the same, both robots and humans. Because of this, the authority has added an Anti-Suicide program to robots in order to protect robot-kind. And if a human is feeling overwhelmed, they could always call the Suicide Prevention Lifeline at 1-800-273-8255. 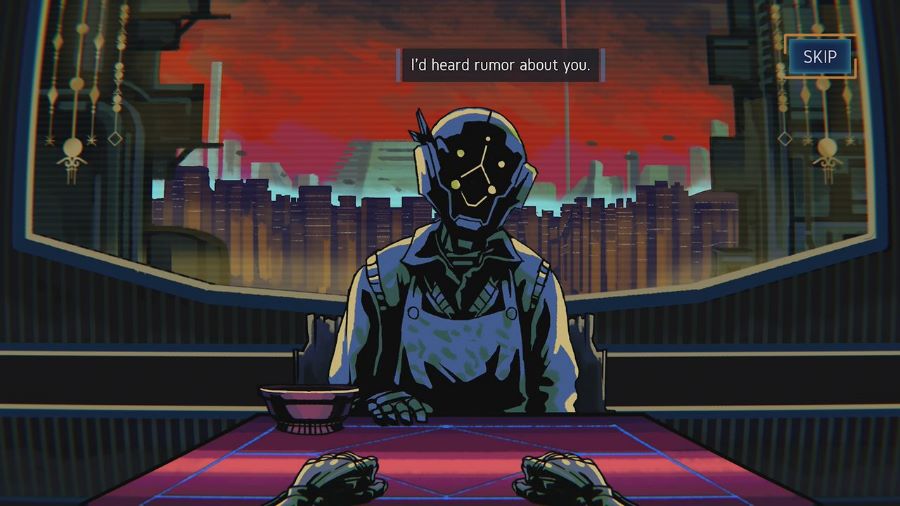 The game takes place in a cyberpunk dystopian future in which humans and robots coexist, for better or worse. The world of Divination is one full of doubt and uncertainty, violence and obsession. With people ready to reject life as an unwanted burden, this is a dark time for all. Chaos is around every corner. The aforementioned AI – Mother – was also judge and jury, and with her suicide, all of her cases have been reviewed. Some have had their sentence reduced, which is certainly not good news for society. The game’s graphic novel art style does a great job at complementing this experience. 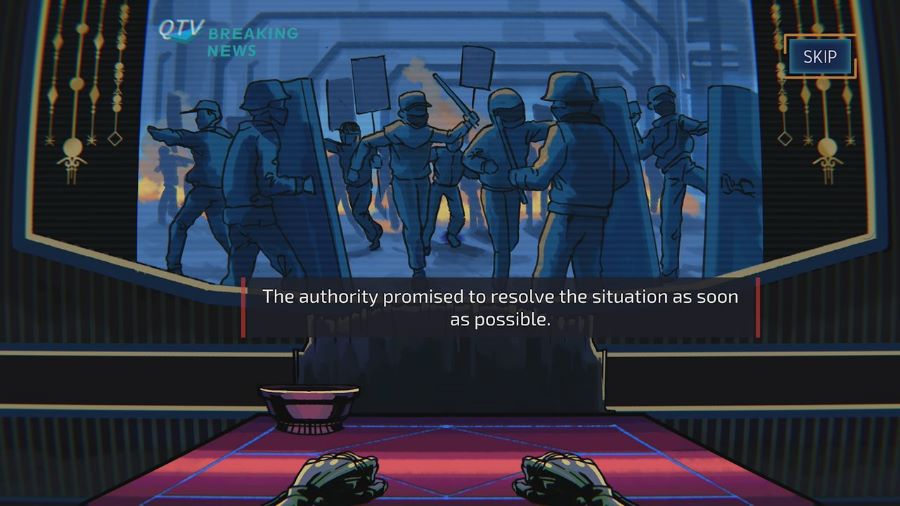 You’ll move a cursor around the screen – and your robotic hands – with the left analog stick or the D-Pad, pressing the X button to move the story forward. You’ll take on four different sessions with four different guests as you use the runes to uncover what the future holds for each one of them. You’ll converse with guests to learn more about them and will then arrange the runes they have drawn to establish where everything will lead them. After a divination is completed and the guest has heard what is needed, the session will be over, and you’ll move on to the next one. 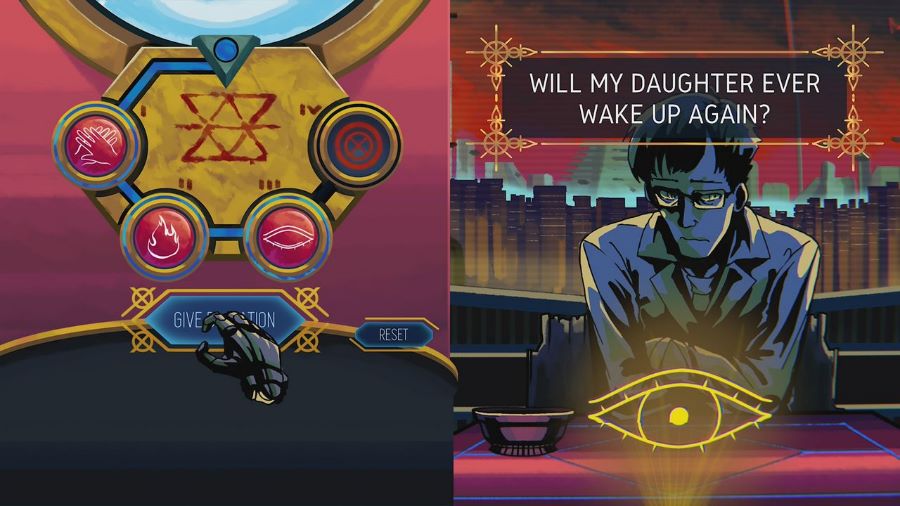 Divination includes a full trophy list with a Platinum trophy to add to your collection. Since the game is Cross-Buy between PlayStation 4 and PlayStation 5, and because each one has its own trophy list, you can add two Platinum trophies to your collection. The list includes 10 Gold trophies and 4 Silver trophies. There are three trophies tied to each of the four sessions that you’ll take part in. There’s another trophy tied to completing the game and then one last trophy for getting the true ending, which unlocks when you achieve 100% chaos by selecting the right order for the runes that you receive. 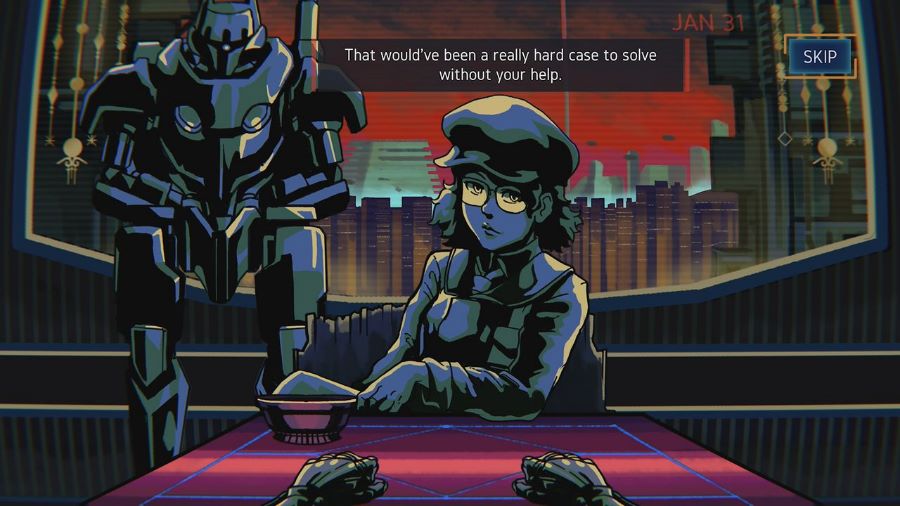 Divination is an interesting visual novel set in a post-apocalyptic cyberpunk world in which chaos lurks around every corner. As a Diviner, it’s your task to give your guests the answers they seek, even if they’re bad news. There’s cause-and-effect at play at all times, and the choices made along the way will decide the fate of your clients… and perhaps of the populace. Divination is available as a Cross-Buy title with a low price of only $4.99, which gives you access to the PlayStation 4 and the PlayStation 5 versions, each with its own Platinum trophy.

Disclaimer
This Divination review is based on a PlayStation 5 copy provided by eastasiasoft.