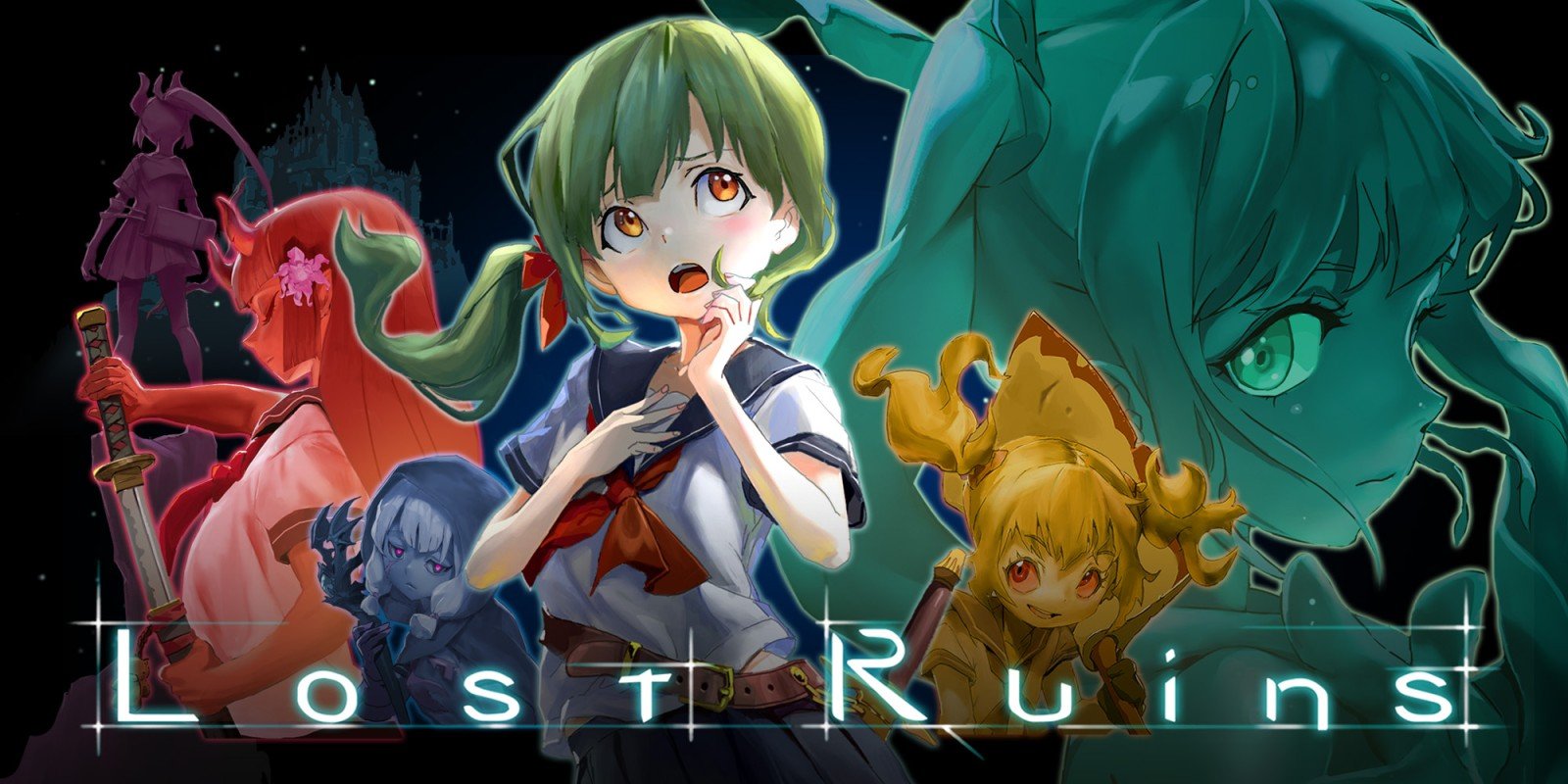 Lost Ruins from DANGEN Entertainment and ALTARI GAMES is a solid 2D survival action game on Nintendo Switch. The heroine finds herself in an unknown location, with no memories of who she is or how she got there. She soon learns she’s apparently been summoned by someone known as the Dark Lady. At least that’s what someone named Beatrice tells her. If she wants to recover her memories, she’ll need to defeat the Dark Lady’s followers – which will act as the game’s different bosses. Since every creature she meets tries to kill her, she believes what Beatrice is telling her. Will you be able to survive long enough to return home?

The game started its journey when Altari Games took the project to Kickstarter back in 2020 with a main goal of ¥1,058,706. Once the campaign was over, and thanks to the support of over 1,400 backers, the team ended up with ¥4,968,148 in funding. This meant that not only was the game’s development funded, it also managed to reach some stretch goals! Thanks to these, the game was ported to consoles, and it got more spells, an extra costume, more weapons, more items, an extra enemy and boss, and extra modes – modes that you unlock after completing the game. 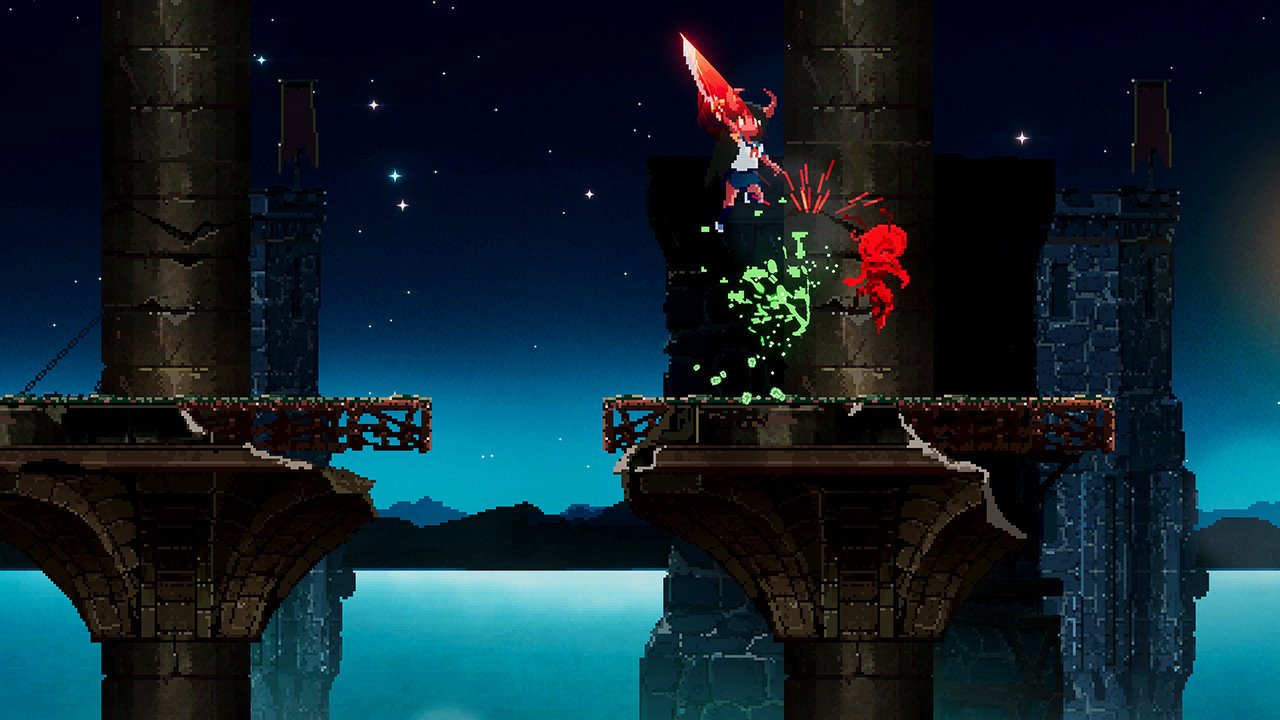 You’re expected to approach each situation with caution as you make good use of items, observe enemies and react as needed so that you can find the right window of opportunity to defeat them. This is what the Recommended difficulty setting – yes, that’s what it’s called – will throw at you. If this sounds a bit overwhelming, there’s also the option of playing Lost Ruins in the Accessibility difficulty. But if you want to dial up the challenge, you can play the game in the Veteran or Hardcore difficulty. Hardcore does its name justice since once you die, it’s all over!

You’ll control your character with the left analog stick or the D-Pad, jumping with the B button. She can roll with the A button, which is very useful for avoiding enemy attacks. Weapons will be mapped to the Y and X buttons, with the L and R buttons activating spells. The + button is for reviewing your inventory, where you can check out your weapons, spells, items, equipment, artifacts, and key items. The ZL button can allow you to check the map. The map will autocomplete as you progress through the game, marking where you can find statues that serve as checkpoints, portals that can allow you to travel between them, and ancient computers that can be used to save your progress. 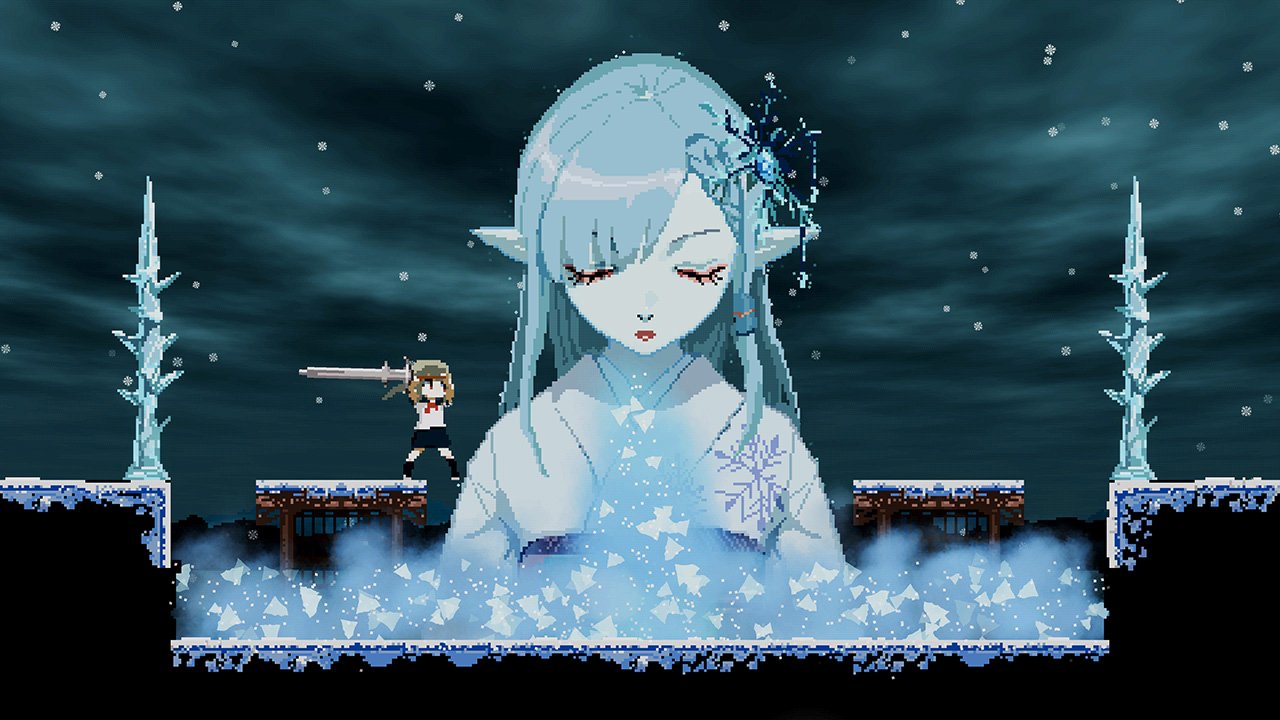 The initial area does a great job of teaching you all of the basics since you’ll start without weapons, but will soon gain access to a sword as your main weapon, then a knife that can inflict bleeding on enemies, a fire bolt you can cast from a safe distance to attack enemies or activate switches, an MP Potion to restore some of your MP, an Altari Radish that recovers some HP and MP over a short period of time, a piece of cheese that can restore 4 HP right away, and some ointment that can nullify bleed damage and increase fire resistance.

The money you collect can be used at vending machines to purchase weapons, spells, items, and equipment. Be sure to balance things out so that you always have items in your inventory to heal your wounds, recover MP, and take care of any potential status effects that you might be affected by, such as bleeding or burn. You might also want to stock up on some dynamite so that you can take care of the pesky walls that will block you from gaining access to additional rooms that could contain more powerful weapons or spells for you! You will also find a few vendors here and there during your journey. 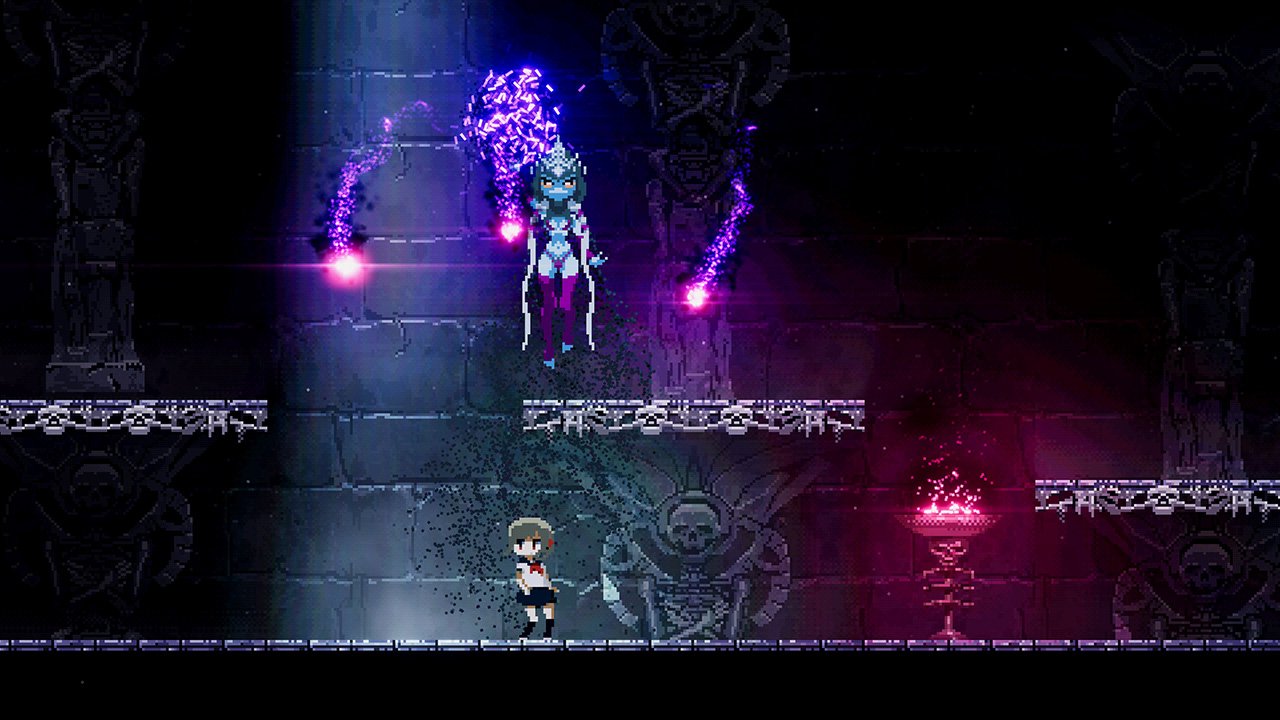 As you find secret areas, you’ll get to collect special tickets. These tickets will unlock some bonus images for you to check out in the game’s gallery section. Once you’re ready, go into the gallery from the main menu, and walk around as you experience each piece by pressing up on the left analog stick or the D-Pad. Once you’re checking a piece, you can zoom in and out by pressing the A button and move the camera around with the left analog stick or the D-Pad. 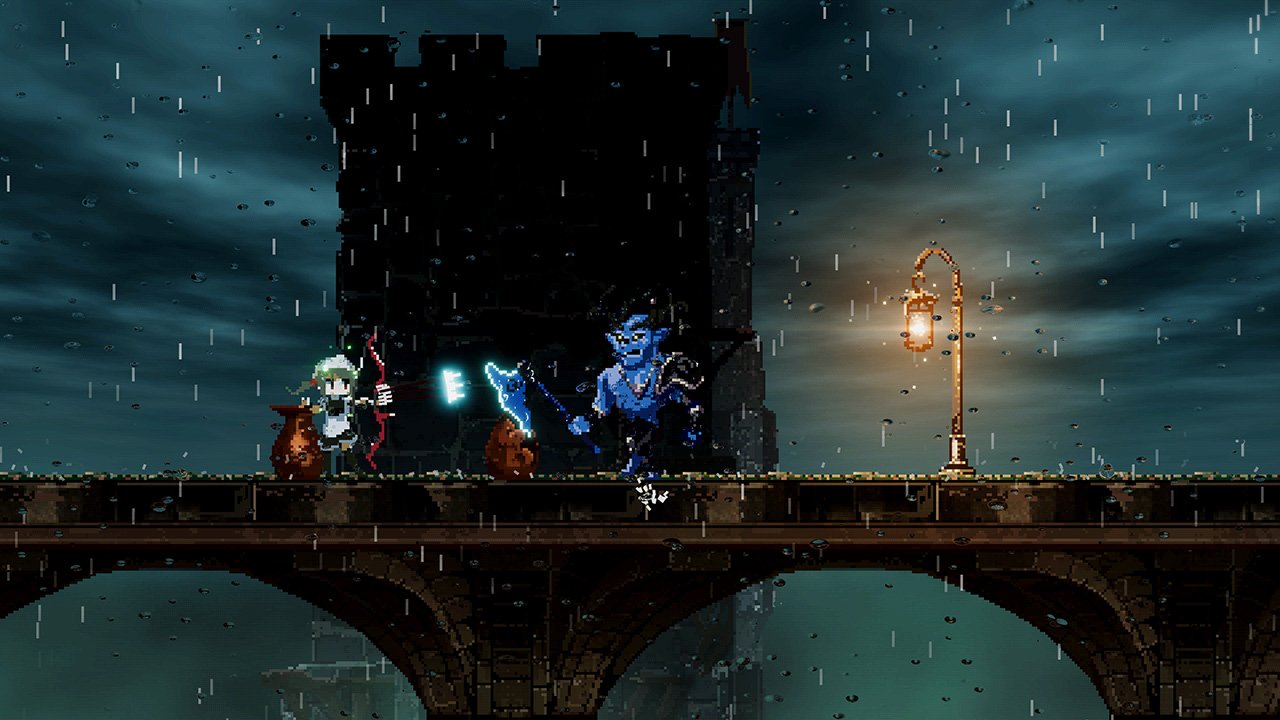 Lost Ruins is a gorgeous and challenging 2D survival action game on Nintendo Switch. You’re going to die in this one – a lot – as you learn more about the movement and attack patterns of all monsters and bosses. You don’t have many hit points, and most of the healing items you can use won’t heal you right away, and will instead heal your wounds over a short period of time, one hit point at a time. Since you don’t have many hit points or magic points – and can only increase them by defeating some bosses and collecting their special items – or by eating some dubious meat to permanently boost your hit points by a tiny bit – you’re going to have to make every spell you cast count, as you make sure you don’t suffer too much damage from attacks, poison, bleeding or from being burned, or else you’ll die in a blink!

And once you complete the game, you’ll unlock three additional options for playing Lost Ruins: Witch Mode, Assassin Mode, and Boss Mode! Witch Mode has you taking control of a heroine that can only use magic attacks, which is very different from the regular experience. For Assassin Mode, you’ll only be able to use daggers and certain types of weapons during your run, with zero access to magic. And then, there’s Boss Mode, which allows you to play as three of the bosses in the game – Kana, Yuri, and Jun – who have been blended together into a single entity! Lost Ruins is one you should check out on Nintendo Switch at its $19.99 asking price.

Disclaimer
This Lost Ruins review is based on a Nintendo Switch copy provided by DANGEN Entertainment. 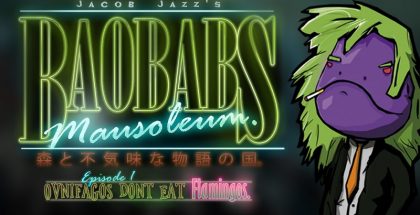 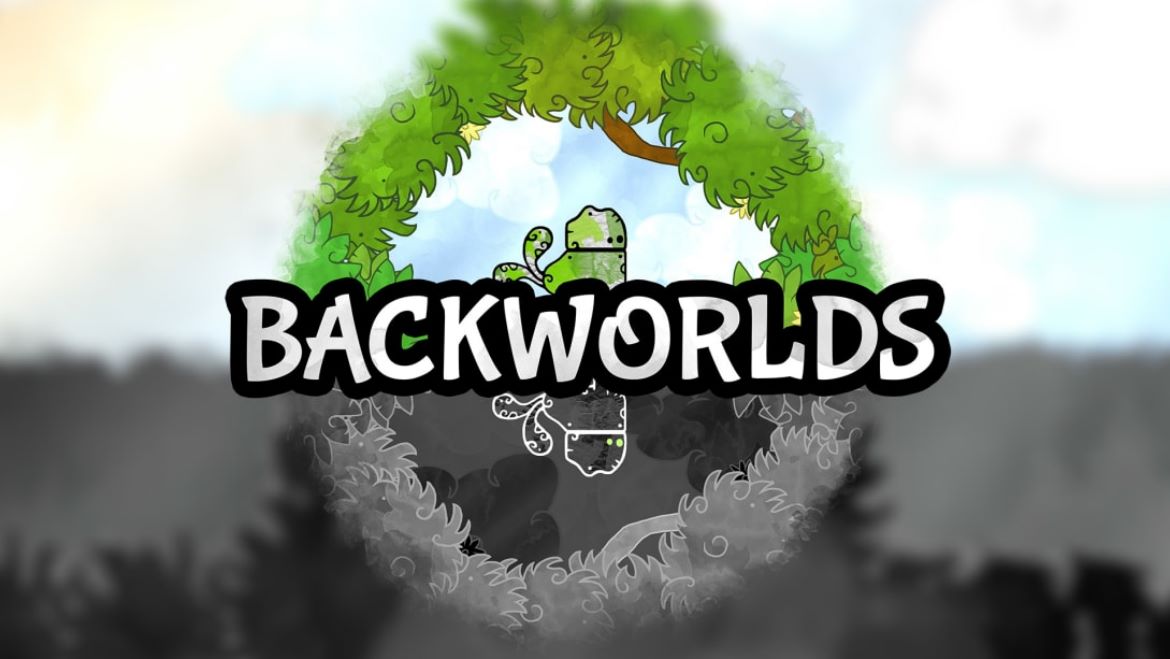