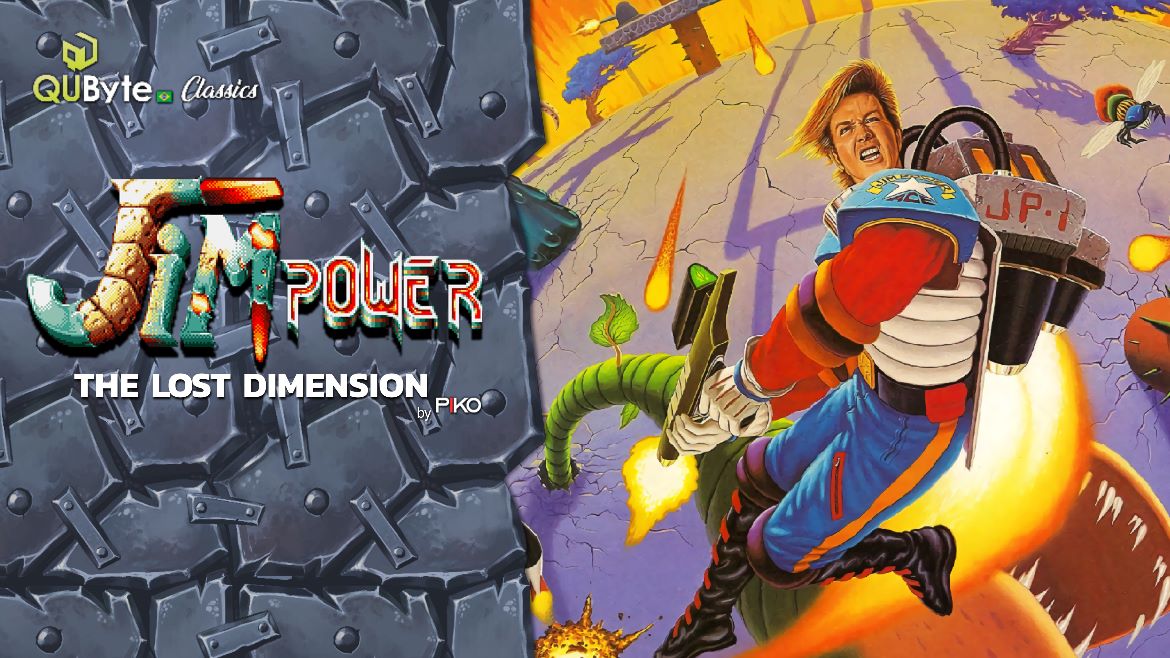 Jim Power: The Lost Dimension Collection from QUByte and PIKO brings us two versions of a cult classic 2D action game from ages past, along with a new animated intro for the collection. Way back in 1993, we got Jim Power: The Lost Dimension in 3-D for the Super Nintendo Entertainment System (a.k.a., the SNES). It was a 2D action platformer from developer Loriciel and publisher Electro Brain that featured the titular character on a mission to defeat the evil Vaprak, who threatens to destroy Earth with his army of evil aliens. It’s now 2022, and we’re getting a chance at playing the canceled Sega Genesis (Mega Drive) version of the game, along with a brand-new Nintendo Entertainment System version developed from scratch by PIKO! And yes, the 16-bit version of Jim Power: The Lost Dimension will remind you of Turrican, and that was very much the intention. 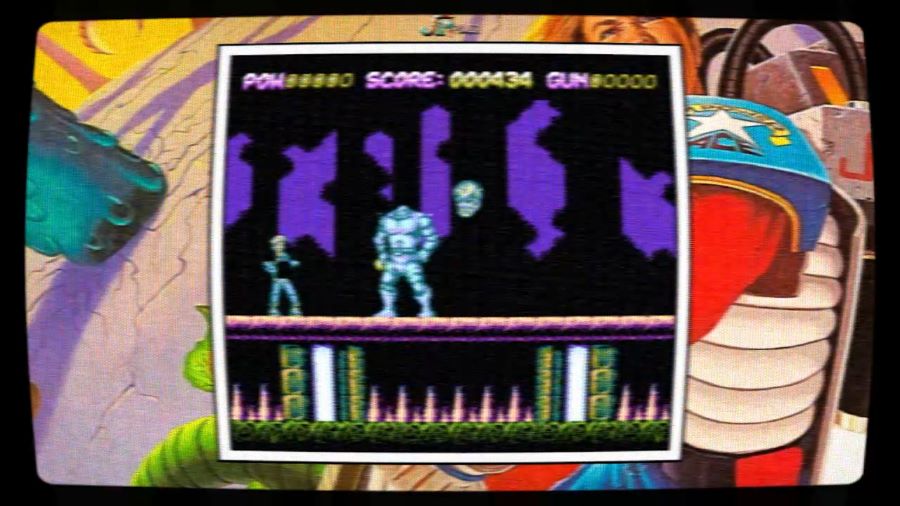 For the 8-bit version, you’ll move your character around with the left analog stick or the D-Pad as you jump with the Circle button and shoot with the X button. For sidescrolling shoot ‘em up levels, you’ll shoot left with the X button and right with the Circle button. You can also press and hold down the X button to charge up your attack to unleash a powerful spinning flame attack. You’ll also find special power-up boxes with a question mark that you can shoot at to open them up. Collect the G inside of it, and you’ll start to increase the power of your weapon, changing its attacks as well. 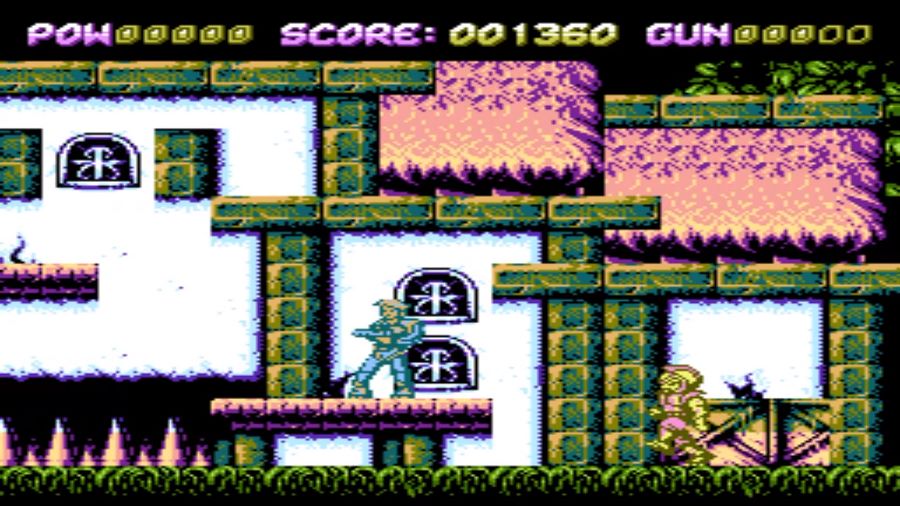 For the 16-bit version, you’ll control Jim with the left analog stick or the D-Pad as he jumps with the Circle button and attacks with the X button. The Triangle button will be for using his mighty special attack that will deal a ton of damage to enemies. As was the case for a lot of 16-bit games, there’s going to be a timer counting down at the center of the screen, so you’ll have to collect watches to increase your time for completing a level. There are also items to increase your lives, the number of special attacks you can use, one that grants you a shield – which is very important since a single hit can kill you – as well as keys that you need to collect to open up some doors.

Since this is a collection with an old-school pair of games, it’s only fitting that it offers a couple of things for you to switch around to get the look and feel you want for your time with Jim Power: The Lost Dimension. You can change the filter for the screen from smooth, sharp, and CRT. This means that you can have a game experience with a smoother look for the pixels, one that shows the pixels in all of their glory, or one that pays homage to how games used to look back in the day when all we had were CRT TVs. There’s also an XBR option for an even more obscure old-school look. As for the other option, you can change the screen mode between normal, fit, and stretch, which will have the game presented within a frame, have it fit the TV in a 4:3 aspect ratio or stretch things out into a 16:9 aspect ratio. 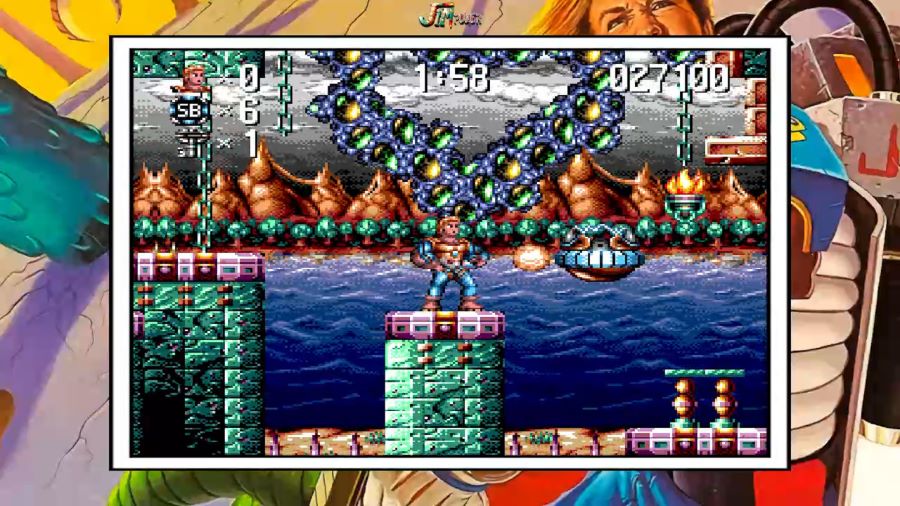 The collection has a full trophy list with a Platinum trophy for you to unlock. The list is split into 4 Bronze trophies, 6 Silver trophies, and 8 Gold trophies. The objectives include fully upgrading your gun, defeating 100 enemies, and scoring 10,000 points in the 8-bit version, as well as defeating the major bosses in the game and beating the 8-bit version in Easy, Normal, and Hard. Because the difficulty-related trophies do not stack, you’re going to have to play through the 8-bit version of the game three times as you play on Easy, Normal, and Hard. The rest of the trophies are for the 16-bit version of the game, and you’ll have to beat levels 3 and 6, complete the game, use your special power 20 times, get 100,000 points, and defeat each of the major bosses. 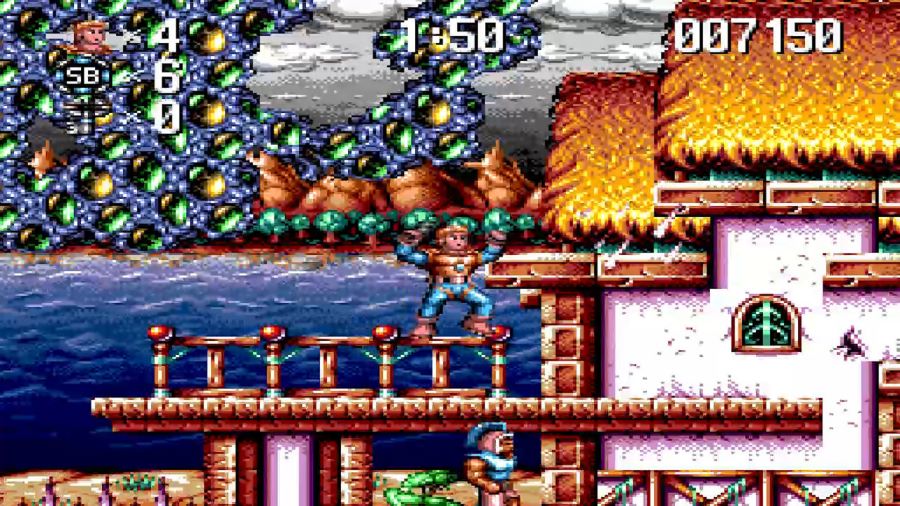 Jim Power: The Lost Dimension Collection gives us a chance to play not only the canceled Sega Genesis/Mega Drive version of Jim Power from way back when, it also gives us a made-from-scratch NES version for a different take on the 2D platforming action. The collection is out on PlayStation 4 with a $9.99 asking price, and you can even get yourself a Platinum trophy in the process.

Disclaimer
This Jim Power: The Lost Dimension Collection review is based on a PlayStation 4 copy provided by QUByte. 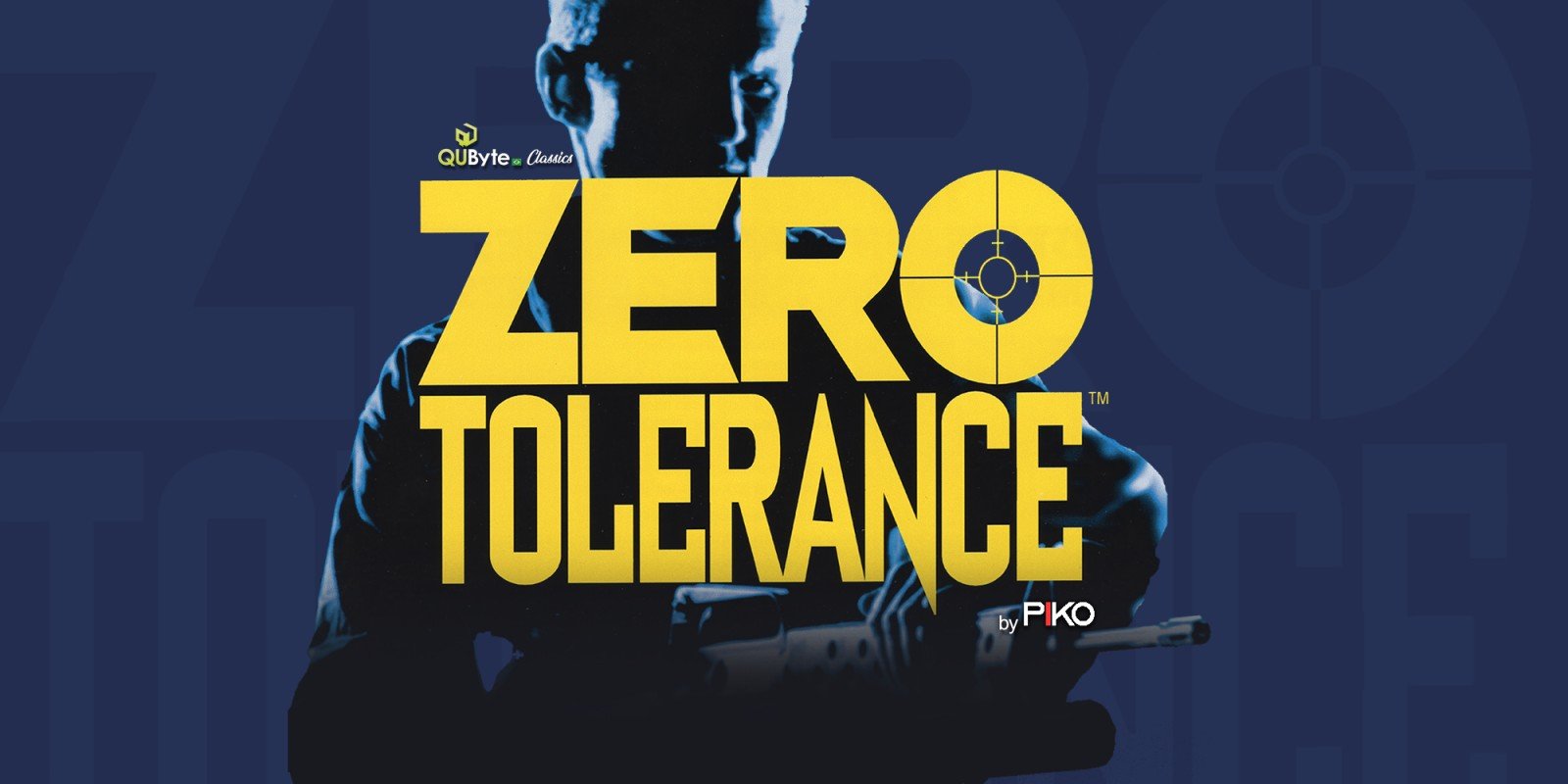 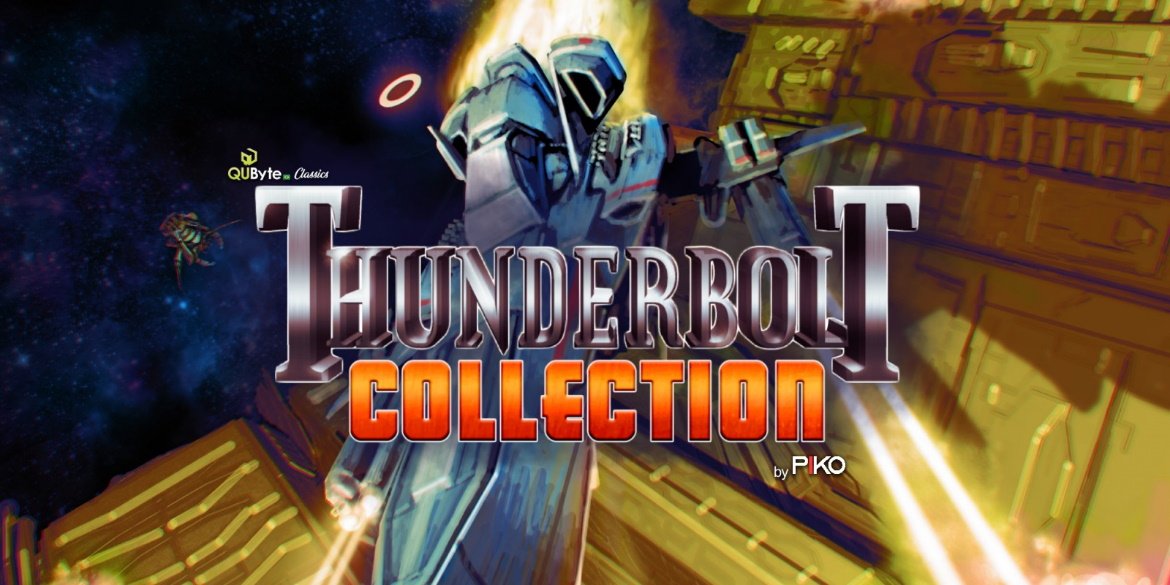