Game ReviewsSystem of Souls
No Comments 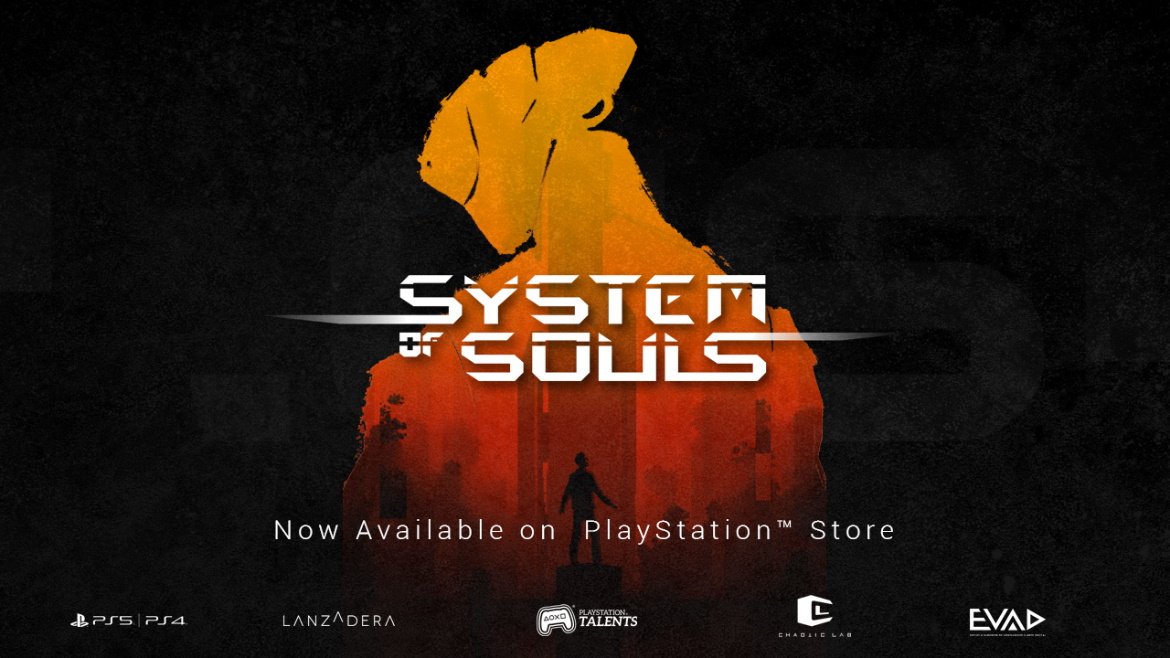 System of Souls from Chaotic Lab and Sony Interactive Entertainment is an interesting first-person puzzle platformer on PlayStation 4. Check our System of Souls review!

System of Souls from Chaotic Lab and Sony Interactive Entertainment is an interesting first-person puzzle platformer on PlayStation 4. It’s the year 2155, and life on Earth has now become unsustainable. In order to survive, humans have decided to transfer their souls into robotic bodies from the ION corporation. After an unexpected accident, you wake us inside of one of said robotic bodies. You play as L-064N, and thanks to the robotic body you find yourself in, you’ll have superhuman abilities. The game has a healthy dose of a Portal vibe, with a dash of Bioshock references in the trophy list – more on this in a bit. 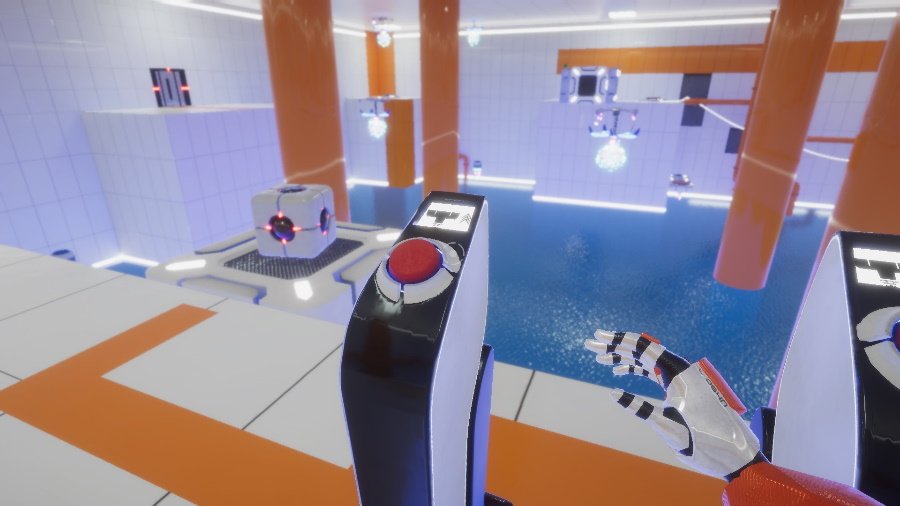 Alongside AURA, an overdeveloped AI, you’ll explore the ION facilities as you complete a series of tests that will bring you closer to recovering your lost memories. By venturing into retrieval modules, L-064N will be able to interact with other robots as it learns new skills and improves them. The neural networks of the protagonist must be stimulated by the tests so that AURA can help him reconstruct his memory. As you solve the mind-bending puzzles on your path, you’ll get to better understand the world of System of Souls.

You’ll control L-064N with the left analog stick as you look around with the right one by controlling the camera. You can run by pressing in on the left analog stick or by pressing and holding down the L2 button. The X and R2 buttons will be used for jumping – which you’ll be doing… a lot! Pressing in on the right analog stick will allow you to stop time in the air. The L1 button will make it possible to shoot slow time to affect objects. The R1 button will allow you to shoot a hook so that you can swing through some of the puzzles. And if you need to interact with other entities or objects, just press the Triangle button. 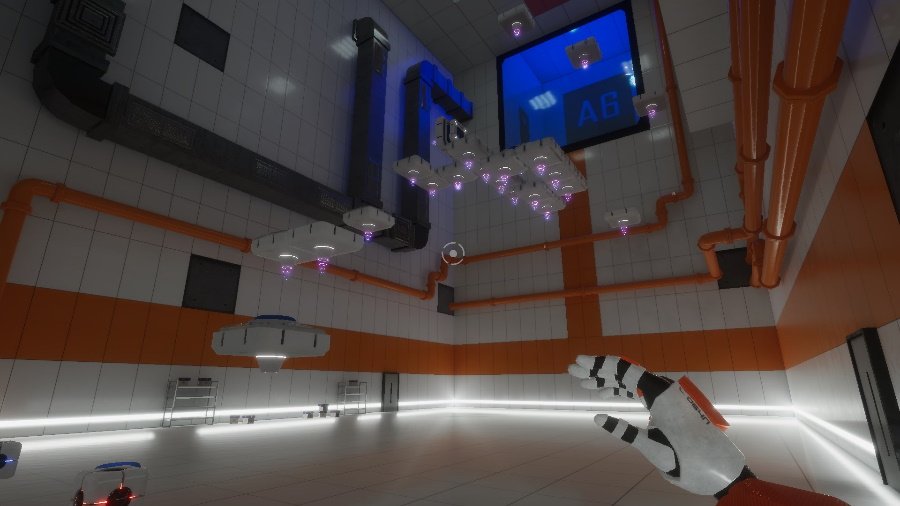 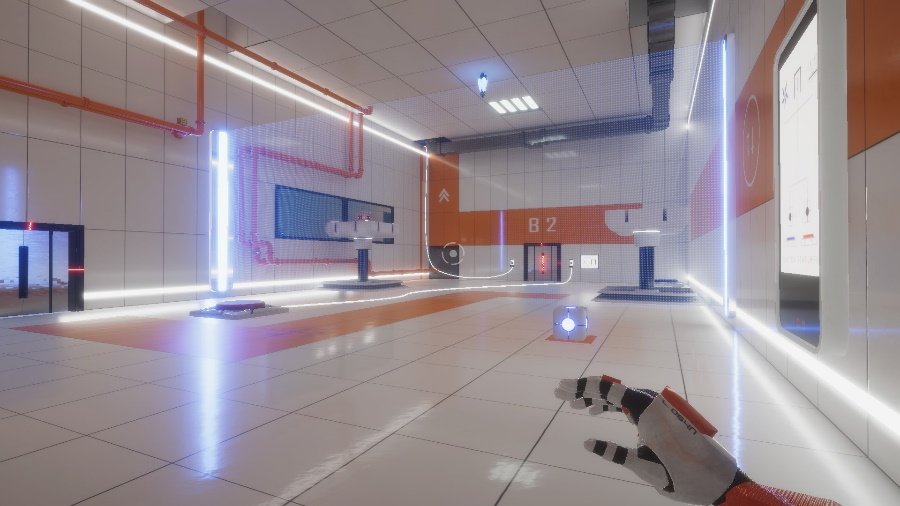 If you want to get the Platinum trophy, you’ll have to pay attention to every room you visit because there are 50 Rubik’s Cubes to collect! The trophy list for System of Souls includes 15 Bronze trophies, 12 Silver trophies, and 5 Gold trophies. Along with collecting the aforementioned 50 Rubik’s Cubes, the objectives to complete include finishing all the tutorials, falling from a great height, obtaining each of your missing memories, using buttons or pressure plates 300 times, using the mobility laser 200 times, falling into water 50 times, jumping 300 times, interacting with a vending machine, completing all tests in each of the floors, as well as speedrunning the game to beat it in less than 3 hours, to name some examples. 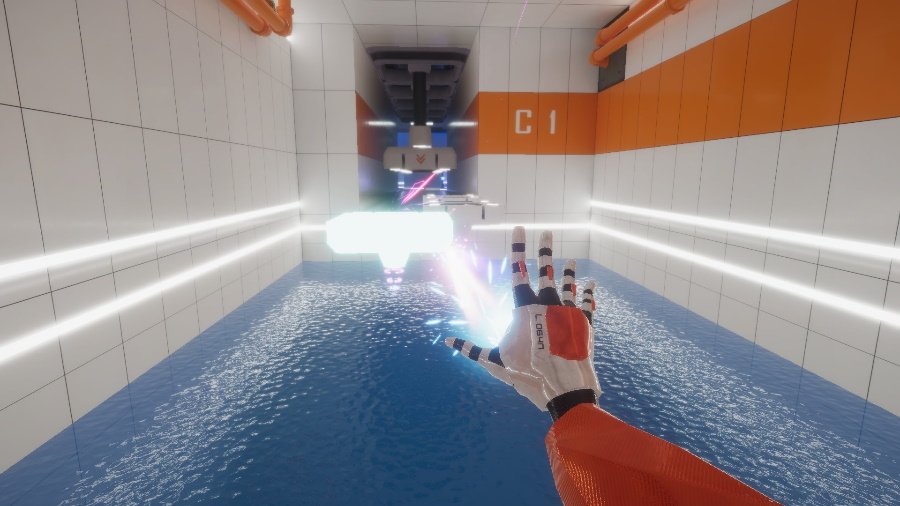 System of Souls is an interesting and fun first-person puzzle experience on PlayStation 4 with a great look and feel. Its look and feel will remind you at times of the beloved Portal series. The game has a good difficulty curve, introducing new gameplay elements and new puzzle elements at a steady pace as to not overwhelm gamers. While the game does have a Platinum trophy, do know that if you want to get all trophies in one go, you’ll need to find all 50 Rubik’s Cubes, as well as complete the game in less than 3 hours. System of Souls is out on PlayStation 4 with a $14.99 asking price, and it’s one you should definitely check out.

Disclaimer
This System of Souls review is based on a PlayStation 4 copy provided by Sony Interactive Entertainment.