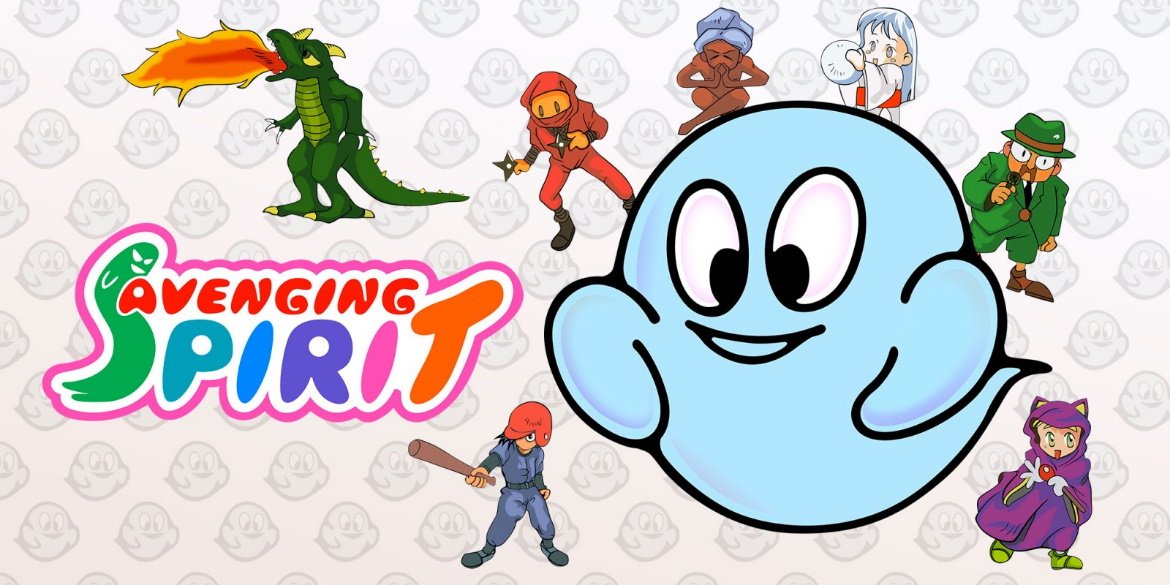 Avenging Spirit from Ratalaika Games brings the classic arcade game from Jaleco to PlayStation. The game was originally released back in 1991, and it’s now getting a Cross-Buy PlayStation released in 2022. As the game’s story goes, you were walking with your girlfriend when you were ambushed and shot dead. As a spirit, you’re contacted by your girlfriend’s father, who tells you that your girlfriend has been kidnapped to try and force him to reveal the secrets of his research into ghost energy. 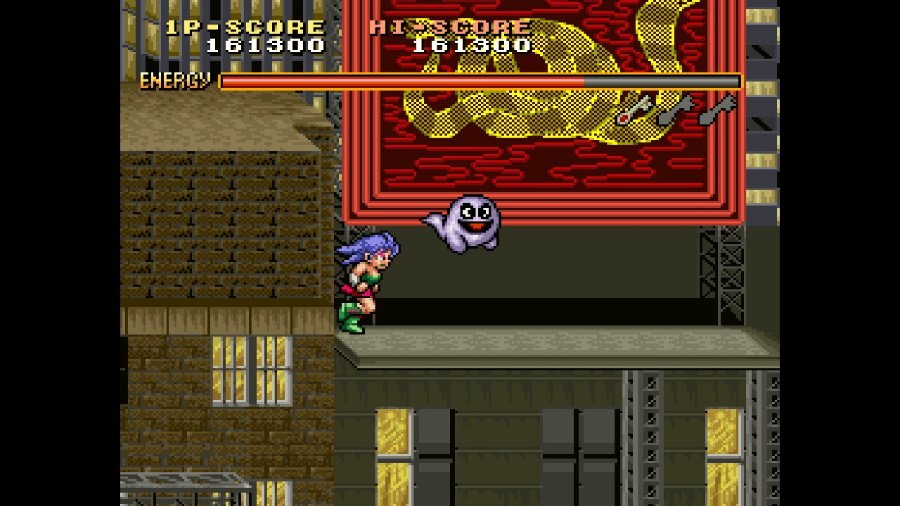 This release offers both the original Japanese version of the game – known as Phantasm – as well as the international release – a.k.a. Avenging Spirit. On top of this, you can select between a more user-friendly version optimized for home play, which supports single-player play or select the original arcade game, which supports two players. There’s also the option of selecting one of four difficulty settings depending on the experience you want to have: easy, normal, hard, and hardest.

Since this is an old-school arcade release, the controls are simple and to the point. You’ll move your ghost character with the left analog stick or the D-Pad, possessing other characters with the A button. Once you’ve possessed someone, you’ll be able to jump with the X button and attack with the Square button. Do remember that when you’re in ghost form, your energy bar will constantly deplete at a steady pace, so you’ll have to find a new host ASAP! As for the quality-of-life improvements for the game, you’ll be able to rewind the action with the L1 button to fix any mistakes you make along the way, as well as speed up everything with the R1 button. You can also save your game’s state at any time in case you want to stop playing and return to where you left from. 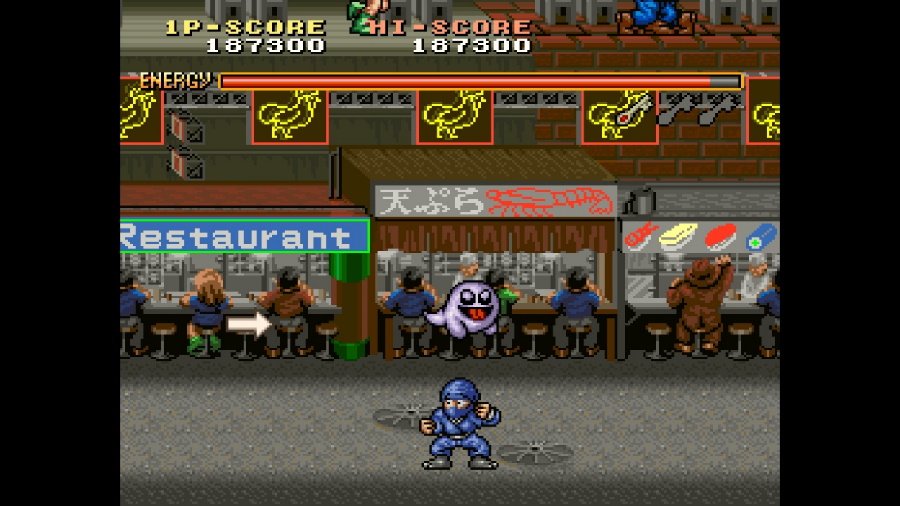 There are different characters to possess, and each one will have its own attack ability. The soldier can shoot its gun, and that’s also the case for the fedora-wearing gangsters you can possess. The female fighter has mighty punches and kicks that can destroy anyone on her path. Another version of the aforementioned gangster will have a powerful machine gun. You might also run into a pink-robed wizard-like human who can shoot out lasers from its wand. Or perhaps you’d favor a shuriken-throwing ninja?

At the end of each of the game’s six levels, you’ll end up facing a boss. You’ll need to pay attention to each of their movement and attack patterns so that you can figure out the best way to defeat them. For example, the boss for the first stage will be a group of mechanical snakes that shoot out lasers, and they will pop out of specific spots in the room one at a time. Depending on the character you’ve possessed before entering this fight, you might have an easier or harder time trying to defeat them. 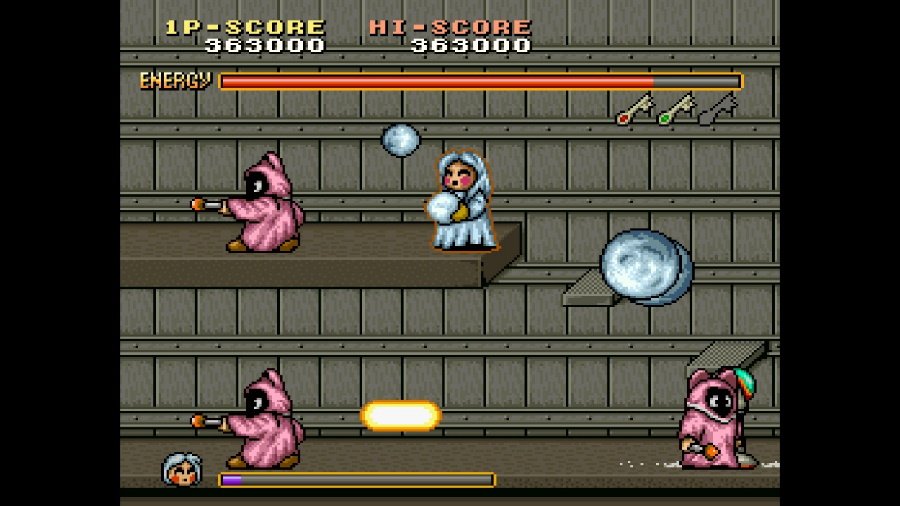 Trophy-wise, Avenging Spirit has a full trophy list with a Platinum trophy waiting for you. Since this one is a Cross-Buy title, you will get both the PlayStation 4 and the PlayStation 5 versions of the game, so if you own a PS5 console, you can get two Platinum trophies added to your collection. The list is split into 2 Silver trophies and 11 Gold trophies, and only a handful of them are missable – some of them more than the others. There are trophies for completing each of the six stages in the game, trophies for getting 250,000, 500,000, and 750,000 trophies, and trophies for finding three secret keys. It’s these keys that will allow you to rescue your girlfriend and possess her in order to beat the final boss and get the good ending. If you want some extra help, check out this Avenging Spirit Trophy Guide. 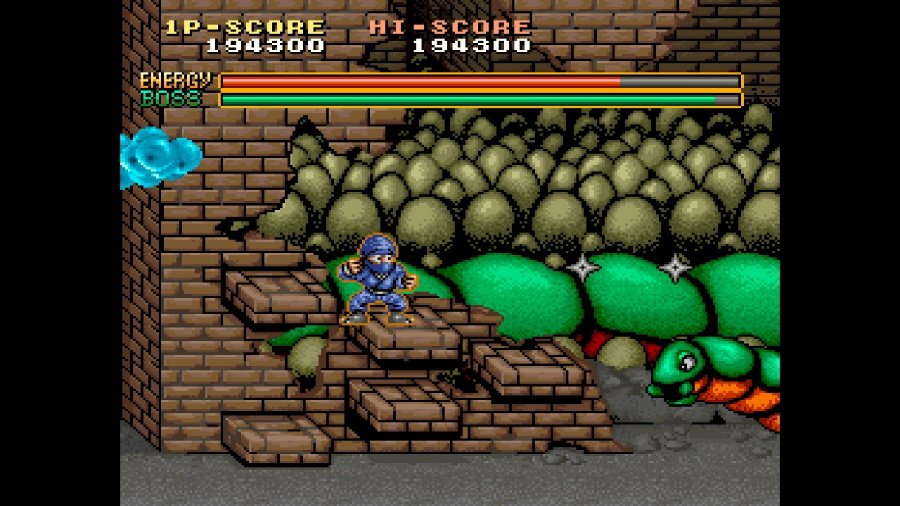 Avenging Spirit brings us a classic arcade game from the Jaleco catalog to PlayStation, offering both the Japanese version and the international version. It has an interesting gameplay mechanic in that you can possess enemies to use their abilities, and it offers two endings depending on if you collect or don’t collect the three special keys hidden on stages 2, 5, and 6. The game is available at a budget price of only $5.99, and since it’s a Cross-Buy title, you’ll get both the PS4 and the PS4 versions with your purchase at no extra cost.

Disclaimer
This Avenging Spirit review is based on a PlayStation 5 copy provided by Ratalaika Games.

An arcade classic revamped for a new generation 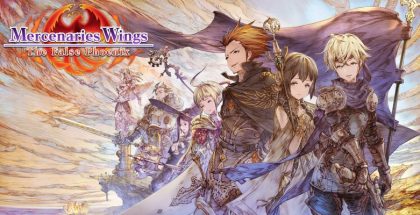 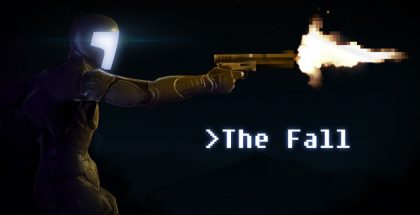 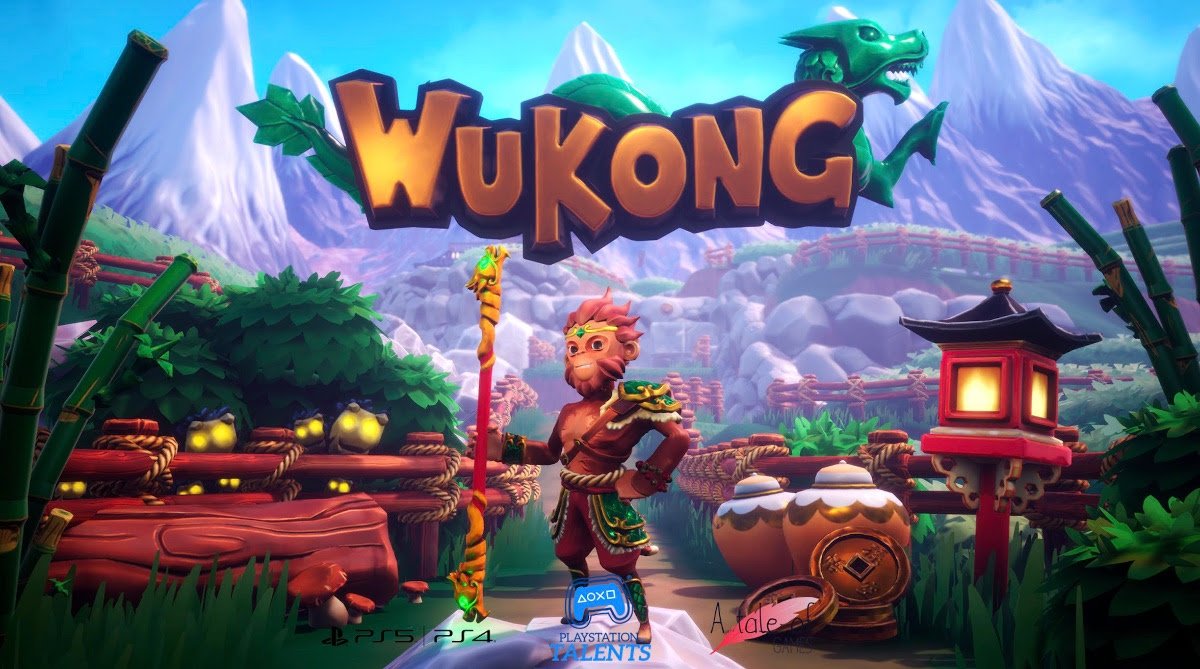