Game ReviewsSword and Fairy: Together Forever
No Comments 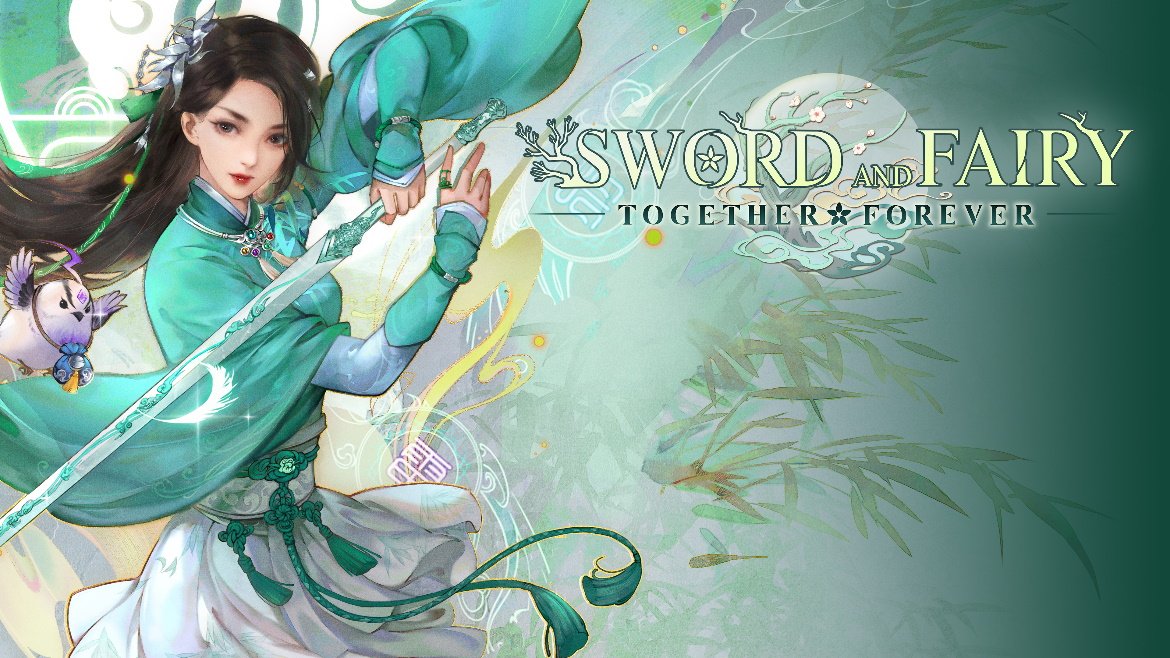 Sword and Fairy: Together Forever from eastasiasoft and Sofstar is a great-looking action RPG that blends ancient mythology with a traditional Chinese aesthetic. It’s the latest entry in the long-running series that is closing in on 30 years now! The first game in the franchise was launched way back in 1995 under the name The Legend of Sword and Fairy, and we got the previous game on PlayStation 4 three years ago as Sword and Fairy 6, and it’s now time to dive into this sequel on PlayStation 5.

For this new journey, you’ll play as characters Yue QingShu, Xiu Wu, Bai MoQing, and Sang You, who will be introduced at different moments in the game’s story, allowing you to play as them before they come together as a team. The game is a direct sequel to Sword and Fairy 6 but can also be seen as a standalone story that you can enjoy without having played previous games in the series. The real-time fighting, easy access to special abilities, and being able to change between party members on the fly makes for a very dynamic experience. 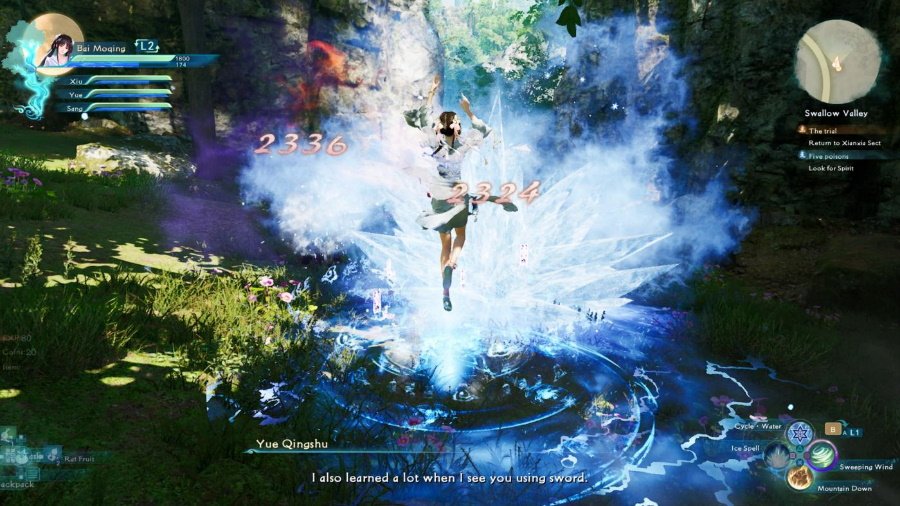 To make it easier for gamers of all skill levels to enjoy their time with Sword and Fairy: Together Forever, there are three difficulty options, Easy, Normal, and Hard, so that you can find the best one to not make the action feel overwhelming. The game is fully voice-acted in Chinese, so unless you’re familiar with the language, I suggest you go into the options menu and make the subtitles extra large so that you can know what is going on story-wise.

Once you’re ready to go, you’ll control your character with the left analog stick as you swing the camera around with the right one. Since you’ll be controlling your entire party at once, you’ll be able to switch between characters by pressing and holding down the L2 button and then pressing the Square, Triangle, X, and Circle buttons as needed. The X button will be for jumping, while the Circle button will be for dodging incoming attacks. To sprint, press down on the L3 button.

To activate abilities, you’ll have to press and hold down the R2 button and then press the Square, Triangle, X, or Circle button once they’re charged up. Using abilities is a must to be able to defeat the many enemies and bosses you’ll battle against. Items will be mapped to the D-Pad, and you’ll be able to use them by pressing up, left, or right. The Square button is for light attacks, while the Triangle button will be for heavy blows or joint strikes. Press the R3 button to target enemies, and press the L1 button to switch targets.

To allow you to get the hang of things, the Sword and Fairy will have you play through a short tutorial as a very powerful character all dressed up in white. After this introduction segment, you’ll be playing a couple of hours as another character before the game opens up a bit more, and you get a chance to control a party, with more characters joining down the road. You’ll need to get good at switching between them so that you can make the most of each character’s special abilities during combat. 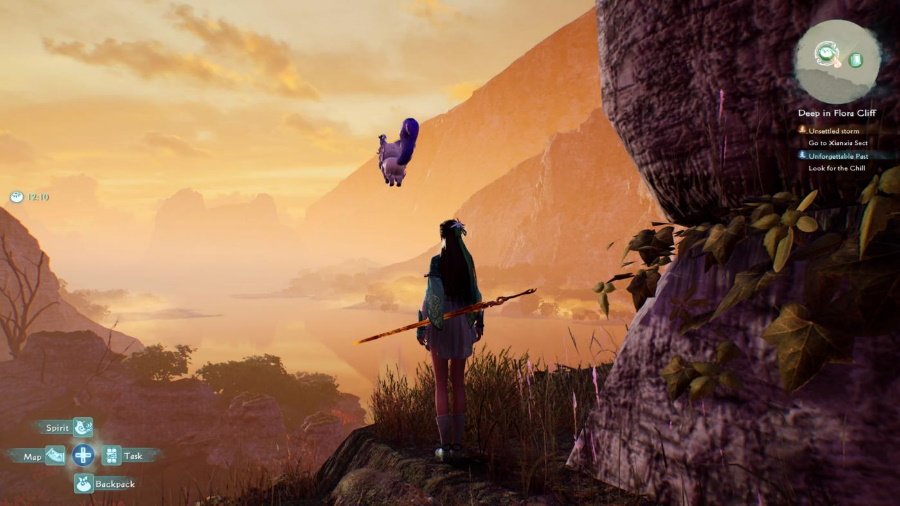 The money you collect can be used to purchase items to restore your characters’ health and MP so that they can remain with lots of energy and have enough MP for abilities. You can also purchase cooking materials such as cereals, flour, meat, vegetables, fish, or spices so that you can cook a variety of delicious dishes. And yes, cooking dishes as well as eating a bunch of them are tied to some of the game’s trophies – more on trophies in a bit.

Along with the main story quest, there are also many sidequests for you to take on. For example, someone in the village might complain that their sugar supply has been stolen, so you’ll need to find the thief and recover the sugar before it’s too late. Another person might be worried sick about one of the kids not being home yet, so you can offer to search for them before it gets dark – you don’t want to be responsible for a kid being attacked by monsters outside of the village!

As you defeat enemies, your characters will gain experience points. Once a character has obtained enough experience points, it will level up. Leveling up will reward a character with a boost to their stats, which include their hit points, MP, attack, defense, and critical hit percentage. Leveling up will also grant characters additional combos that can be put to good use in battle, especially when you’re surrounded by enemies!

If you’re ever feeling a bit lost, you can press left on the D-Pad to bring up your map. You can zoom in and out as needed by using the right analog stick and can review the map’s icons that mark the many points of interest. A large orange M will let you know where you need to head to in order to carry on with the main quest. A blue S marks a sidequest that is being tracked, while a ? or ! mark is for sidequests that are not being tracked or for which you have not received your reward. There are also icons for the blacksmith, weapon dealer, grocery store, pharmacy, and cook. You can even find leaf fairies that reward you with items, landscapes to visit, or journals with extra information. You can also leave a mark on the map so that you can keep special spots in mind. 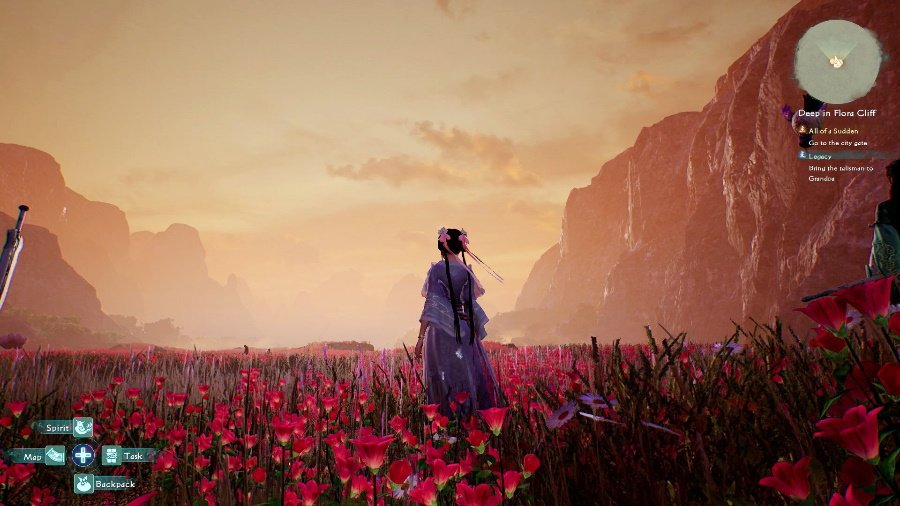 You’ll start your quest with only one Spirit by your side, but you’ll eventually be able to collect more for your party. Spirits are important since they can aid you in battle, and you can help them improve, grow, and level up by feeding them Spirit Fruit. Spirit Fruits come in different varieties, so feeding a Spirit a Purple Spirit Fruit will have a different effect than feeding it, say, a Golden Spirit Fruit. As a Spirit levels up, it will receive Gift Points. Gift Points can then be allocated to provide boosts to increase HP or MP.

Perhaps you might be in the mood for a card game as well? Then worry not, because Sword and Fairy: Together Forever has got your back! You’ll play a special card game known as Journey Heaven-Earth in which players draw four cards from a deck, playing cards to battle it out. Once cards enter the battlefield, their values and attributes will be accounted for, and either player will win the round, or things could end in a draw. Pay attention to each card’s symbol because sky beasts earth, earth beats human, and human beats sky! Each card can also have a different rarity (Bronze, Silver, or Gold) and a special ability that can be activated once you collect enough energy.

And then there are the trophies. On top of having a Platinum trophy, the good news is that none of the trophies are missable! The list includes 20 Bronze trophies, 13 Silver trophies, and 4 Gold trophies. The game is a Cross-Buy release, so you’ll get access to both the PlayStation 4 and the PlayStation 5 versions, and each one has its own Platinum trophy. Most of the trophies will unlock as you progress through the game’s story and defeat the many bosses you’ll battle. On top of that, you’ll have to make 10 dishes, eat 30 dishes, learn all abilities, clear all chapters, collect all Spirits, enhance a Spirit, fully level up all Spirits, enhance a weapon to top level, and defeat all elite monsters. You also have to perform a couple of specific actions during some boss fights, but you can battle bosses again during the post-game. 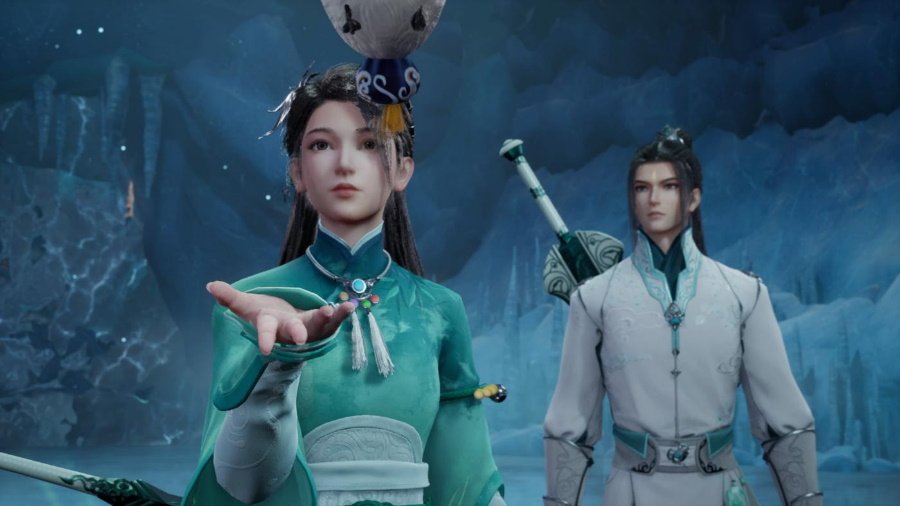 Sword and Fairy: Together Forever is a fun single-player third-person action RPG experience on Sony’s console. The game looks great on PlayStation 5, with colorful and lush locations to explore and a lot of NPCs to interact with. As is to be expected, the main characters in the game look a lot better than the NPC, but that’s to be expected. Sure, there’s some pop in here and there, and not all textures are as high resolution as they should be for a PlayStation 5 release, but this one is a budget action release at $39.99 and not the $59.99 and above you expect from AAA games. There’s also a Premium Edition available for $49.99 that includes the game, the Modern Style Outfits Add-On, the soundtrack with 79 tracks, a PS4 dynamic theme, and 4 avatars. 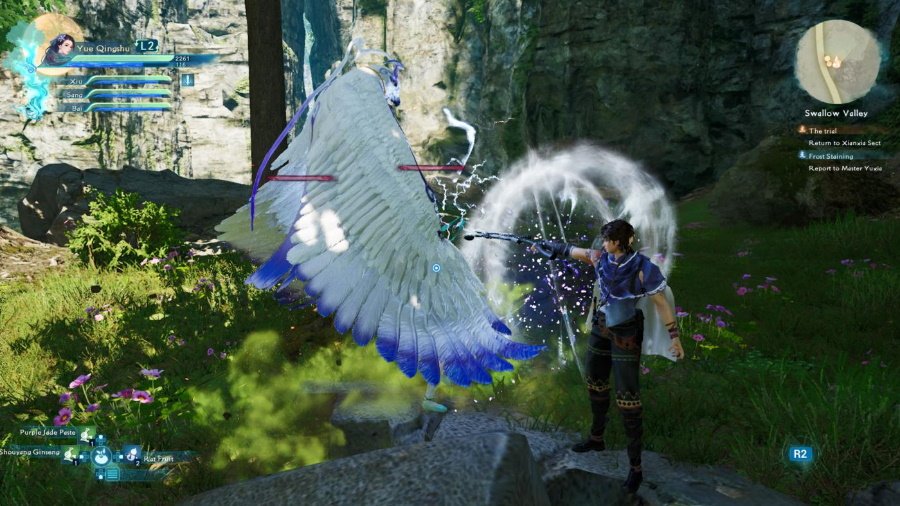 Disclaimer
This Sword and Fairy: Together Forever review is based on a PlayStation 5 copy provided by eastasiasoft.

Great-looking and fun action RPG with a traditional Chinese aesthetic 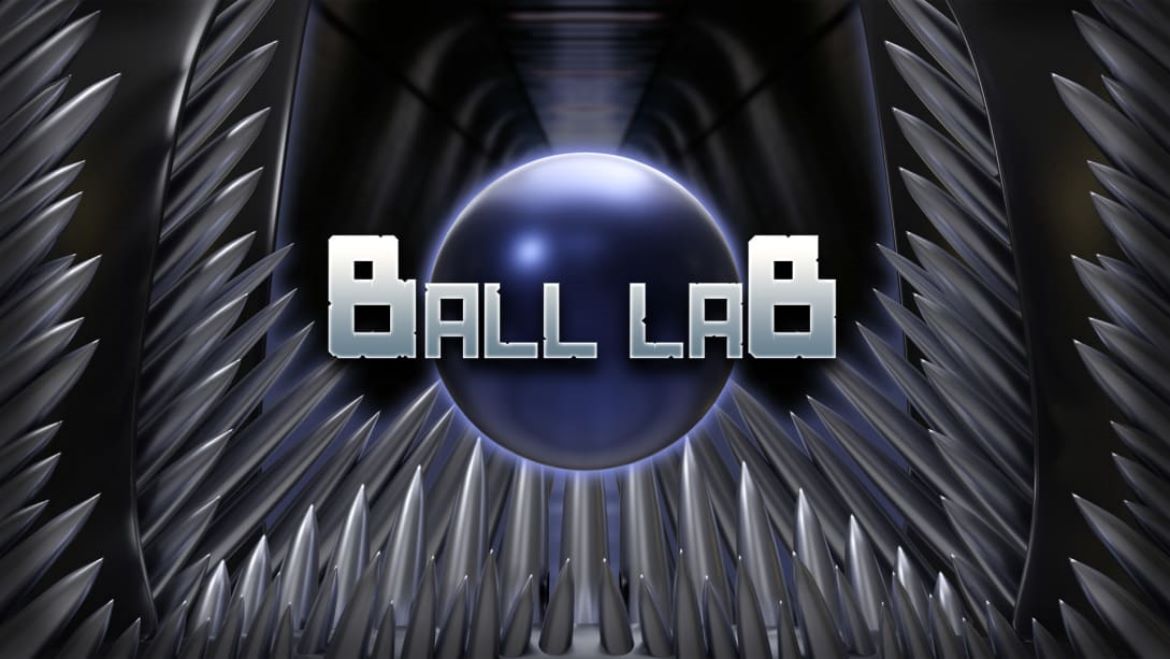 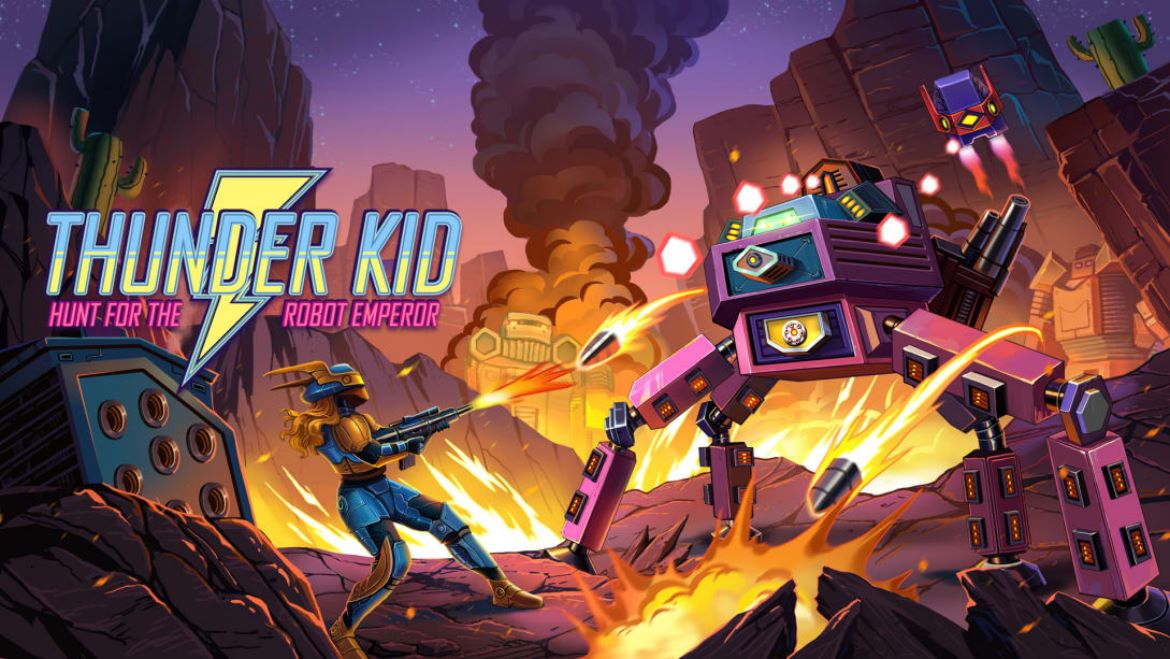 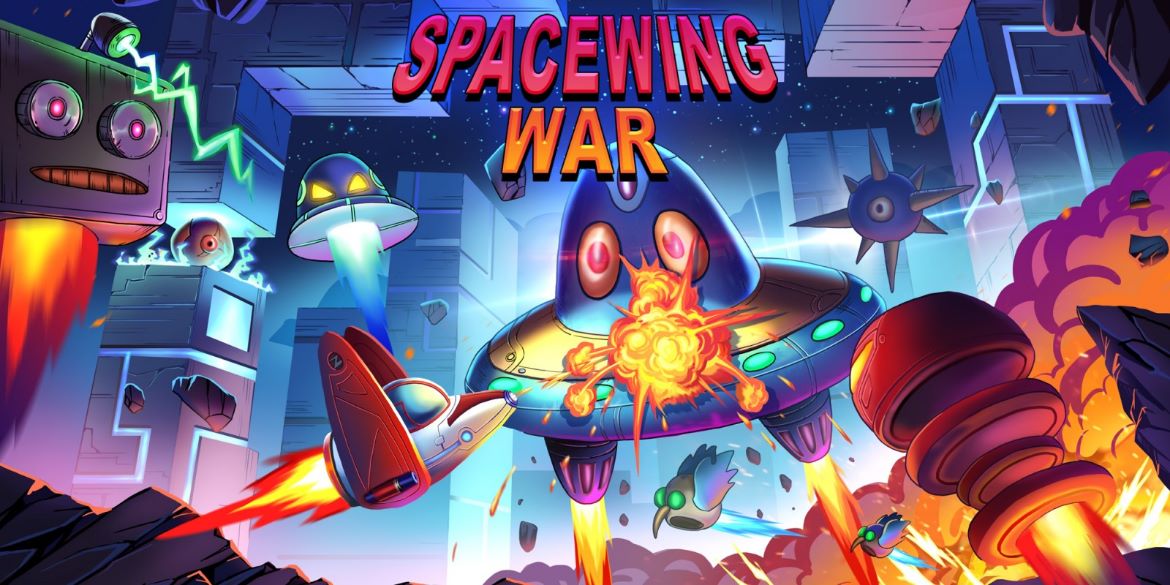