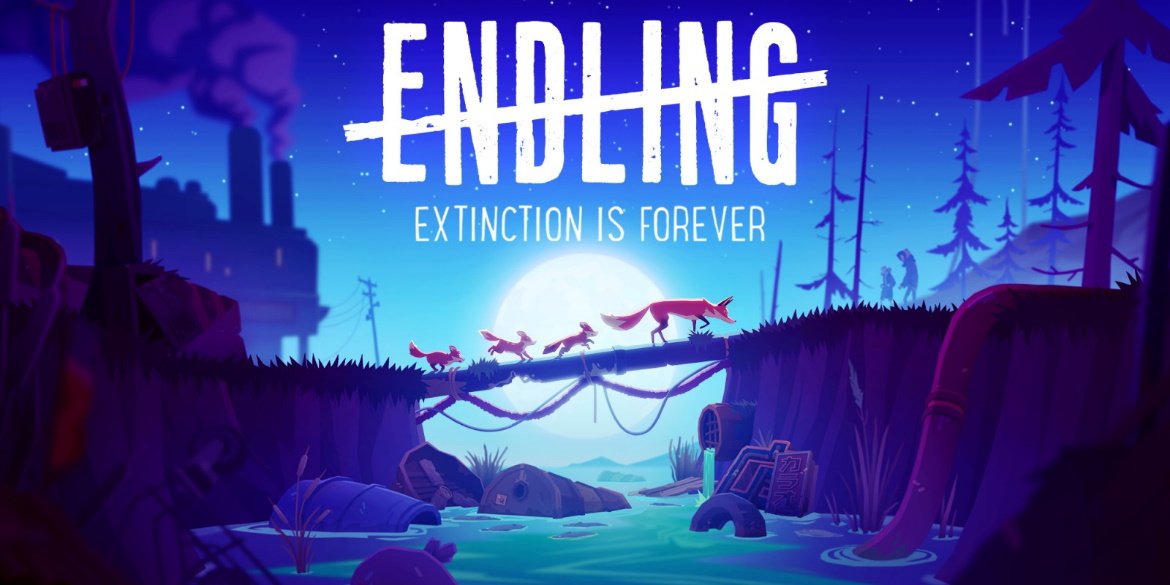 Endling: Extinction is Forever by HandyGames and Herobeat Studios is an interesting survival title in which, as a fox mom, you try to keep your young cubs alive. The story kicks off in a pretty harsh way as you jump right into the action in a forest completely ravaged by the flames. You have to flee the place before being hurt, as you are the last fox on Earth. After witnessing the humans burning the place down, you end up falling off a small cliff and slowly make your way to a small cave where you fall asleep, hurt and exhausted. After the night passes by, you wake up to four baby cubs by your side, and now your objective becomes clear: ensuring their survival. Unfortunately, though, after two nights of taking care of them, a human manages to grab one of your babies, and now not only will you have to ensure the three others survive, but you’ll also have to try and find your missing cub! 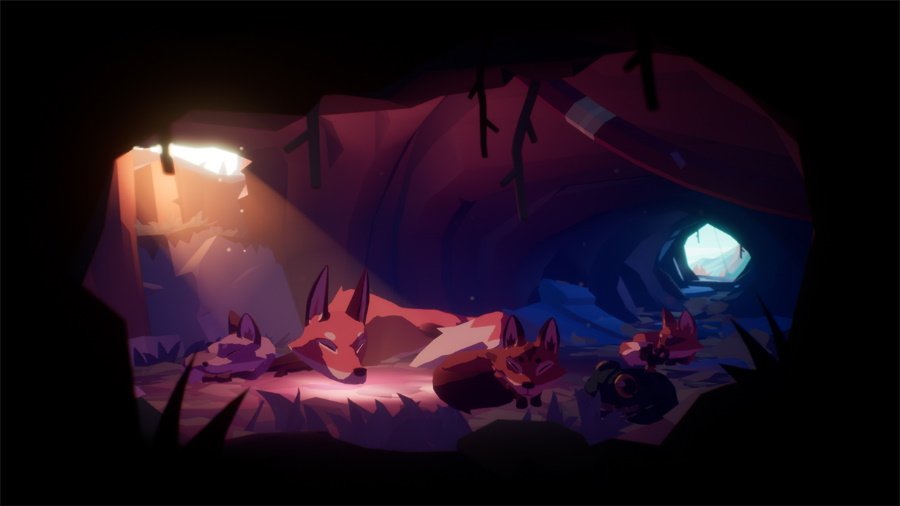 The game is played from a sidescrolling 2.5D perspective, with some occasional interaction to branch onto different paths. The A button is used for all the interactions you will do, whether it’s to go on a branching path or to jump on prey to give your cubs some food. The B button is used to bark, while the Y button is to pick up or drop food you find. The L button will be used to activate your senses, which will allow you to see a special smell trail that will lead you to food or to find the clues that can help you find your missing cub. The R button will allow you to sneak stealthily, either to be able to catch prey or to avoid being detected by some predators like owls or nasty humans. You can also press the ZR button will allow you to run. Pressing up on the D-Pad will let you pet your cubs, which can help in calming them down.

Each night, your goal is relatively the same. You have to explore your surroundings and find some food to feed your cubs, for which you can see the energy level at the bottom left of the screen. Food can be found in bushes, by sneaking on and catching small animals or fish, or even by digging up through trash. Once your cubs are with you, you can even drop the food you find to let them eat it while also allowing you to find and retrieve more. Since you have limited time before the night ends, which will make more humans appear and thus increase the risk of getting hurt or losing your cubs, you have to ensure you are optimal in your exploration and findings to be able to bring back something to eat. Every few nights, you’ll also get some special trail to follow, which will help you find your fourth cub if you decide to follow it. 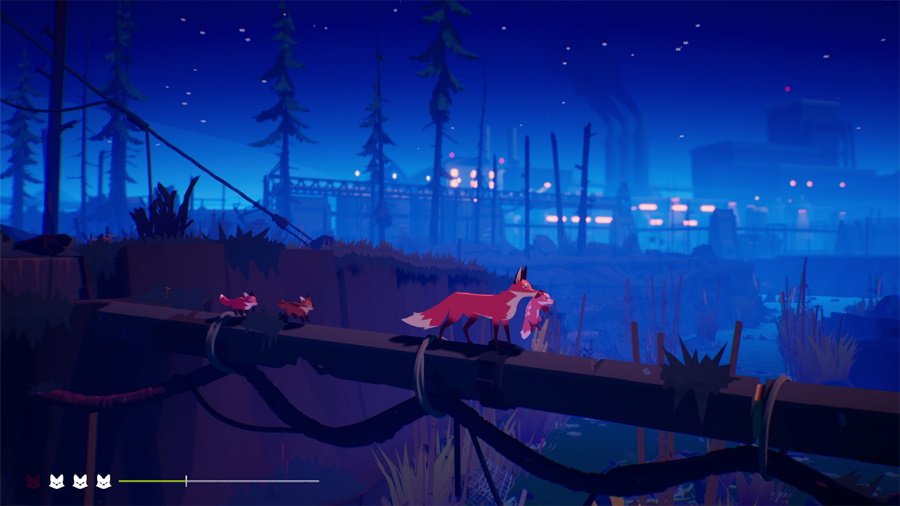 Visually, the game is beautiful, with some great animations and nice environments. This doubles down when the cubs come into play, as you start paying attention to every little thing out there that could cause harm to them as you venture out of your lair. Having recently played another animal game – hi Stray! – I was curious to see what this one would look like, as it’s a completely different type of game while still seeing you control an animal. The first thing I can say is that I loved how the game looked, and the art style is definitely one of the biggest highlights of the game. In terms of gameplay, the whole survival aspect is really interesting, and the fact that you have limited time for each night forces you to remember which paths lead where if you want to get further on each night. 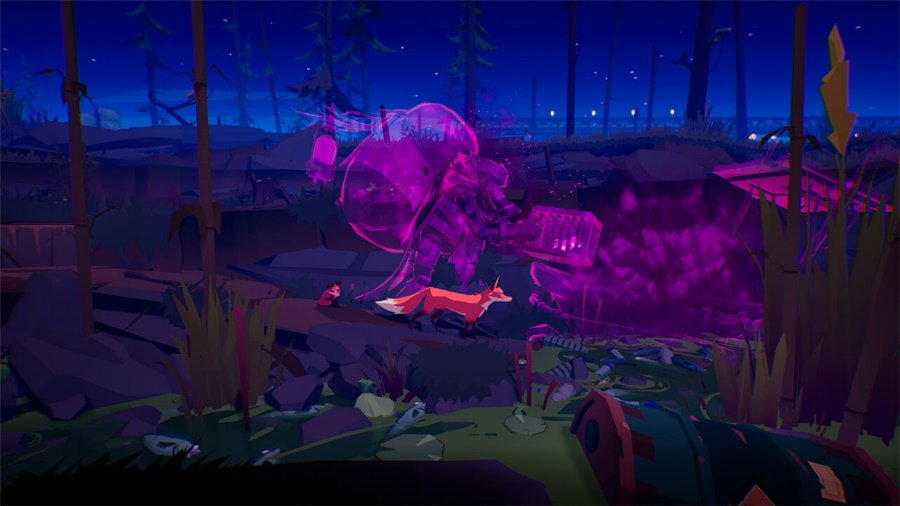 But although I found this to be fun and original, I also came to find it a bit repetitive. Each night was more of the same, as you had to run, avoid traps or predators, use your senses to find some food, pick it up, and get back to your lair. The fact that you have to take care of your cubs adds a little something since you might have unexpected objectives to complete if they, say, get scared. What compensates for this, is the fact that the game is only a few hours long, so it’s still worth seeing it through the end to see how the story wraps up. 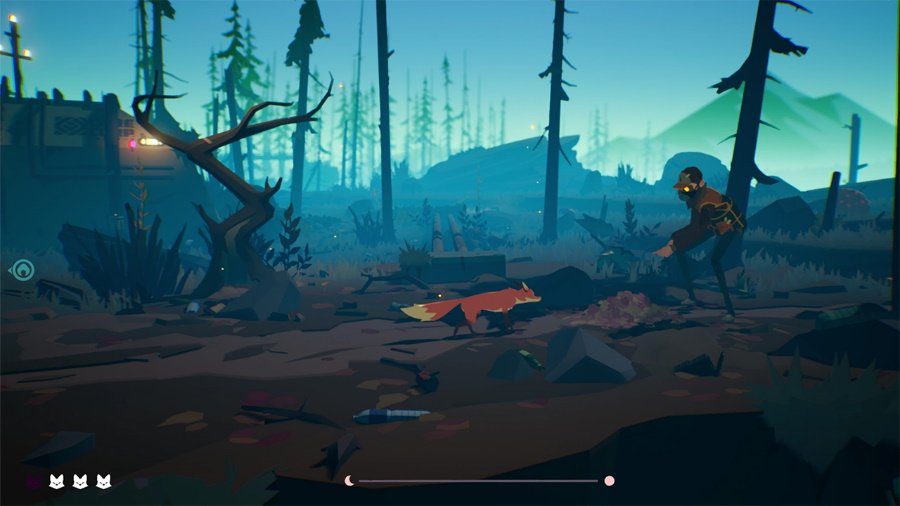 Endling: Extinction is Forever is a beautiful title that’s worth trying out, but, given the way it’s structured, it can end up feeling a bit repetitive at times. The good news is that this is a game that does not overstay its welcome, and it does some interesting things with its premise. Endling: Extinction is Forever is out on Nintendo Switch with a $29.99 asking price.

Disclaimer
This Endling – Extinction is Forever review is based on a Nintendo Switch copy provided by HandyGames.

Beautiful survival game that can feel a bit repetitive