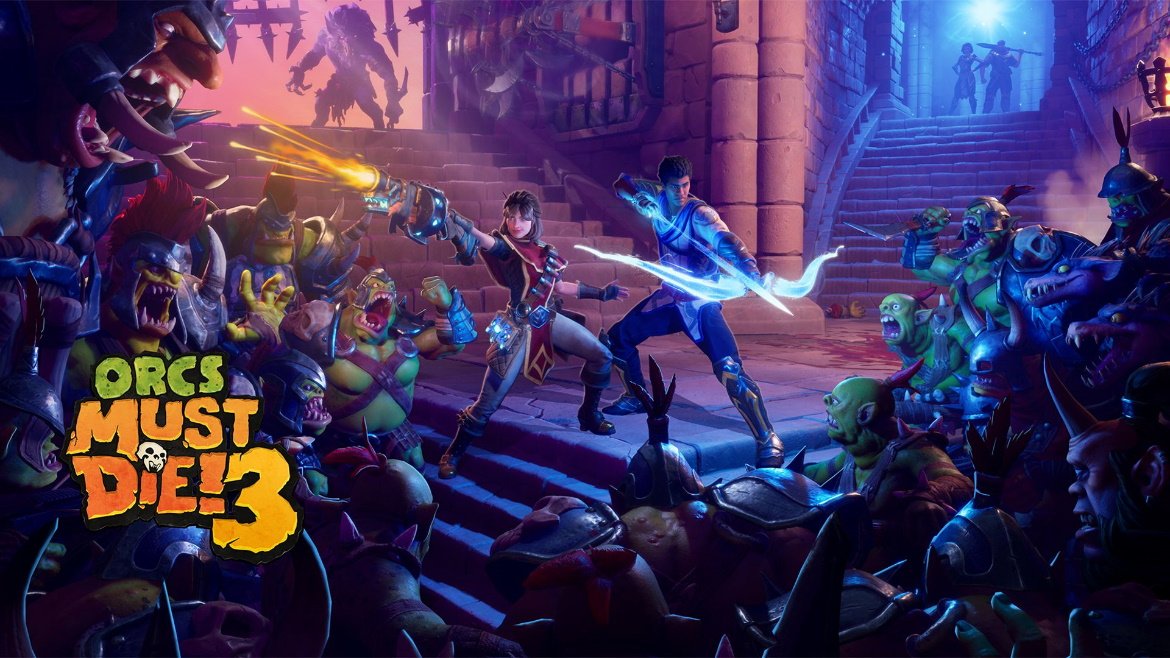 Action-packed sequel Orcs Must Die! 3 from Robot Entertainment is ready to go on PlayStation 5. If you’re new to the series, know that you’ll be taking control of a hero as you use your resources to prepare and install a variety of traps to help you destroy all of the nasty orcs that are trying to make their way to the energy source at the end of the path in each of the many levels you’ll take on. The game takes place more than 20 years after the story for Orcs Must Die! 2, which is why new young apprentices are being trained.

The game can be played while taking on the Story Campaign, which has set stages and story beats to experience, or you can go into Endless Mode. As the name suggests, for Endless Mode, you’ll be taking on an endless supply of enemy waves as you try to survive for as long as possible. The further you endure, the more powerful your enemies will get in subsequent waves! There’s also Scramble Mode, in which you’ll take on five tiers of increasing difficulty as your score accumulates for the Scramble Leaderboard. Beat a tier, and you’ll get to select your buffs as you carry on to the next one. The Endless Mode is unlocked by completing the first two story missions, while Scramble Mode is unlocked after you complete level 12 in the main Old Friends campaign. You can also check out the Weekly Challenge, which presents a specific challenge each week with a set warmage, loadout, and upgrades to test your skills. 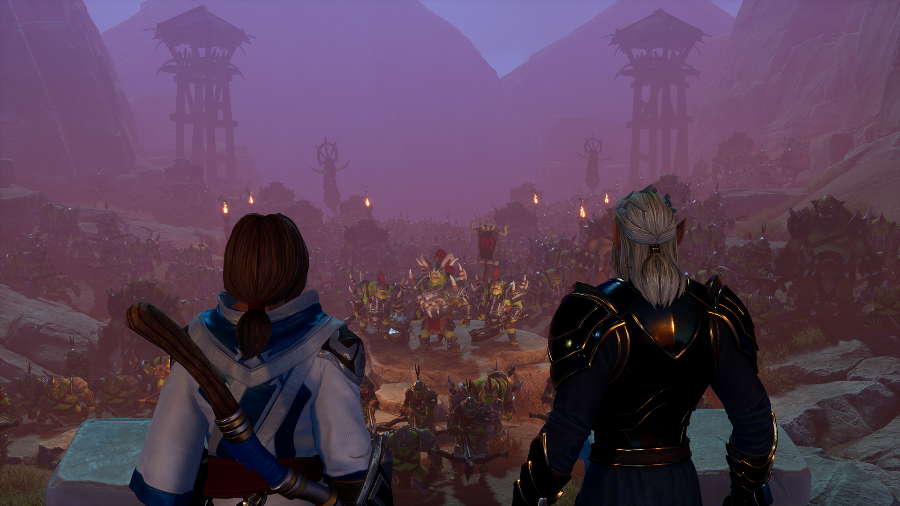 Once you decide to play the Story Campaign, you’ll be able to select between two difficulty settings: Apprentice and War Mage. Apprentice will have slower, weaker enemies to battle, and you’ll have as much time as you need to prepare between waves. War Mage is the standard difficulty setting, thus offering an experience balanced for players of all skill levels. You will also unlock a Rift Lord difficulty once you progress further in the game. The Rift Lord difficulty will have stronger enemies, you’ll have less time between waves, orcs will carry shields, and rift points will be cut in half! Two heroes are available for you. There’s Kelsey, who has a blunderbuss for a weapon and can levitate. You can also select Egan, who wields a magic longbow and has a ground slam special ability.

You’ll control your character from a third-person perspective, moving with the left analog stick and aiming with the right one. You can spring by pressing in on the left analog stick and zoom by pressing in on the right one. Press the X button to jump. Something you should always keep in mind is that your heroes have secondary movement abilities, which are triggered by pressing the jump button twice. Weapons also have secondary abilities that use mana to be activated. The R2 button is for your primary fire, and the L2 button is for your secondary fire. The L1 and R1 buttons are for selecting between your loadout options.

Currency must be spent to place traps on each level. You can place a trap with the R2 button and can rotate it as needed with the Triangle button. You need to do this to help defeat the many enemies in each wave so that you can protect the rift. With every enemy that makes it to the rift, the rift points will be lowered. If they reach zero, then you lose! You can protect the area by selecting your loadout and mixing and matching your options between traps and weapons to be able to defeat all enemies and emerge victorious. 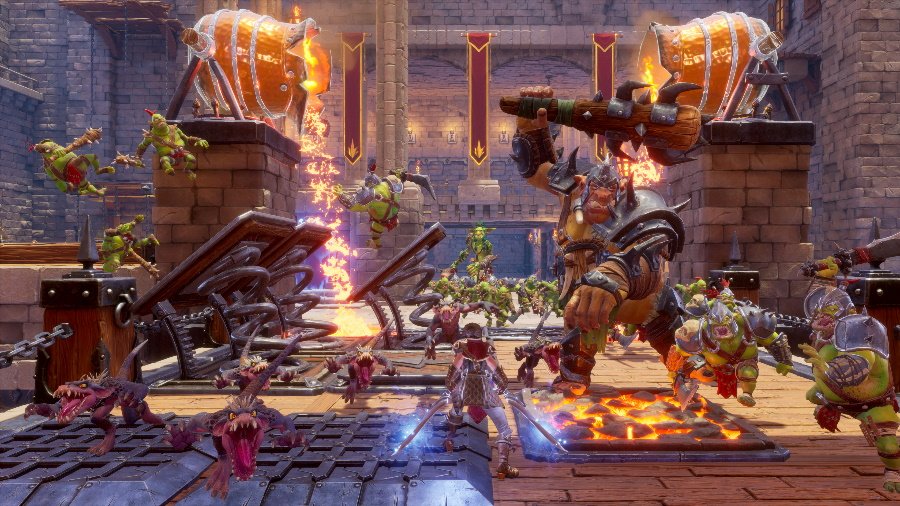 There’s a minimap in the upper right corner of the screen that will give you a good look at the area you’re trying to defend. Pay attention to the icons on the minimap so that you know what you need to do. Red dots are for enemies, while a red star will indicate you’re going up against a boss. Doors are color-coded. Some will act as a portal to help you quickly move from one spot to the other. Some will be locked. Others will spew out enemies. Pay attention to the doors from which enemies are attacking so that you can quickly react and defend.

On that note, you should always keep in mind that you can use barricades to block specific paths so that you can change an enemy’s route as they move closer to the rift. This is extremely useful since it allows you to funnel enemies down specific paths, which means you can prepare for this and set up additional traps or use your weapon to deal additional damage as they move closer. Placing a barricade here and there will prove to be a key element for your victory!

Enemies can be affected by a variety of status effects that can tilt battles in your favor. These include, for example, having an enemy be affected by magic, it will receive additional elemental damage. A bleeding enemy will receive physical damage over time. An enemy that is burning will receive fire damage over time. A charmed enemy will fight for you, attacking surrounding enemies. If your opponent is distracted, it will move away from the rift. An electrified opponent will deal damage around it upon death. A frozen enemy will stop moving, and it will take additional physical and ice damage. 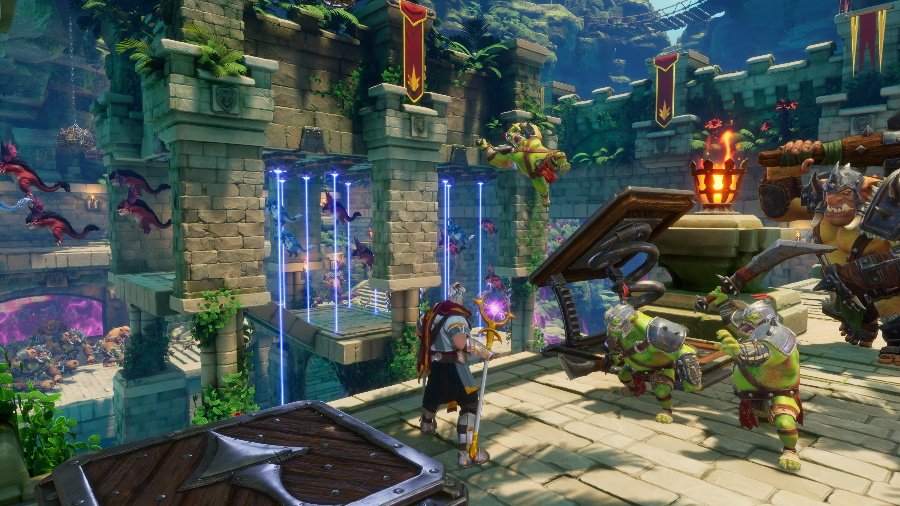 You will also receive skill points based on your performance, which can be used to purchase gear and upgrades that will improve the performance of the many items at your disposal. These are represented by skulls. Each level has five skulls for you to earn, as well as some bonus skulls for bonus objectives. If no enemy makes it to the rift, then you’re guaranteed to get four skulls. Complete the level within the time limit, and you’ll get another skull. Maybe you’d like to buy some pieces of brimstone floor to place them along the path that enemies will take so that they receive fire damage as they step on them, which will also have said enemies receive additional fire damage over time.

And now, let’s talk about the trophies. The base game for Orcs Must Die! 3 has a full trophy list with a Platinum trophy for you to work on. The list includes 10 Bronze trophies, 9 Silver trophies, and 6 Gold trophies. As for the objectives to complete, they include defeating 10,000 enemies, earning 100,000 coins, unlocking all upgrades for a single trap, upgrading a piece of gear, completing each of the campaigns in the Story Campaign, and surviving for 25 waves in a single Endless match.

On top of that, you can also purchase two additional Story Campaign: Cold as Eyes and Tipping the Scales. The first one adds an extra 3 Bronze trophies, 2 Silver trophies, and one Gold trophy. The second DLC adds the same amount of trophies in the exact same distribution. For the first set, you have to complete all of Cold as Eyes, defeat 250 and 1,000 cyclopes, purchase all three pieces of the Cold as Eyes gear, get five skulls in a Cold as Eyes Endless scenario, and get 5 skulls in all scenarios while playing in Rift Lord difficulty. The list for Tipping the Scales is very similar, just switching cyclopes for tuatara. Think you can 100% both DLC campaigns? 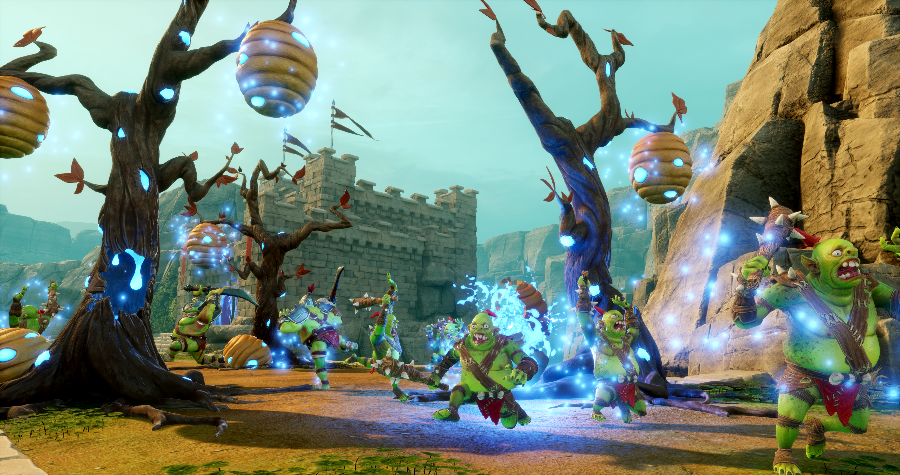 Now, let’s talk about the bad news for trophy hunters. While the game is Cross-Buy, and you can play the PlayStation 4 version of the game with no issues, there are some serious problems with the trophies on the PlayStation 5 version. The PS5 native version of the game launched over two months ago, and since Day 1 the trophies on PlayStation 5 don’t work. You can defeat 1,000 enemies and not a single of the enemy related trophies will pop. Purchasing a bunch of gear and upgrading a trap in full won’t trigger either of the related trophies as well. While Robot Entertainment has said they’re aware of these issues, no patch has been issued for the PlayStation 5 version. 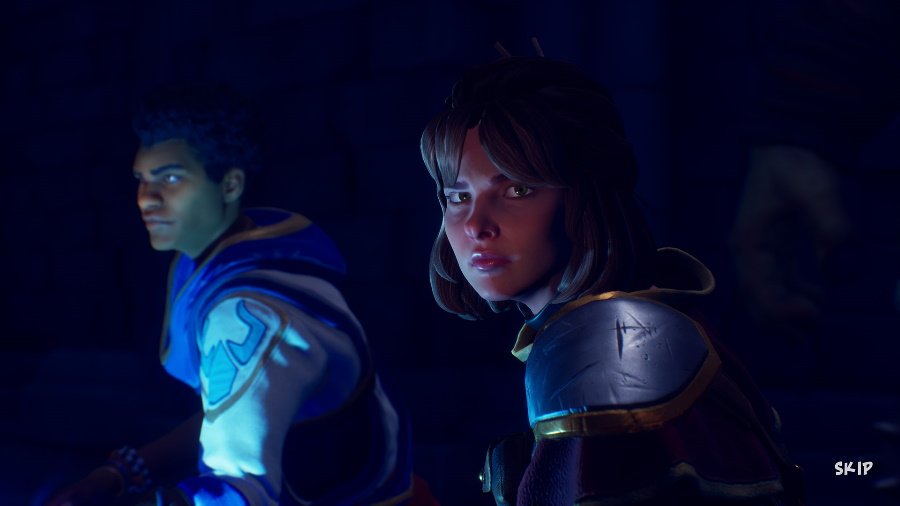 If you’re looking for a game that mixes tower defense with action sequences as you take control of a hero that can use its mighty equipment to destroy the evil orc forces… well, then this is the title for you! Orcs Must Die! 3 is available as a Cross-Buy title, so your purchase will get you both the PlayStation 4 and the PlayStation 5 versions for its $29.99 asking price. The Cold as Eyes DLC Campaign and the Tipping the Scales DLC Campaign are available separately, and each is available for a $7.99 price. You could also decide to go all-in and purchase the Orcs Must Die! 3 Bundle, which includes the base game and both DLC Campaigns for $39.99, saving you $5 in the process. If you’re a trophy hunter, do remember that the trophies for the PS5 version are buggy and won’t unlock until a patch fixes things.

Disclaimer
This Orcs Must Die 3 review is based on a PlayStation 5 copy provided by Robot Entertainment. 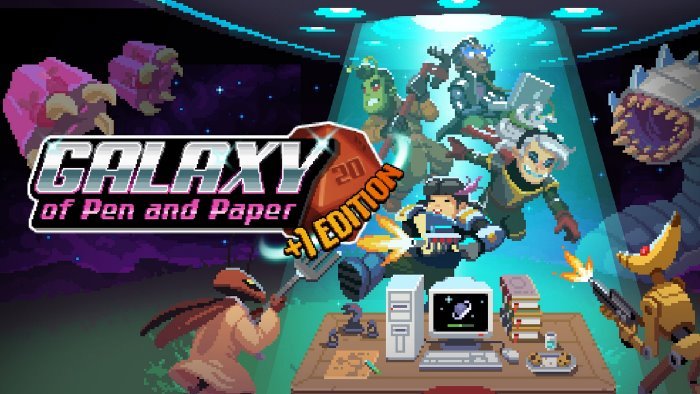