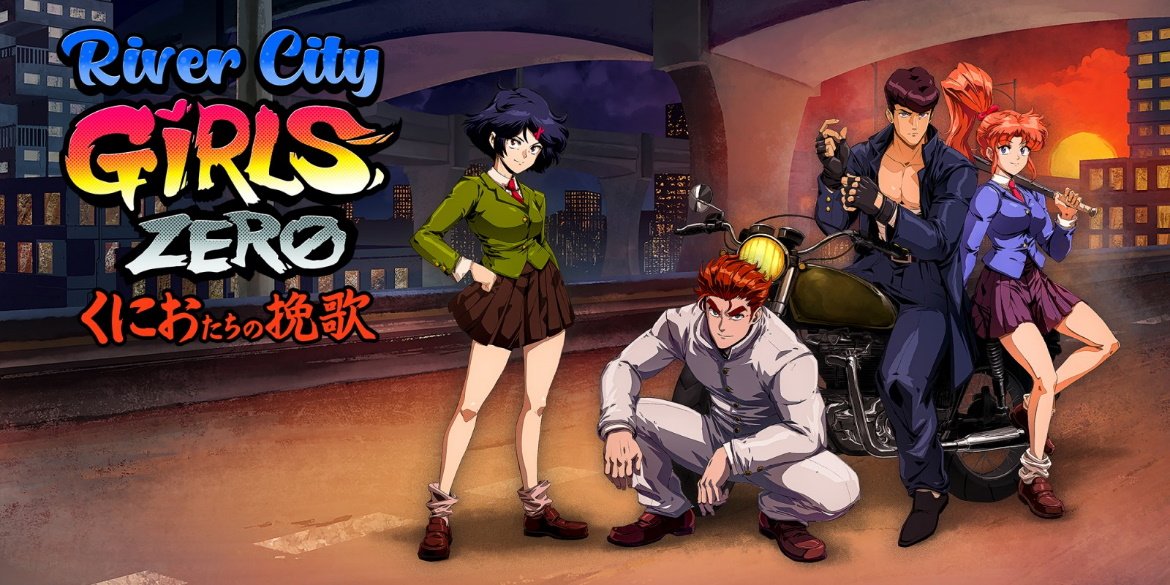 Are you ready to take on River City Girls Zero from WayForward, Arc System Works, and Limited Run Games? River City Girls Zero is a revamped port of Shin Nekketsu Kouha: Kunio-tachi no Banka, a game in the Kunio-kun series of games that we know over here as the River City series. The game was originally released for the Super Famicom – the Japanese equivalent for the Super Nintendo Entertainment System – and remained as a Japan-only release until the Nintendo Switch launch of River City Girls Zero earlier this year. Given the larger character sprites and the overall feel of the combat, this one is closer to, say, the Double Dragon series than most of the other Kunio-kun games… which is not a bad thing! 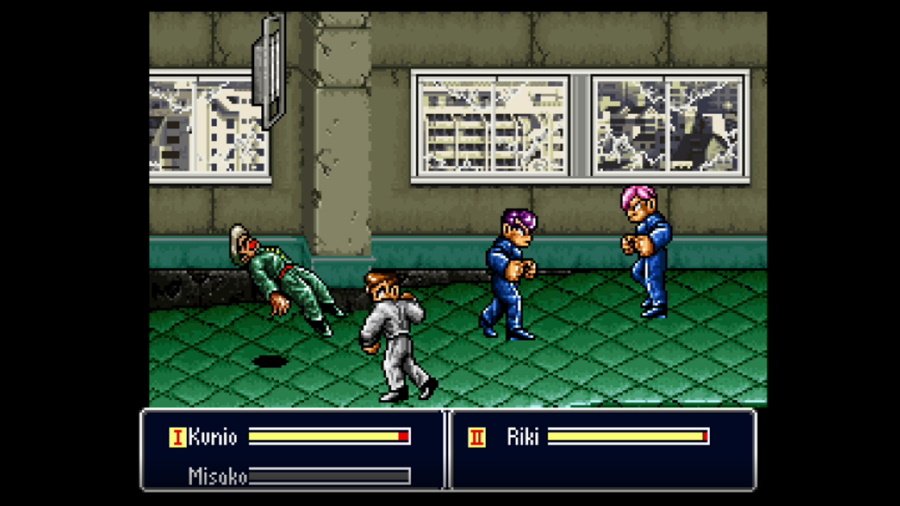 You’ll be introduced to River City Girls Zero by Misako and Kyoko, who – in a 4th wall-breaking experience – find an old cartridge for the game, so they decide to play it! The intro is presented in a manga style with full voice acting. Along with an English localization for the game, there are also language options for Spanish, French, German, Italian, and the original Japanese. The game’s graphics and soundtrack remain the same as what you would have played back in 1994, but along with the manga-style intro and the voice acting, you also get an animated intro and new music from Megan McDuffe and DEMONDICE. You also get some bonuses, with a 3D model for the game’s cartridge and box, as well as a digital version of the original manual!

Since River City Girls is very much a thing – thanks to an awesome game and a highly anticipated sequel on its way – when it came time to revisit the Kunio-kun series, porting Shin Nekketsu K?ha: Kunio-tachi no Banka started to make more sense since it features Misako and Kyoko fighting alongside Kunio and Riki – that is, once you unlock them by progressing through the game! You can switch around between all four characters, and since they will each have their own hit points bar, you’ll need to make the most of this if you want to survive through each stage. 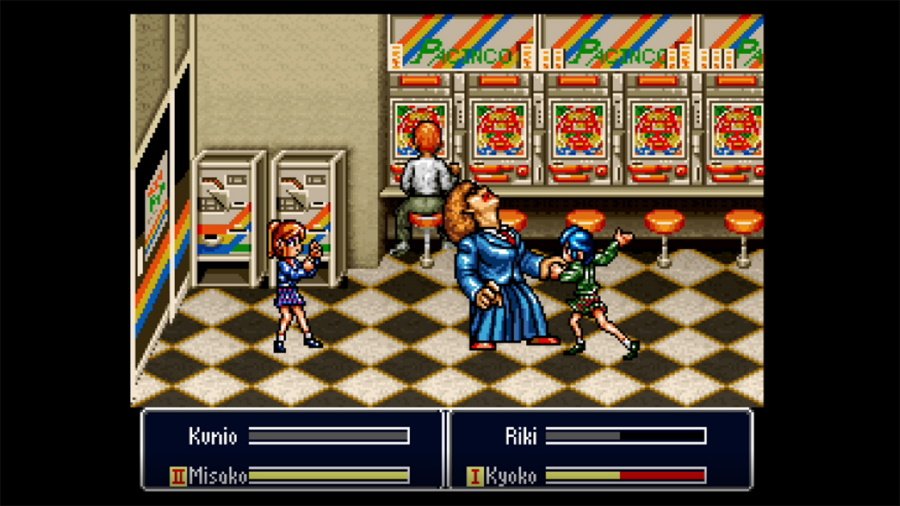 As for the story for River City Girls Zero, it goes a little something like this. After a hit and run, Kunio and Riki are framed for the crime and are sent to a juvenile correction facility. As expected, the other people already inside of the cell that Kunio and Riki are sent into won’t be having any of that and want to destroy them. Once you manage to show them who’s the real boss, the pair will be visited by their friend Hiroshi, who says that a lot of weird stuff is going on at school right now… including someone seeing Kunio at school, which is impossible! It’s up to you to find out who framed Kunio and Riki and defeat anyone foolish enough to stand in your way.

You’ll control each character with the left analog stick or the D-Pad, jumping with the X button, kicking with the Circle button, and punching with the Square button. If you press the Circle button while jumping, you can unleash a jump kick. The Triangle button can be used for a back attack, which is very useful for when an enemy is trying to get too close for comfort. Pressing the L1 and R1 buttons will allow you to guard against incoming attacks. Each of the four characters will have two special attacks, which you can use by pressing the L1 or R1 button and the Square or Circle button. And to change between characters, just press the L2 button! For levels on which you’ll be riding down the freeway on your bike, you will accelerate with the X button, break with the Square button, and kick left and right with the L1 and R1 button. 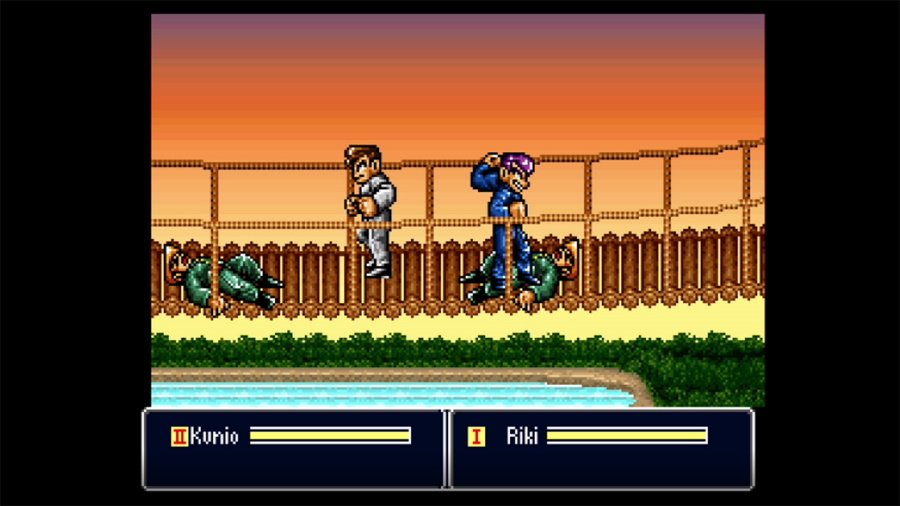 As for the trophies, there are lots of great news for trophy hunters! River City Girls Zero features a full trophy list with a Platinum trophy, with 8 Bronze trophies, a lonely Silver trophy, and 10 Gold trophies to unlock. The first good news is that this is a Cross-Buy title, and since the PlayStation 4 and the PlayStation 5 versions of the game feature separate trophy lists, you can get yourself two Platinums if you own a PlayStation 5 console. And the best news of all? There are no missable trophies! As long as you play the game until the credits roll, you’ll get all trophies along the way as you complete each level, defeat each boss, and have Misako and Kyoko join your group. 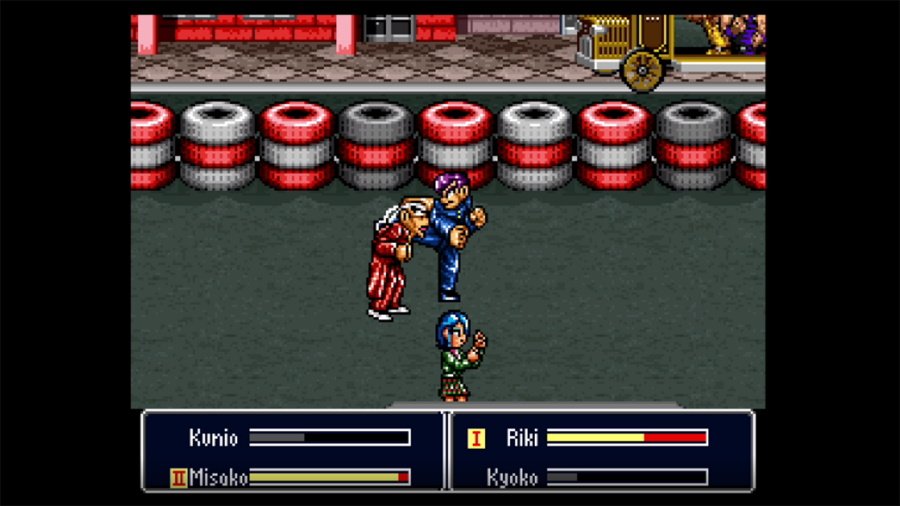 If you’re a fan of old-school style beat ‘em ups from the SNES era, then you’re going to enjoy River City Girls Zero. If you’re a fan of the River City series – and of River City Girls – then this is an easy one to recommend on PlayStation. It’s a game you can complete in around 3 hours, playing either on your own or in local co-op. The game is out tomorrow as a Cross-Buy title, so your $14.99 purchase will give you access to both the PlayStation 4 and the PlayStation 5 versions of the game at no extra cost.

Disclaimer
This River City Girls Zero review is based on a PlayStation 5 copy provided by WayForward.

Old-school beat 'em up revamped for a new era 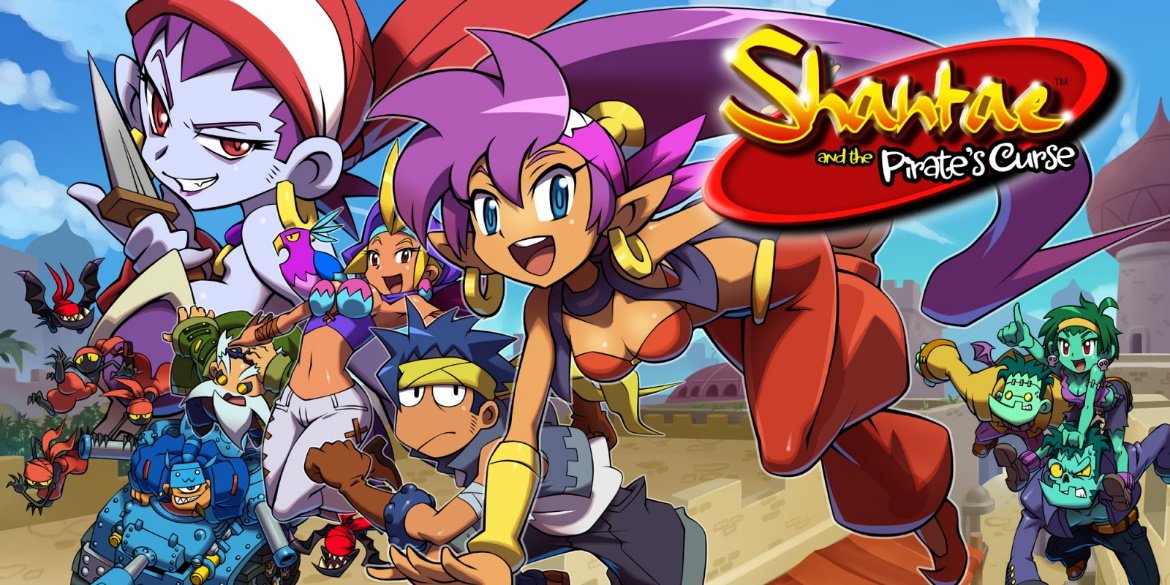