Beyond PlayStationGame ReviewsMade in Abyss: Binary Star Falling into Darkness
No Comments 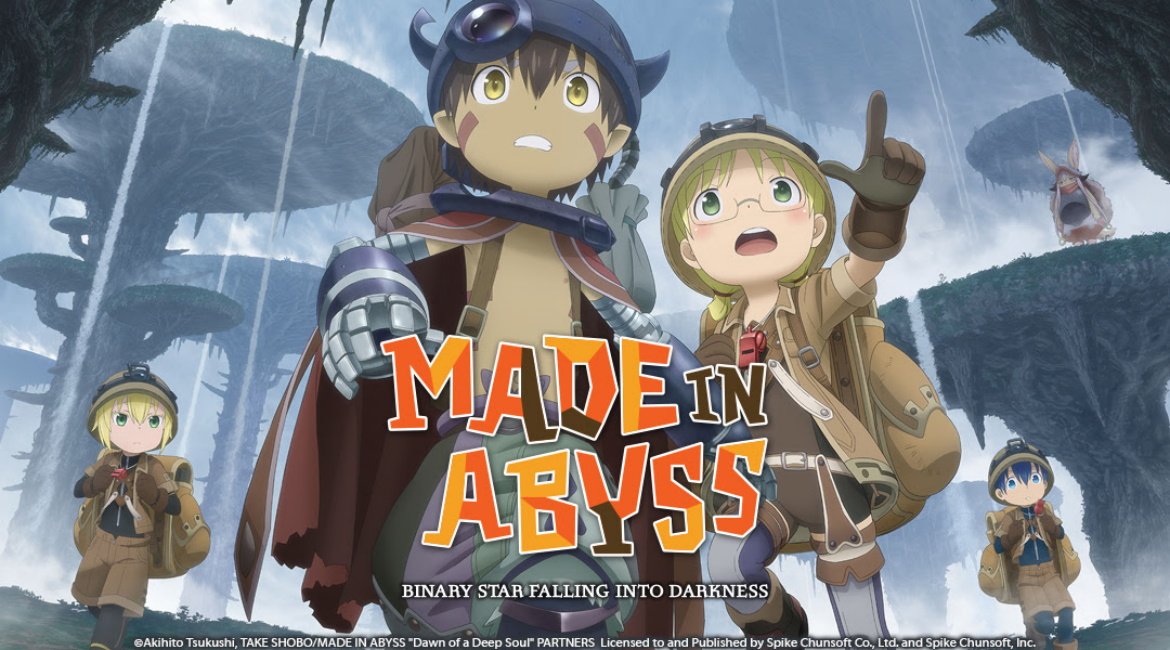 Made in Abyss: Binary Star Falling into Darkness from Spike Chunsoft is an action RPG that recreates the world of Abyss in 3D. You’ll have to venture into the titular Abyss in your quest to find fortune and fame as a Cave Raider in this Rated M for Mature experience. The game is based on the fantasy manga that was first published back in 2012, followed up by an anime in 2017 and a compilation movie in 2019. As for this game, it features voice acting in English, which certainly surprised me since, most of the time, we get Japanese audio with English subtitles. But if you want to play with the original Japanese audio, you also have that option.

Made in Abyss: Binary Star Falling into Darkness is split into two game modes Hello Abyss and Deep in Abyss. Hello Abyss will have you taking on the story of Riko and Reg as they go on an adventure in the Abyss, reliving the events from the anime. Your story will begin with the encounter of Riko and Reg during the first episode of season one. Hello Abyss is not only how the game will introduce you to the world of this series, it’s also how Made in Abyss is going to give you all of the basics by way of an extended tutorial. Because of this, you won’t be able to play Deep in Abyss until you complete Hello Abyss.

You’ll control your character with the left analog stick, moving the camera around with the right one. You can jump with the B button, crouch with the A button, and dash/dodge with the L button. To dodge, quickly double tap the L button. If it’s too dark for you to see, you can press in on the right analog stick to use your lantern. When you want to collect something, just press the Y button. The Y button can also be used to climb down some walls, while the B button can be used to jump down. Just be careful and don’t fall from too high, or you’ll be doomed! Increasing your climbing ability is certainly recommended, but you’ll also have to upgrade other skills to be able to keep up with what the game throws at you. 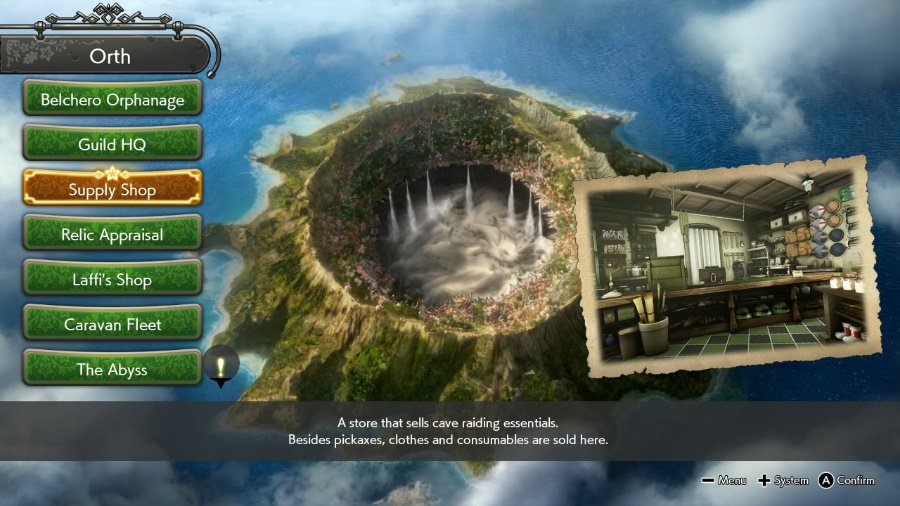 Press the R button to check the item to be used, which you can select with the right analog stick. Some items can be used to your advantage, be them attack items (mapped to the ZR button) or other types of items (mapped to the X button). Speaking of which, since you’ll have to fight some primeval creatures that call the Abyss their home, you will need to take a battle stance with the ZL button to lock onto an enemy and then press the ZR button to attack an enemy. Once the battle is over, you can press right on the D-Pad to put your weapon away. You’ll need to consider your character’s stamina for things such as dashing or attacking, along with performing other actions. Your pickaxe will be slow to swing, but it will deal considerable damage when you manage to land a hit.

Harvesting resources is a must, so you should definitely harvest plants and fruits, as well as stones, crystals, and any other items you can find during your time in the Abyss. Excavating precious minerals is part of your job since the Abyss is packed with precious stones. You can also find ancient Relics as you explore, which you can bring back to town. You do need to keep in mind that every item you take with you will have a weight to it, and you have a weight limit for how much you can carry. The enemies you defeat can also be harvested so that you can gain some of their meat or bones as resources. You’ll need to work on this fast because if you leave a defeated enemy behind, it will end up disappearing after a bit.

Eating is also important since your character will have a fullness meter that you’ll need to keep an eye on so that you can use food as needed to remain healthy and full of energy. Food can also restore some of your character’s lost hit points after being damaged, which is why you should always have some food on you. Just equip a food item to the item wheel that you can open up by pressing the R button, select it with the right analog stick, and then eat it with the X button!

During a trip into the Abyss, a Cave Raider will experience intense afflictions to its body because of the Curse of the Abyss. These are known as Strains. The deeper a Cave Raider goes, the more intense the Strains will be. While ascending from the first layer of the Abyss, a Cave Raider might experience mild dizziness and nausea. Going back from the second layer adds headaches and numbness of the extremities. From the third layer, a Cave Rider will start to lose their sense of balance while also having visual and auditory hallucinations. 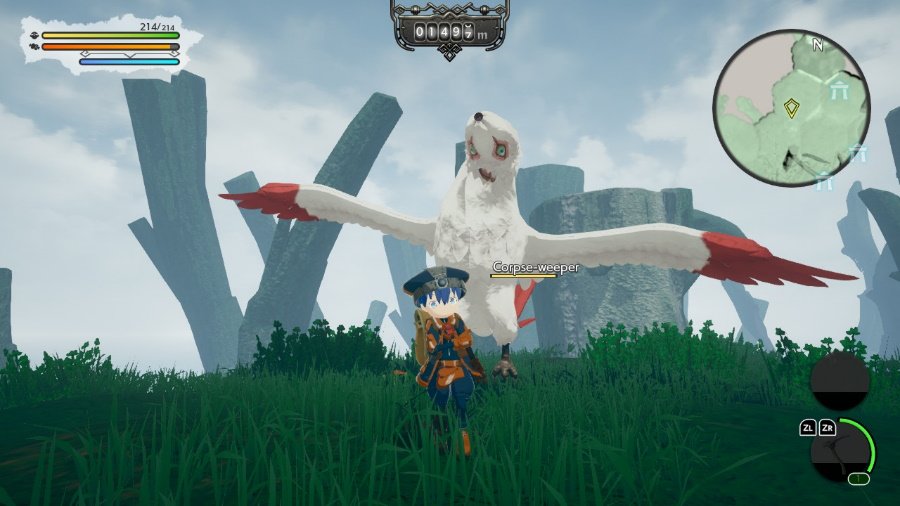 From the fourth layer is when things really get bad, since a Cave Raider will experience pain throughout the body… as well as bleeding from every orifice. Yes, you read that right, bleeding from every orifice! If you manage to reach the fifth layer, then the Curse of the Abyss will add loss of all senses, which will result in confusion and self-harm. Returning from the sixth layer means the loss of your humanity or even death. And the seventh layer? Don’t even worry about it, because you’ll certainly die from all the Strains. No wonder Cave Raiders that venture too deep into the Abyss never make it back!

Once you unlock Deep in Abyss, things will really heat up. While Hello Abyss dialed back a few things, Deep in Abyss won’t hold any of its punches. On top of staying alive and making sure you don’t fall to certain death, you’ll have to take into consideration tool durability, what items you should bring with you to help you explore deeper and deeper, as well as crafting items so that you can manage to complete the many quests you can take on for each layer that you explore as you very own Cave Raider.

Deep in Abyss will feature some of the characters from the Made in Abyss, but it will allow you to focus on a new story that takes place many days after Riko and Reg have traveled into the Abyss. Your character will join three other students who are preparing to explore the Abyss as Red Whistles. The other students are Raul, Tiare, and Dorothea. After a few months of training, your new adventure begins, and you’ll dive into the Abyss to try and make a name for yourself and climb up the ranks.

As a heads-up, I suggest that you dive into the Abyss with at least two weapons in your inventory. Why? Because a weapon will lose some of its durability with each use, and if your weapon breaks while exploring, you’ll be in big trouble if you don’t have a backup! Just switch to your second weapon before the first one runs out of durability, or else it will be completely destroyed and gone for good. If, on the other hand, you bring back to town that low durability weapon, it will be restored to its former glory, ready for another run into the Abyss. 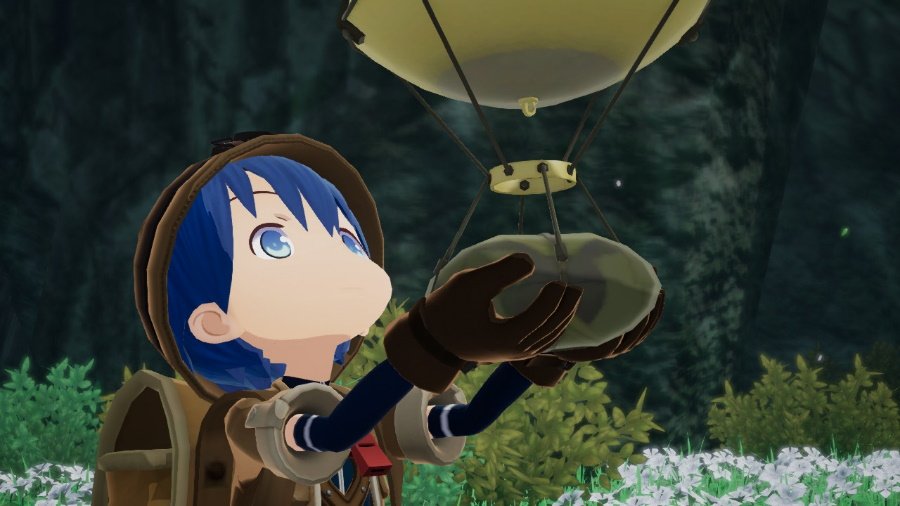 Crafting is an important part of the Made in Abyss: Binary Star Falling into Darkness gameplay cycle. By using the resources you’ve found, you’ll be able to craft consumable items, food, or weapons to aid you. These are made from specific recipes for meals such as cooked insects, fish flake onigiri, demonfish miso soup, smoked fish, or a bird meat pot. Some examples of items to craft include a self-made roe from a rhombus torn plant that can be attached to trees or pitons or a small hot air mail balloon that Cave Raiders can use to deliver information, thus saving your cave-raiding progress in the Abyss. And while a pickaxe is great for dealing some heavy damage and collecting minerals, you might want to collect enough materials to make a hatchet that can be swung at a faster pace.

Made in Abyss: Binary Star Falling into Darkness is a game that fans of the Made in Abyss manga and anime are going to enjoy since it offers a video game take on the series while also featuring a brand-new story in its Deep in Abyss Mode. Do know that you’ll first have to complete the Hello Abyss Mode to learn more about the Made in Abyss universe and about the basics for the game – something that should take you around 3-4 hours at most. The game’s colorful presentation might make you think this one is for everyone, but it’s actually Rated M for Mature! 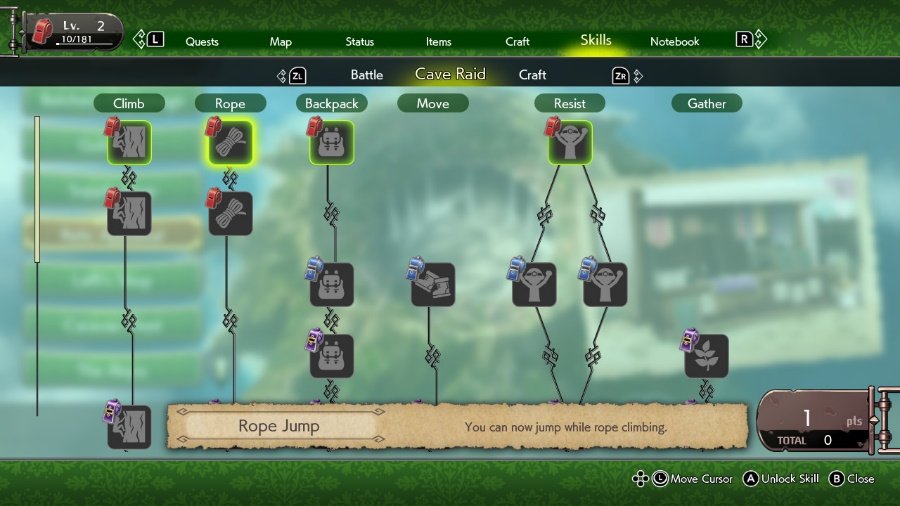 As for the game’s performance, it does seem to push the console hard, consuming a ton of its battery charge when playing in Portable or Tabletop Mode. There’s plenty of pop-in when playing the game on the go or in Docked Mode, and there are some dips in the framerate during some of the more hectic sequences. The team has mentioned that its working on a patch to improve the game’s performance. Something you should also be aware of is how your character will put away its weapon when it climbs up or down or after making a small jump down from a platform, so if you run into an enemy, you’ll have to quickly pull out your weapon from the item wheel, or else your opponents will get some free hits! Made in Abyss: Binary Star Falling into Darkness is out on Nintendo Switch with a $59.99 asking price.

Disclaimer
This Made in Abyss: Binary Star Falling into Darkness review is based on a Nintendo Switch copy provided by Spike Chunsoft.