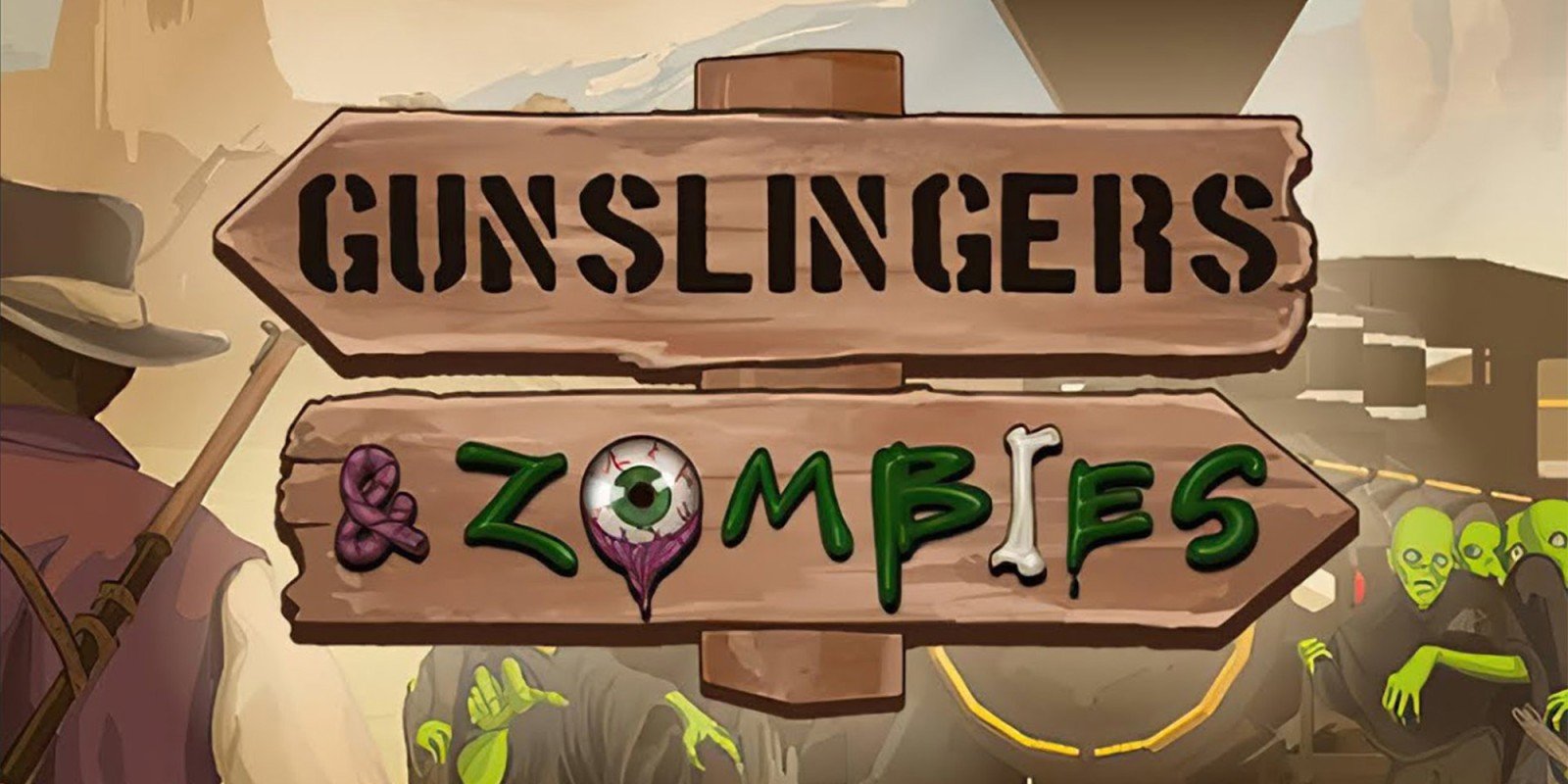 Ultimate Games, Live Motion Games, and Gaming Factory have brought Gunslingers and Zombies to the Nintendo Switch. This one offers a voxel strategy game in which the Wild West and the undead combine as you take on the role of the gunslingers who are trying to stop the zombie apocalypse. Use the different weapons of your units – pistols, shotguns, knives, and more – to take on zombies of different shapes and sizes. You’ll get a short intro for each stage by way of some comic book-style still images, and then you’re off to shoot at anything that moves. 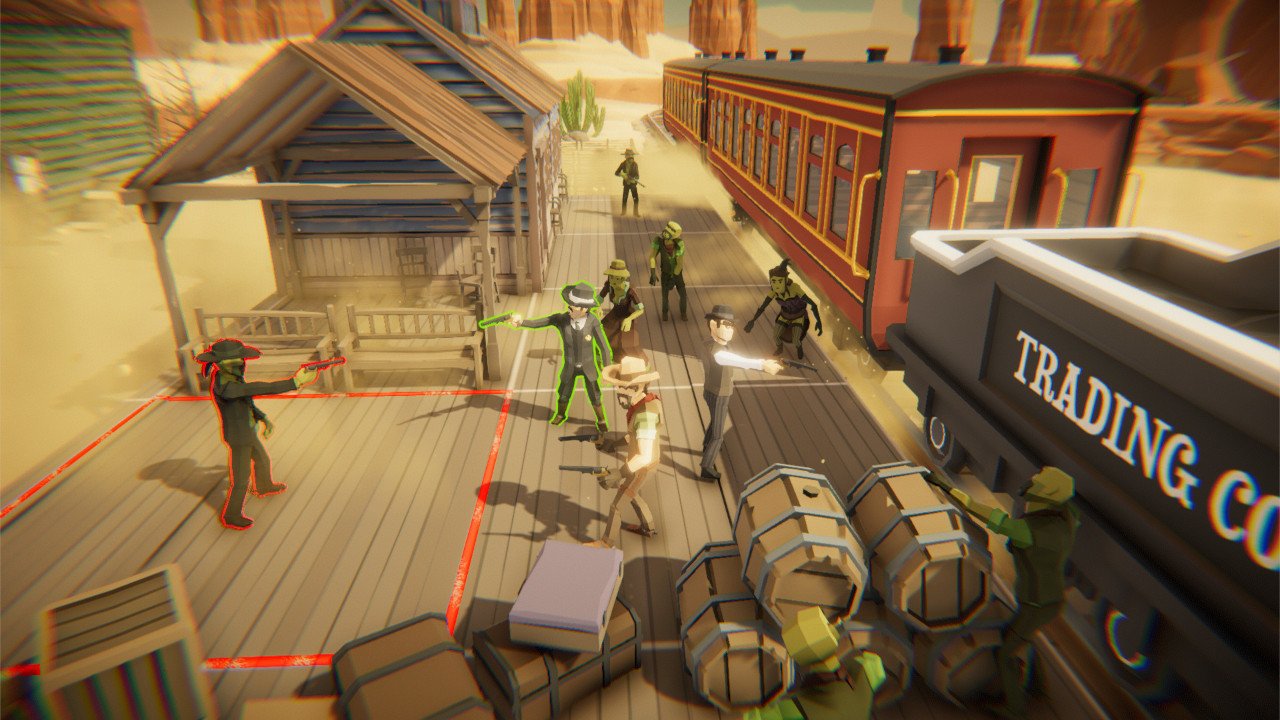 The first step on this journey will be to play the game’s tutorial so that you can learn all of the basics. You’ll move a cursor over the playing field with the left analog stick, rotating your view with the right one and zooming in and out as needed with the ZL and ZR buttons. Hover on top of one of your units and press the A button to take control. When you hover on top of a unit, you’ll get to see its name and type, as well as a red bar with its health points and a blue bar with its action points. Action points are used for pretty much any action that a unit takes. If a unit receives damage, you can resort to using a bandage to partially heal its wounds by spending an action point. You can also collect quest items and place them in your bag – which has limited storage space.

By spending your action points to move through each area – either in short bursts or as far as your turn allows you to walk to – you’ll remove the always classic fog of war over the playing area, revealing any zombies within your vicinity. By hovering over them, you can review their stats, just like you can for your units. You won’t be seeing any action points on zombies but will instead notice a chance to hit stat, which will let you know if a zombie has spotted you and what the odds are for it to land an attack. 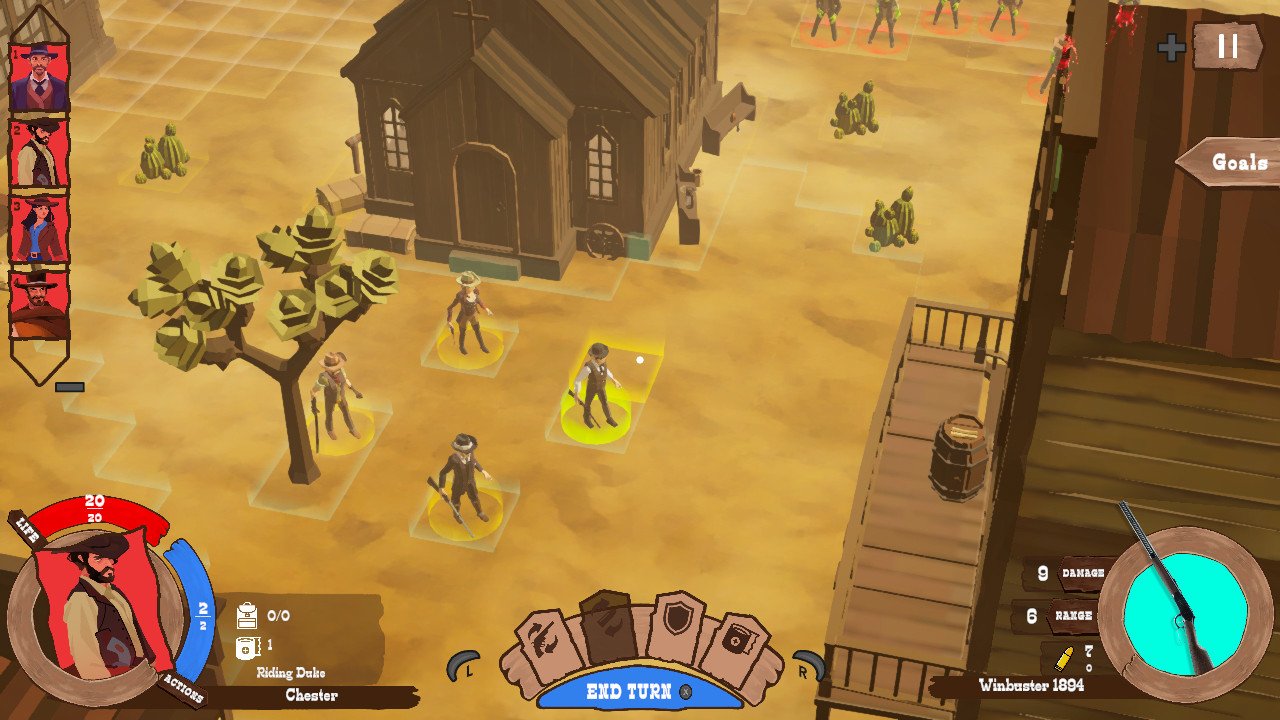 When attacking, you need to pay attention to the shield that will pop up on top of an enemy. If it’s yellow, that means that you’re attacking from ahead and will deal normal damage. If it’s orange, you can deal an attack from the side, which will deal more damage. But if you manage to outflank an opponent and position your unit behind it, you will see a red shield. What this means is that you’re about to unleash a very powerful attack that will deal considerable damage to an opponent, so always try to aim for as many of those as possible to boost your odds of survival.

On the bottom right corner of the screen, you will get to see a panel displaying your current weapon. It will let you know its name, base damage, range, and ammo in the magazine and in your inventory. Since this one is called Gunslingers and Zombies, these are old-school-inspired weapons, so you’ll certainly have to reload them as you use them to keep them useful! If a zombie gets too close to one of your units, you might want to change your weapon so that you can use a knife to deal damage and save up your ammo for units that are further away from said unit. 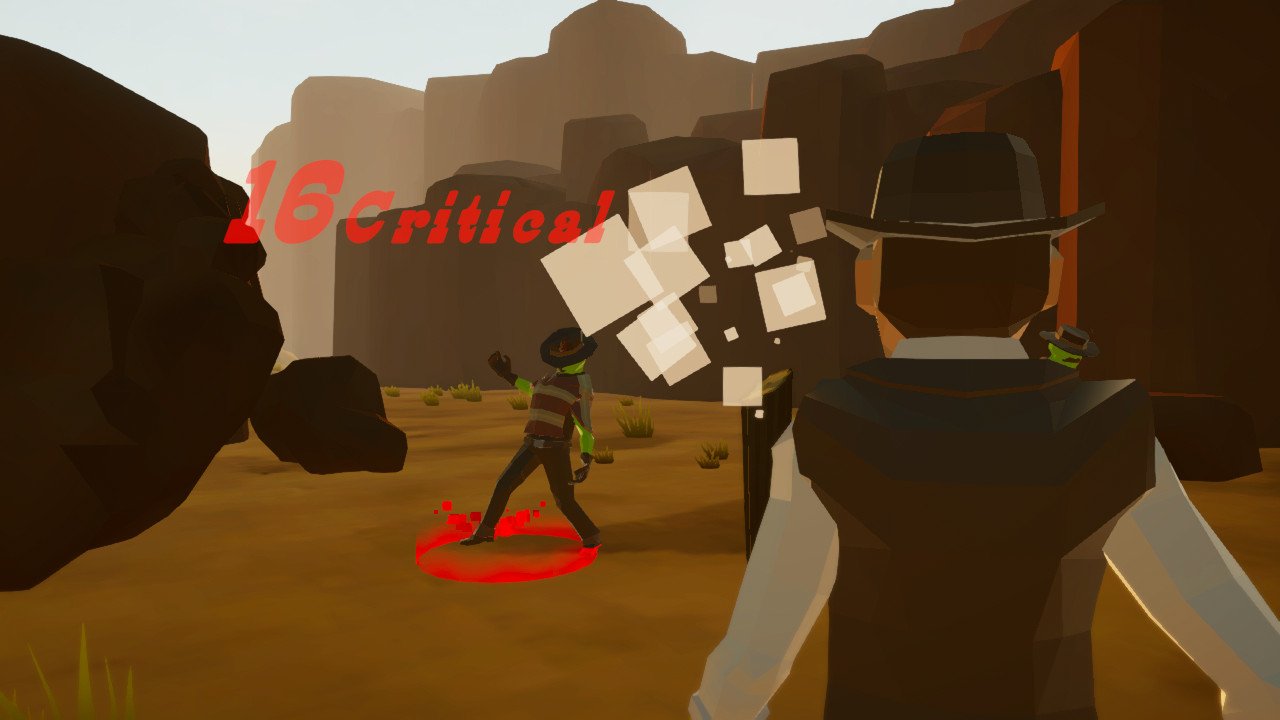 And sometimes, well, sometimes you’re better off standing your ground and defending against the zombies! Plan things just right, and your character will be able to attack an incoming zombie, hopefully defeating it before it can take a bite! There are different zombie types to worry about. On top of the regular zombies that will run towards your units and deal damage with melee attacks, there are other zombies, such as the Hunter, who can attack from a distance, making it a very dangerous opponent!

Each weapon will have different stats for you to consider, especially because your characters can have more than one weapon equipped, and, as mentioned before, some are more useful than others in specific situations. These stats are range, damage, accuracy, critical hit chance, ammo in the magazine, and overall ammo. A high accuracy stat for a weapon is certainly a plus, but what if its damage output is too low? Do you want to use a weapon that will always hit an enemy or one that can deal twice as much damage but might end up missing every other attack? 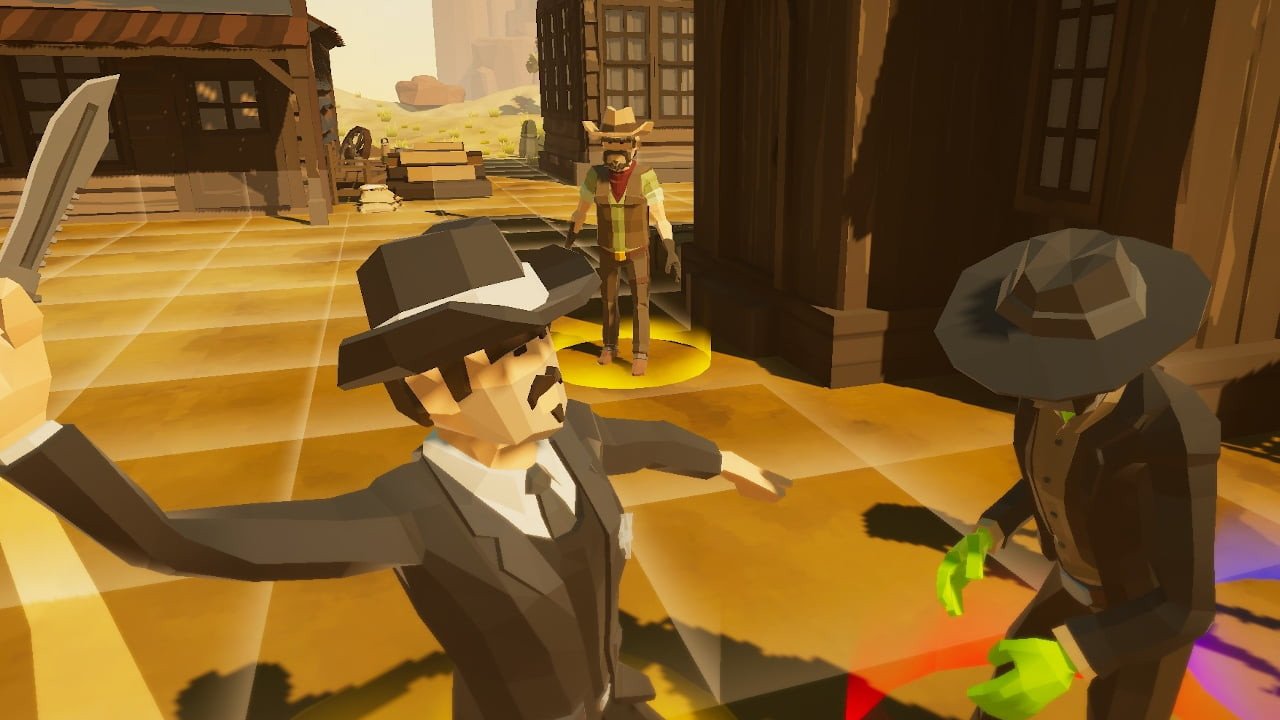 Gunslingers and Zombies is a fun grid-based voxel strategy game on Nintendo Switch. It does not set to reinvent the wheel, focusing on mashing together the zombies and cowboy tropes in a game that you can play at your own pace in one of the three difficulty settings on offer. Since this is a PC-to-console port, the game does suffer from text that is too tiny for its own good, and there’s no option to change its size. There’s some replay value for this one if you want to get a three-star rating for every stage since you’ll have to complete the objectives for the stage – say, defeating X number of enemies and Y number of spawners – while also surviving with Z number of units. Gunslingers and Zombies is out on Nintendo Switch at an $8.99 price.

Disclaimer
This Gunslingers and Zombies review is based on a Nintendo Switch copy provided by Ultimate Games.

The Last Oricru Out On PlayStation 5

Tales from the Borderlands Season Finale: The Vault of the Traveler PS3 Review... October 29, 2015 | Ceidz 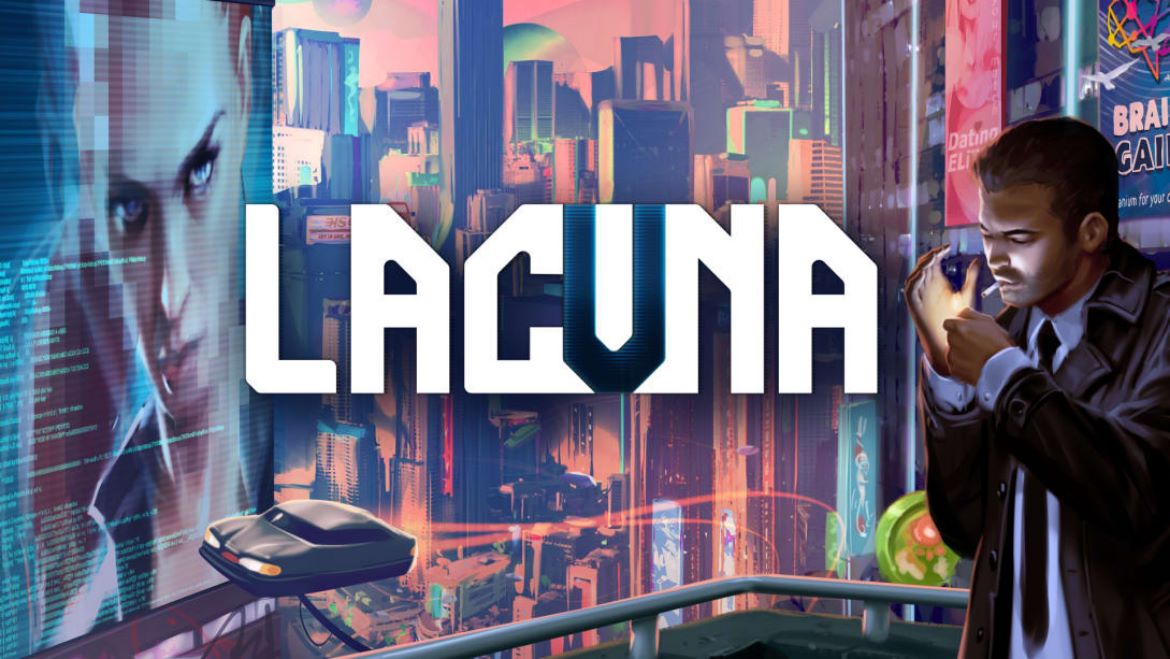