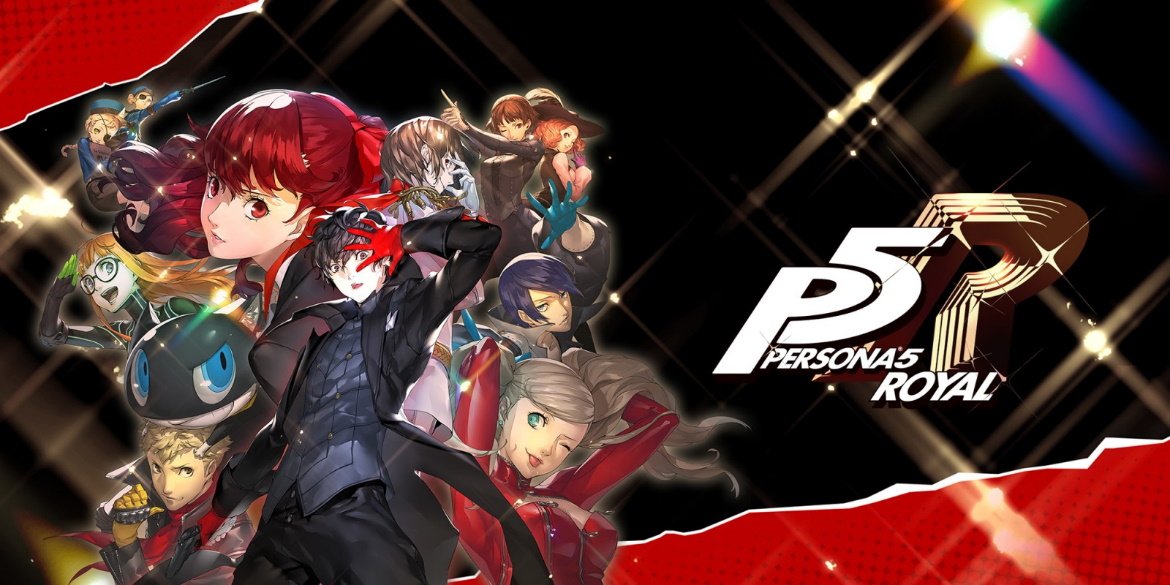 Persona 5 Royal from Atlus and Sega is finally out on PS5! Are you ready to help the Phantom Thieves through the Metaverse? Check our Persona 5 Royal review! 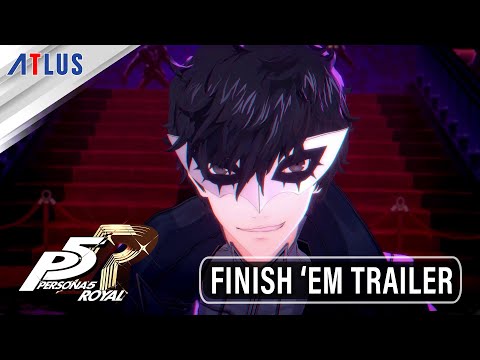 Persona 5 Royal oozes style, from its UI to the overall presentation, with stellar character design, writing, and solid voice acting for its great cast of characters. For this PlayStation 5 release, we’re getting the definitive version of the game. It now runs at 60 frames per second and supports a resolution of up to 4K, along with faster loading times thanks to the console’s SSD. On top of this, the PS5 version includes every single piece of DLC previously released for Persona 5 and Persona 5 Royal on PlayStation 4, which is a ton of extra value! That means your purchase will give you access to new costumes, costumes and music based on previous entries in the series, as well as new Personas! You’ll be receiving the following: 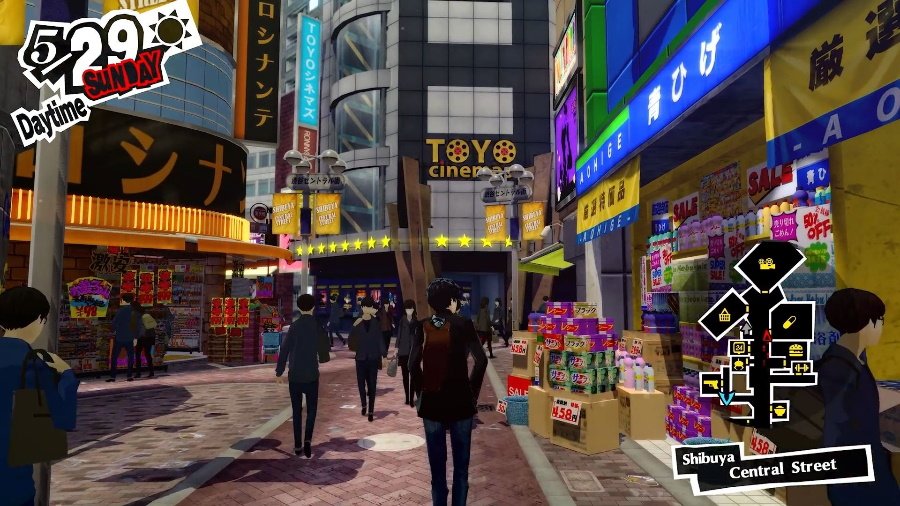 As for the story itself? One night when heading home, Joker listened to a woman screaming. A drunk man is harassing a woman, so she screamed for help. Realizing she might be in danger, Joker rushes in and pushes the man away from the woman. Once the police show up, the man has you arrested and says he’ll press charges and will sue you. After this, you’re transferred to a new school – Shujin Academy – as a last chance to sort things out on your end and get your life back together. You’re left under the care of one Sojiro Sakura, and will live at Café Leblanc in a room upstairs that is certainly not equipped for it. The story for Persona 5 Royal is told through in-game cutscenes, as well as with animated cutscenes from Production I.G and Domerica, and it features excellent performances from the diverse cast of voice actors.

You can play the game in one of five difficulty settings: Safe, Easy, Normal, Hard, and Merciless. Safe will allow you to enjoy the story for Persona 5 Royal since if you fall in battle, you’ll be able to retry as many times as you need. Easy is one step above Safe, offering a casual experience that starts to offer a bit of a challenge. Normal is the standard difficulty option. Hard is for those of you that are seeking a more challenging experience in which every choice you make is crucial. And then we have Merciless which, as its name suggests, won’t hold back any punches, so you better be ready! If you choose Safe, then you won’t be able to change the difficulty at a later time. This is not the case for Easy, Normal, Hard, or Merciless. 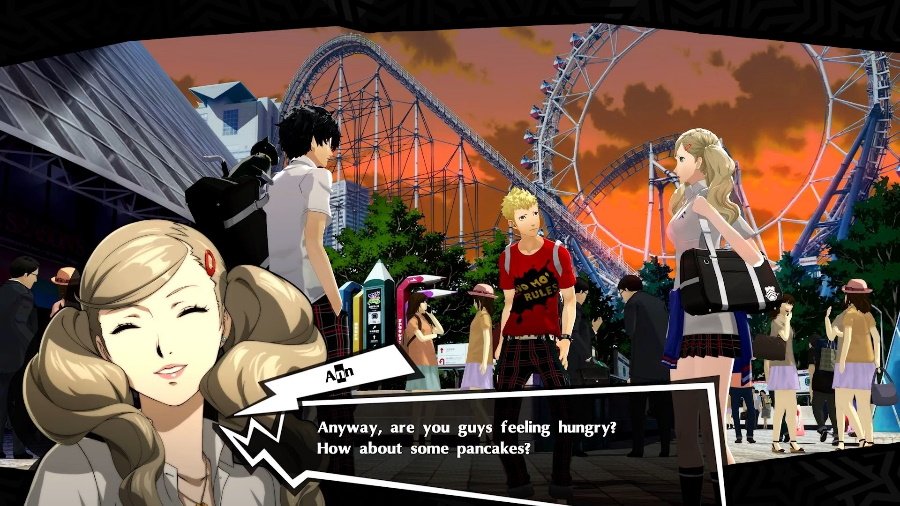 Combat is smooth and fun. You’ll get to select from five different actions during your turn in battle: attack, guard, gun, Persona, and item. Attack and guard are self-explanatory, since they’ll allow you to deal damage to opponents or lower the damage they can deal to you for that round. Gun will make your character aim its weapon to then fire with the X button, as long as you have some bullets left. Item is a useful one since you can use your inventory to, for example, usee a bead to fully restore an ally’s HP, or Snuff Soul to restore 50 SP to one ally.

And then, we have the Persona command. As I mentioned before, a Persona is a powerful entity linked to each of your characters, and are key for using mighty skills that can quickly turn the tide of battle. Take, for example, Arsène, Joker’s starting Persona. Arsène will give Joker access to Eiha, which will deal light curse to one opponent. It will later grant Joker other abilities such as Dream Needle, which deals light physical damage to an enemy, with a medium chance of inflicting sleep. 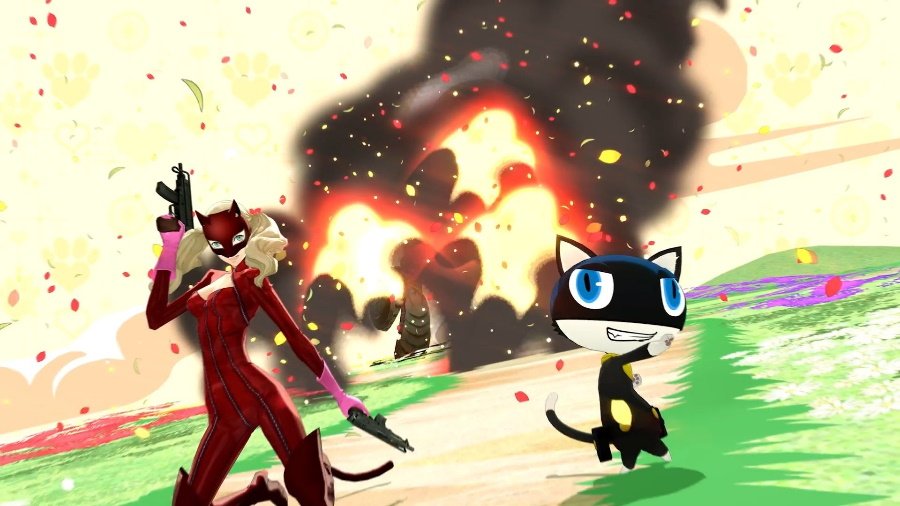 If you want to succeed in Persona 5 Royal, then you must use a Persona’s skills to strike at an enemy’s weakness. Why? Because doing this will not only deal some extra damage to an opponent, it will also knock it down, thus allowing you to strike again! The best thing about this is that if you then follow this up by attacking another enemy’s weakness, you’ll get an extra attack as well, thus knocking it down as well. You can continue to do this as long as you continue attacking enemy weaknesses, which can make for some crazy combos.

A big chunk of Persona 5 Royal will take place outside of dungeons – known as Palaces – and the battles you’ll experience there. Since you’re in school, you’re expected to take tests, socialize with other students (especially with those that are part of the Phantom Thieves), and partake in a variety of activities… and this is when Persona 5 Royal goes into overdrive and goes from being a great game to becoming an excellent adventure. 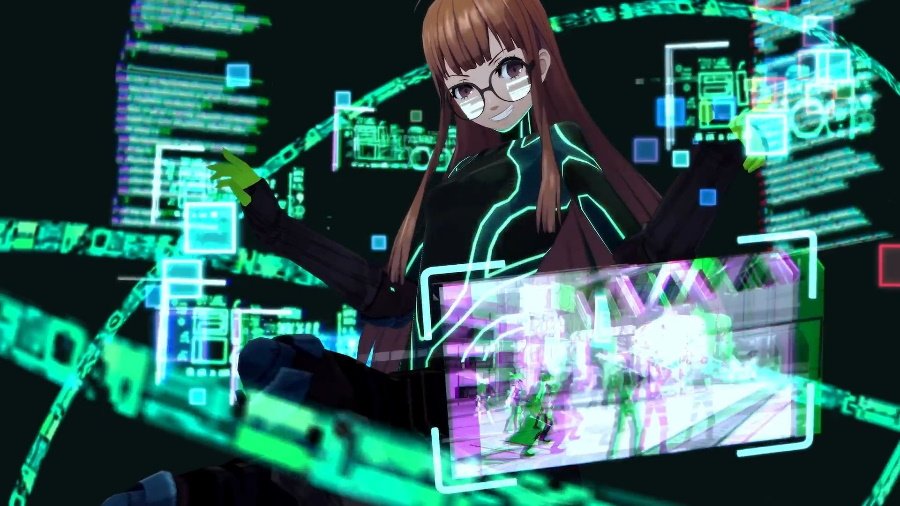 Given Joker’s current real-life situation, becoming a model student is a must in order to make amends for the issues he’s going through. You’ll have to work on boosting the Knowledge, Guts, Proficiency, Kindness, and Charm stats from the day-to-day activities you participate. And once you want to advance time so that you can carry on with the next day in your quest, going to bed will take care of it. The stuff you can do during each day is limited, so you’ll need to plan accordingly and schedule as needed, or else you might miss out on a bunch of activities and the trophies tied to them!

Yes, Persona 5 Royal has a full trophy list with a Platinum trophy. If you’ve played Persona 5 Royal on PlayStation 4 then you’ll know what to expect, since it features a separate but identical list. There are 44 Bronze trophies, 7 Silver trophies and a single Gold trophy. Trophy hunters out there do need to know that, other than the story-related trophies, pretty much all other trophies are missable! On top of that, you’re looking at 100+ hours to get your Platinum trophy if you do everything right. You can maybe cut that down by 10 hours or so by playing in the lowest difficulty setting and making the most of the very powerful DLC Persona included with your purchase. 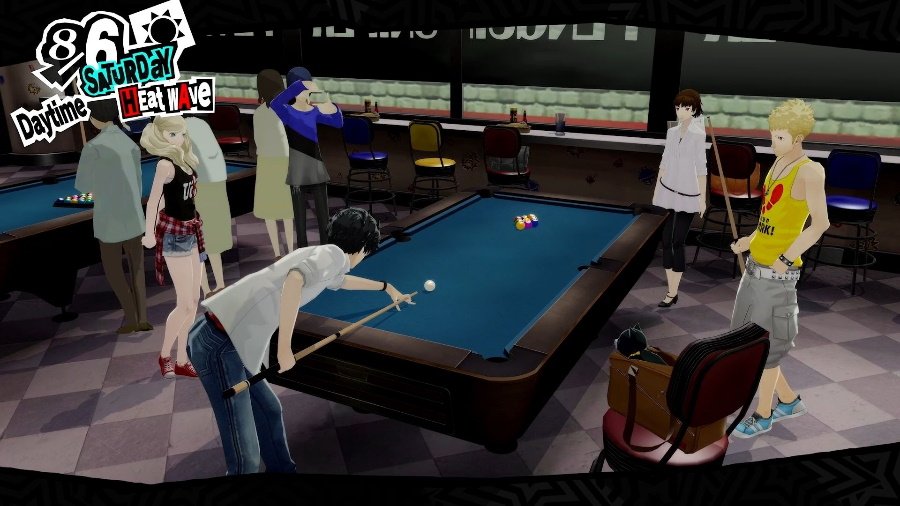 Persona 5 Royal is the best JRPG on the console. If you’ve yet to dive into Persona 5 Royal on PlayStation 4 and own a PlayStation 5 console, then buying the PlayStation 5 version is the way to go. The gam is out with a $59.99 asking price, and your purchase will give you the definitive version of the game with all previously released DLC available at no extra cost, as well as a game that runds at 60 fps at a 4K resolution. A short adventure this is not, so you can expect to spend 100+ hours working your way through everything that Persona 5 Royal has to offer.

Disclaimer
This Persona 5 Royal review is based on a PlayStation 5 copy provide by Sega.

The best JRPG on PlayStation 5