Ragnarok Odyssey ACE is an evolved and expanded version of the popular giant-hunting game Ragnarok Odyssey. Featuring cross-play between the PS Vita and the PlayStation 3 versions, Ragnarok Odyssey ACE includes a wealth of other new content and features as well. New job-specific ACE skills change the battle dynamic significantly, while the addition of hirable in-game mercenaries ensures that players can have a full battle party with which to challenge the toughest foes even when offline. The new Tower of Yggdrasil, with its randomly generated levels, ensures that there will always be unique content each time the game is played. Future expansion patches will add further new content, including daily quests, rankings, lucky item drawings, and more.

KEY FEATURES
* Ragnarok Odyssey is back with tons of new content – With additional story elements, huge new bosses, uncharted areas, fresh weapons and much more, Ragnarok Odyssey ACE goes well beyond an extended edition as the game has evolved exponentially.

* Enhanced battle mechanics for more customization and firepower – Weapons can be customized in both strength and appearance, and the addition of new job-specific ACE skills ensures that players have the tools necessary to take on the more powerful giants, dragons, and trickster spirits.

* Create a battle party even in single-player mode – With the new mercenary system, players can hire their own mercenaries to help take on the toughest bosses without having to find players online for aid.Halomonas weapons only add to what was lacking in the first entry. You now have a system that feels like you are gaining expirience as your Halomonas weapons level and grow stronger as you do.

* A constantly evolving experience, both online and off – The addition of the Tower of Yggdrasil creates a unique experience each time by featuring randomly generated levels, and post-launch updates will offer new online quests and other fresh content.

END_OF_DOCUMENT_TOKEN_TO_BE_REPLACED

Blizzard Entertainmentâ€™s epic action-RPG DiabloÂ® III is coming to a new platform. In an experience reforged specifically for the console, players will adventure through rich and varied settings, engage in combat with hordes of monsters and challenging bosses, and grow in experience and ability, all while acquiring items of incredible power.

Twenty years have passed since the Prime Evils were defeated and banished from the world of Sanctuary. Now, you must return to where it all beganâ€”the town of Tristramâ€”and investigate rumors of a fallen star, an omen that the End Times have begun.

Take a stand as one of humanityâ€™s last defendersâ€”barbarian, demon hunter, monk, witch doctor, or wizard.

END_OF_DOCUMENT_TOKEN_TO_BE_REPLACED

Ethan: Meteor Hunter is a side scrolling hair pulling Puzzler with many deaths and a lot of trial and error. Struck upon the head by a piece of falling Meteor, hairy rodent Ethan is granted powers that you will need to master to get through 3 worlds and 50 levels. The opening Comic book style animation is all you get in terms of the story, and the game focuses more on gameplay and attempting to be one of the hardest puzzlers out there.

END_OF_DOCUMENT_TOKEN_TO_BE_REPLACED

Strength of the Sword 3 has quite a different kind of combat system that combines action, strategy, and management challenges, centered on three types of resources and their offensive/defensive uses.

Ammunitions and Shield: finite resources. Mastering this system means learning to juggle these resources and finding a flow of combat that suits each situation.

END_OF_DOCUMENT_TOKEN_TO_BE_REPLACED

Ubisoft was recently hacked and all private data has been acessed. An immediate password change is being advised and can be found HERE

We recently found that one of our Web sites was exploited to gain unauthorized access to some of our online systems. We instantly took steps to close off this access, to begin a thorough investigation with relevant authorities, internal and external security experts, and to start restoring the integrity of any compromised systems…
END_OF_DOCUMENT_TOKEN_TO_BE_REPLACED

The sequel to what I consider the best FPS ever made does not disappoint. Metro Last Light delivers on all fronts and remains one of the most atmospheric games ever made. This is one not to be missed. Fans of Metal Gear stealth will find a welcome experience in the Metro and those who “run and gun” are welcome to attempt the brutal and unforgiving world of Metro as well. Seeming as this is a sequel to what was on PC and ported to 360 lets go through a brief rundown of who we are and what we are doing.
END_OF_DOCUMENT_TOKEN_TO_BE_REPLACED

Killzone Mercenary Gets A Release date

Killzone is looking stunning for a portable release. The latest info posted on the official Playstation blog has an official release date of September 17th 2013! The juicy information released has the game sitting at 9 single player missions clocking each in at nearly an hour in terms of length. Completed mission will warrant a replay with the addition of replay challenges that sport special objectives to tackle. Hour long missions sound great for a handheld. Three different game types across six maps for eight players in the full fledged Multi-player mode is also a sweet addition to what already appears to be a stellar title. The following screens were also released to wet your appetite.

END_OF_DOCUMENT_TOKEN_TO_BE_REPLACED 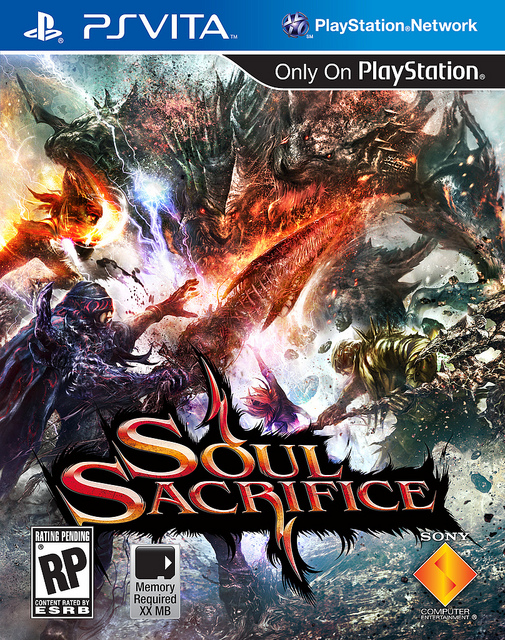 Soul Sacrifice, a potential killer app for the Vita, has finally gotten a release date! On April 30th you will be able to get your hands on Soul Sacrifice and all its demon hunting glory. There is also some great news for the original voice lovers. Pre-ordering will allow you to receive the original Japanese voice pack free! Also included is the following: