Ceidz is the Owner (along with EdEN), Contributor and Webmaster of PS3Blog.net, and he works as a Software Developer. He has three passions in life: His wife and four kids (including twins), PlayStation (and Nintendo) gaming, and his work. His favorite game genres are JRPGs and platformers. He's been writing gaming posts since 2010 and reviewed well over 300 games.

Agarest: Generations of War 2 (Record of Agarest War 2 in the US) is a Tactical-RPG developed by Idea Factory, Red Entertainment and Compile Heart, and the third game in the Agarest series.

Agarest games are known for being very long RPGs (60h+) in which you fight for a cause involving the entire world while gaining affinity with your party members. Like in the previous iterations, the campaign is split into 3 Generations. When one Generation ends, a child will be born from your union with a girl in your party and this child will be the leader of the next story segment.

END_OF_DOCUMENT_TOKEN_TO_BE_REPLACED 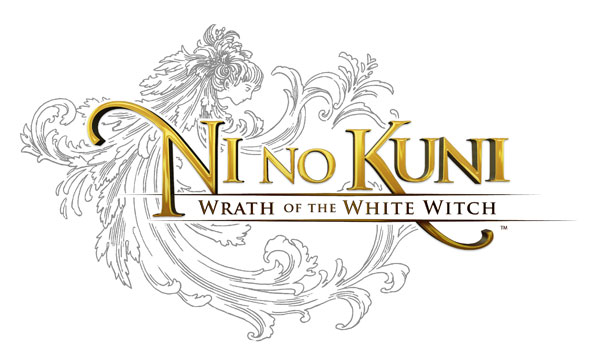 Ni no Kuni: Wrath of the White Witch, a heart-warming tale of a young boy named Oliver, who embarks on a journey into a parallel world in an attempt to bring his mother back from the dead. Along the way, Oliver makes new friends and adopts many of the wonderful creatures that inhabit the world, raising them to battle other creatures on his behalf as he takes on formidable enemies. Developed by LEVEL-5 alongside Studio Ghibli, the legendary animation studio, Ni no Kuni: Wrath of the White Witch combines beautiful animated visuals, masterful storytelling and a sweeping score into an epic role-playing adventure like no other.

A demo for the upcoming JRPG Ni no Kuni: Wrath of the White Witch is now available on the PSN. This is one of the upcoming games I was the most hyped to play in early 2013, and I’ll share with you my impressions of the demo.

END_OF_DOCUMENT_TOKEN_TO_BE_REPLACED

Say it with SunFlowers! Take control of the Sun, grow the most beautiful flowers and offer them to your soulmate or your friends.

SunFlowers for the Playstation Vita (and iOS) is an Indie game developed by The Game Atelier. This casual game, at a budget price ($3.99), is pretty fun and could very well entertain you between bigger gaming sessions!

END_OF_DOCUMENT_TOKEN_TO_BE_REPLACED

The Agarest series is known for its particular tactical gameplay, but also for including a dating sim mechanic (called Soul Breed), in which the player must raise its affinity level with the women in the party in order to marry one of them! The resulting child inherits its parents statistics and continues the story a few years later on a new generation. This game features a lengthy 70+ hour campaign and spans two generations.

END_OF_DOCUMENT_TOKEN_TO_BE_REPLACED

So, you played Tales of Graces f and Final Fantasy XIII-2 earlier this year, and were wondering what is the next JRPG you could play before Ni No Kuni or Tales of Xillia are out?

If you havenâ€™t played it yet, Star Ocean: The Last Hope International (2010) is an awesome game that can keep you entertained for a long time (or a very long time if youâ€™re aiming for the Platinum Trophy!).

Star Ocean: The Last Hope International is the fourth entry, and the Star Ocean series prequel. This game has been developed by Square Enix and Tri-Ace and was originally released in 2009 exclusively for the Xbox 360. It has been ported with a few enhancements the following year on the PlayStation 3, as the International version.

END_OF_DOCUMENT_TOKEN_TO_BE_REPLACED

Hi Canadian Gamers! So, you haven’t bought a PS Vita yet because you’re waiting for a killer deal?

As relayed by RedFlagDeals.com, if you buy a PS Vita on Amazon.ca by September 10th, you can grab Uncharted: … END_OF_DOCUMENT_TOKEN_TO_BE_REPLACED

Have you always wanted to be a world-renowned chef, but opted for another career instead? You can finally make your wish come true with Order Up!!. In this cooking game created by SuperVillain Games, you’re playing as an ambitious chef whoâ€™s starting at the bottom of the ladder in a shack serving hamburgers and fries, who makes his or her own way up to own a world-renowned restaurant.

Order Up!! has been out since 2008 on the Wii. The PlayStation 3 version (available on both the PSN and as a regular game disc) is an enhanced port of the Wii version and has a few new features: a local multiplayer mode, a new restaurant, and even 3D support!

END_OF_DOCUMENT_TOKEN_TO_BE_REPLACED

Are You a Trophy Hunter?

I was reading some news on the internet right after last E3, when I stumbled on a very interesting post over at IGN about PSN Trophies. For those who can’t remember, PSN Trophies arrived in 2008 and introduced achievement-like unlocks for PS3 and PSN games. The post at the link made me realize that a few gamers — including me — have changed the way they play games ever since they appeared!