Beyond: Two Souls: Out of every video game across every device (console/phone/PC) that we’ve seen during the past six years, the one that really captured my daughter’s imagination (who is now 13) the most was Heavy Rain. She normally doesn’t play video games, almost every other game shown wouldn’t grab her attention, but she has literally played through Heavy Rain. Even her friends (who also don’t play games) are tempted to buy a PS3 for this one title. I’m dying to get this new game for her and see her experience it.

Can someone explain how this is different from Uncharted? Uncharted is great, but I have to say, I was hoping for something a little more distinct.

END_OF_DOCUMENT_TOKEN_TO_BE_REPLACED

SuperBot Entertainment is a new game development studio working with Sony on a PS3 exclusive game that will be fully revealed on Thursday.

If Sony as a whole has had one strength, it’s been scouting, cultivating, and retaining game … END_OF_DOCUMENT_TOKEN_TO_BE_REPLACED

Our once favorite Sony exec has joined the dark forces of Microsoft. It’s disappointing, but I can’t blame him for making a move for his own career.

When you first turn on the Vita, it needs to do a system update. DO NOT use your existing PSN/SEN login until after the update is done and you’ve passed the initial setup step. If you … END_OF_DOCUMENT_TOKEN_TO_BE_REPLACED

Top Five Reasons To Be Optimistic About the Vita Platform

#1: Specialized Hardware Has a Place

People buy digital cameras in addition to the cell phone cameras they already have because the quality gap justifies a separate device. In the future, even if smartphones and tablets do eventually catch … END_OF_DOCUMENT_TOKEN_TO_BE_REPLACED 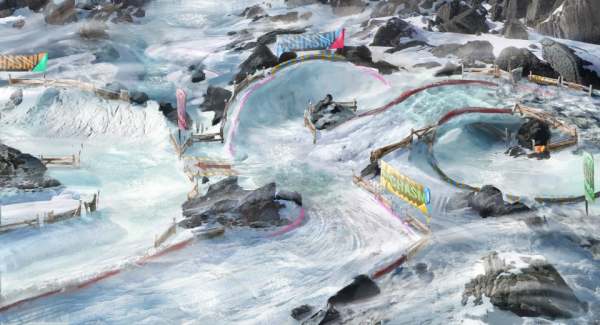 The Vita has several other great launch window games, but this is the one I am really dying to play. This is also the one launch window title based on a largely new game mechanic versus extending an established favorite. RC’s focus on asynchronous multiplayer, with target race lines integrated into every race sounds perfect. I hear a lot of predictable complaints about the lack of a traditional online real time race mode, but that is completely missing the point. Every other race game under the sun already has a traditional real time online racing mode. This game sounds like it is more suited to my play style.

While Motorstorm games are normally full priced $60 titles (and worth it), this game is a budget priced title AND you get both the PS3 and the Vita versions of the game for the same purchase. The PS3 version also has stereo 3D support and local multiplayer options. Nice!
END_OF_DOCUMENT_TOKEN_TO_BE_REPLACED

Yesterday, I got my first hands on with a PlayStation Vita at the Austin Vita Club that Sony has set up. After reading so many previews, I felt like I already knew everything there was to know. However, I had … END_OF_DOCUMENT_TOKEN_TO_BE_REPLACED

This appears to be a publicity stunt, but it’s still an awesome video: