Devil May Cry has been given a reboot and the new Dante has not gone down well with the hardcore fans who were quick to judge like a father with his daughterâ€™s new boyfriend. So when I got a chance to try out the new reboot I was apprehensive myself to see if their concerns are as bad as feared or if they should not be worried by Ninja Theoryâ€™s intentions.

END_OF_DOCUMENT_TOKEN_TO_BE_REPLACED

The first Grand Slam Tennis was originally planned as a PS3 release but EA faulted on its first service, and it never saw the light of day. EA are back with their second try with Grand Slam Tennis 2 which has a few things in its locker: Total Racquet control, tons of official licenses, and full Playstation Move support if youâ€™re feeling active. Now if we could have quiet please, weâ€™ll get started on this review.
END_OF_DOCUMENT_TOKEN_TO_BE_REPLACED

The makers of Heavy Rain, Quantic Dreams, showed off a new tech demo featuring a cyborg named Kara at GDC last week, which was a tad impressive. So what are you doing reading this? Start watching now:

END_OF_DOCUMENT_TOKEN_TO_BE_REPLACED

Cast your mind back to a distant past, November 15 in the year 2011 to be exact. Modern Warfare 3 and Skyrim have just been released and Uncharted 3 has been out for 2 weeks alreadyâ€¦ even Whitney Houston is alive. Need for Speed: The Run was released on this day. Now you might be asking what was so significant about this event to be brought up now? Was Need for Speed: The Run a truly amazing game that slipped us by? Letâ€™s find out in our review. END_OF_DOCUMENT_TOKEN_TO_BE_REPLACED

Ever noticed how Journey’s protagonist is living in a lonely wooooorrllldd? Well Dog Food Films did and made this splendid Journey video, check it out! 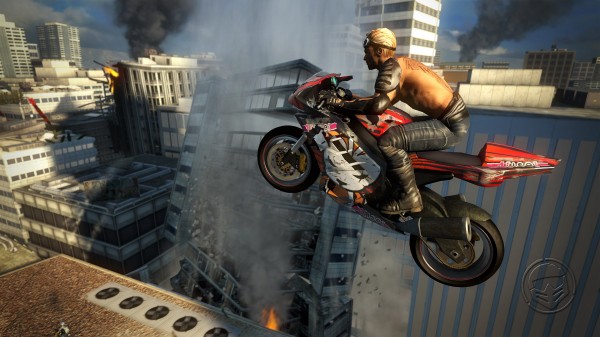 It was an unfortunate release date that Motorstorm Apocalypse had chosen; itâ€™s no fault (pun not intended) of Evolution Studios, of course, but it does almost highlight the lack of reason for these races to be taken place. Like most earthquake-based movies, the plot isnâ€™t the main draw; itâ€™s the spectacular special effects and the chance to witness a horrific event as entertainment. In this instance, the entertainment is stunning; with collapsing buildings, the ground opening up, and even a tornado, there is always something waiting to completely change the track on the next lap.

Apocalypse is the third game in the series (4th if you include the PSP outing) and sticks to the well established formula of racing in dangerous terrain, avoiding environmental hazards, and other racers. After the desert, a pacific island, and the arctic, Motorstorm has headed to urban pastures, but, obviously, this wouldnâ€™t be exciting enough, so enter the earthquake. In fact, it hasnâ€™t even deemed an earthquake dangerous enough, as the Apocalypse subtitle eludes, itâ€™s the end of civilization and there are two warring factions to drive between whilst you race, if the constant earthquakes changing the track wasnâ€™t enough.
END_OF_DOCUMENT_TOKEN_TO_BE_REPLACED 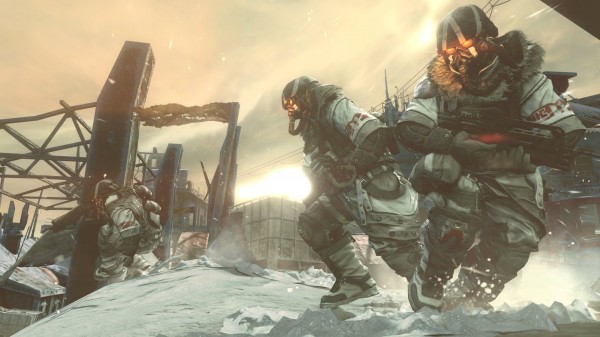 The British Space Nazis are coming! But donâ€™t worry, Sev and Rico are on hand to quell their invasion by ignoring orders, shooting a lot and using a variety of vehicles to well shoot a lot more. It may aspire to be like a gritty war movie but it actually shares more in common with a classic buddy flick. Sev and Rico are like a videogame equivalent of Tango & Cash, Riggs & Murtaugh or even Neal & Del from Planes, Trains & Automobiles as they journey across Helghan via, Tanks, Exoskeletons, Infiltrators and whatever else they can get their hands on. Heck they even scream in unison whenever they crash each said vehicle… which is pretty much every time they get in one. I kept expecting one of them to quip â€œI’m getting too old for this sh*tâ€! Thankfully they are not but is Killzone 3 in the zone or a helghastly abomination of a videogame that ought to be killed?Â