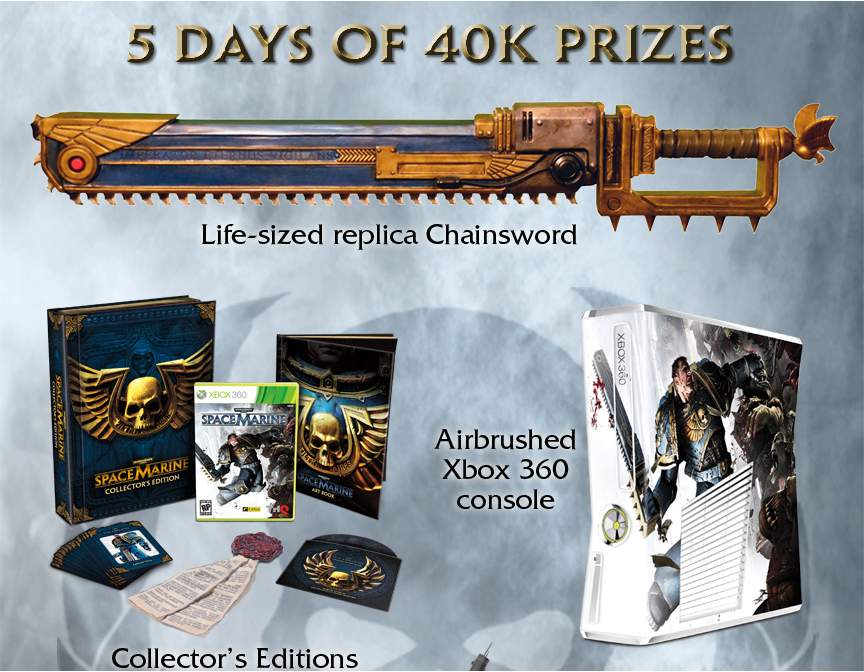 Commencing on Thursday 1st September at 12:00 AM (PT) there will be a daily giveaway on Warhammer 40k: Space Marine’s Facebook page until the 5th September at 11:59 PM (PT). This â€˜Five Days of 40kâ€™ promotion will include money-canâ€™t-buy objects as well as digital content and other Space Marine collectibles. Users can enter after they â€˜likeâ€™ Space Marine on Facebook.

Space Marine looks to be filled with tons of action, and is said to have some RPG elements implemented as well, as your unit will be somewhat customisable. You play as a space marine fighting off an alien orc invasion. You will definitely be fighting along side a squad, however any command of that squad, as well as co-op or multiplayer options are being held tightly under wrap a this time. There are also hints to other races, and possible vehicle involvement.