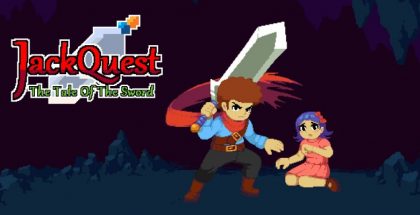 END_OF_DOCUMENT_TOKEN_TO_BE_REPLACED

Morphite on PlayStation 4 a first-person release in which you’ll explore the unknown for resources. Learn more about this one in our Morphite review!

END_OF_DOCUMENT_TOKEN_TO_BE_REPLACED

SiegeCraft Commander is a real-time strategy tower defense game, with wonderful cartoony graphics. The title can be played by people of all skill levels. If you have never played a game in the genre, this is a great starting point since the gameplay mechanics are not very complicated. The story in the game is told in a story book format, which is really nice – the pages turn as each character speaks in a conversation. Do you want to learn more about this fun release? Then come read our SiegeCraft Commander review!

END_OF_DOCUMENT_TOKEN_TO_BE_REPLACED

Blowfish Studios took Gunscape to Kickstarter in 2014 and sadly didn’t meet their initial goal. I remember seeing the campaign and watching the pitched video, and it didn’t exactly blow me away since the graphics were quite poor, and the quality of the video itself was too poor. Also, the funds they were are asking for was simply too low for the size and scope of the game they were planning, so I stayed away thinking thinking the game will just become vaporware. I like it when games studios prove me wrong. Not only did they release the game for PC, but for all other platforms as well! I congratulate them for pulling it off on their own in two years since their Kickstarter – it shows they had true determination to bring Gunscape to the masses.