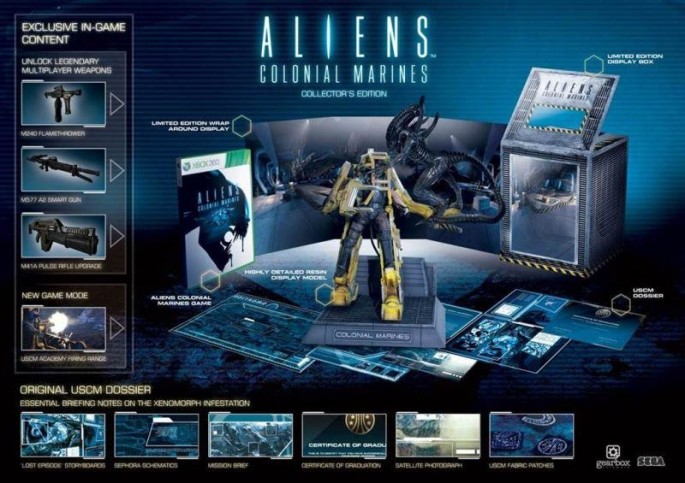 Remember Aliens: Colonial Marines? Developed by Gearbox Software (Brothers in Arms, Borderland) and published by SEGA, this squad based FPS was lost in developments for a while now. Recently a picture of what appears to be the collectors edition of the game found its way to the online communities. The release date and the price for this CE are not yet confirmed.

This collectors edition will include the following: