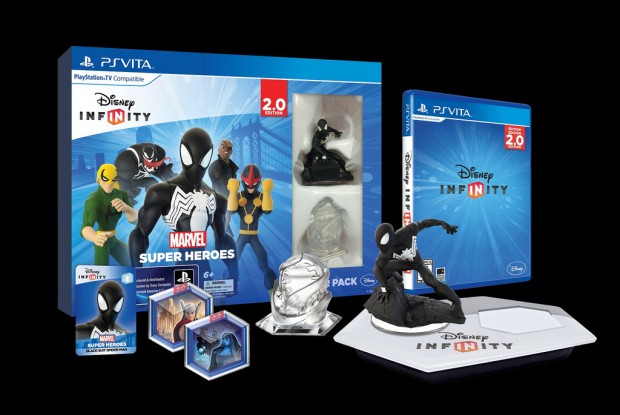 As you can see from the image above, Disney Infinity 2.0 will finally see a release on PlayStation Vita on today thanks to work of Panic Button Games who worked for months on porting the game to Sony’s portable console. Exclusive to this version is the Black Costume Spider-Man figurine in the image. Want to see how he looks in the game? Then click after the break.

END_OF_DOCUMENT_TOKEN_TO_BE_REPLACED

Majesco Entertainment Company and Disney Interactive have joined together to start development of an original video game based on the animated hit Disney television series Phineas and Ferb.

Check out Disney Interactive’s first of a series of gameplay vignettes for Disney Epic Mickey 2: The Power of Two.

The first game was great, and this one is looking to be much better. I can’t wait to get my hands on it!
END_OF_DOCUMENT_TOKEN_TO_BE_REPLACED

“Disney Epic Mickey 2: The Power Of Characters” Behind The Scenes Video

This game has actually got me really excited. The co-op portion is going to be loads of fun playing this with my daughters!

If you want to check out some new screens, as well as more info on the game, hit the jump.

END_OF_DOCUMENT_TOKEN_TO_BE_REPLACED

This video shows an exclusive behind-the-scenes look into the making of the DISNEY EPIC MICKEY 2: THE POWER OF TWO video game.

I personally can’t wait to get this game and play it with my daughters.

END_OF_DOCUMENT_TOKEN_TO_BE_REPLACED

Disney / Pixar’s Brave is coming this summer, and there will be a third person video game to coincide. The movie looks great, and so does the game!

A third person action-adventure, â€œBrave: The Video Gameâ€ expands the tale beyond … END_OF_DOCUMENT_TOKEN_TO_BE_REPLACED

Disney’s Epic Mickey 2: The Power of Two is Coming to the PS3

Epic Mickey is the only game I have played on the Wii all the way through. It was a great game, and I am extremely excited to see part 2 coming to the PS3.

Disney Epic Mickey 2: The Power of Two, will allow drop-in, drop-out 2 player co-op, and be fully dualshock and PS Move compatible. You will play as Mickey, with his magical paint brush that wields paint and thinner, and for the first time ever, as Oswald the Lucky Rabbit, Walt Disneyâ€™s first cartoon star, with his powerful remote control that allows him to command electricity. Mickey and Oswald will return to Wasteland, an alternate world filled with 80 years of forgotten Disney characters and theme park attractions, and work together this time around. “The new co-op play combined with enhanced in-game physics will further enhance the idea that â€œPlayStyle Mattersâ€ â€“ a unique approach to gameplay pioneered by Warren Spector where players dynamically tackle different challenges in order to explore all possibilities and storylines, but with consequences for their chosen actions.”

Hit the jump for the much more details, the full press release, and some great screenshots.