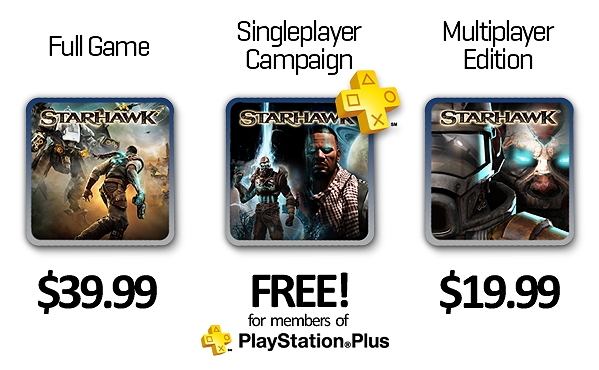 On September 25th, we will have three ways to experience Starhawk on PSN. First, the full edition, available for $39.99. Second, the Starhawk: Multiplayer Edition, including all updates, available for $19.99. Last, is the Starhawk singleplayer campaign, free for PlayStation Plus members.
END_OF_DOCUMENT_TOKEN_TO_BE_REPLACED

War of the Monsters Released on PSN

Over a year ago, I talked about a game that I fell in love with during the golden age of PlayStation 2. That game was War of the Monsters. To my surprise, on the Official PlayStation Blog, it was revealed … END_OF_DOCUMENT_TOKEN_TO_BE_REPLACED

The eagerly awaited sequel to Warhawk hit the shelves back in May of this year. Before I go on and give you the low down on Starhawk, let’s quickly recap on this series’ first outing on the PS3 as Warhawk.

Warhawk, similar to the Battlefield shooters, is based on a fictional war (between Eucadian and Chernovan armies). Basic principles of the game applied, you can either run around maniacally, shooting everything and everyone in your path or you could make use of the in-game vehicles at your disposal to wreak havoc on the maps.

The game was an instant success, and as a result of this, we now have the sequel – Starhawk.
END_OF_DOCUMENT_TOKEN_TO_BE_REPLACED

Future map packs will be free for Star hawk! In a generation of gaming where you feel nickle and dimed to death just to get a piece of dlc that you felt should have been on the disc in the first place, this is how you launch a game and gain a fan base folks. The team had this to say:

END_OF_DOCUMENT_TOKEN_TO_BE_REPLACED

Starhawk Has Gone Gold and More Info for Beta Testers

Dylan Jobe, President of Lightbox Interactive, gives us all some cool info on Starhawk which will be available next Tuesday May 8th!

END_OF_DOCUMENT_TOKEN_TO_BE_REPLACED 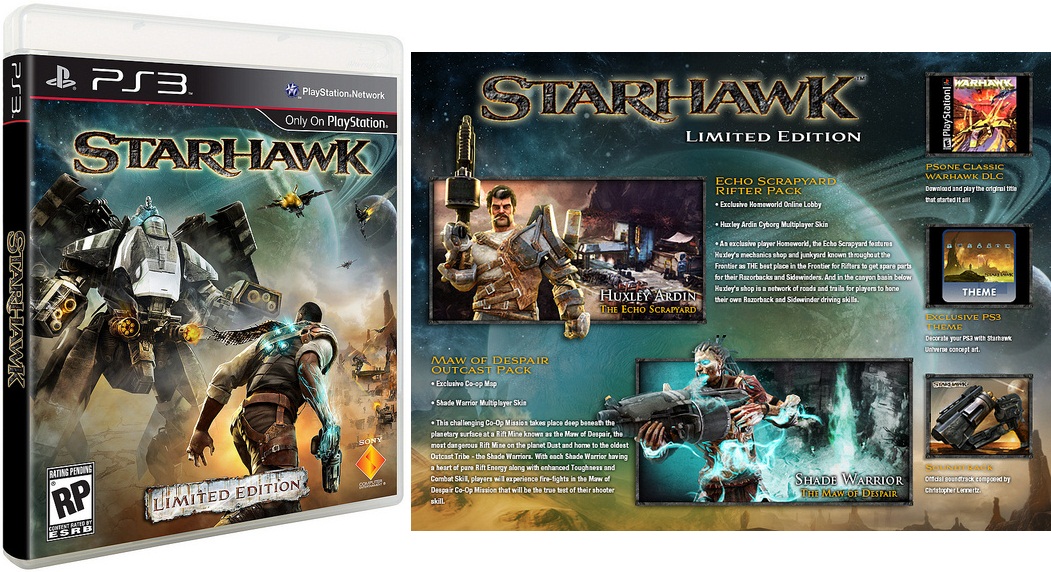 The official PlayStation Blog revealed the limited edition of the upcoming PS3 exclusive third person shooter: Starhawk. The game is developed by LightBox Interactive and Santa Monica Studio and published by Sony Computer Entertainment. It will feature 2-4 split screen multiplayer and 32 players online.
You can acquire the limited edition for no additional costs by pre-ordering the game from Gamestop. The limited edition will include 2 DLC, the original soundtrack and a code to download Warhawk from the PlayStation store.

The Starhawk beta is going public on the 17th! The public testing will allow the team to work out bugs and server issues as well as allow the public to get on what has otherwise been a closed beta up until now.