Are you ready for some old-school dungeon crawling? Then come check out the video below for Class of Heroes 2G which is releasing today on the PSN store! 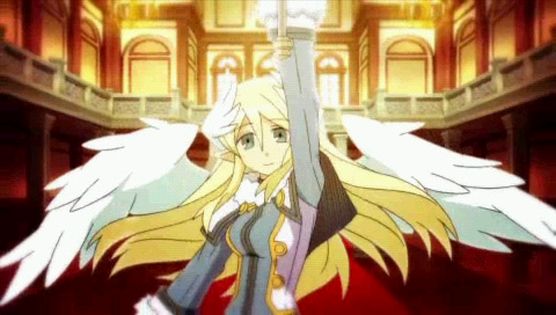 After launching Class of Heroes 2 on PSP and Class of Heroes 2G on PS3 as physical and digital releases, MonkeyPaw Games and GAIJINWORKS are back for another round of dungeon crawling with Class of Heroes 3 for the PSP! That’s right, there is a chance that a PSP game will be released in 2015!

END_OF_DOCUMENT_TOKEN_TO_BE_REPLACED

Wolf Fangâ€™s roots trace all the way back to Japanese arcades and is the sequel to the 16-bit title Vapor Trail. Assemble a battle-ready mech to survive the relentless waves of enemies in this intense run-and-gun shooter.

Customization is a central feature in Wolf Fang with 12 parts to swap in and out. The mechs players create will handle and control differently based on the configuration chosen. That means players will be able to find a loadout that fits their playstyle to accomplish each of the gameâ€™s bullet packed missions.

* Assemble a customized robot from parts you choose

* A campaign to liberate Australia

END_OF_DOCUMENT_TOKEN_TO_BE_REPLACED

In this sequel to a 16-bit original, Pete and Danny are two firemen sworn to fight fires and save lives. When a blaze breaks out at the amusement park on Christmas Eve, the two go into action to rescue trapped citizens. Unlike most action RPGs, The Firemen 2 takes a different approach since Pete and Danny donâ€™t fight goblins or stop world-ending evil, they are battling against flames and time to save the day. Players must use their water nozzle weapons and power-ups wisely, or they will get licked with the intense infernoâ€™s tongue.

Tight controls, a memorable story and local co-op gameplay bring the whole experience together for retro game lovers. The Firemen 2: Pete and Danny is a treasured and unique import that shouldnâ€™t be missed. Just be sure to watch out for the flames.

The Firemen 2: Pete and Danny Features:

END_OF_DOCUMENT_TOKEN_TO_BE_REPLACED

MonkeyPaw Games has decided to continue releasing PSOne imports (that is, games from the original PlayStation that were never released in the US) as part of their 2014 strategy. First up is Double Dragon, which should be out once the SEN store updates today. This is not a beat-em-up like the original games in the series, but a fighting game similar to Street Fighter II. In fact, this Double Dragon release is actually based on the movie and not on the original trilogy… which makes this a weird but fun release!

END_OF_DOCUMENT_TOKEN_TO_BE_REPLACED

Vita Update v1.80 Will Let You Play These PSOne Monkey Paw Games On Your Vita Tomorrow!

Tomba! will be released on PSN on June 19!

The wait will soon be over! Monkey Paw Games has announced that PSX classic Tomba! (a great game that made it over here in such limited quantities, it was almost as if it had never been released) will finally be available once again in the US once the PSN store updates on June 19!
END_OF_DOCUMENT_TOKEN_TO_BE_REPLACED