Namco’s zero gravity third person shooter, Inversion, was first revealed back in 2009 but somehow I can’t recall ever hearing of it. A demo of Inversion was shownÂ last year during Gamescom. The company had previously planned to release the gameÂ sometime … END_OF_DOCUMENT_TOKEN_TO_BE_REPLACED

Fresh after yesterday’s details surrounding Dark Souls, a.k.a Project Dark, a.k.a the spiritual successor to Demon’s Souls, new footage of the dark fantasy has been released courtesy of Eurogamer.Â  While theÂ  gameplay looksÂ similar toÂ Demon’s Souls, you may notice that the … END_OF_DOCUMENT_TOKEN_TO_BE_REPLACED

I started out with the Story mode to test out the “off-rails” version of Time Crisis: Razing Storm. It’s more of a first person shooter in this mode. You aim with the PlayStation Move and maneuver using the Navigation Controller or DualShock 3/Sixaxis controller. I ended up using the later because I don’t have Navigation controller.

There are green icons scattered all over the stage and they are called “G Action” points, which is a cover system. You activate it by going up to it and pointing straight up in the air quickly. When you do this you take cover behind the object for safety and you can reload if you wish. To exit cover you point the controller back at the screen.

END_OF_DOCUMENT_TOKEN_TO_BE_REPLACED

How this one slipped by I’ll never know. The best of Tekken games and fan favorite “Tekken Tag Tournament” will be seeing a sequel in 2011. Not much is known, but you can see it in action above.

END_OF_DOCUMENT_TOKEN_TO_BE_REPLACED

Just a short while ago Street Fighter IV producer Yoshinori Ono and Tekken producer Katsuhiro Harada put on a show for the fighting game fans in the audience before making the big announcements. Capcom and Namco are developing two cross over titles, Street Fighter X Tekken and Tekken X Street Fighter.

Game play for the former was demonstrated at the event. Street Fighter X Tekken is in 2D and is being developed by Capcom. Tekken X Street Fighter wasn’t shown but is under development by the Tekken team at Namco. That game will be in 3D and is rumored to be based off of the Tekken 6 engine.

Both games will be released for the PS3 and 360 but not for a while according to Ono-san.

Actual game play after the jump! (thanks marcus24)

END_OF_DOCUMENT_TOKEN_TO_BE_REPLACED

Lars from Tekken 6 joins the cast of Namco Bandai’s and CyberConnect2’s Naruto Shippuden: Ultimate Ninja Storm 2 this fall as a guest character. You may remember that Naruto artist Masashi Kishimoto designed a special outfit for Lars Alexanderson in … END_OF_DOCUMENT_TOKEN_TO_BE_REPLACED 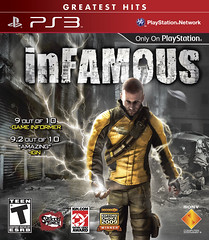 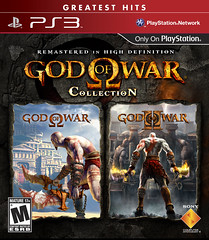 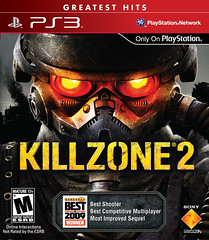 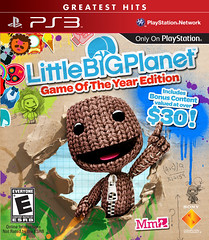 The following 10 titles will be added to the Greatest Hits lineup: