Do you own PS Move? Then this list will make you happy! Here’s an updated list of all the Move enabled games (Move exclusive, enhanced or with extra Move content included) to make the most of your $100 purchase (since most of you got it in a bundle, right?). Full list after the break:

END_OF_DOCUMENT_TOKEN_TO_BE_REPLACED

House of the Dead: Overkill (Extended Cut) on October 2011 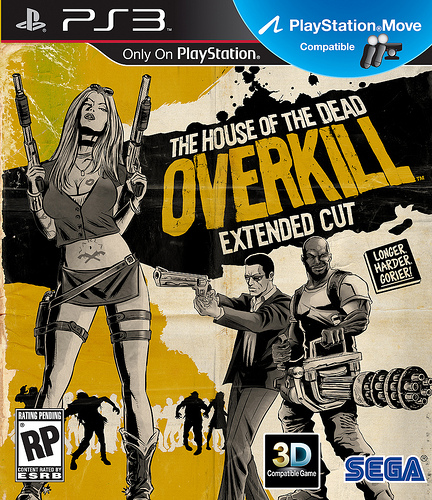 One of the best Wii games ever is now getting a port over to the PS3 as a retail product with two extra levels, HD visuals, trophies, Move and 3D support and aaaaaaaaaall of the awesome dialogue, feeling and atmosphere that made this a must buy for all Nintendo owners. How soon can Sony console supporters get their hands on this very fun game? October. October 25 to be exact.

END_OF_DOCUMENT_TOKEN_TO_BE_REPLACED 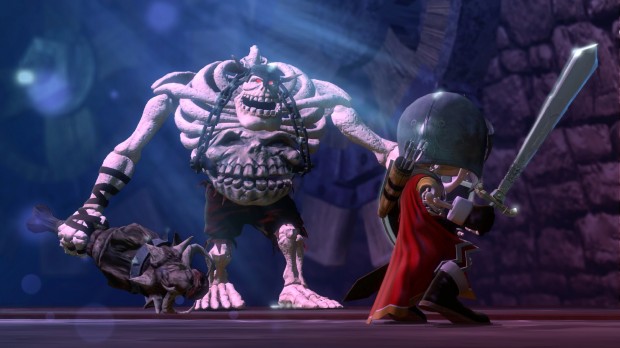 Back when the Move came out, you could buy it bundled with a little piece of software called Sports Champions, which really helped showcase the accuracy of the Move. Well, Zindagi Games and San Diego Studio, the team behind the Move launch title, have announced another Move game, called Medieval Moves: Deadmund’s Quest, at Sony’s conference last night.

According to Sony, the game’s story revolves around an evil sorcerer, Morgrimm, that invaded Prince Edmund’s Castle to take over the kingdom with an army of undead skeletons. The hero, Prince Edmund, has also been transformed into a skeleton, but he is on a quest to stop the invasion and Morgrimm to get his kingdom back.

END_OF_DOCUMENT_TOKEN_TO_BE_REPLACED

As far as hardware and accessories goes, one of last night’s announcements at Sony’s press conference was for the Doomsday Edition of Resistance 3. This will be a good way for players to pick up the title along with a Move, as it includes a PlayStation Eye camera, Move controller, the navigation controller, and, of course, the Sharpshooter Move attachment. You can expect the game, as well as the bundle (at $150), to hit stores on or around September 6th (the North American release date).

You can check the trailer after the jump.
END_OF_DOCUMENT_TOKEN_TO_BE_REPLACED

The PlayStation Move is on Sale at GameStop, and its buy one get one free on the following games: – PlayStation Move Heroes – The Shoot – Start the Party – Sports Champions – TV Superstars – High Velocity Bowling … END_OF_DOCUMENT_TOKEN_TO_BE_REPLACED

You know you want it: SOCOM 4 unboxing pic’s! This is what you’re looking to get in the upcoming SOCOM 4 Full Deployment Edition. You’re getting the game on Blu-ray, PlayStation Move, navigation controller,PlayStation Eye camera, and the PlayStation Move … END_OF_DOCUMENT_TOKEN_TO_BE_REPLACED

This will be the first Ape Escape title to hit the PS3 (at least in North America; this was also already released in Japan in December 2010). This is a series that, I think, more caters to younger and/or … END_OF_DOCUMENT_TOKEN_TO_BE_REPLACED